Breakfast: Gary was off to his acting class. I began with some Earl Grey Tea that Gary had prepared before he left. I heard something out in the hall and realized it was one of our porters. I knew he liked my Flourless Chocolate Cake. I sliced a piece and brought it to him. He ate it right there on the spot and it looked like he enjoyed it. I had given him the recipe a while back and he said it did not turn out as good when his wife made it. I was sad to hear that because I thought the recipe instructions were straightforward. Perhaps not? Next I thought of my friend Marion who lives in our building and will be moving to Florida in a few weeks. I invited her over to say goodbye. I made her a pot of Kukitcha green tea and also offered her a piece of Flourless Chocolate cake. I had to have a piece too. That was breakfast!

Lunch: I nibbled on some celery and carrot sticks that were leftover from the day before and dipped them in Tahini Dressing. Still hungry, I remembered Gary telling me he had poured warmed coconut milk over rolled oats for his breakfast. That sounded really good so I made some for me with a sprinkling of pumpkin seeds. 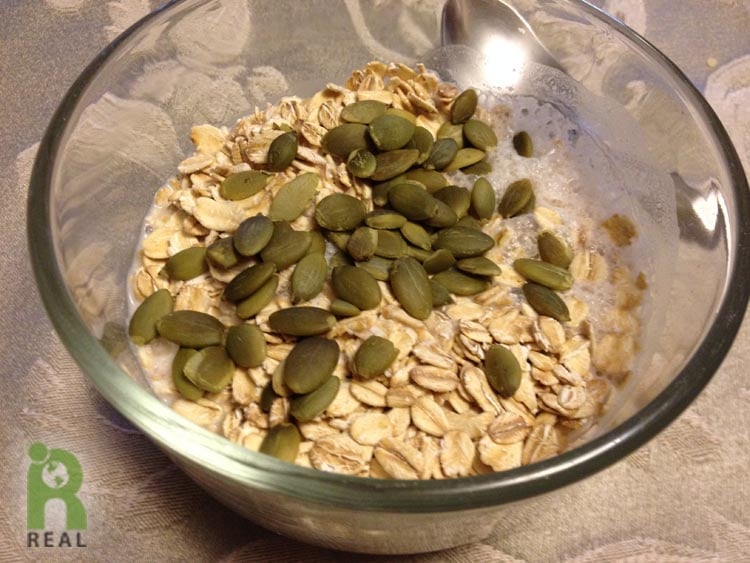 Dinner: I’ve been fighting something for a couple of weeks and it finally bloomed. I was sniffling and feeling wiped out. Miso soup to the rescue! We had some with a little avocado and leftover Tempeh Bacon. 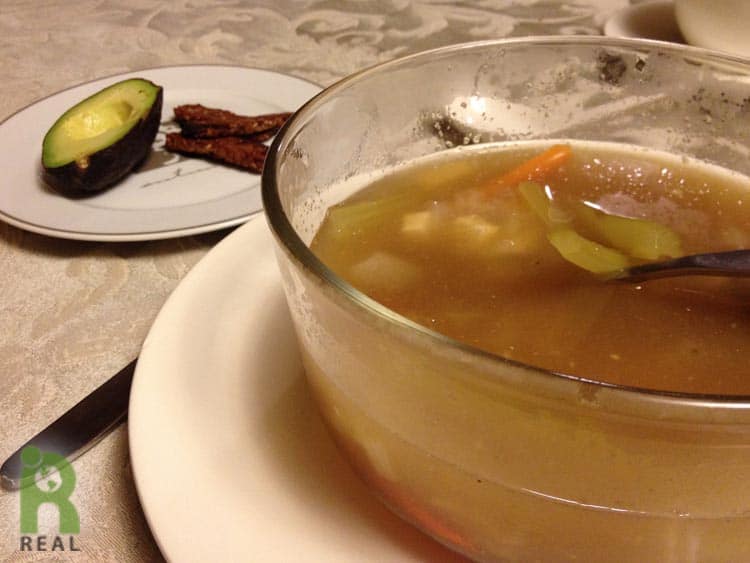