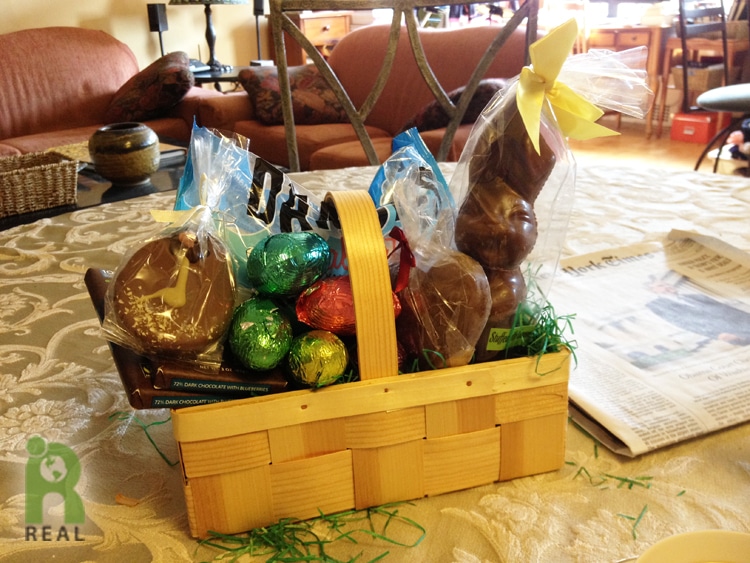 I thought we might have Breakfast Polenta Cereal for Easter morning and as usual Gary had a great idea. There was a little tropical fruit salad left over, made with Papaya, Pineapple and Kiwi. He cooked the polenta with the fruit salad. Wowee! It was the best ever. The fruit went so well with the corn, making it a sunny yellow and giving it a luscious sweetness. I can’t wait to have this one again. Served with Vanilla Black Tea and Soy Milk. 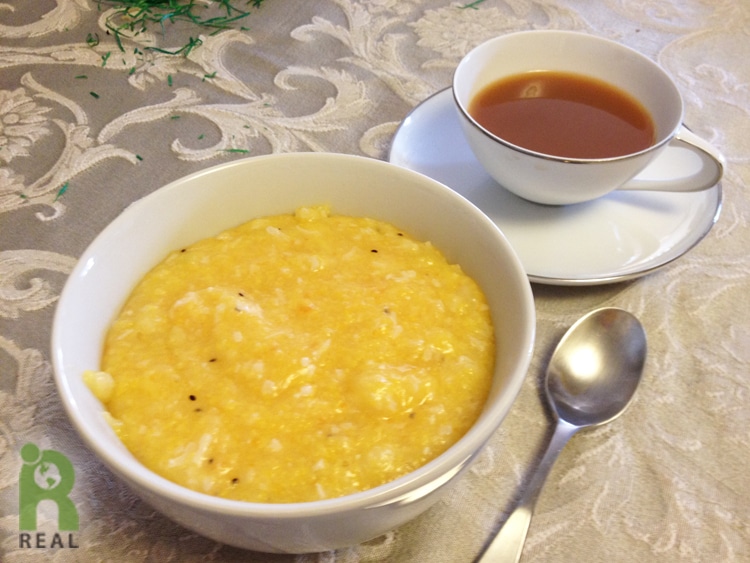 Dinner: We went to see Julian Sands in A Celebration of Harold Pinter at the Irish Repertory Theater. When we started it was a nice day. Instead of taking the subway we decided we’d walk to the Long Island Rail Road in downtown Forest Hills and take the express train to Manhattan which takes exactly 10 minutes. It was a lovely walk! I wore sunglasses and brought along an Easter Bonnet! We arrived at the 34th Street Station and continued our walk to the theater which was on East 15th Street in Union Square. It couldn’t have been a nicer day! We got to the theater early and went into the lobby to pick up our tickets at Will Call and who should we see sitting their in a T-Shirt working on his laptop computer but the star of the show, actor Julian Sands. We said “hello” and thanked him for bringing this important work back to the Irish Rep. He was very charming and polite…he’s British, you know. We walked to The Strand Bookstore and walked and browsed through the shelves and shelves of books. I love bookstores and they are getting harder and harder to find these days so we took extra care to enjoy the feeling of being in one of the best bookstores in the world! We headed back to the theater and thoroughly enjoyed the 70-minute journey (with no intermission) through the mind of Harold Pinter via his protege, Mr. Sands. Another important note is that the play was directed by American actor John Malkovich. It was very enjoyable and I highly recommend you see it! After the play we thought we would try Matthew Kenney’s new 00+Co vegan pizza restaurant. When we left the theater it was no longer a bright spring day. On the contrary, it was a blustery cold spring afternoon, the kind that creeps up on you and leaves you wondering why in the world didn’t you wear a winter coat! I still have a cough (now 2 weeks old) and we didn’t want to have a flu relapse so we walked a little and decided we should go somewhere closer and nearer the subway for a quick return home. We went to Blossom Du Jour near Union Square. Gary got the Un-Chicken Avocado Griller with some hot Earl Grey Tea. 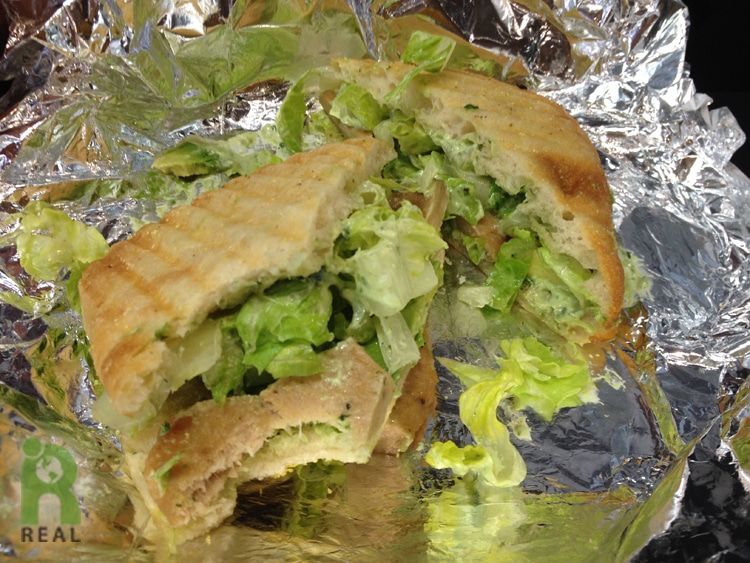 We shared Onion Rings! These were so much fun and yummy. How often do you see vegan onions rings on a menu? 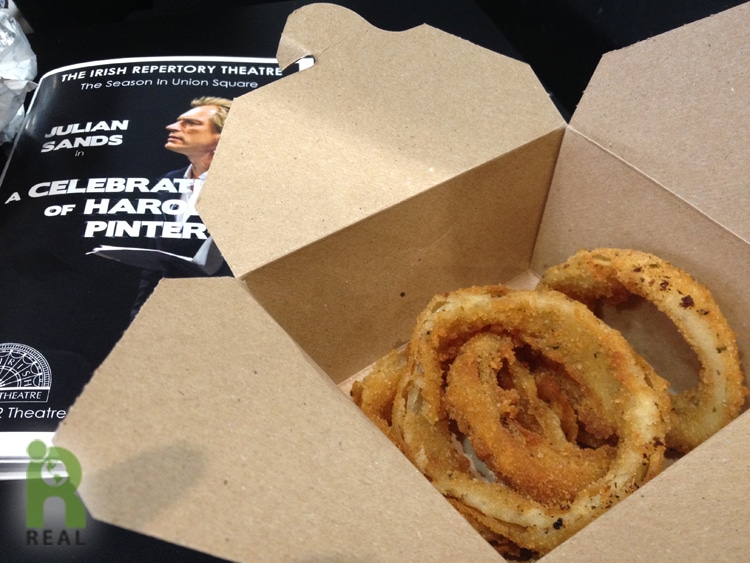 I ordered a hot Lemon Ginger Tea with the Tofu Scramble Wrap. 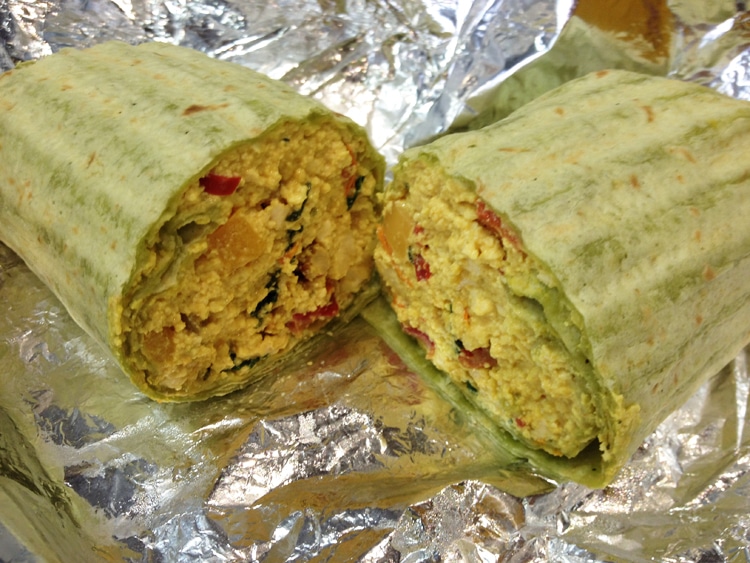 The ride home was a disaster! There had been some problem on the subway line and at every stop the train waited for at least ten minutes. It was cold and we were uncomfortable. Finally we made it home. I made Almond Rooibos Tea as quickly as possible and we sat down to enjoy some of the candy the Easter Bunny had brought. We shared one Dark Chocolate Peanut Butter Egg, One Melk Chocolate Caramel Egg (Melk is how Sjaak spells their dairy-free milk chocolate) and one Peanut Butter Crunch Egg. All our subway traveling troubles melted away… 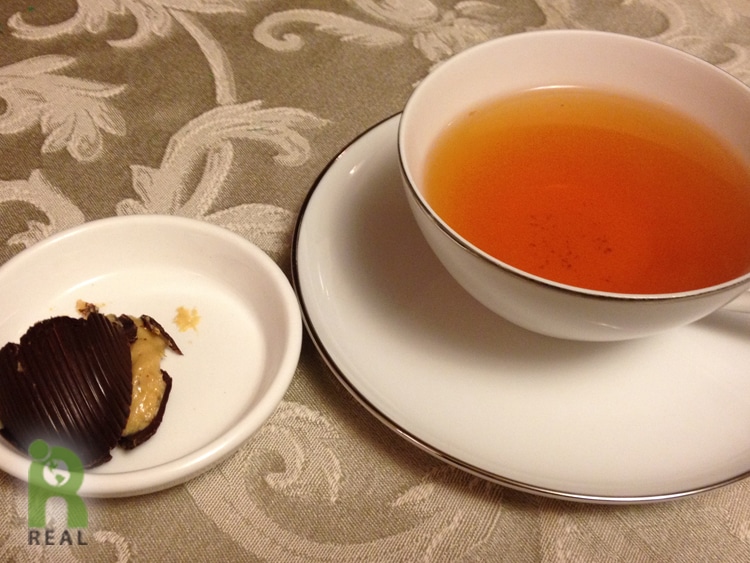 Daily Green Juice: I defrosted my green juice and enjoyed it later in the evening made with Kale, Collards, Celery, Carrots, Lemon, Lime.

Evening: I reheated a Baked Potato and topped it with Tofu Sour Cream. Gary munched on some walnuts.