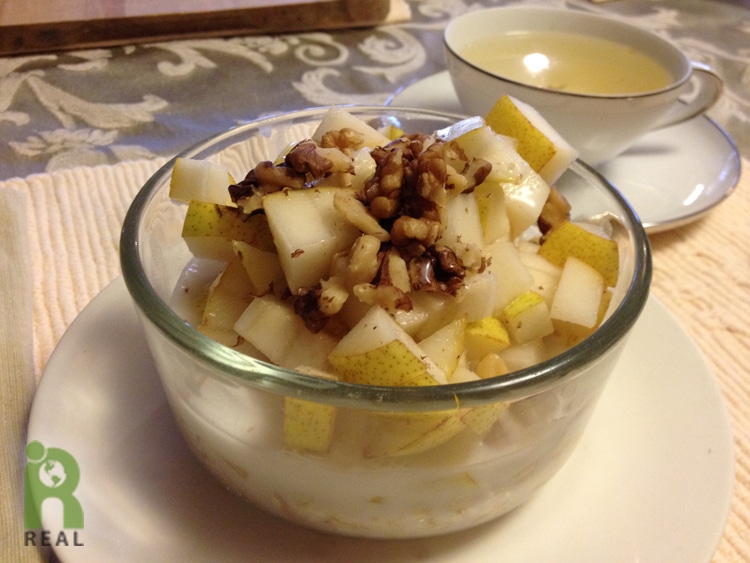 Lunch: Leftover’s joined together harmoniously in this Kale Potato Salad served with Papaya, Avocado and the remainder of Gary’s Chai Tea Apricot Nut Bread. I made a pot of Oolong Tea. 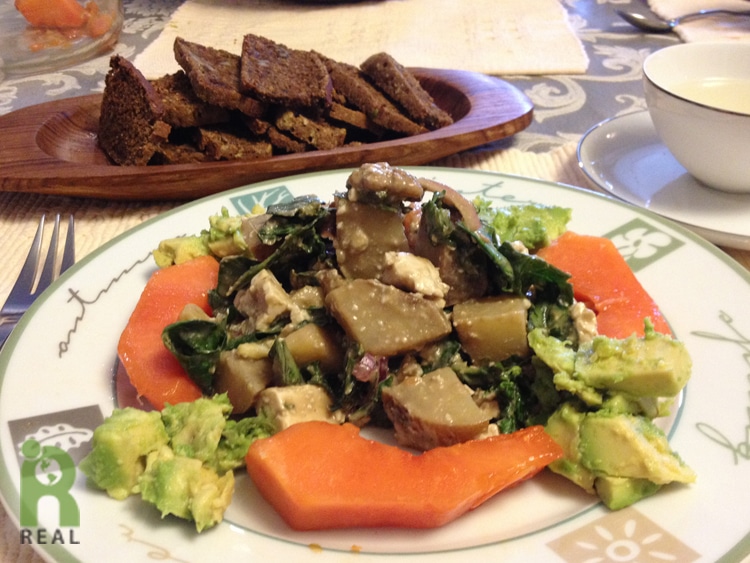 Dinner: As many of you may or may not know, my partner Gary De Mattei moved from a life in The Silicon Valley to New York eight years ago this month to be with me forever. He is very close to his family in the Bay Area so whenever they visit New York City we try and drop everything to spend time with them. Gary’s cousins Lou De Mattei and Amy Tan were scheduled to be in town this week hosting a book launch party for Duncan Clark and we were invited as we always are to events at Amy and Lou’s pied a terre in Manhattan. Gary feels very close to his cousin Lou who sadly stayed behind in California this trip to be with his 101-yearold mother, Gary’s Aunt Regina, whose health is failing and may pass any day now. Gary said, “I’ll be the stand-in for Lou. If there’s enough wine being served people may not even know he’s missing.” Gary does a great imitation of Lou and in the right lighting and with enough wine, which there was, you’d think he was Lou. As a matter of fact, Gary said there was a woman there who thought he was Lou and when she said, “Hello Lou, it’s good to see you!” He just nodded his head and said, “Thank you, it’s good to see you too.” Amy was doing a magnificent job hosting the launch for Duncan’s new book, Alibaba The House that Jack Ma Built which is already generating quite a buzz. Jack Ma’s story is fascinating and Duncan Clark was the right person to tell it. Gary and I remembered when we premiered the Swingin’ Gourmets in San Jose, Lou and Amy attended and brought Duncan Clark as one of their guests. 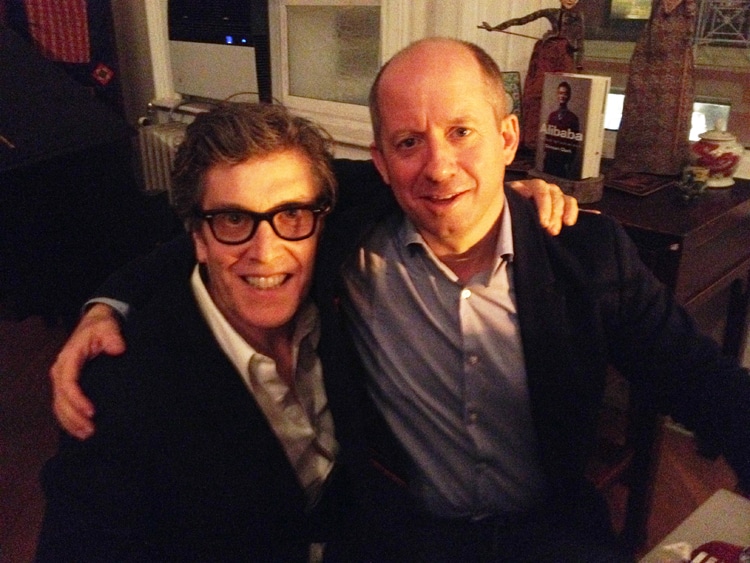 There was a lovely spread of Chinese dishes. I had the Bok Choy with Mushrooms and the String Beans with Brown Rice. 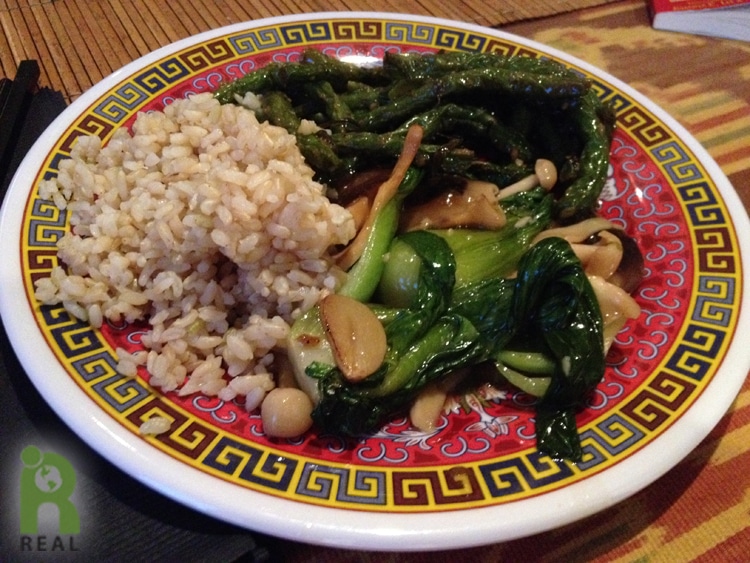 Evening: We met a lot of wonderful people at the book launch and we burned a lot of energy with stimulating conversation. When we got home we were hungry! Gary made oatmeal with almonds and raisins. It was a good way to end the night. 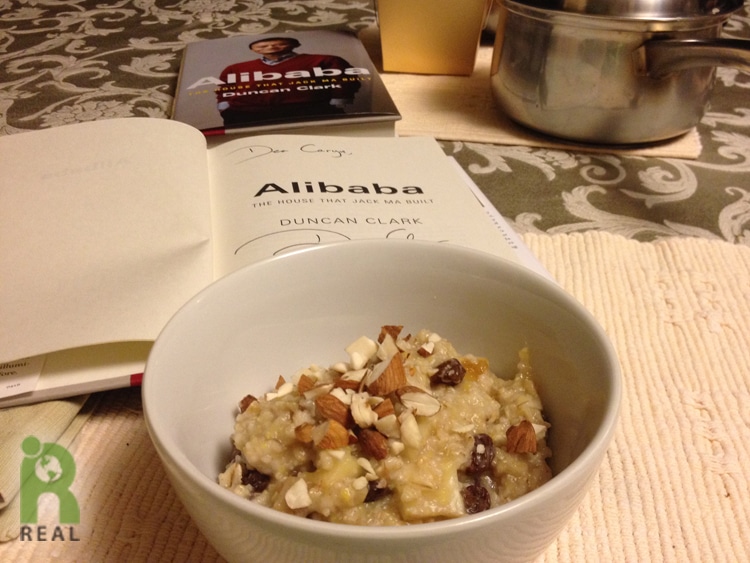