Breakfast: This was a morning of nibbling on Nectarines, Almonds and Bananas plus some Green Tea.

Lunch: I was waiting for Gary to get back and I was hungry. I prepared a big lunch. First I made some fresh Guacamole made with Avocados, Cilantro, lime and Organicville Salsa. Then I tossed Mix Greens and Arugula with Tahini Dressing. I cut up some carrot and celery sticks to be dipped in a little extra Tahini Dressing. When Gary got back he warmed up some Organic Sprouted Corn Tortillas, Tofu and Kidney Beans. Sky Valley Sriracha was poured over everything and we cooled it down with Iced Teavana Rooibos Blueberry Bliss. 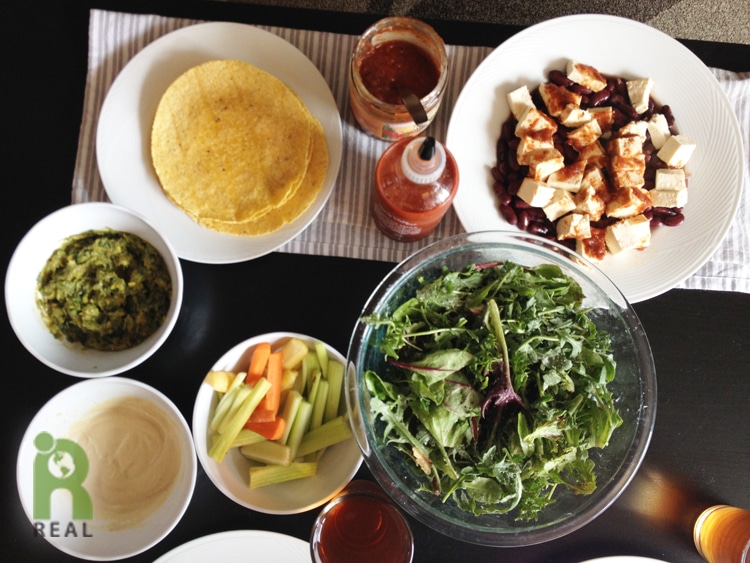 Dinner: It was date night. We were off to see a movie and possibly get a bite somewhere. We wanted to see the movie Genius but it was only playing early in the day at the theater complex we planned to go to in San Jose. We found it playing a little further away in Menlo Park at The Guild. It was time for an adventure. As we headed north I looked for a vegan-friendly place to stop and have dinner at since we’d have some time before the film started. I found Lyfe Kitchen in Palo Alto. I had heard about the fast food restaurant concept a few years back started by some former McDonald’s executives who wanted to offer healthier fare. One of our favorite vegan chefs, Tal Ronnen, created the vegan items offered on the menu. The space is light and airy. You order and pay for your meal at the counter and are given a number to put on your table. Then, the food is expedited by servers to your table on plates and the flatware is heavy duty stainless steel. Such a smart concept. I’ve seen this same system at Veggie Grill, another upscale fast food concept committed to offering vegan fare. Could this be the future of fast food restaurants? If so, I think it goes right along with the title of the movie we saw after our delicious dinner: GENIUS! 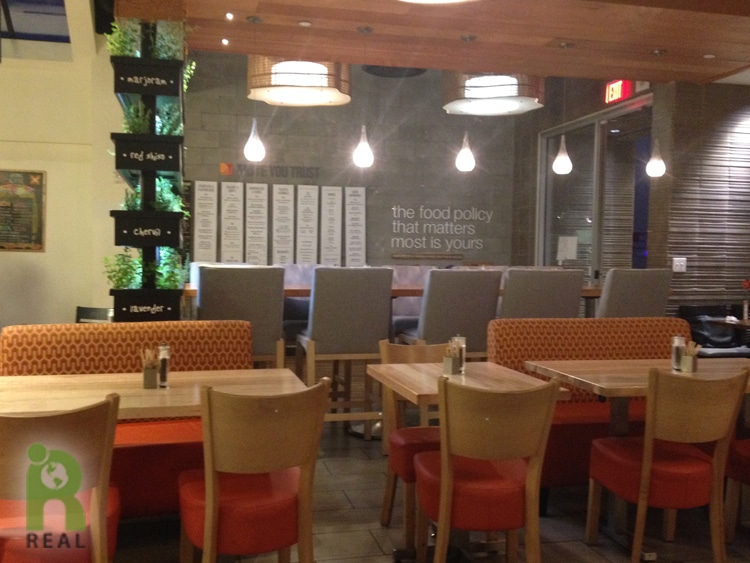 There are inspiring quotes painted on the walls, like this one by T. Colin Campbell. 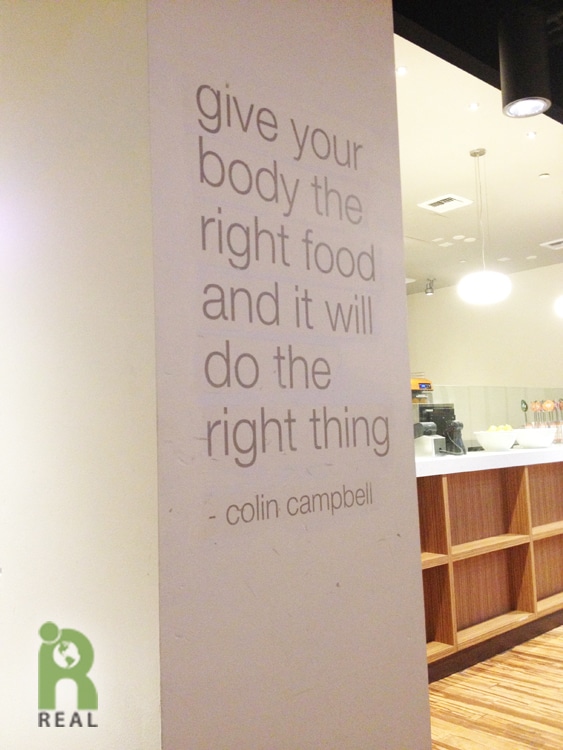 I got the seasonal soup special, Broccoli with Yukon Gold Potatoes. Gary got the Veggie Burger with Sweet Potato Fries. It was fun and we’ll be back! 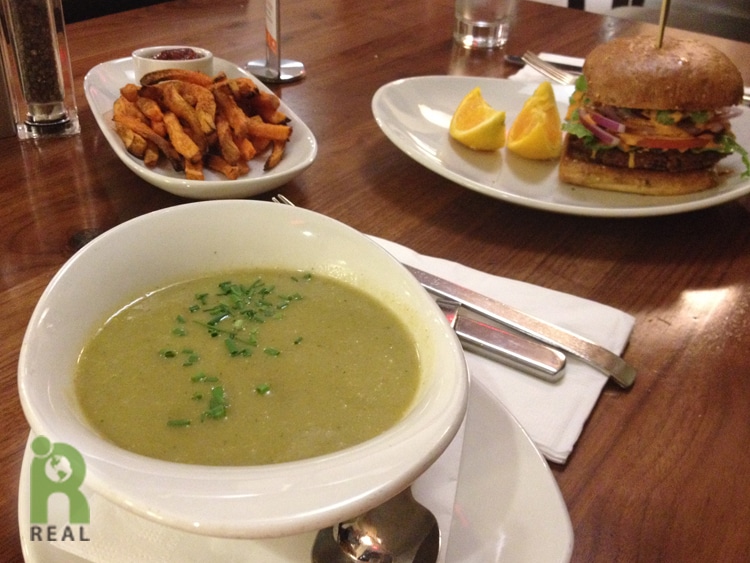 Evening: Exhausted after a long day, we had a little hot Teavana Rooibos Blueberry Bliss before calling it a night.