Brunch: Gary and I planned a brunch at Lyfe Kitchen in Palo Alto for any of our Bay Area friends to come by and say hi while we are in town. We had tried this place out last week and thought it would be a good place to meet people. It has food for everyone. We organized a few tables in the back. I got started with the Chipotle Hash Browns. I had my eye on them the last time we were here. What did I think of them? TOO SALTY! Gary ordered the Breakfast Burrito, without mushrooms. It came with mushrooms. Uh oh. He gave it to me. I tried it and aside from being TOO SALTY, it had Daiya Cheese, which I have mentioned before I don’t particularly care for. I brought it back to have it made without mushrooms for Gary. 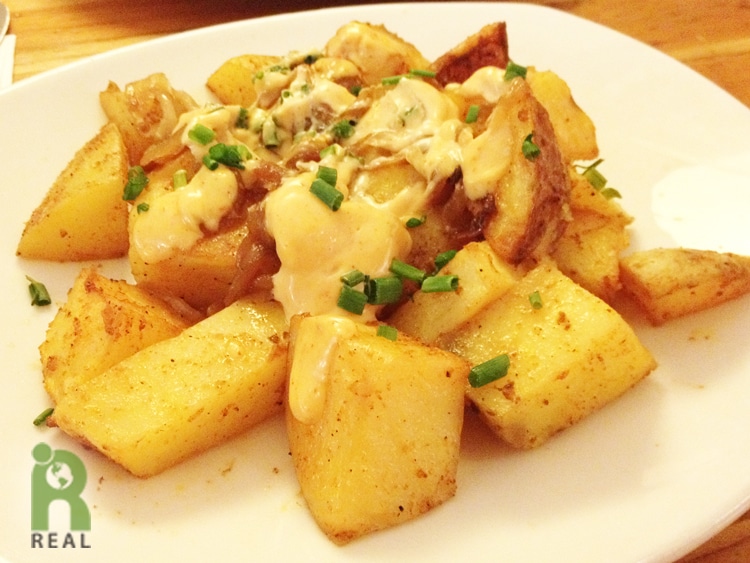 A little later on I had a Chai Tea. I kept the pot in order to get a few hot water refills. Afterwards I ordered the
Kale Banana Smoothie with raw kale, fresh ginger, banana, cucumber, lemon juice. I omitted the apple juice. It was on the small size, but light and refreshing. Gary ordered the Banana Date Smoothie. 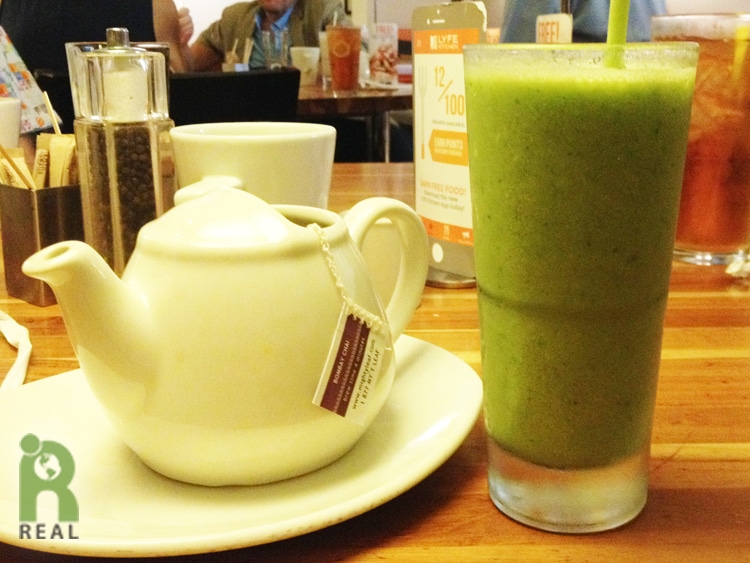 We stayed for four hours. I shared the Edamame Hummus plate with fresh crunchy vegetables and grilled multi-grain bread. I enjoyed the veggies and the bread but the Hummus was TOO SALTY! Time to refill the water glass. 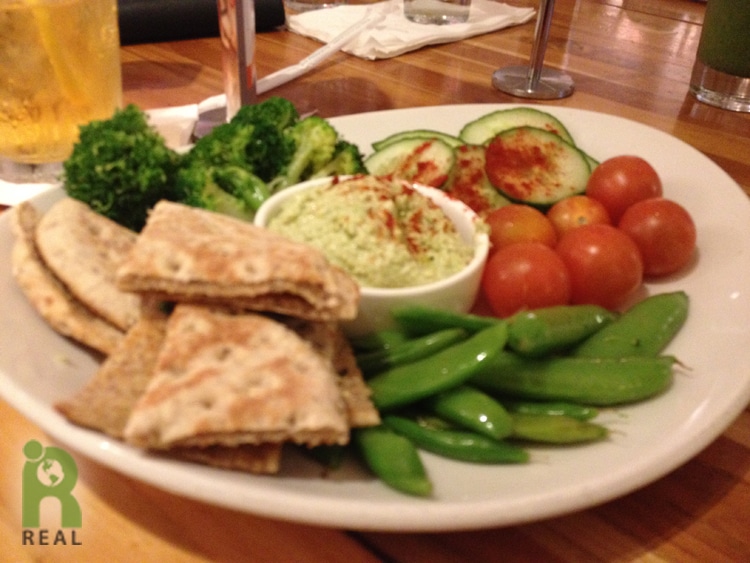 Coffee Break: After our Palo Alto adventure Gary and I drove to Saratoga and walked around. We stopped into the Big Basin Cafe for tea. A couple of guys were playing some mellow music outside. We ordered a couple of teas. Gary got Earl Gray and I got the Chai with Soy Milk topped with Cinnamon. I was so excited to see a selection of vegan baked goods! I got a Peach Turnover. Sitting outside with our luscious teas and treat and fine music was a highlight of the day. Check it out!

Dinner: We had a few very ripe Avocados that were begging to become Guacamole. I made some with Cilantro, lots of Green Onions and Lemon Juice and served it with Tricolore Carrot Sticks and Celery.

Evening: We nibbled on a few Peanuts and Dark Chocolate Chips while starting the Marseille series on Neflix. 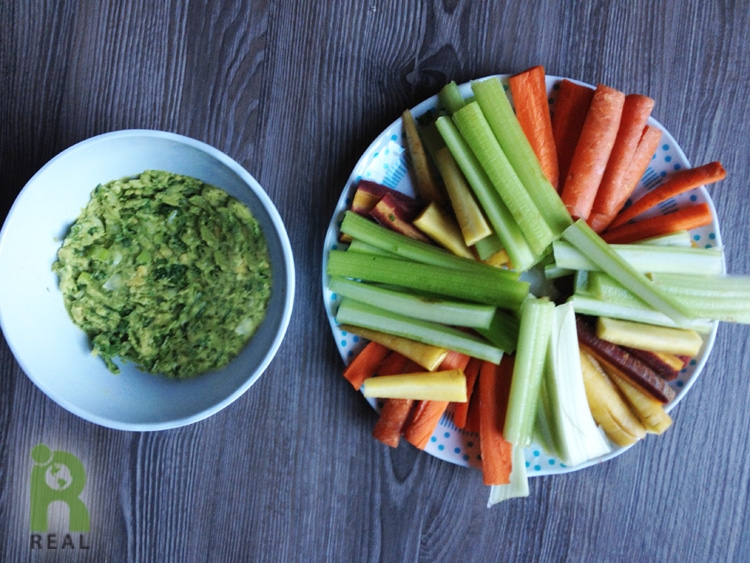