Breakfast: Still trying to adjust to being home in NY after 3 months in Northern California. Nothing feels more like home than pancakes. I surveyed the remaining flours left in the refrigerator and made a giant stack of Buckwheat Pancakes with Blueberry Compote. Bringing back a little NorCal to the table, I topped the Irish Breakfast Tea we purchased in Santa Cruz at The Staff of Life Market with Steamed Soy Milk and a dusting of Cinnamon on top, like we would get at the Big Basin Café in the little village of Saratoga, CA. And of course we ate outdoors on our terrace in Forest Hills, Queens, NYC. Did I mention it’s good to be home? 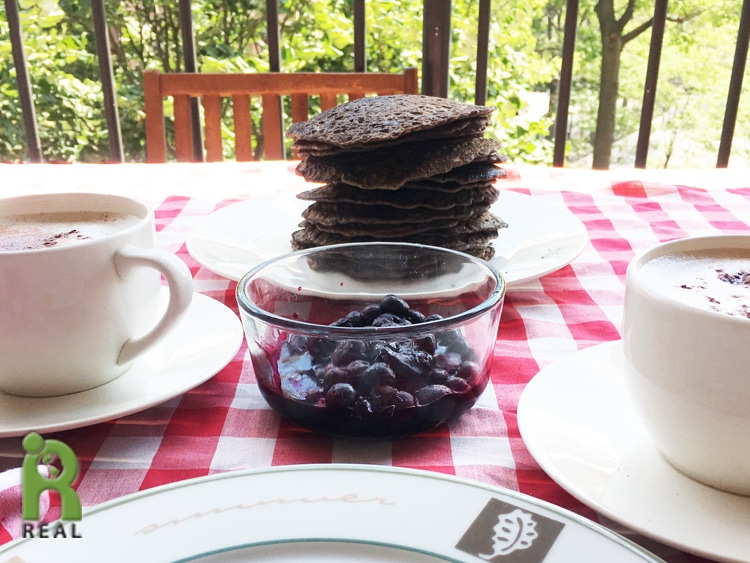 Mm, my plate looks so good. 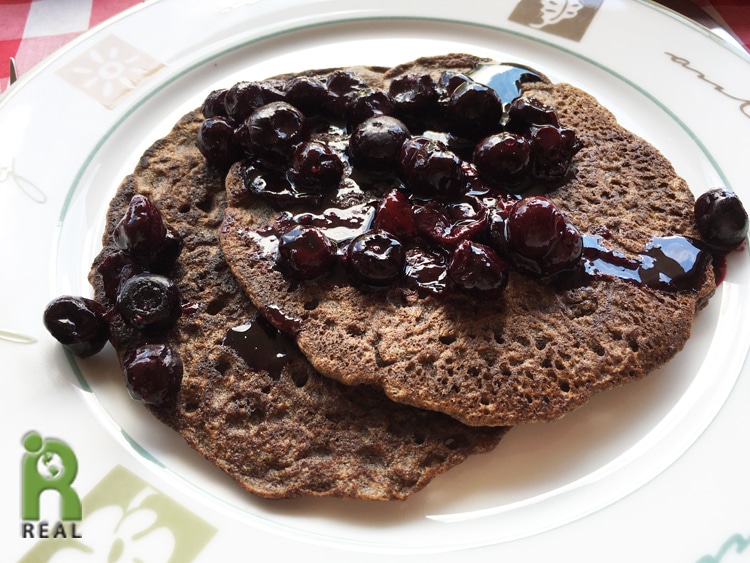 Dinner: Later on, Gary took over and created our dinner bar, consisting of Iced Tea, Sweet Potato Fries, Baked Lemon Tofu, Roasted Yellow Peppers and Onions, Kale Salad with Little Seed Caesar Dressing. I was delighted to find Ginger Cubes in the freezer and added on to my Ice Tea. 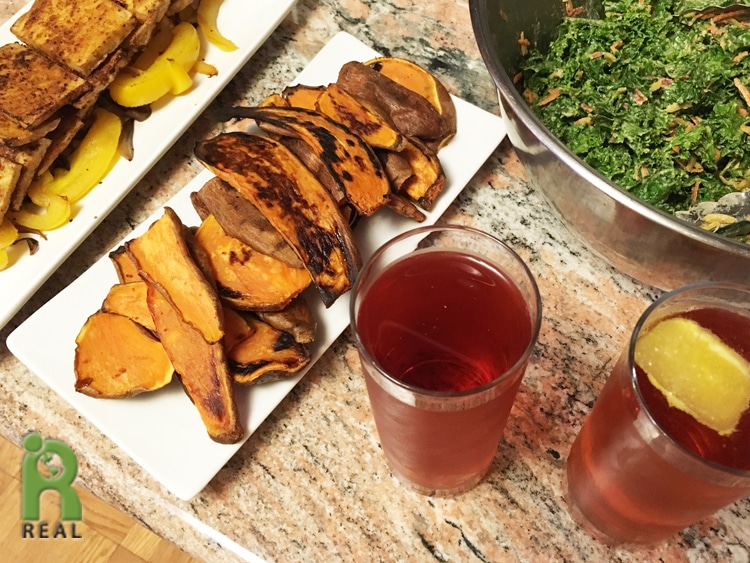 We sat outside on the terrace to enjoy dinner when the excitement began. Six Fire Trucks Rolled up on two streets at the corner. We couldn’t see what was wrong. There were no apparent flames anywhere. 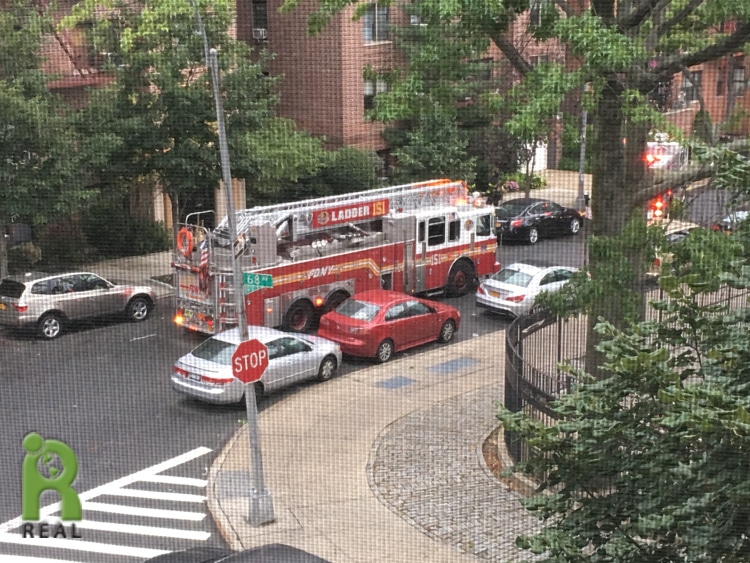 One Fire Fighter jumped out of the truck and used a wrench to open the valve on a fire hydrant and get the water flowing. Reminder: Please don’t park next to a pump. We assumed that it was a false alarm or perhaps not so serious because all the fire trucks left a few minutes after they arrived. The Fire Department of the City of New York (FDNY) is the largest Fire Department in the United States and universally is recognized as the world’s busiest and most highly skilled emergency response agency. Thank you NYFD! We are proud of you. 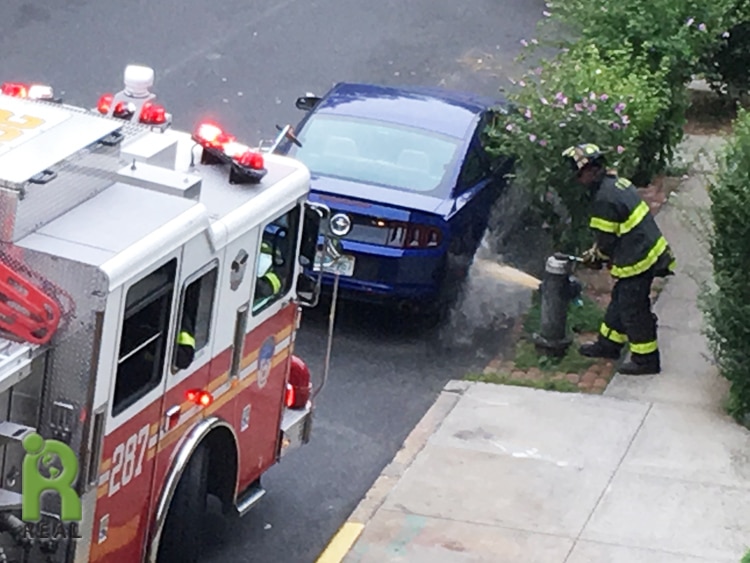 Evening: Gary expertly carved the sweetest, most perfect Cantaloupe I have ever had. 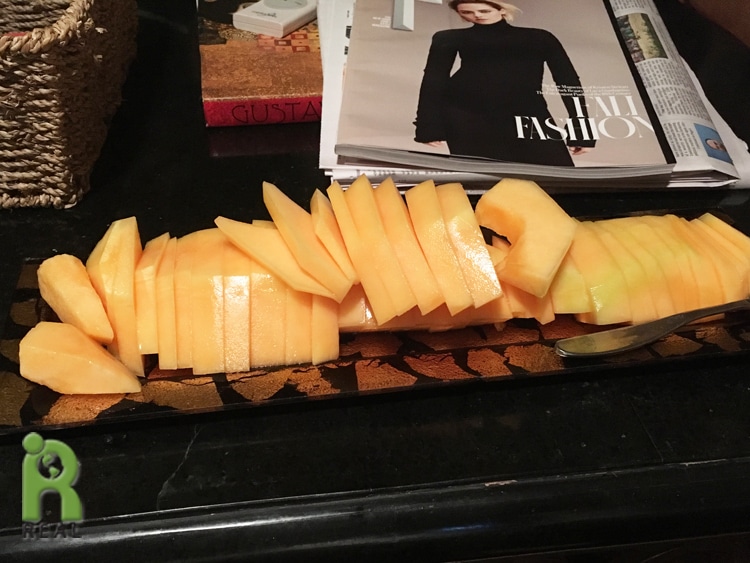 Still on California time and still hungry we made ourselves some snacks. I had Celery Sticks and Peanut Butter. 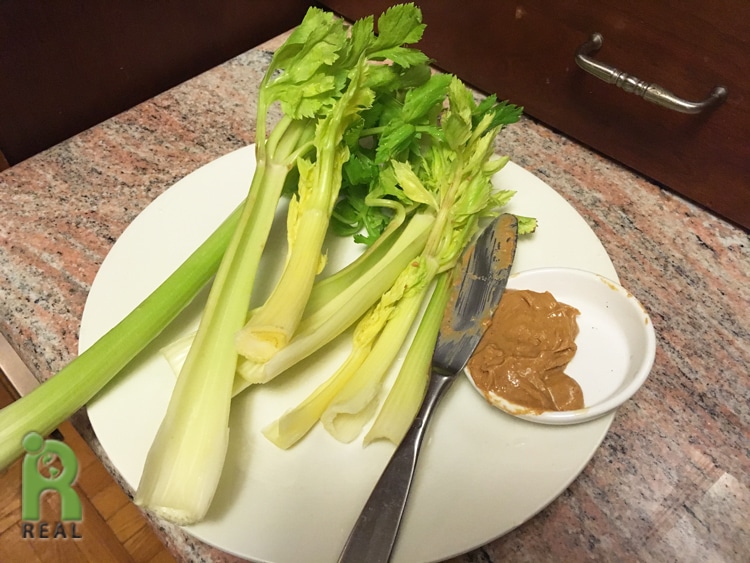