Breakfast: This was an Aquafaba sort of day. You’ve heard of Aquafaba? Sure you have. Aquafaba is the water you find in a can of beans like chick peas or cannellini. When whipped into a frenzy it becomes meringue, the perfect vegan, cruelty-free, environmentally-friendly replacement for egg whites. When we were in Northern California for three months this summer we were given lots of fragrant lemons from cousin Nancy’s tree. I kept dreaming of making a lemon meringue pie with those great lemons. Back in New York, we are out of lemons but the dream of the pie lingered. I thought of substituting limes since we were getting some in our GoOrganicNYC weekly delivery. Organic limes are more economical than organic lemons here in New York right now. Well, the delivery arrived with no limes! A mistake the company promised to make up for in next week’s order. Gary suggested I make a Coconut Meringue Pie instead, since he had just whipped up a big jar of Coconut Milk from Let’s Do Organic Creamed Coconut.

I got to work. First I made the gluten-free crust. I usually use olive oil or Earth Balance, but I had Miyoko’s Kitchen Cultured Butter so I tried that. I didn’t realized it until the dough was made that I had made enough for 2 pies. I rolled out half the dough for my pie and then Apple Turnovers with the remaining dough for our very late breakfast after noon…

Our breakfast was a recreation of the times we visited the Big Basin Café in Saratoga, only I like my turnovers even better. This crust is fantastic! Light and easy to roll. 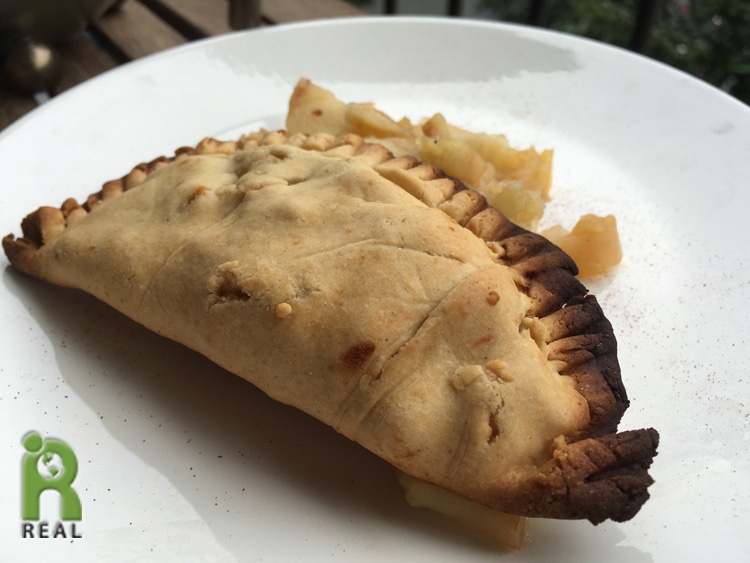 I steamed the soy milk, added vanilla to it and topped our tea with froth and cinnamon. Of course we had it all outdoors, Big Basin Café style right at home. 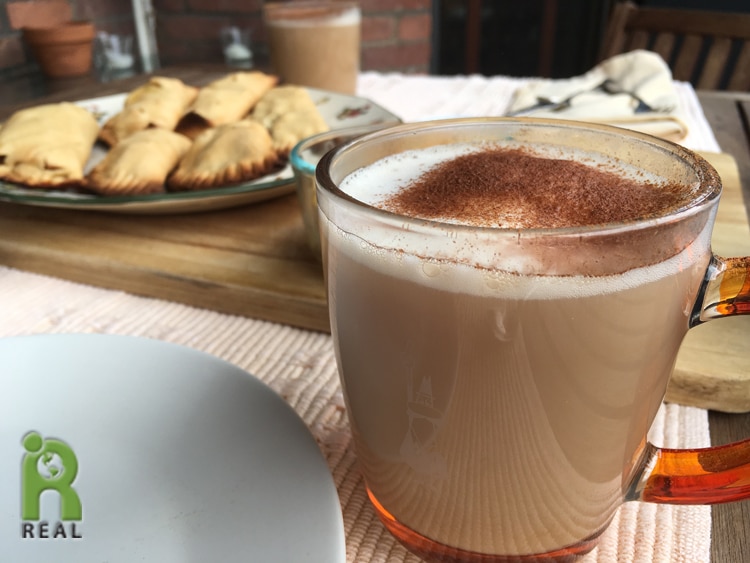 Lunch:The pie consists of the crust, a coconut custard and the meringue topping. It had to chill for 3 hours. We shared a slice for a late lunch. 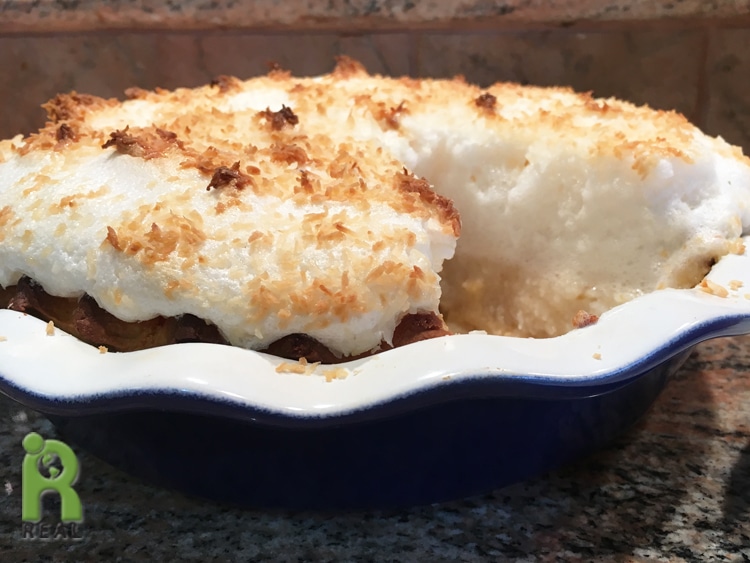 Dinner: We were invited to a casual dinner at our friend Fran Costigan‘s home. We had been trying to get together for a long time but with everyone’s busy schedules it seemed impossible. But we finally did it. And BONUS: Amy Trakinski and Liz Hoffman were also there! What fun to see them both! We started with wine and happy chatter as Fran put together our dinner.

Dinner began with a vegetable salad. 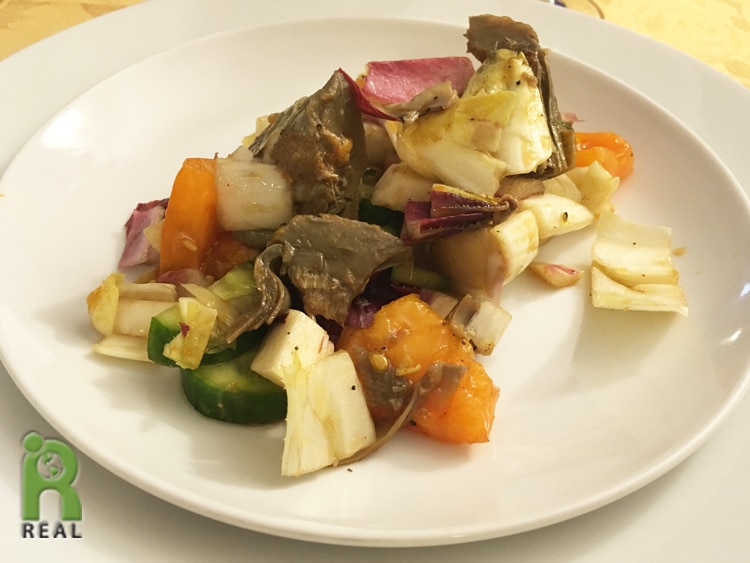 Next we had Jovial Brown Rice Pasta with Greens and Italian Giant White Beans. 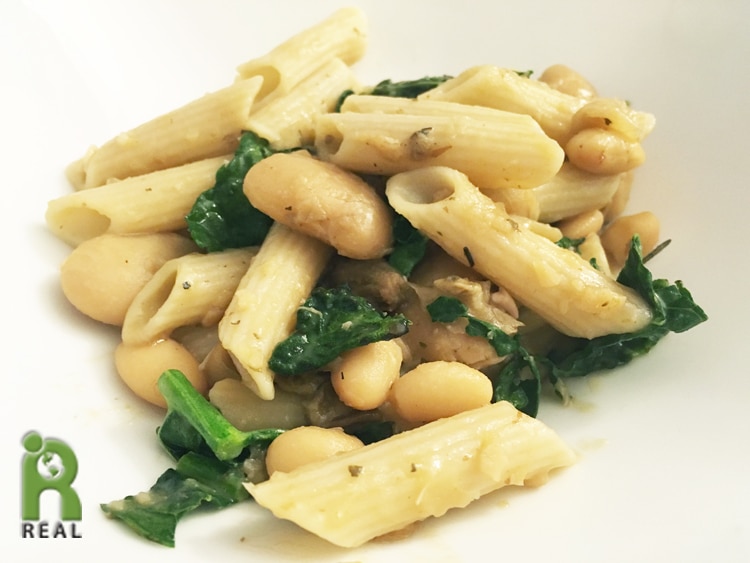 We had optional toppings of Pesto (for those not eschewing oil) and Roasted Red Peppers. I helped myself to both. 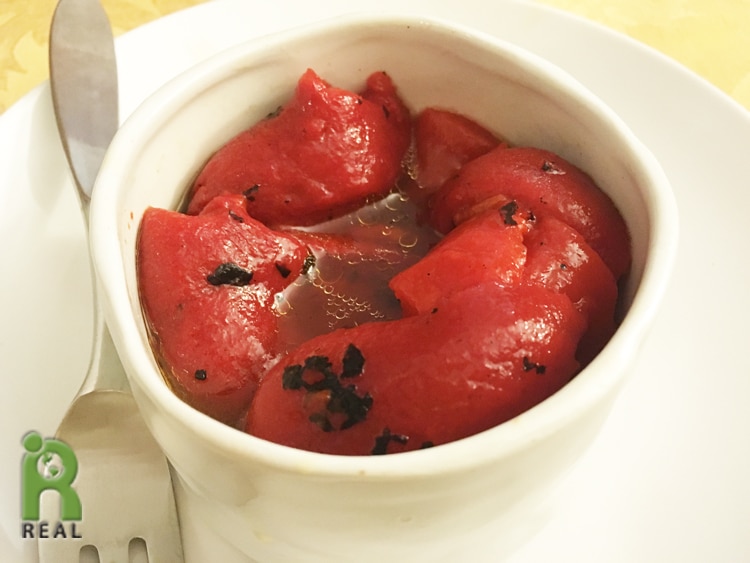 After pasta it was dessert time. Fran had lots of desserts that she had been working on preparing for her upcoming Vegan Baking Course. First there were the Biscotti, some with whole wheat, the others were gluten-free. 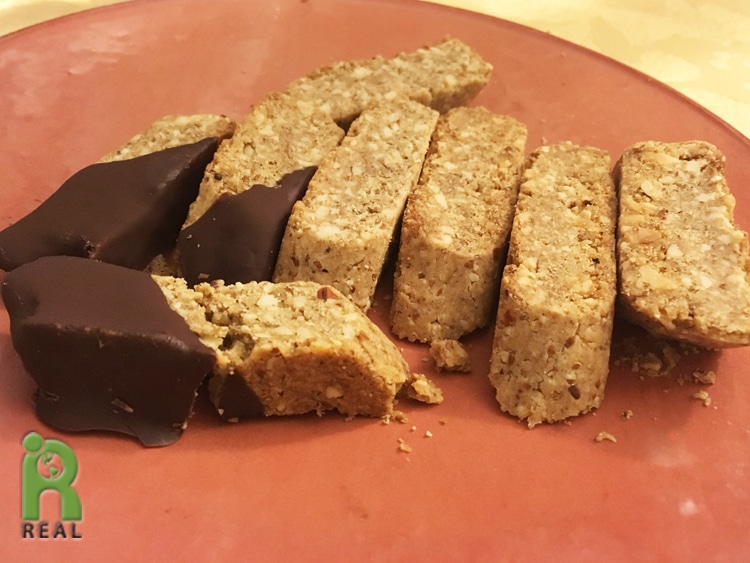 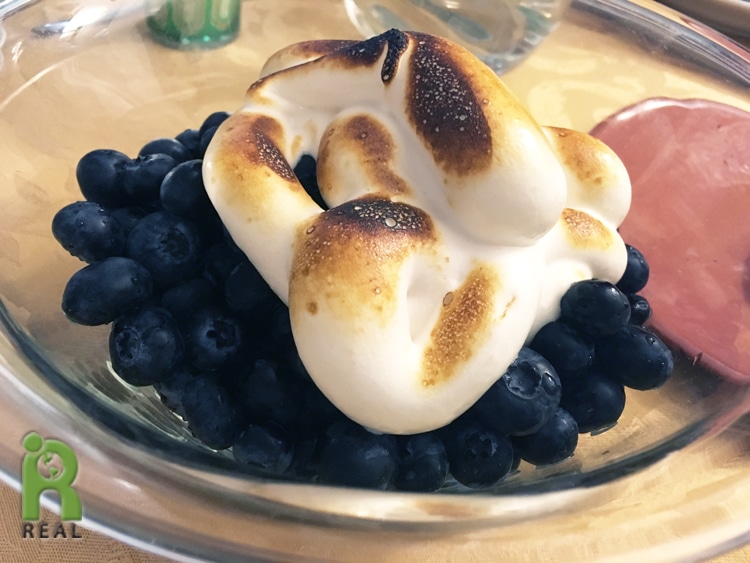 …and cupcakes. It was an absolutely perfect evening. Thank you Fran! 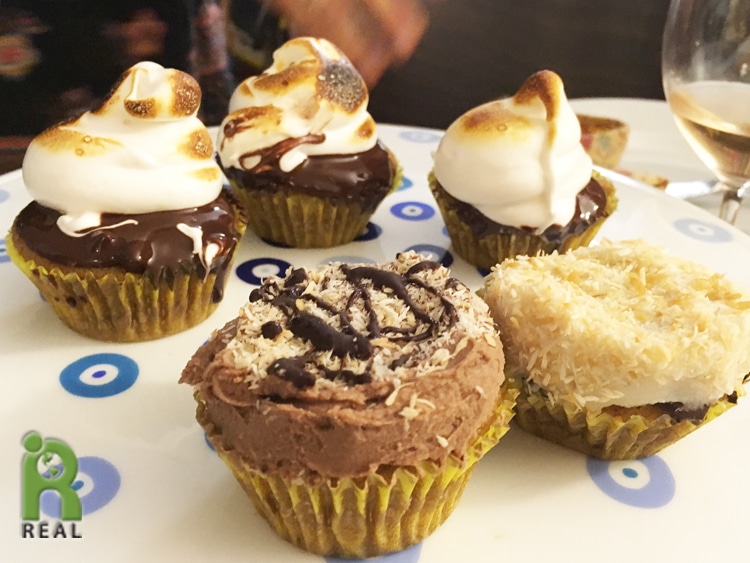 We left Fran’s at about 11pm and walked briskly 12 blocks and a few avenues over to Westerly Market which is open until midnight every day. With hurricane Hermine moving up to New York we thought we’d grab a few things before going home. We were out of beans and that’s not a good thing. We filled our bags with Green Split Peas, Yellow Split Peas, Lentils and Garbanzo Beans, a few heads of Romaine and Bananas. I checked the subway schedules to find the best route to get home at that late hour and we walked to the station. Once at home we were in the mood for some fresh food. I began with my green juice which I had defrosted earlier in the day.
Daily Green Juice: Kale, Collards, Celery, Carrots

Evening: Gary has been into making fresh Tahini from sesame seeds, not the sesame butter. He made a quick batch that we ate with Carrot and Celery Sticks. 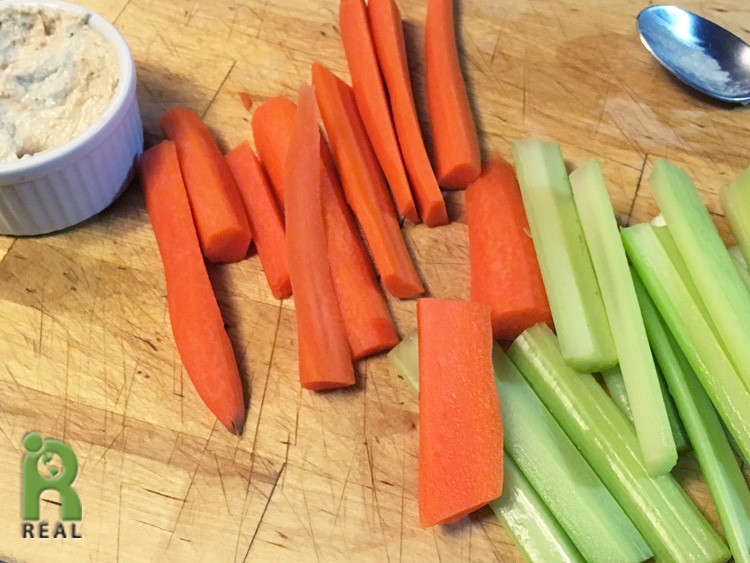