Breakfast: No breakfast today, just a little tea. I began with Cold-Brewed Green Tea and did some prep work for our lunch that we were preparing for my parents. Gary had made our Healthy World Burger recipe but then we thought it might be a little on the spicy side so I made another batch without the spicy kick. They are both excellent and I added the modification to the recipe. I also shredded some Cabbage and Carrots, knowing that Gary would make a great dressing for a Cole Slaw. He did! He made our Little Seed Caesar recipe, substituted cashews for the soy milk (since we were low on that). It made it a little creamier which was perfect.

Lunch: The Burgers were served with Field Roast Chao Slices, Sliced Red Onions, Tomatoes, Ketchup and Lettuce on Ezekiel Sprouted Whole Grain Buns. Gary made a special sauce by mixing Ketchup and the modified Little Seed Caesar Dressing. Of course we had fries – Baked Sweet Potato Fries that my mom went nuts over. She also said the burgers tasted like meat which I take as a compliment from a meat eater. Although I don’t care for the taste of meat, I think what she meant was these burgers had a great chewy texture and taste. 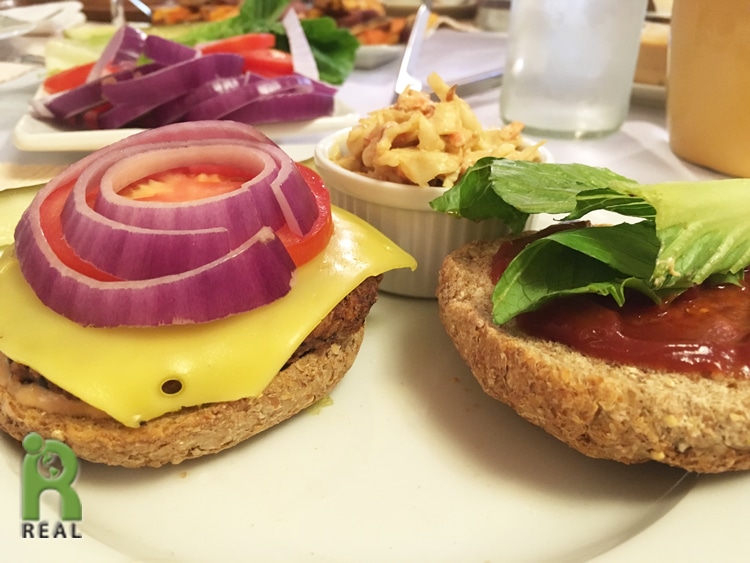 And those burgers stack up really well. We had Sour Garlic Pickles too, which is an essential component on a New York burger plate. 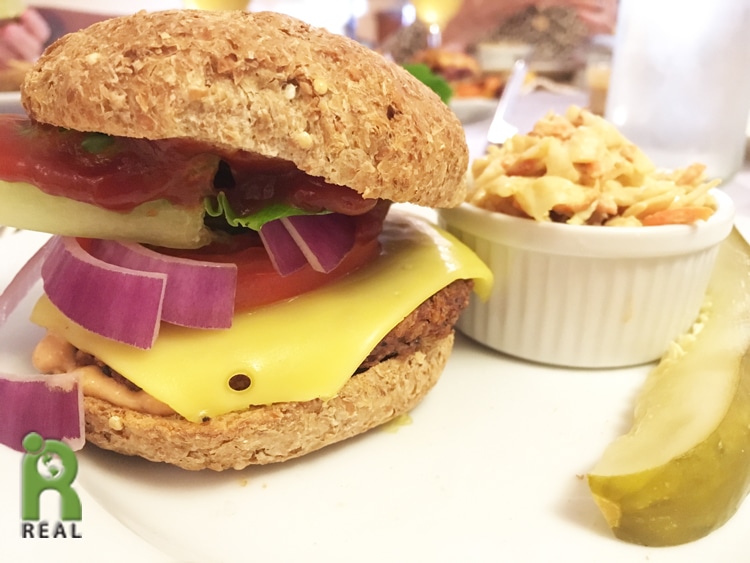 After a satisfying lunch we brought it out – the masterpiece! Lemon Meringue Pie – vegan and gluten-free, made from Zsu Dever’s recipe in the new Aquafaba cookbook. 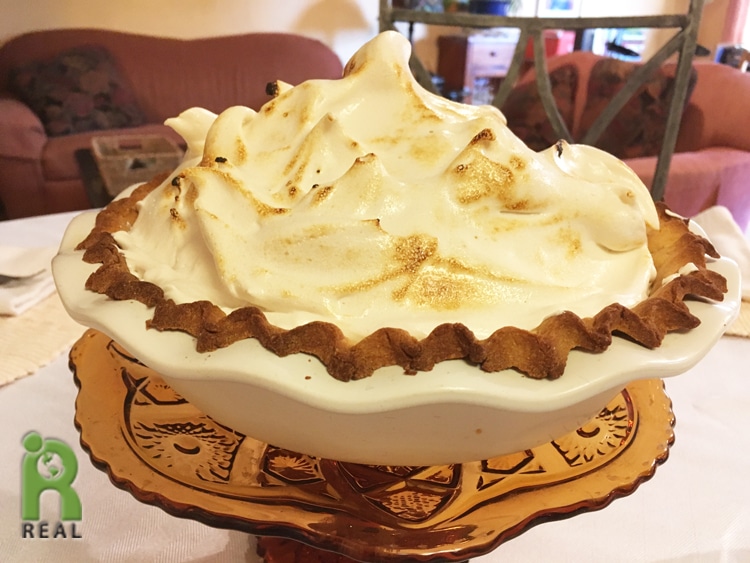 Each slice stood proudly on our plates. 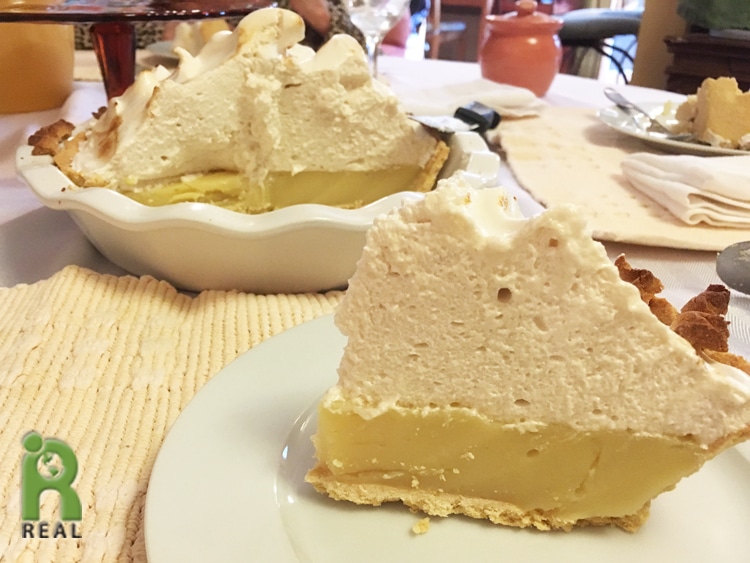 Dinner: I thought I would never want to eat again after such a satisfying lunch. My friend Nancy invited me to see Carol Burnett at the Beacon Theatre. We met at the Viand Cafe next door. I noticed that they offered smoothies, all with dairy milk, yogurt or orange juice. I was delighted that they would make mine to order – just Blueberries, Strawberries, Banana and water. 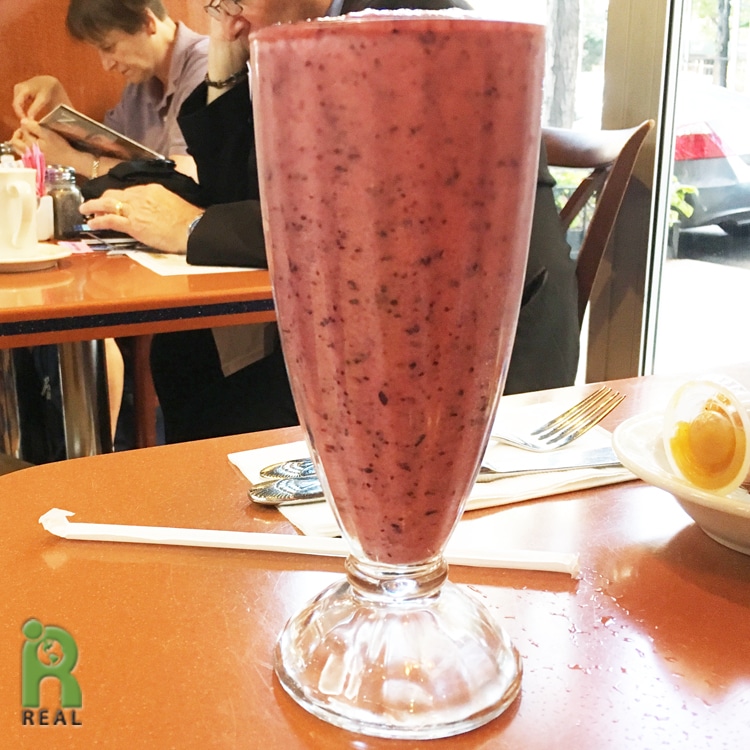 Evening: After the show we met up with Gary who had been working on some acting scenes for his HB Studio class. When we got home, we dug into the lunch leftovers. 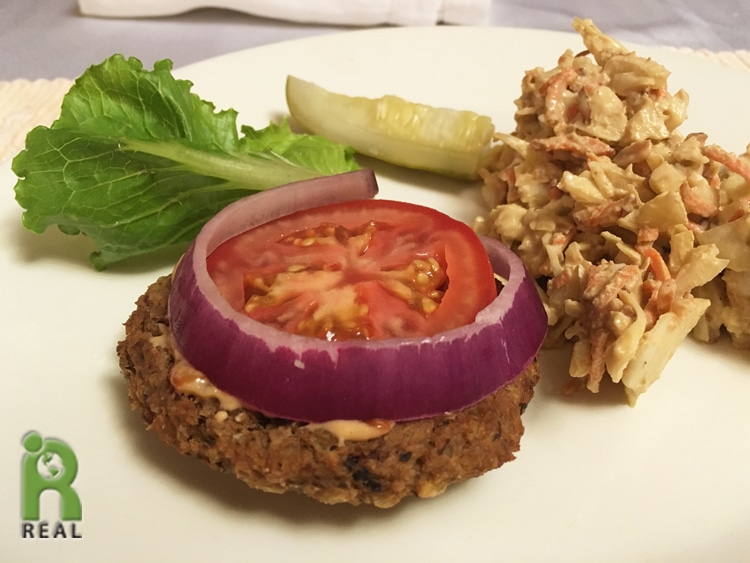