Breakfast: Hooray for waffles! Gary made Light and Crispy Waffles. He enjoys playing around with this already perfect recipe. Sometimes the modifications are fantastic. Sometimes, not so much. Thinking the batter was too thick and not really pourable he added a lot more water making it thin. The result was great tasting, really, really light and crispy waffles because they were full of air inside. Instead of making 4 waffles he made 8 extra light ones. They were served with cooked Strawberries and Vanilla Black Tea with Soy Milk. 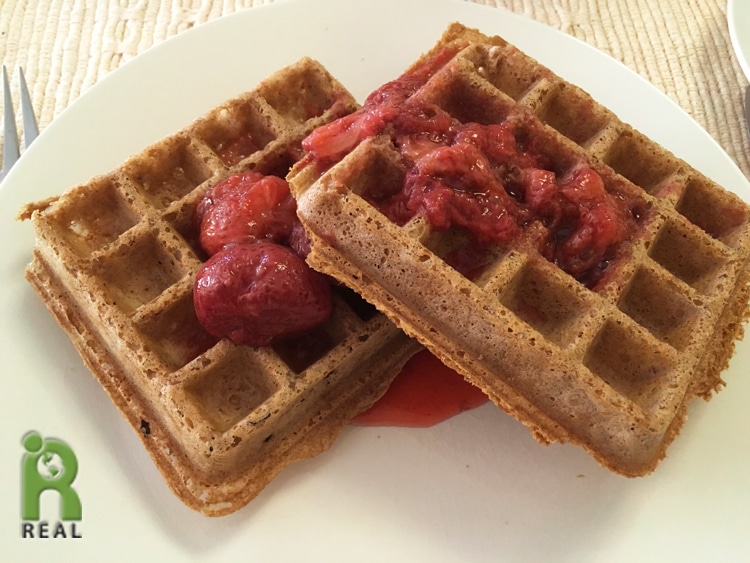 Dinner: I had an appointment in Manhattan and then took the opportunity to walk to Trader Joe’s, Westerly Market and the New York Library of the Performing Arts. I was weighed down with bags of food and so hungry when I rode the subway home. I grabbed a pear from one of my heavy bags to hold me over until dinner. Dinner was fantastic! We had breakfast for dinner with Gary’s Eggs with Kale and added Corn along with Smoked Apple Sage Field Roast Sausages that I had to pick up when I was at Westerly. 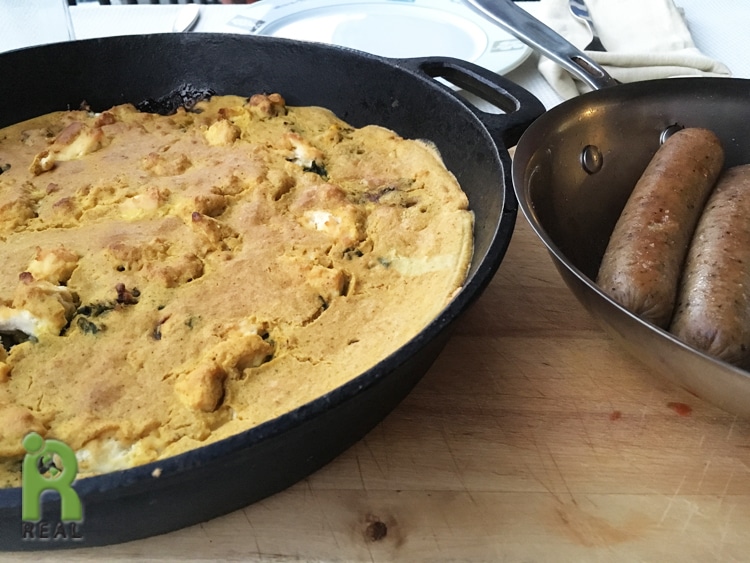 There is a crust on the bottom when you serve it upside down, like quiche, only better because it’s egg-free! It’s so good! 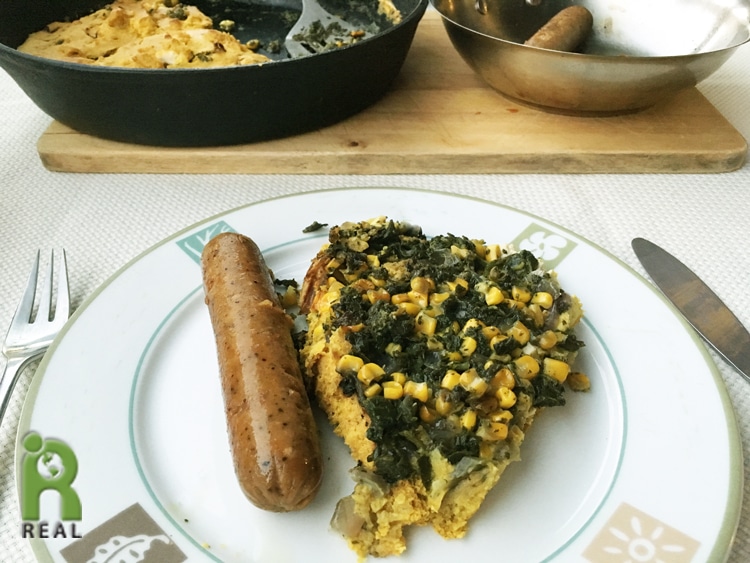 Evening: Later on I wanted to recreate the Joyful Almond smoothie we had at the Juice Generation a couple of days ago. We have a jar of Cacao Nibs that I nibble on occasionally. I made a smoothie with 1 cup coconut milk, 1 cup soy milk, 6 tablespoons cacao nibs, a tablespoon of ground chia seeds, a tablespoon of maca powder and a tablespoon of peanut butter, two bananas and lots of ice. We had it with some sliced Cantaloupe. The smoothie was fantastic but it kept us up all night! I learned that the Theobromine in cacao nibs is a stimulant like caffeine. NEVER DOING THAT AT NIGHT AGAIN!! 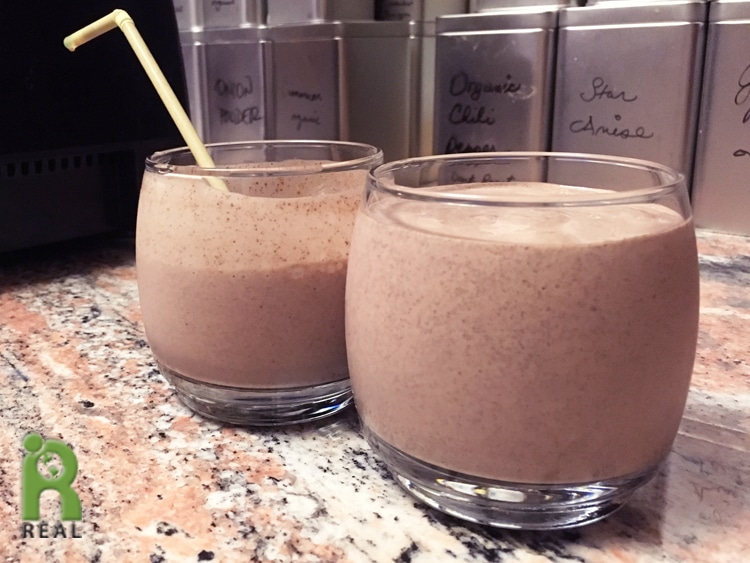