Lunch: We reheated the remaining black bean stew from the day before.

Dinner: There was leftover brown rice that I reheated, added some apple cider vinegar and agave and made maki with sesame seeds and sweet potatoes. A quick miso soup was made with onions, carrots, shitake mushrooms, chickpea miso and a piece of wakame. 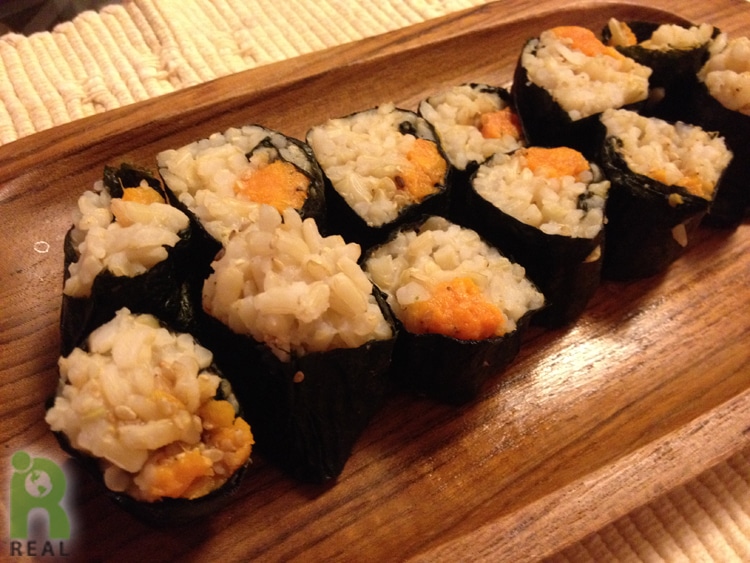 Evening: I had frozen some of the Flourless Chocolate Cake I had made for Passover and enjoyed a slice with Peppermint tea. 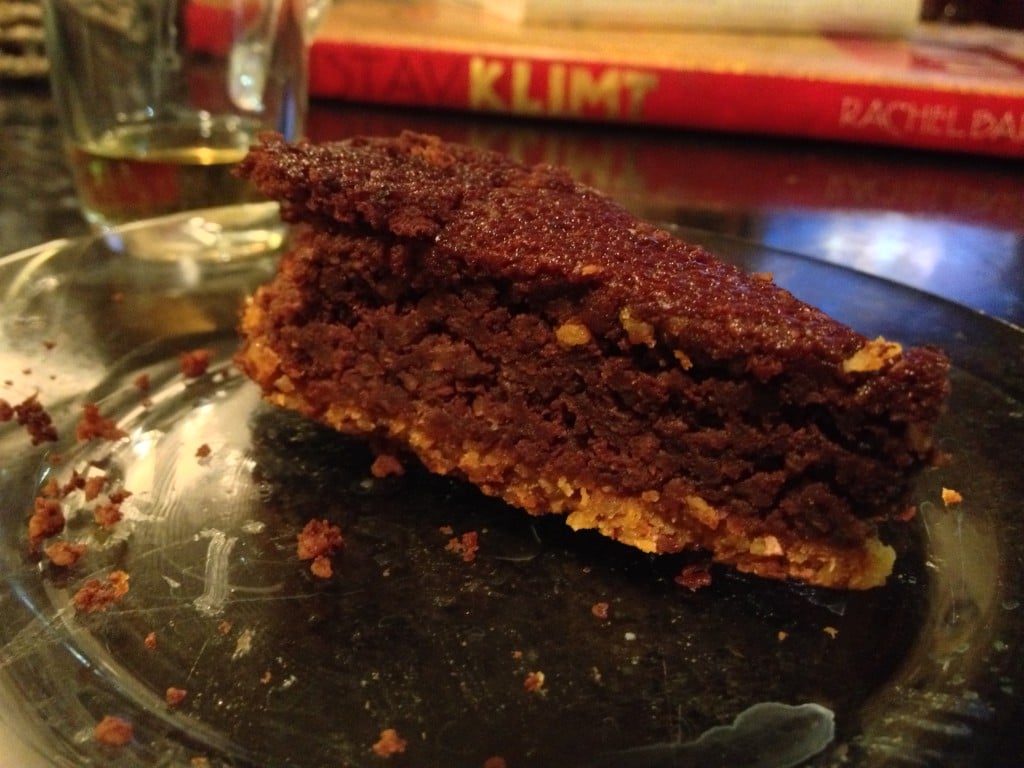 Perhaps you have noticed that we eat leftovers. We love leftovers, because it’s an easy way to enjoy good food. We don’t waste anything. Waste is a big problem here in the U.S. People buy food that they don’t eat and ultimately throw away. Restaurants and stores throw away a lot of perfectly good food. It’s unbelievable in a world where so many people, adults and children, go hungry all the time. Recently I read about wastED, where Blue Hill restaurant in Greenwich Village temporarily reinvented itself as a pop-up devoted to the theme of food waste and re-use. This concept got some great write-ups in New York Times, Food and Wine and Huffington Post to name a few. It made me wonder, when did we unlearn how to prepare food? When did we start to waste so much food? This wastED concept boasted about using ugly vegetables and kale ribs that normally gets thrown away. REALLY? Anyone who cooks knows they can make stock from ugly or discarded pieces of vegetables. I use kale ribs in my green juices. While the media made the wastED concept sound novel, actually the reverse is true, wasting food is a relatively new phenomenon.

There are people rebelling against waste in their own ways. About ten years ago, I met with some Freegans, people who “rescue” food by dumpster diving. They will go into dumpster and retrieve food that’s been thrown away and eat it. In Manhattan, there’s no need to jump into dumpsters. Restaurants, bakeries and food markets neatly package food in large plastic trash bags and place them on the street. Freegans open the bags and take what they want. I did this on several occasions, just to witness the food being thrown away. I was stunned at the giant bags of perfect bagels being put on the street by bakeries because they could not sell them if they were not made the same day. Supermarkets would get rid of pristine, perfect bags of food. I could only imagine the reasons – to make space on the shelves for new food.

For a while the Freegan movement caught the media’s attention and 20-20 wanted to do a story. I joined a group who went on a “dive” in Manhattan with the 20-20 crew. A day later we made a sumptuous lunch at my home with all the food we found. You can watch it here:

As I mentioned above, we don’t waste any food here at home. We buy fresh produce once a week and make sure all of it is used up in the week before buying new. Cooked food is served as leftovers if not finished when first prepared or used to make a new dish. It’s not hard to do. It’s not trendy or novel. It just makes sense.