I don’t know about you but we have not recovered from the shock of Tuesday’s election results. I feel like I have been kicked in the gut. When I went through my cancer treatment in 2006-7. I would often wake up with something I called the “Belly of Dread”. It continued for years after I healed. It took a lot of meditation and positive affirmations to shake that feeling, and I succeeded. I don’t want it to come back. But the fear around us is overwhelming. The rise of white supremacy is so difficult to process. I thought our culture had made great strides in supporting marginalized groups. It is devastating to discover that hatred is so strong.

We are more committed than ever to fight against raciscm, sexism, homophobism and of course, the one we hear the least about, speciesism, representing the voiceless, the nonhuman animals who are exploited, tortured and slaughtered by the billions every year. If we can treat nonhuman animals the way we do, I shouldn’t be surprised that humans can be so horrible to fellow humans, but we are.

So what to do? In the morning I make tea. This gets me going, ready to start another day of activism. I’ve been drinking Bai Mu Dan this week. It’s called a white tea, but there’s nothing “white” about it. The dried leaves are green, gray and brown in color and make a pale yellow tea. I love breathing in the scent of the dried leaves before and then after the tea has been brewed. It always takes me to a beautiful, peaceful place, a serene meadow somewhere with fragrant wildflowers and grasses.

Breakfast: I wasn’t hungry but Gary made a delicious pot of Steel Cut Oats with Cinnamon, Apples and Raisins. I topped mine with Blueberries and Chia Seeds, reminding myself how good these foods are for me. I seem to need them now, more than ever. 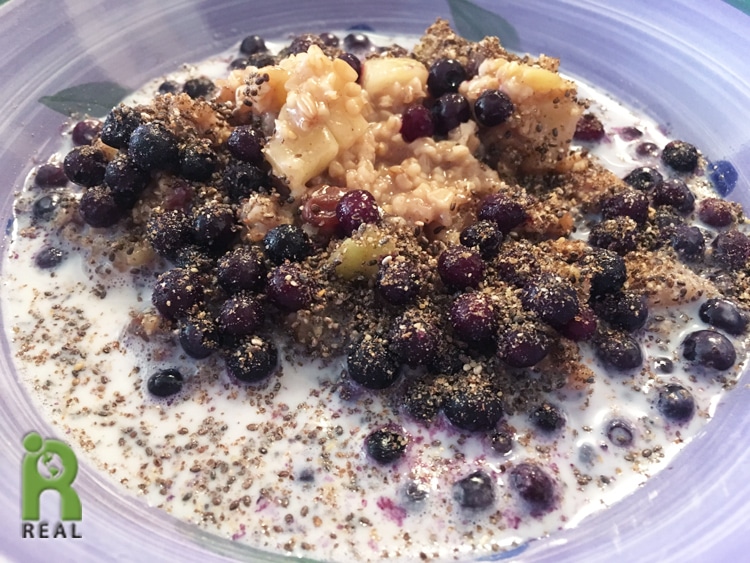 Lunch: A friend of mine was in the neighborhood and stopped by. Gary is the perfect host. He sliced and toasted some of his recently baked Panettone 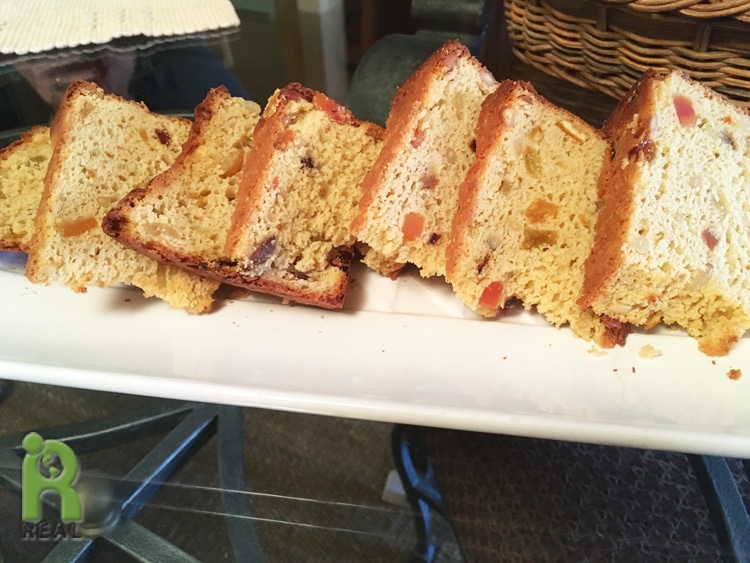 and served it with Rooibos Chai tea.

Dinner: We have a few days before we leave for a trip to California. Since we don’t like letting food go to waste, we started cooking what was available: Squash, Potatoes, Tofu. We’ll be eating them in the next few days or take them on the plane with us. We ate some of the Yukon Gold and Sweet Potatoes for dinner. 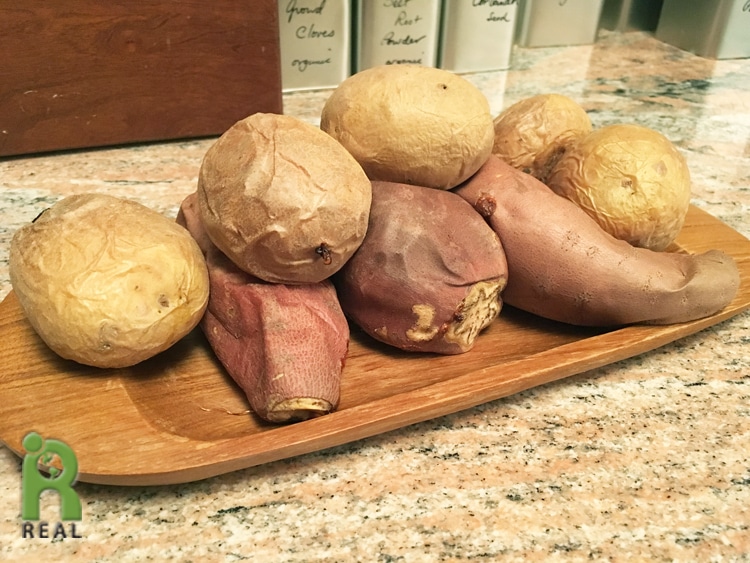 I cooked up some Green Split Peas and seasoned some of them into a soup. I topped mine with mushrooms. 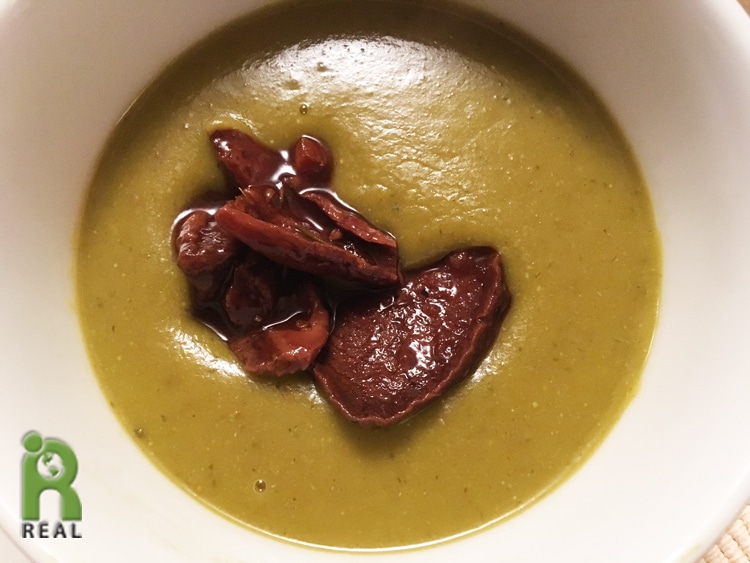