Breakfast: Happy New Year! We awoke in the beautiful guest house of a country club in Bethlehem, PA, a beautiful beginning to the new year. We had mentioned to the manager that we were vegan. He was kind enough to make sure there was Almond Milk for our tea this morning. We had fresh Berries and Melons on beautiful plates in the cozy dining room, plus Black Tea with Almond Milk. 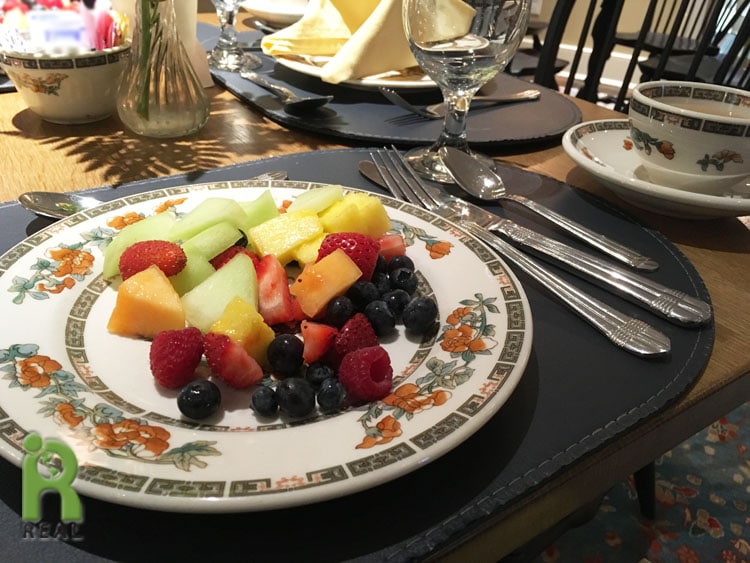 Lunch: We stopped at a funky looking deli/cafe in downtown Bethlehem before driving home. Gary felt it would be a safe place to find something vegan. He said he didn’t feel like sitting in a restaurant and asking the waiter 20 questions about what they could do for us on the New Year’s Day brunch menu. So we walked in and sure enough, it looked like your basic Hippie Hangout with bagels and salads and sandwiches. They even had falafel and so we started to feel relaxed. The menu was on a giant board that hung over the deli cases and it looked versatile enough, we were sure to find something vegan friendly. Gary was craving a bagel. We don’t eat them all year and he said he felt like splurging “just this once”. So, he asked if the bagels were made with dairy and the cook said “yes”. Disappointed, he opted out of ordering one and just got a tea. I ordered a sandwich without the bread. There was a roasted vegetable and Hummus sandwich on the menu and I asked the cook if he could do that for me on a bed of lettuce and he said, “Yes!”. It seemed safe enough, seeing all the vegetables in front of me behind the counter window I thought “what could go wrong?” When Gary was paying for my salad we were delighted to learn that the cashier was vegan when she got us Almond Milk for our tea. Gary told her that he would’ve ordered a bagel but learned from the cook that they were made with milk. She said, “No they aren’t!” Being a vegan who works there she said she checked out the recipe and the bagels are definitely vegan. Delighted, Gary ordered a cinnamon raisin bagel with peanut butter. And I got my salad! So far so good, right? Wrong! What I didn’t realize was the cook would be reheating the “roasted” veggies for my salad on a grill tainted with some kind of animal grease. I took a bite and the taste was so foul. I pushed the cooked veggies over to eat the plain lettuce. I began to feel ill. I brought the plate back and the young man behind the counter acknowledged the problem and made me a new salad without heating the fire roasted red peppers on the grill. WARNING: If you’re a vegan newbie remember to ask if the grill is used to cook everything on the menu including burgers and other animal products. Knowing Gary wanted to relax, I didn’t want to create any drama on New Year’s Day and felt stupid for not asking the right questions before ordering. I dropped my guard. There’s no relaxing when you’re a vegan activist. And there’s no relaxing in 2017. First battle of the new year won! All’s well that end’s well when another vegan meal is served in a restaurant that serves very few. 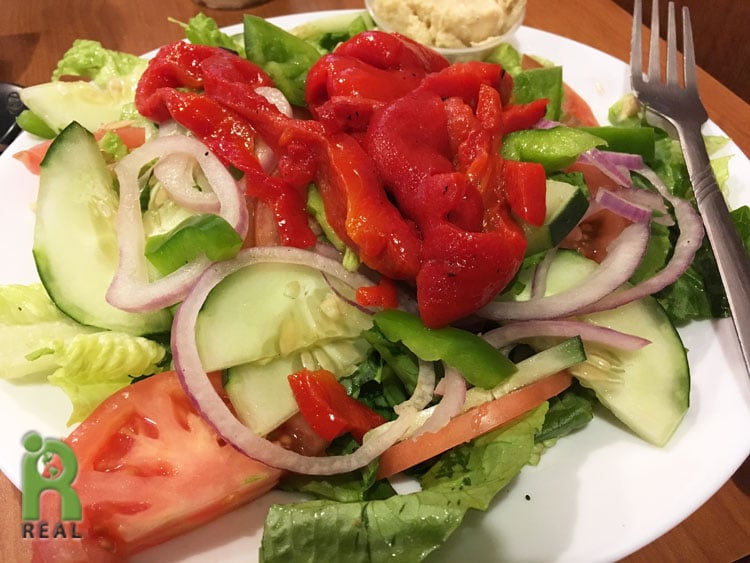 Dinner: On the way home we stopped at our friend Chris’ home in Brooklyn where he was having a New Year’s Day gathering. Chris had several vegan dishes at his party. He made sure we knew which dishes were vegan friendly and which ones weren’t. We had more fresh Fruit, some spicy Hashbrowns, Avocado and Sparkling Water. Once at home I was happy to reheat some leftovers, my gift to me: Miso Vegetable Soup with Red Cabbage and Red Onions, topped with home grown spicy Daikon Radish Sprouts. 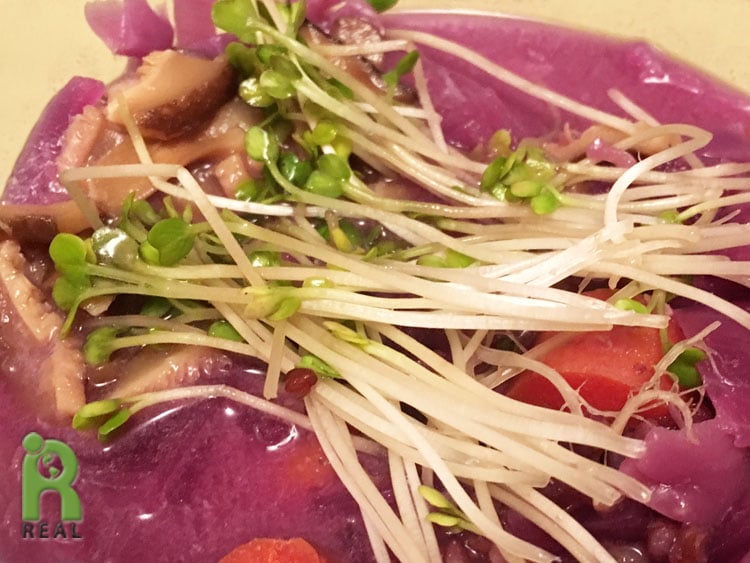 Evening: We ended the first day of 2017 with a pot of Vanilla Almond Rooibos Tea.