Breakfast: Gary had made a pot of Millet last night but I recommended saving it for the morning. He put together a luscious Millet cereal with Pears, Apricots and Walnuts. 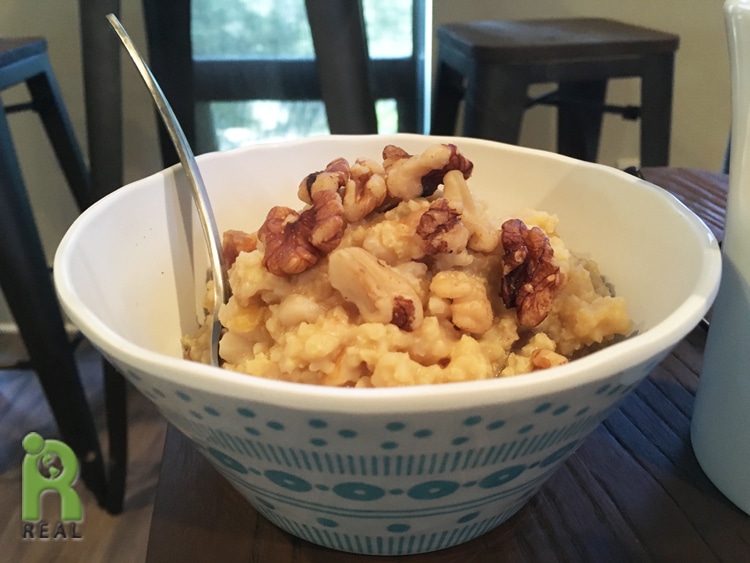 Tea Break: After visiting with Gary’s 91-year-old dad we went to Roy’s Station for tea. We were hungry but it was too early to go to the Vegetarian House which would open at 5pm. Roy’s Station knows how to brew tea. It was delightful to just relax for a little while, drink a good cup of Mate Chino and read the news on our phones. We met Eric, Christina and Bonnie who were also hanging out a Roy and had a lively discussion about the state of our current federal government. We were all on the same side, in our happy little blue bubble. 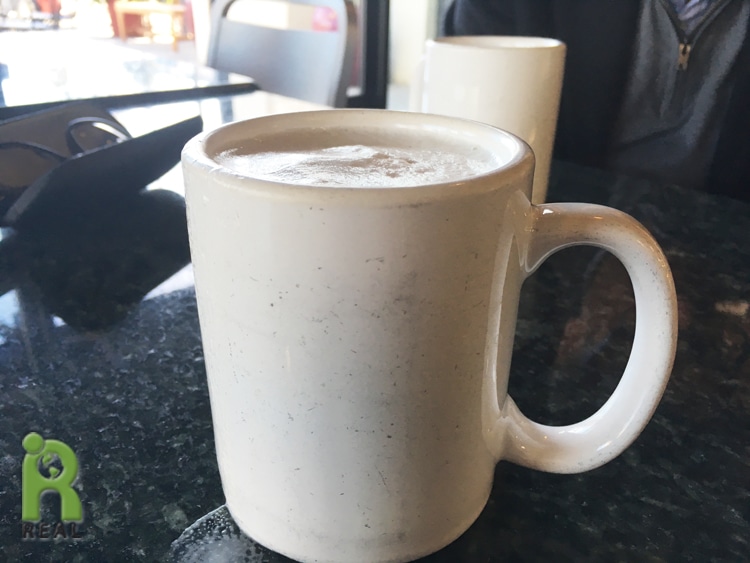 We arranged to meet up with cousin Nancy who doesn’t live far away and meet her husband Wade at the Vegetarian Hosue for dinner. Nancy was about two blocks away in her car, but couldn’t budge. A small area was partitioned off, with police on the ground and in helicopters, trying to catch someone involved with the bank robbery in Santa Cruz the day before. We watched it unfold on the big screen at Roy’s Station, as it happened just a few blocks away. Finally, Nancy arrived and we left to go to the Vegetarian House.

Dinner: The Vegetarian House is a peaceful place to be. Here we could relax and enjoy a nice meal. We began with dueling Flying Buddhas. No, there was no fight, just two big pots of Flying Buddha Soups, one for me and Gary and the other for Nancy and Wade. This soup is too good to share so we had to get two orders. 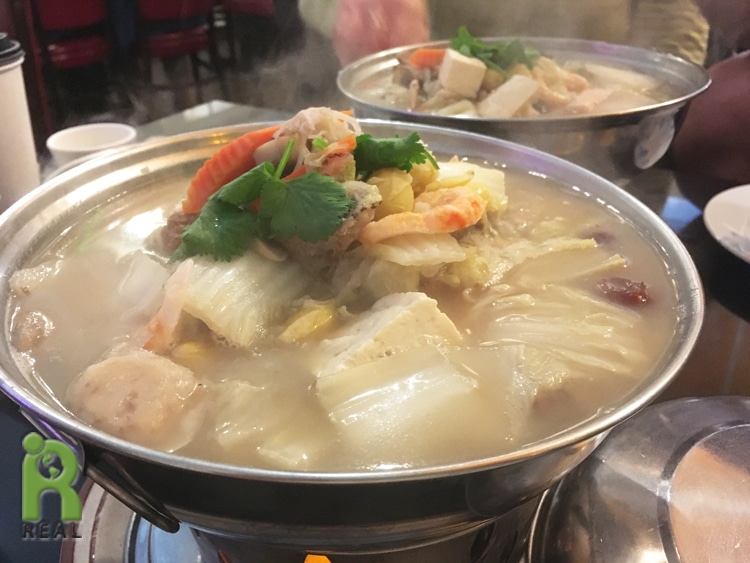 Then there was the Heavenly Salad and Spicy Cha Cha. 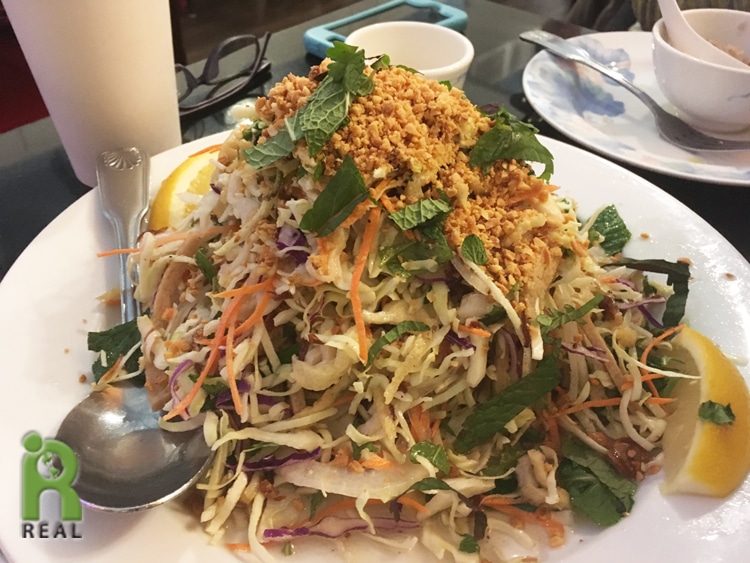 Wade orderd the raw Spicy Thai Wrap with Cabbage, Carrots, Red Bell Pepper, Onion, Mint, Coconut and a Thai Almond Sauce wrapped in a marianted Collard Leaf. We each got a taste. I will be ordering this one sometime soon. 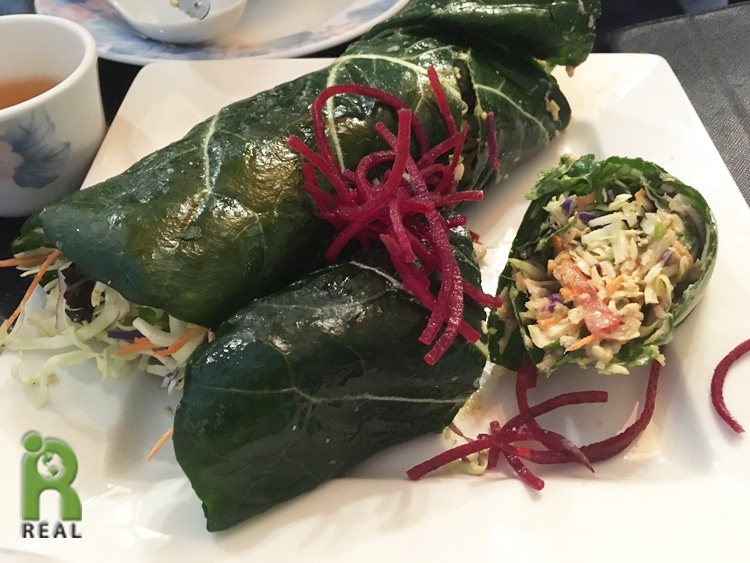 Evening: Back at the pool house we got to work. I had some letters to print. We went up to the main house and worked a little with Gary’s nephew Josh who was preparing college applications. Afterwards it was time for vegan ice cream, Soy Creamy Chocolate Cherry Chip and Vanilla. As I mentioned a few posts ago, I have had my fill of ice cream. I took a small spoonful to be sociable. That was enough. Gary and I settled in at the pool house with some Lavendar Mint Tea.