Breakfast: We are not hungry. We are feeling sick to our stomachs. The actions of the new United States federal government are disturbing, frightening, unbelievable. Every day we read the news and it is worse than the day before. Now a Muslim ban has been enacted and there’s chaos in the airports. I go through the morning motions – filling the tea kettle with water, turning on the gas to bring the water to boil. We are out of the lovely loose teas that I brought from home in New York. We are low on the selection of tea bags we picked up here and there during our California stay. We talk about heading over the hill towards Santa Cruz to go to the Staff of Life Market where they sell a variety of loose leaf teas that we have enjoyed. There has not been enough time between rehearsals and all the other work that we do. We need to go food shopping too, so in a way, it is good that we are not hungry this morning. I made some black tea. Later I ate a pear.

Dinner: After our 4-hour Fiddler rehearsal we were hungry. A dark cloud hung over us. People were protesting at JFK and at airports around the country. I was glued to my phone reading the news. I was filled with a little hope, that people were getting out and demanding change. We were not ready to shop or prepare food. We went to Andale’s in Los Gatos. It felt comforting to be there. It was crowded and loud. We celebrated eating delicious Mexican food, our small, silent protest against the proposed wall between the U.S. and Mexico. We ordered the Veggie Burritos with Fahita-style Tofu with lots of extra Guacamole and Tortilla Chips. I rarely eat chips, folks. If I do, it’s one or two at most. On this night, we went through two entire baskets. I succumbed to the intensity of the moment while reading voraciously, devouring articles on my phone as quickly as I could to try and comprehend what was going on. Finally, we read the news that Federal Judge Ann Donnelly in Brooklyn “issued an emergency stay Saturday night against President Donald Trump’s executive order banning immigration from certain predominantly Muslim countries, temporarily allowing people who have landed in the United States with a valid visa to remain.” I was breathing again. There is hope. Thank you Judge Ann Donnelly! 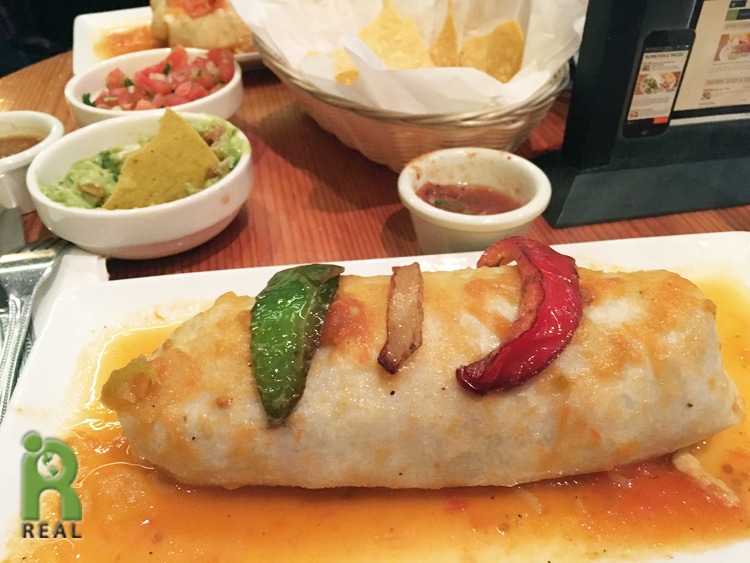 Evening: Back at the pool house, I made Lavender Mint Tea.