Breakfast: The news is still a disaster – the inspiring stay issued by Judge Ann Donnelly was being ignored at some of the airports. Chaos has hit the United States. The rule of law, is not being followed. What is happening to this country??? Gary and I sat in disbelief, drinking our bitter tea that I tried to enhance with some Agave and fresh, fragrant Lemon Juice. It helped a lot.

Lunch: Sunday is my day to rehearse with the Fiddler musicians. I planned to meet with my old friend Mike before the rehearsal. He loves in San Francisco and was heading down to the Bay Area to drop off his son at a LARP (live action role playing) event. I found the Coffee Society at the Pruneyard which was very close to my rehearsal. I thought we could meet there. Gary and I got there first and the cafe was not very inspiring. They had lots of great coffee selections as they should but were limited with teas. I thought there would be something I could eat before rehearsal and I was wrong. Gary and I walked around the Pruneyard to find something else. We ended up at Le Boulanger. Gary left me there to go and visit his dad. I examined the menu and grilled the person at the counter. I could eat here. When Mike arrived, he wasn’t excited about Le Boulanger. We walked outside and looked around. It was 11am and most places didn’t open until 11:30am. We walked into Cafe Artemis, a Mediterranean place. I knew there would always be hummus. I smiled to myself when I read the menu. I wanted a good cup of tea so badly – they didn’t even have tea on the menu! Fortunately they did serve tea and I ordered a Chai Black Tea. No, they didn’t have soy milk. Mike went with the Turkish Coffee. I’ve had Turkish coffee once in my life. I was working in Israel and a colleague took me to a special restaurant. When the meal was finished he insisted we drink Turkish Coffee. I was not a coffee drinker back then either, I gave up coffee after college. I couldn’t believe his insistence of the importance of having this coffee. So I gave in. It was prepared in front of us, thick, dark, chewy. It was an experience and I don’t need to do that again. It all came back when Mike ordered his coffee. They did not prepare it in front of us but he concurred that it was thick and chewy. I ordered the Dolmas. 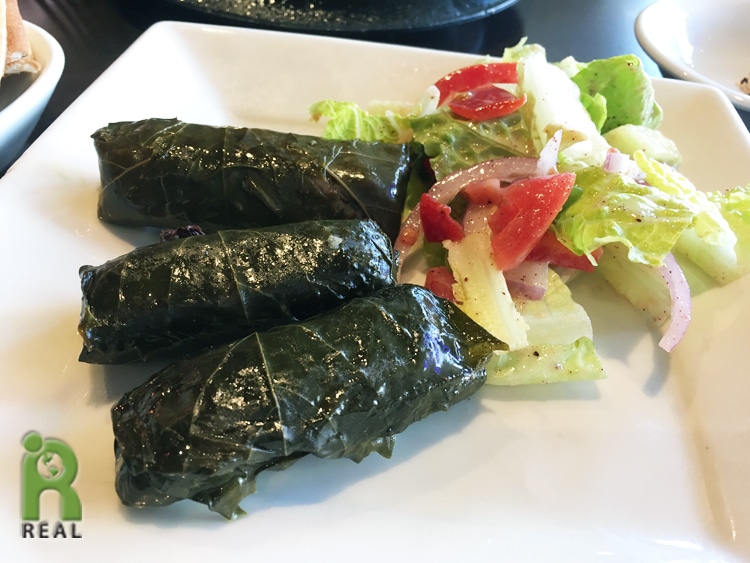 Mike got fried cigar shaped Mozzarella Cheese coated in breading. It came to the table and the server pour oil over it and ignited the dish and it burst into flames. It was impressive but horribly stinky. I felt nauseous! For those that eat animal cheese the smell may have been pleasant but for me it was terrible. Outwardly, I remained calm, sipped my tea and fortunately the odor dissipated when the flames went out. 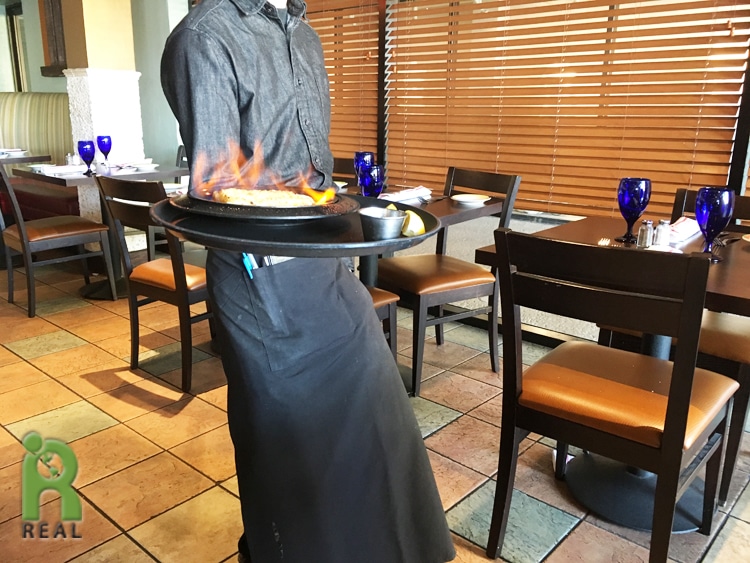 We shared a Roasted Eggplant dish with Pita 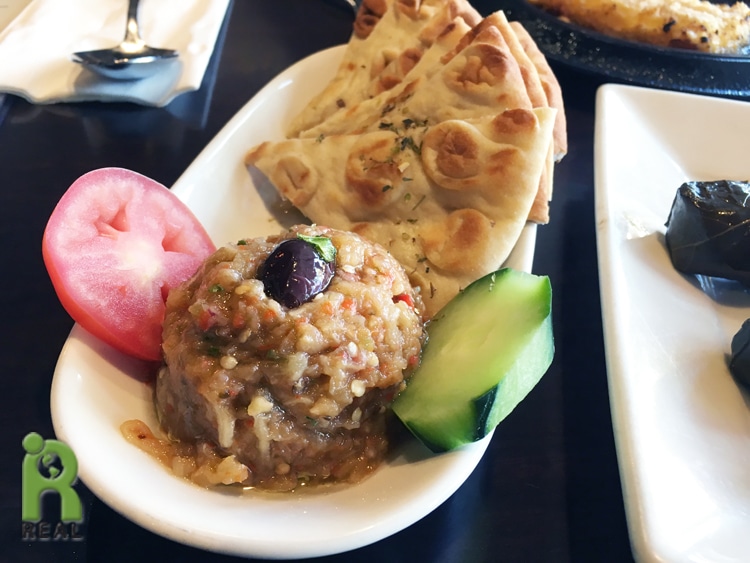 Tea Break: Gary picked me up from the music rehearsal and we headed back to Los Gatos. Still feeling the weight of impending doom thanks to the insane executive orders and actions coming from the White House we were in a daze. We decided to have tea at the Los Gatos Roasting Company. I had English Breakfast, brewed in a pot with Soy Milk. They only had one tea pot, so Gary gallantly let me have it and ordered his tea in a tall, glass mug. 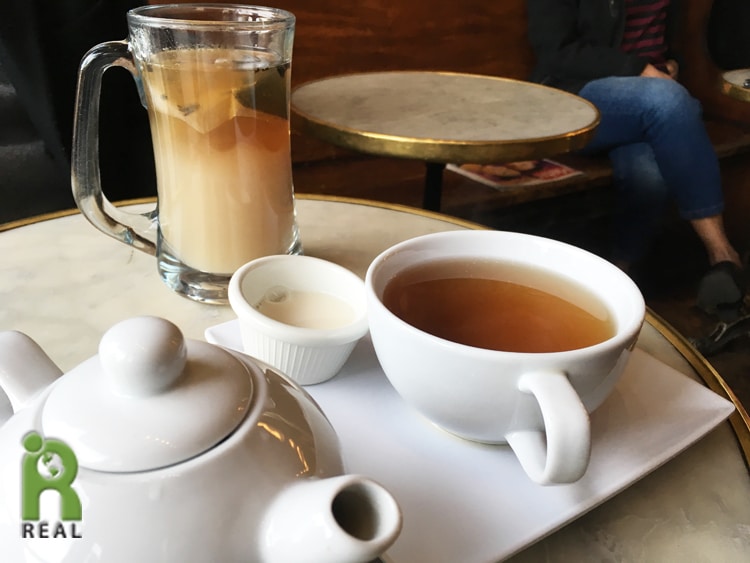 Dinner: Still not ready to head back to the pool house we wandered around Los Gatos looking for a place to have dinner. There are not many vegan-friendly options. We had been to Andale yesterday. We looked at the Zona Rosa menu and although they boasted a cashew cheese dish we were not tempted by their bill of fare. We thought about the vegan pizza at Blue Line Pizza, but I had already eaten more bread than I do in a month at lunch time. We walked past Hanna Bistro. As I’ve mentioned in previous blogs, they have been hot and cold about vegan food when we have eaten there. The menu at Coup De Thai looked promising – they offered Vegetarian Selections. We asked a few questions and then decided to give it a try. It was a bit ironic to be here. The name, Coup De Thai which in French means “Stroke of Thai”, is a play on words. The popular expression, coup d’état, meaning “stroke of state”, is the illegal and overt seizure of a state by the military or other elites within the state apparatus. We couldn’t help but think about what is happening in the U.S. and how it may actually turn out to be a coup d’état. Chilling. The restaurant was a nice distraction. The atmosphere was distinctive and relaxing. We ordered four dishes: 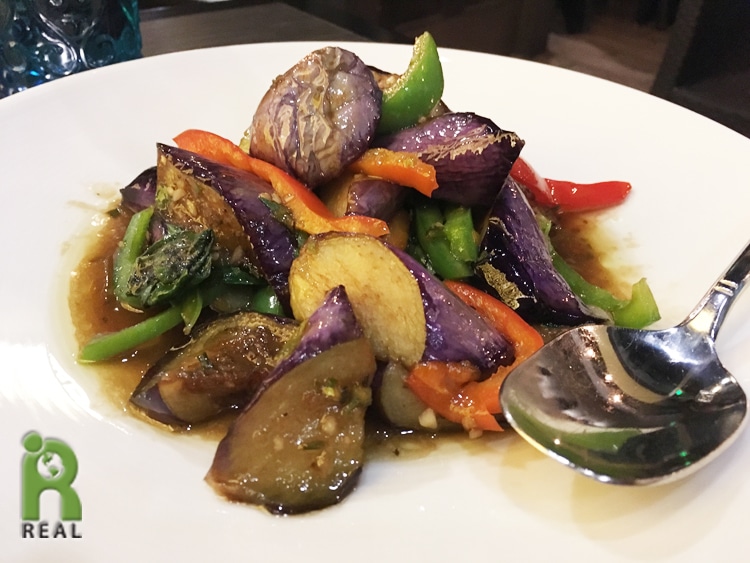 Brown Rice, which had red rice in it too and was beautifully presented in a rectangular form. 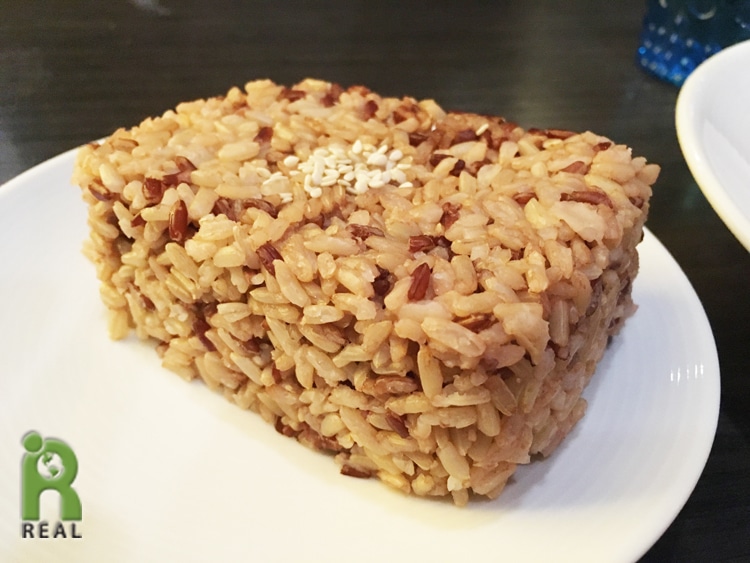 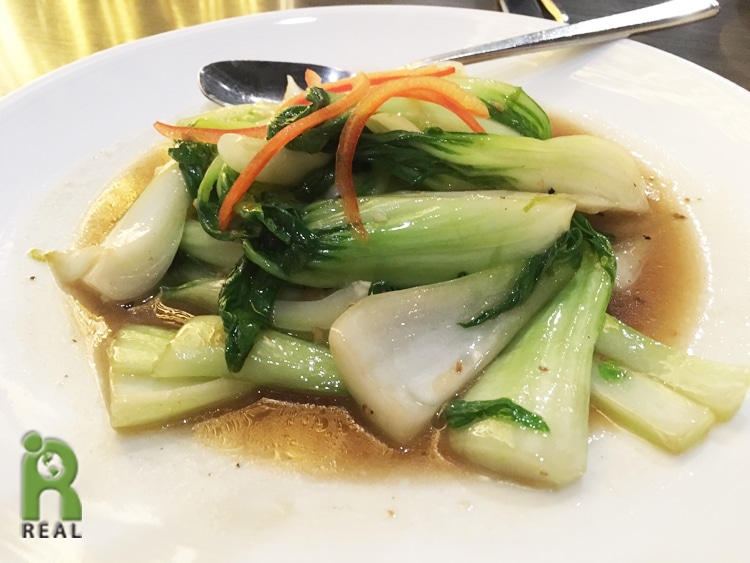 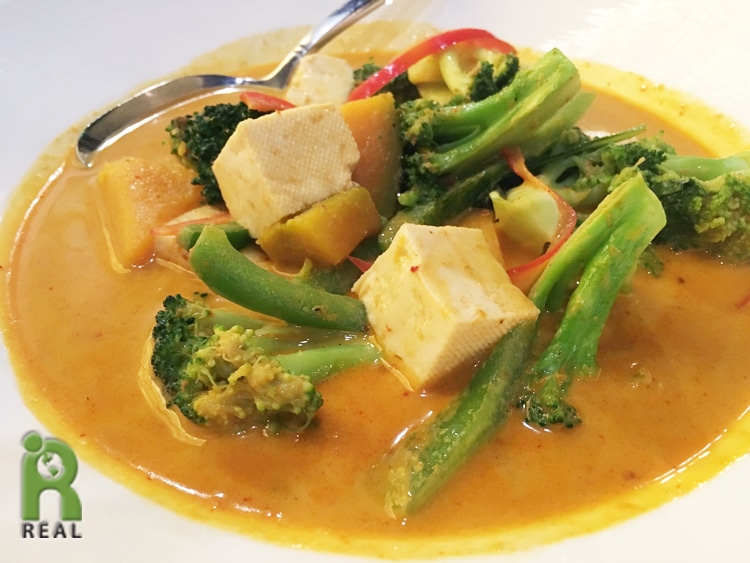 Evening: Back at the pool house, we caught up with work and drank Peppermint tea before bed.