Breakfast: We have still not gone food shopping to restock the little pool house we are staying in with fresh produce but there is still a lot of food to work with. There was some leftover cooked Millet that I reheated with water in a pot. I added a small chopped pear to it along with dried Apricots and topped it with Walnuts and Chia Seeds.

Lunch: The meal was an odd mix of the food remaining that needs to move. Gary made an Avocado Chickpea Salad that was served with Corn Tortillas, Field Roast Deli Slices and Purple Potatoes. 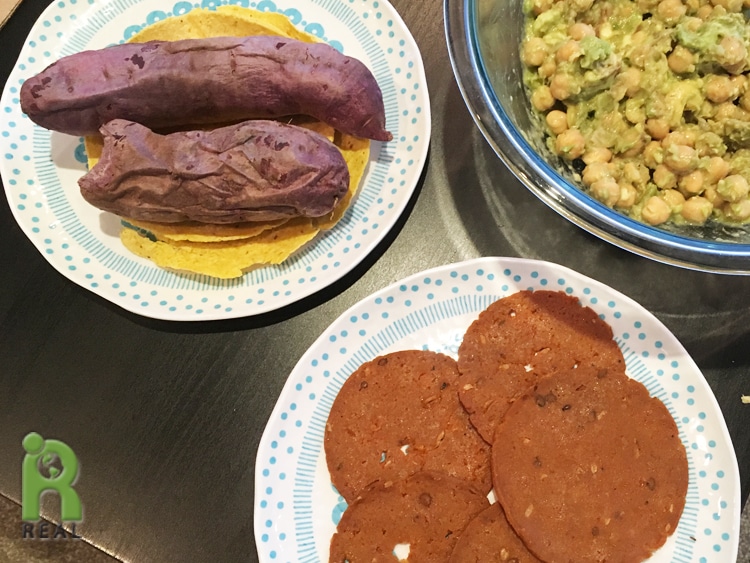 Dinner: Thanks to an article in the Bucknell Magazine for alumni that noted the book I have a chapter in, 25 Women Who Survived Cancer, Notable Women Sharing Stories of Hope, I reconnected with my old friend Cynthia. She read the article and reached out to me. She lives right here in San Jose where we happen to be working for 9 weeks. She invited us to dinner. Her husband John who is in Tech and also an excellent chef, was testing a high tech product that we all found fascinating— It’s a scale that works with an app on your phone that links to recipes that coordinate with the scale. In short, you don’t have to use measuring cups, just the scale. At any rate, John took up the challenge of preparing a vegan meal for us while also testing this marvelous scale. We stood in the kitchen and got a quick tutorial and it was really fascinating. We thought it was a great way to get the next generation back into their kitchens and start cooking. And how lovely that John was cooking us a vegan meal!

Cynthia and I performed in the Madwoman of Chaillot together at Bucknell. This play is a satire, by French dramatist Jean Giraudoux, written in 1943 and first performed in 1945. I had forgotten the story and rereading the summary gave me chills. It was about an eccentric woman who lives in Paris and how she plots along with her eccentric friend to deceive the evil businessmen in power. It is a story that is so relevant today. Gary and I are looking forward to producing a production of the play in the not too distant future. Stay tuned!

Now back to our dinner. We began with a fresh, spicy hummus that was served on beautiful platter with raw Broccoli and Matzoh Crackers. It was luscious. We sat at the coffee table getting reacquainted while we noshed and chatted. Three of us sipped on delicious wine and Gary, the designated driver, had a large tumbler of New York Seltzer water that Cynthia perfectly pronounced with an east coast accent in our honor: “Seltzah!” 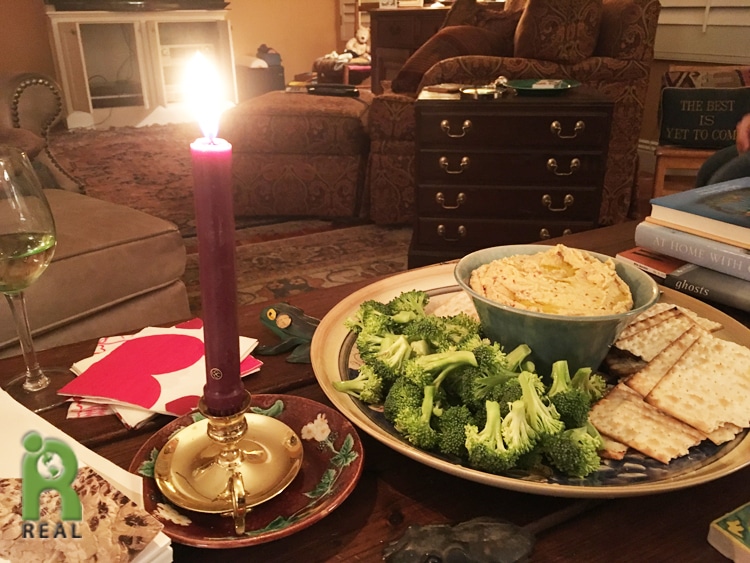 We sat down at the kitchen table that was beautifully decorated for Valentines Day! In keeping with the touches of red everywhere, we were served a freshly made Roasted Tomato soup. Cynthia and John have both been on a potato diet so Potatoes were served as a main course along with the soup. They were red potatoes, of course, and they were oven roasted to perfection— crispy on the outside and soft and creamy on the inside. And an amazing red wine was served. It was fabulous! 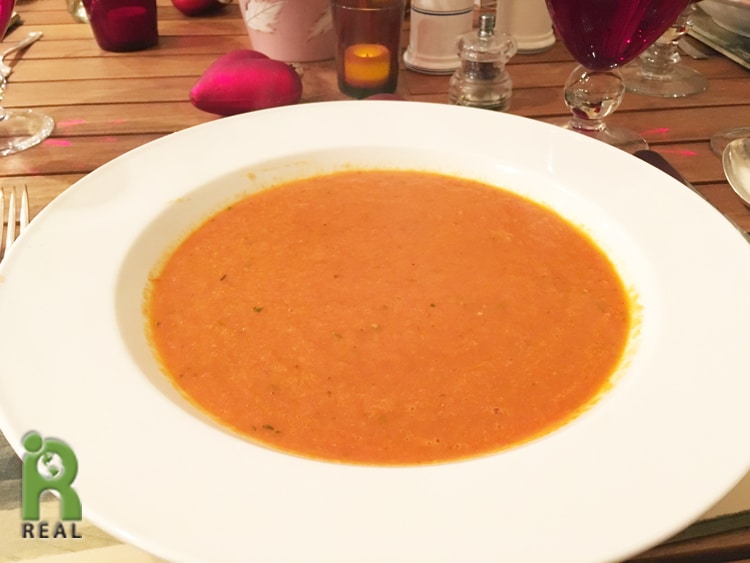 For dessert we continued to chat with ripe red Strawberries, Almonds and Dates. It was a lovely evening. The only time I picked up my phone was to take photos of the lovely and delicious vegan meal that was so beautifully presented and prepared for us. Thank you, Cynthia and John! 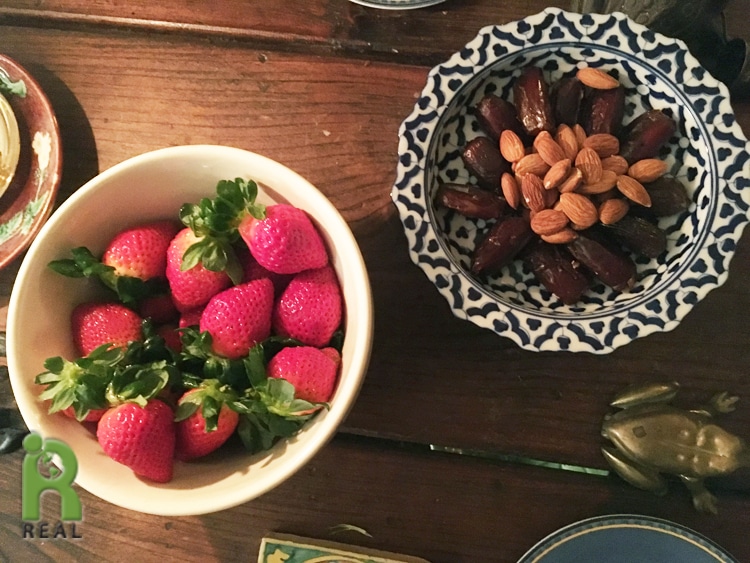 Evening: Back at the pool house we had Lavender Mint tea.