Breakfast: This morning Gary made me a lovely bowl of Rolled Oats, Coconut, Bananas, Cashews and Chia Seeds. 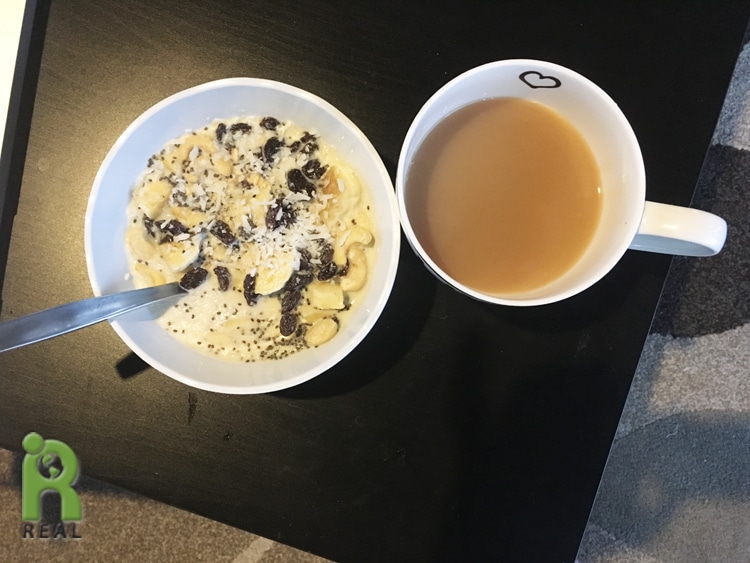 Lunch: At rehearsal, during one of the breaks, I had a few Orange slices and a Corn Thin.

Dinner: We had plans to meet Gary’s old friend Ted and decided to go to Blue Line Pizza. We tried it once this past summer and thought they had the best vegan pizza we’ve ever had in a restaurant. (Keyword: restaurant; the best pizzas we’ve ever had we’ve made at home). The Blue Line Pizza thin crust is vegan and they serve Daiya cheese. Gary and I shared the Greek Pizza without the feta. It comes with Spinach, Sundried Tomatoes, Olives and Roasted Garlic. I got Mushrooms on my half and Gary went with the Daiya Cheese. 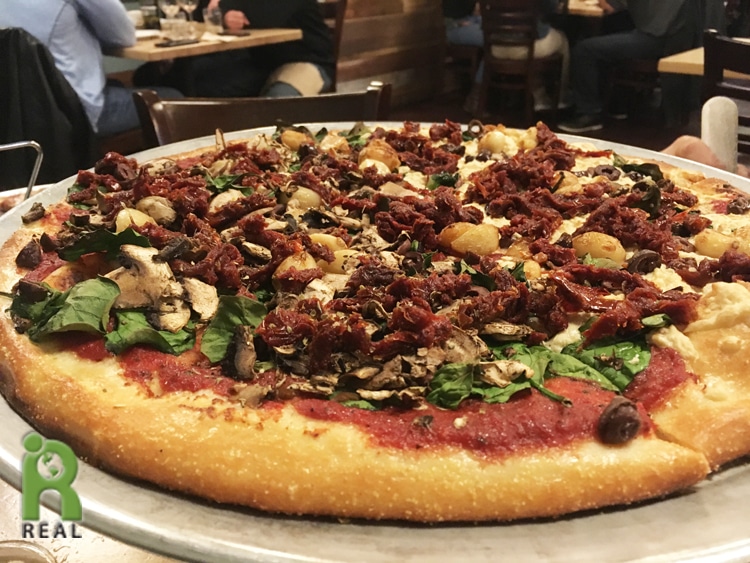 Evening: Back at the pool house, we got back to work while watching a movie called Night Train to Lisbon with Jeremy Irons. Gary picked it not knowing anything about it, but knew Jeremy Irons was a great actor. It was an excellent film about the resistance against the Salazar dictatorship. Salazar founded and led the Estado Novo (“New State”), the corporatist authoritarian government that ruled Portugal until 1974. We couldn’t believe we were watching a story about people fighting for their freedom. So much sounded like the direction we are heading today. We must resist! But first, something sweet. We had been talking earlier about the candies we used to love – Raisinettes (chocolate covered raisins) and Goobers (chocolate covered peanuts). I sang the old jingle for the two candies. Gary made a plate of Dark Chocolate, Peanut Butter and Raisins. I took some, melted the chocolate and mixed it with the raisins and chocolate, making something like Raisinettes and Goobers, only better! We also had Lavender Mint tea. 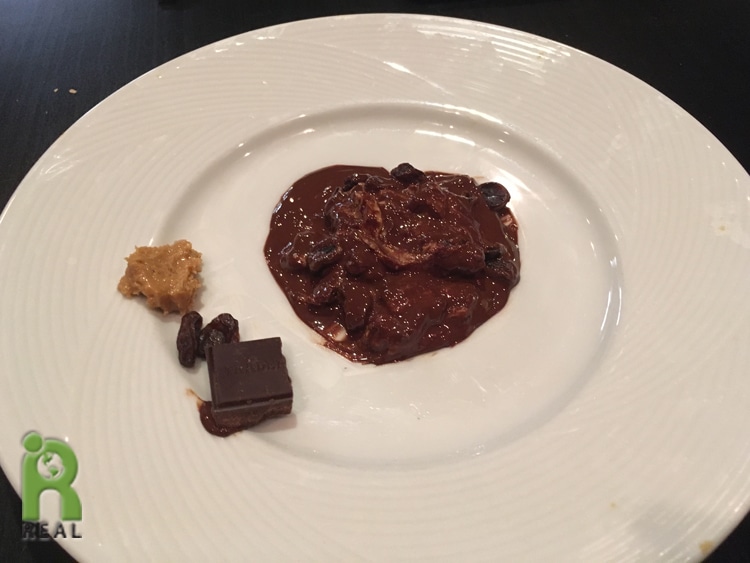