Breakfast: We are out in California for over 9 weeks, as you may know, directing a production of Fiddler on the Roof. I lived in the Bay Area from 1982-1992 and commuted here from 1996-2001. When we come to visit for work or to spend time with Gary’s family I like to see some of my old friends who live here. It’s challenging because there are only 24 hours in a day. I tend to overbook sometimes and this was one of those days. I was meeting Susan for tea at nine, then recording my IT’S ALL ABOUT FOOD show, followed by vocal coaching some children in Wonka Jr. and then assisting Gary at our 4-hour Fiddler rehearsals.

Susan is a friend I met back in Junior High School. She was picking me up. With the heavy rains coming down I asked her if she wanted to reschedule and her response was “rain does not hold me back, I will bring umbrellas.” Right on, Susan. We went to Starbucks. I ordered an English Breakfast tea with Steamed Soy Milk. We caught up talking about arts and politics. I chatted briefly with one of the barristers and commented how all we are doing is talking about politics and the current mess with the federal government. She told me she was here from Ireland, with a green card and was actually afraid to travel now, since the so-called president announced his Muslim ban. We both knew she was not affected by it but you can’t help but wonder, how far will this guy go with executive orders and who would he attack next? It made me think of the poem by Martin Niemöller (1892–1984), a prominent Protestant pastor who emerged as an outspoken public foe of Adolf Hitler and spent the last seven years of Nazi rule in concentration camps:

First they came for the Socialists, and I did not speak out—
Because I was not a Socialist.

Then they came for the Jews, and I did not speak out—
Because I was not a Jew.

Then they came for me—and there was no one left to speak for me.

I believe it’s important to talk with people face to face. I talk to people everywhere, at the coffee shops, in the grocery stores. We need to look up from our phones and dialog with real people. We can find common ground with just about everyone – we all want clean air to breath, clean water to drink, nourishing food for ourselves and our families, a roof over our heads. If we can make connections and agree on these basic necessities perhaps we can build from there with constructive dialog for positive change. And it can happen at Starbucks!

Back at the pool house, I was so hungry! I made a favorite breakfast or snack of ours, Corn Thins with Peanut Butter and Banana. 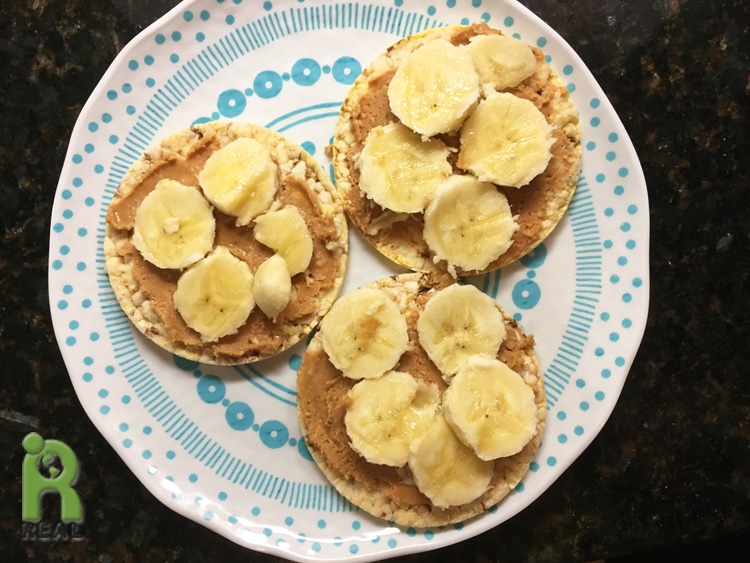 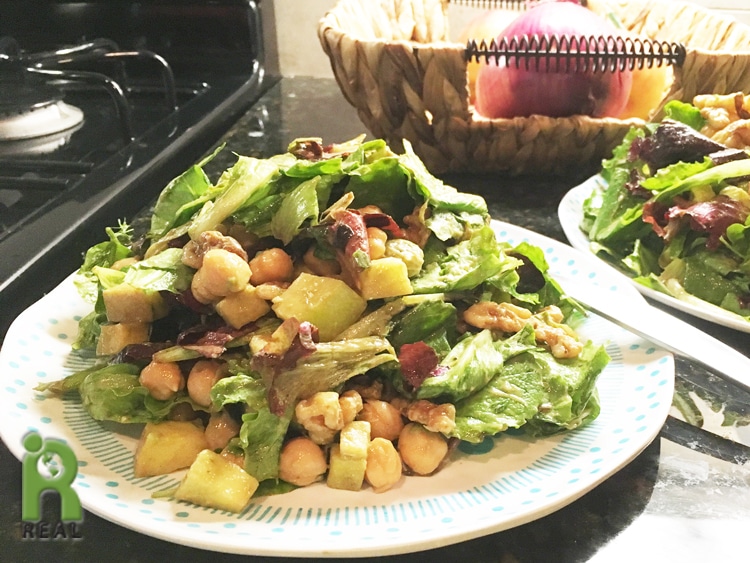 Dinner: After rehearsal, we came back to the pool house and Gary made a quick soup, with Red Lentils, Ancient Harvest Corn/Quinoa Noodles, Kale, Tofu and Red Onions. 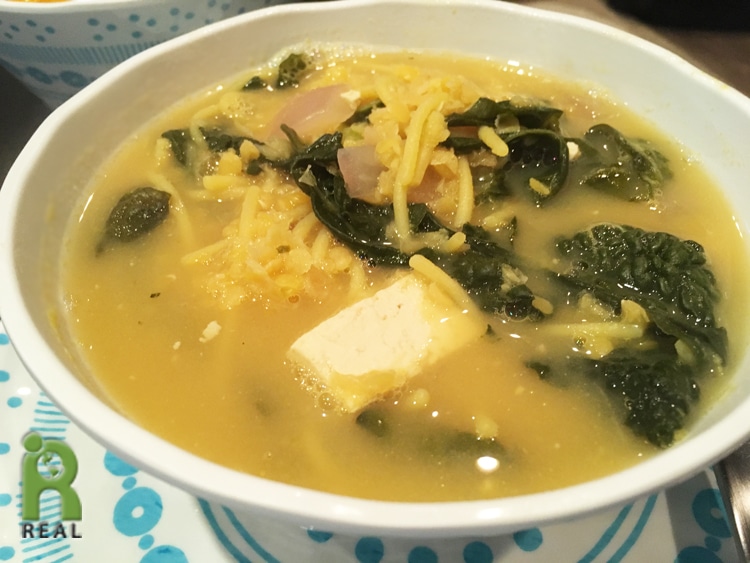 Evening: Since Gary’s cousin Nancy gave us a huge bag of oranges I have been enjoying them almost every evening. They are small and very tart. I slice up three or four of them and eat them slowly as I wind down the day.