Breakfast: We are not morning people. Especially now during rehearsals for Fiddler on the Roof. Theater is more of an evening event. As a result we go to bed late and if lucky enough to sleep in, we get up late. Today was not one of those days. Because of conflicting schedules I called a band rehearsal for 9am. It was worth it. We accomplished a lot. And Gary came by with hot beverages and vegan Donut Holes from Whole Foods for our brief break. 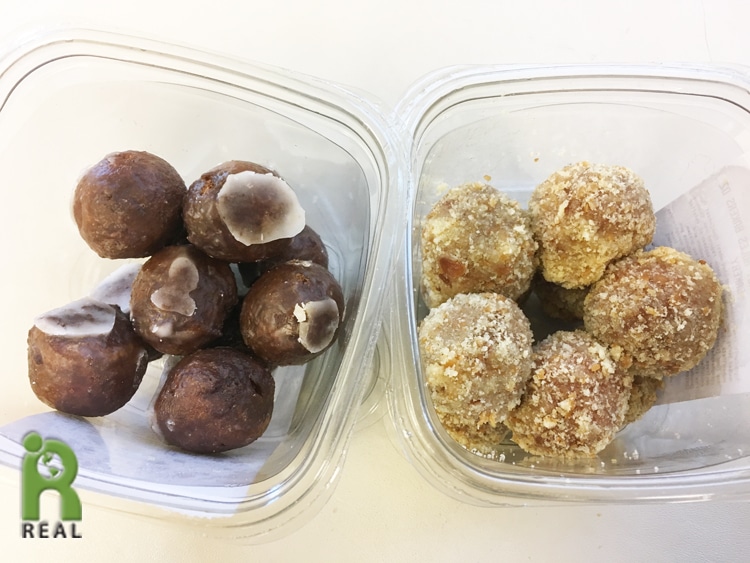 Dinner: Back at the pool house I wanted to nap but couldn’t. I would have to wait for the evening to sleep. I was so glad we had Vegetarian House leftovers. I reheated the Flying Buddha Soup for the first course. Mixing together the Brown/Red rice and the Golden Thai Vegetables were recommended so we got this dish with Pumpkin, Broccoli, Mushroom, Eggplant, Green Beans, Carrots, Cauliflower, Red Bell Pepper in a spicy Thai Lemongrass Sauce with Coconut Milk was a satisfying second course.

Evening: We were invited up to the main house to watch the Grammy’s. I tried to resist the offer of ice cream but gave in to a small dish of Strawberry Coconut Bliss. 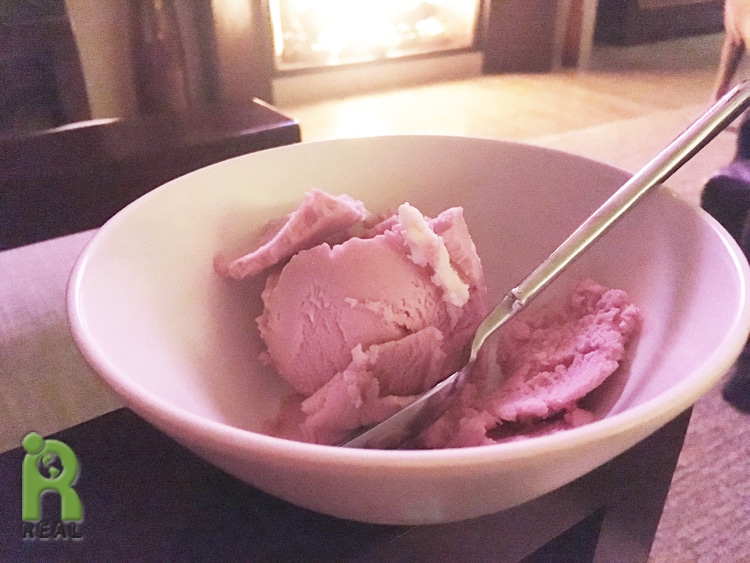 We watch the rest of the Grammy’s in the pool house. I peeled a sweet orange for Gary and sliced the tart ones for me. 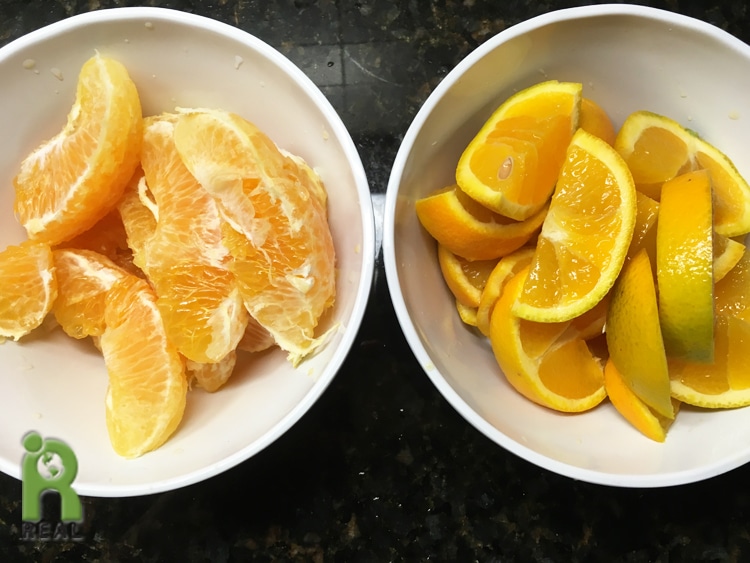