Breakfast: It’s Friday, our day off which isn’t really a day off. I volunteered to paint our Fiddler set that Gary designed and today was the day to do it. We fortified ourselves with Oatmeal with Apples, Raisins and Chia Seeds. 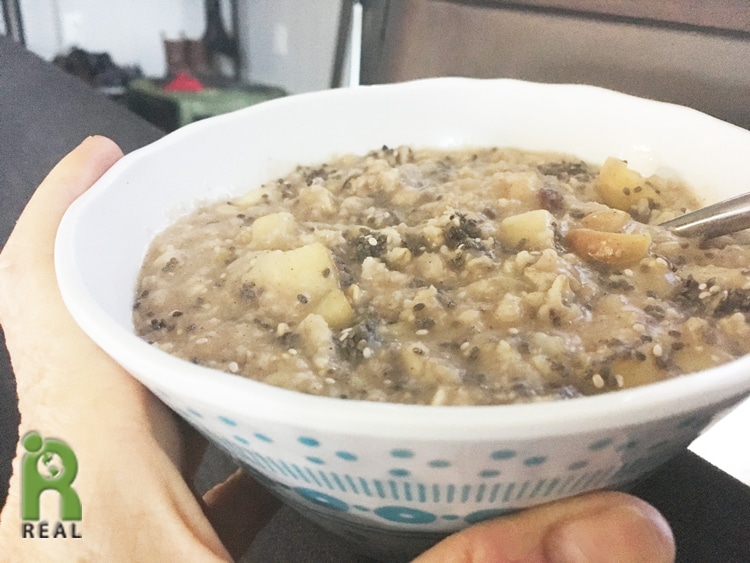 After collecting some paint at the Hoover Theater, Gary and I went over to the Armory in San Jose where the set flats had been built and given a base coat. I got started, Gary helped. It was enjoyable for me. I find painting relaxing, it’s a Zen experience. I was determined to get it done. After about three hours it was completed. I can’t wait to see how it comes together with everything on stage. One of the cast members came by to help but I had taken ownership of the work and wanted to do it all myself! She was kind and brought us hot tea. That helped. The old Armory was on the cold side.

Dinner: The obvious place for dinner was the Vegetarian House. We waited in the parking lot for about a half hour for it to open at 5pm. It was nice to relax and be still. It was even better to eat. We started with the traditional Heavenly Salad. 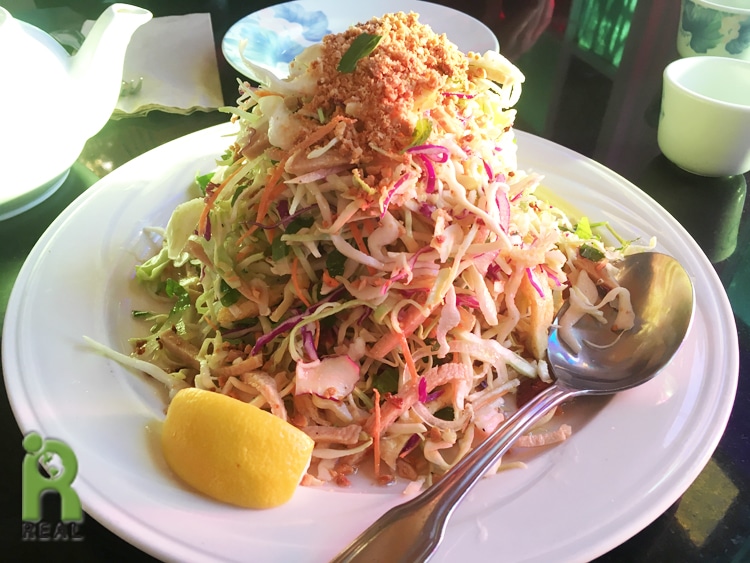 After my big workout of painting I went for the Rainbow. It’s a “fish” dish, consisting of hand made sheets of bean crud wrapped in crispy seaweed with vegetables and mushrooms in a sweet and sour sauce. I have had this dish in several vegetarian Asian restaurants. It fun to try them and see how each chef puts their own touch on it. Sometimes the “sweet” in the sauce is a little overpowering for me, but not at the Vegetarian House. It was fabulous. 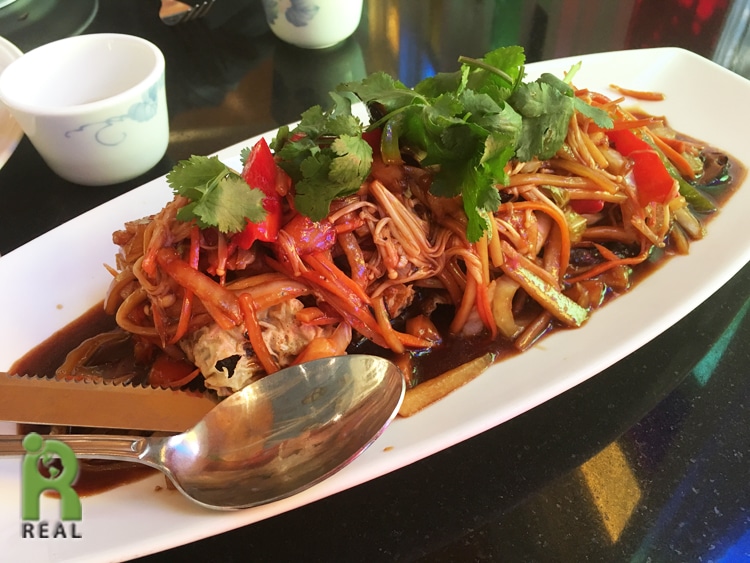 Spicy Cha Cha was chosen too. This is like a breaded, fried shrimp dish, made with crumbed yam flour crescents seasoned with mixed spices, red pepper, onion, garlic and chili. 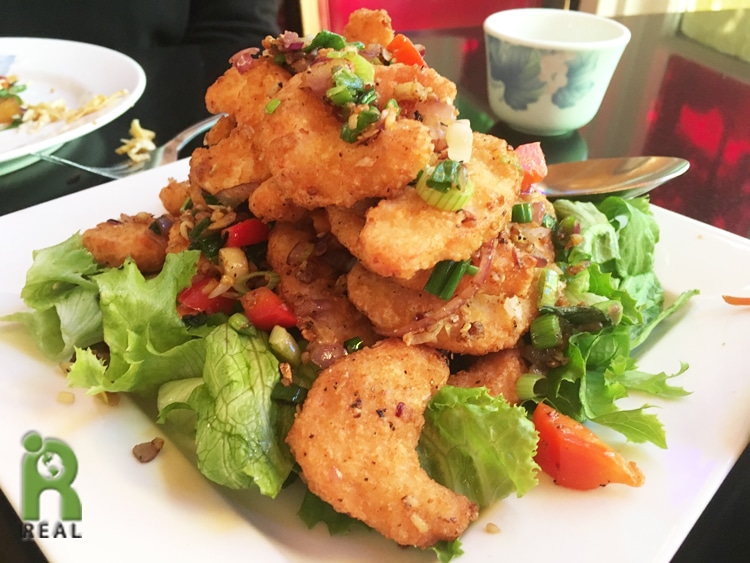 Gary got adventurous and ordered the Pad Thai. He said it was the best Pad Thai he had ever had, made with stir fried rice noodles, tofu, vegetables, bean sprouts and yam flour crescents topped with roasted peanuts. 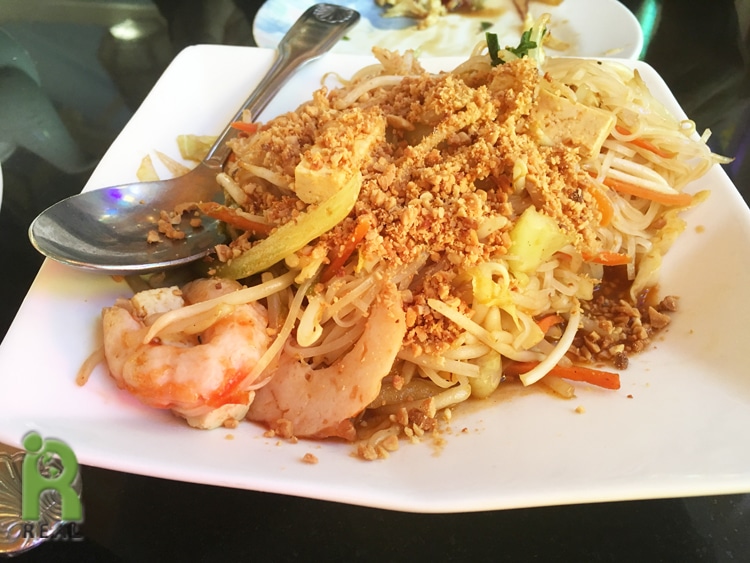 Evening: Back at the pool house, I will admit, I was physically exhausted. It was 7:30pm and I was ready to pass out. We had fresh Oranges and Mint Tea and then ZZZZZZZZZ.