Breakfast: So much to do, too little time! We were going to visit the Lyric Theatre office to look at their costumes. They were generously going to lend us whatever we needed. I made our breakfast quickly using the Millet I had prepared the day before, served with Earl Grey Tea and Soy Milk. 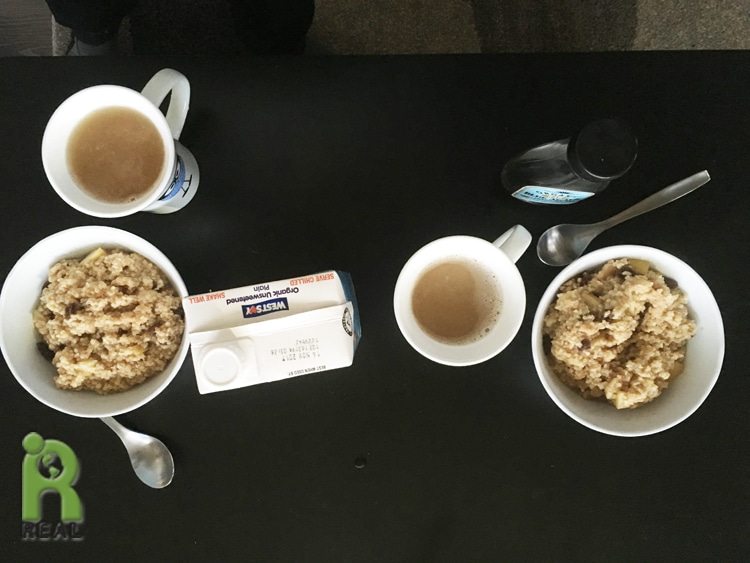 Lunch: After selecting many wonderful costumes it was time to search for food. We were near a Sweet Tomatoes so we went there. Have you ever been to a Sweet Tomatoes, or a Fresh Choice restaurant? I remember when they were very popular in the late ’80s here in California. It was the ultimate in salad bars. In addition to the obvious salad bar with lots of fresh veggies, there is a potato bar, a soup bar, a bread bar and a dessert bar, all for one price. I used to like going there a lot. We made our big salads first. 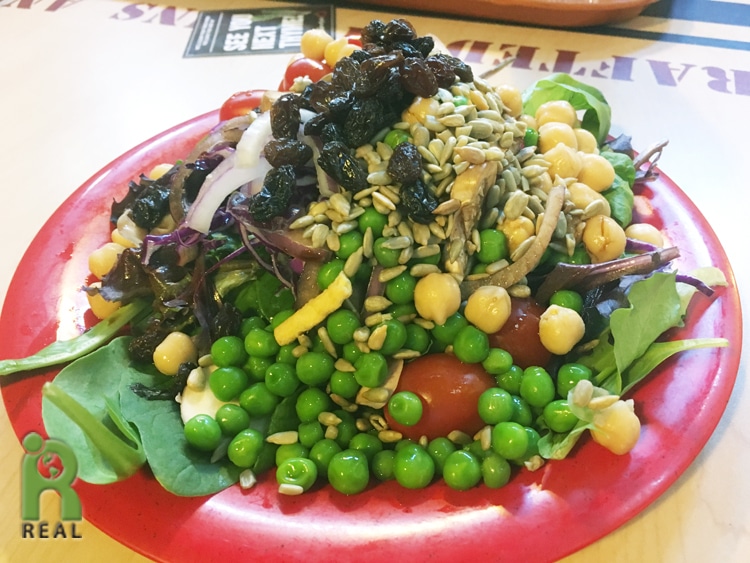 I was happy to see that all the food items were labeled if vegetarian or vegan or gluten-free. There was a vegan sourdough bread and a vegan Ratatouille soup. I tried the soup, which was very salty. Not wanting to waste it all, I put the vegetables from the soup on my Potato. 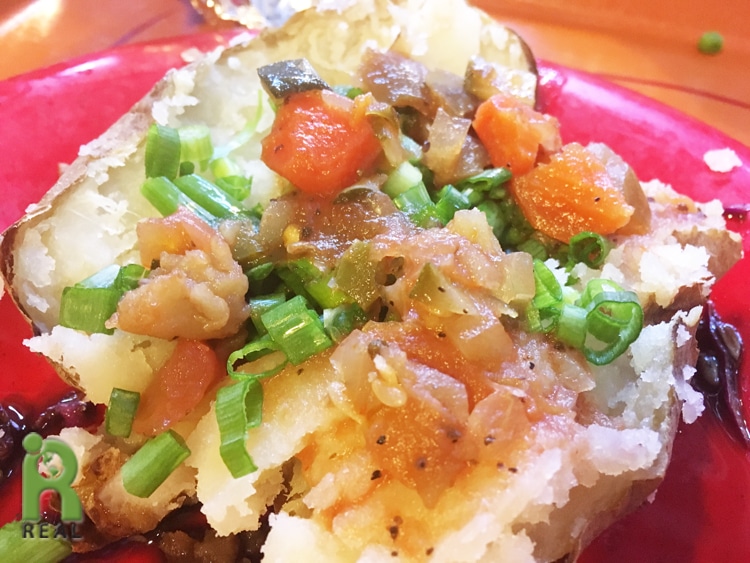 Dinner: Then it was back to the theater to do the “cue-to-cue” tech rehearsal. It’s a tedious but necessary time, where the positions of all the set pieces are marked and the cast gets accustomed to the stage, after working in a rehearsal room, and people are assigned set pieces to move in and out. We got really hungry! I ran out with Barb, our producer for hot beverages at Starbucks. More Earl Grey for Gary and an English Breakfast tea for me. As the evening wore on, Barb’s daughter Katie brought us a platter of goodies: Sliced Cucumbers, Colorful Carrot Sticks with Kite Hill Vegan Cream Cheese with Chives, Organic Kirkland Hummus and Organic Wholly Guacamole. 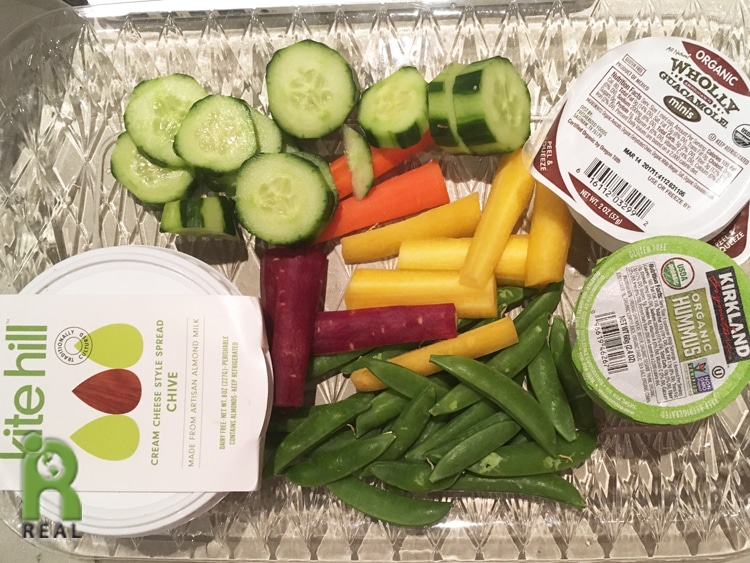 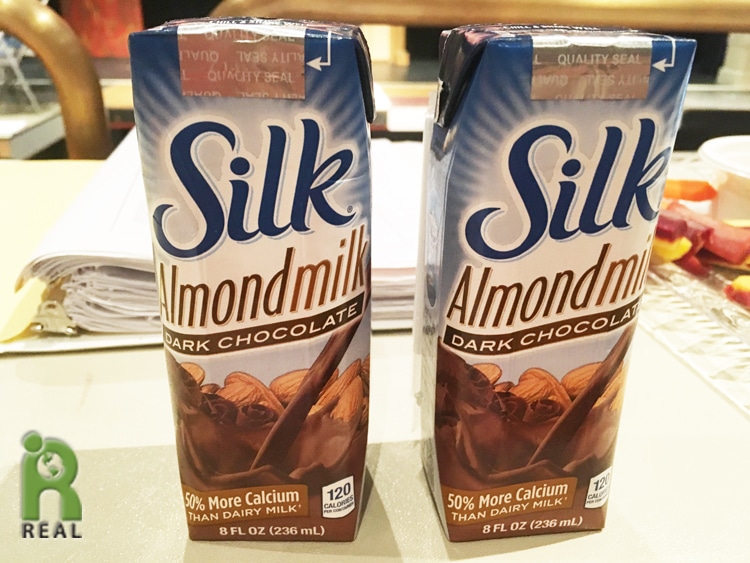 Evening: We can’t bring peanuts to the theater because of children with allergies. When we got back to the pool house after a long day, Gary took care of his Peanut fix mixed with some Raisins along with Mint Tea.