Breakfast: Tuesdays are particular rough lately, with my radio show right in the middle of the day followed by long evening rehearsals. This day was the roughest. I got up and fortified with Genmaicha Green Tea, Orange Slices and Millet Cereal. 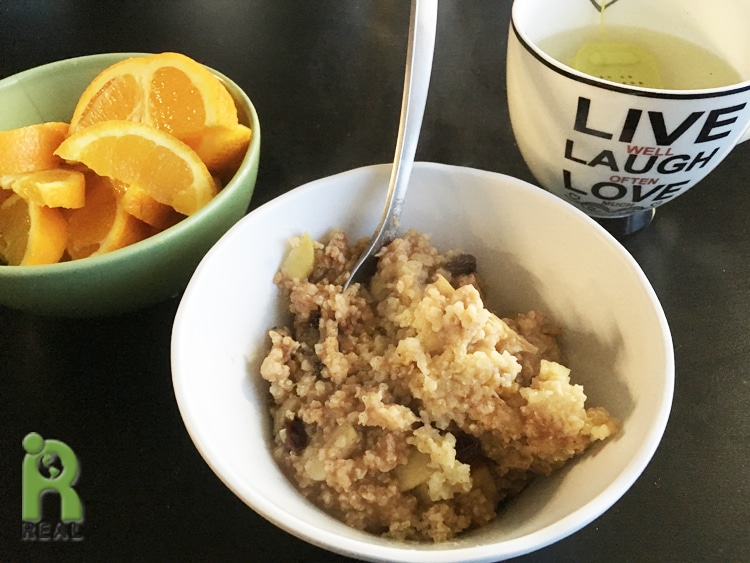 Lunch: The night before I had been preparing a soup in my mind, to make today. Gary knew I had a lot to do and he offered to prepare lunch for me before he went out, searching for a remaining costume items for our Fiddler on the Roof dress rehearsal later on. I described what I had been planning on making: Vegetable Broth with Spinach, Tofu, Red Onions and Corn/Quinoa Pasta. He made a big pot and left without having any. I prerecorded my program in the morning so that I would be available to help Gary when he came back. There was a lot to do before rehearsal. I grabbed a bowl of soup. It was perfect. 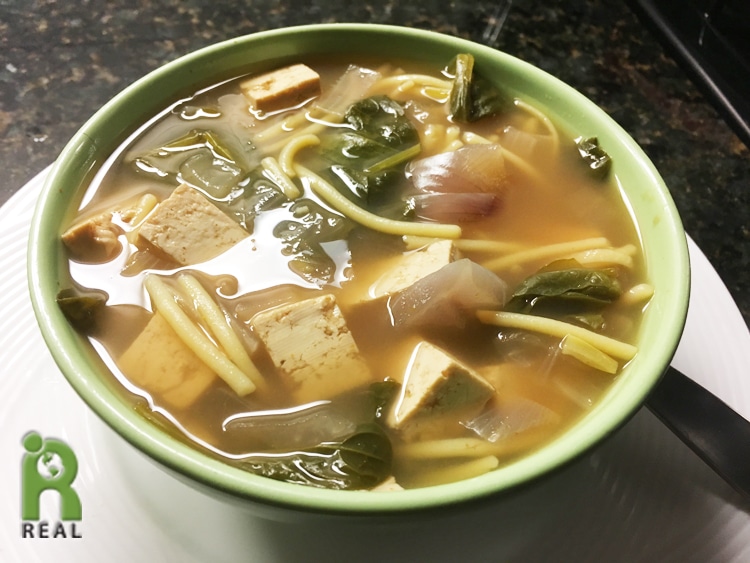 Dinner: The rehearsal would start at 6pm and by 4pm I was very hungry. There was only one option in the neighborhood, the Park Station Hashery just across the street from the theater. Gary and I had been there once before over a month ago and liked it. I walked over there. The place was empty since it was early. That was a good thing. I could talk to someone there about what dishes were vegan or could be made vegan. 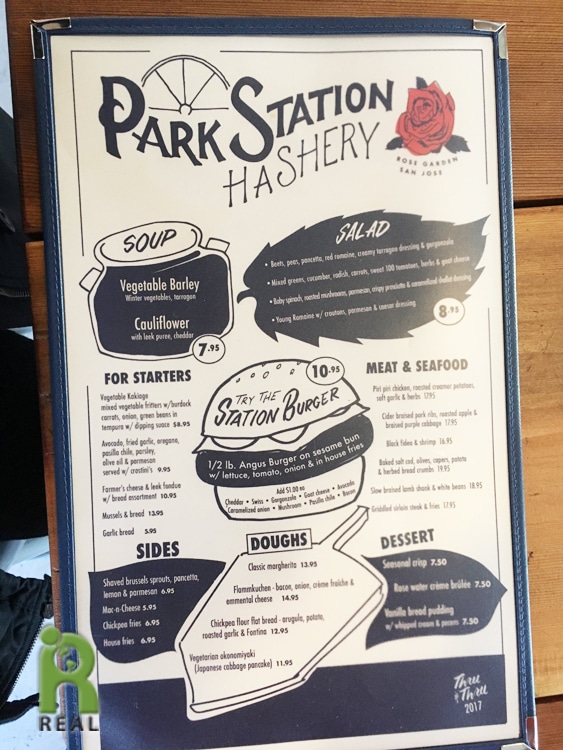 I spoke to a woman on the staff who was upbeat and helpful. She went in the back and came out to tell me which items I could have. It’s National Pancake Day (and Fat Tuesday, Mardi Gras). She said this Japanese Cabbage Pancake was vegan so I thought it was an appropriate dish for the day. I ordered that along with Chickpea Fries and a Vegetable Barley Soup and I planned to share it all with Gary. When I got back to the theater I opened everything up. The pancake had a suspicious white sauce on it. 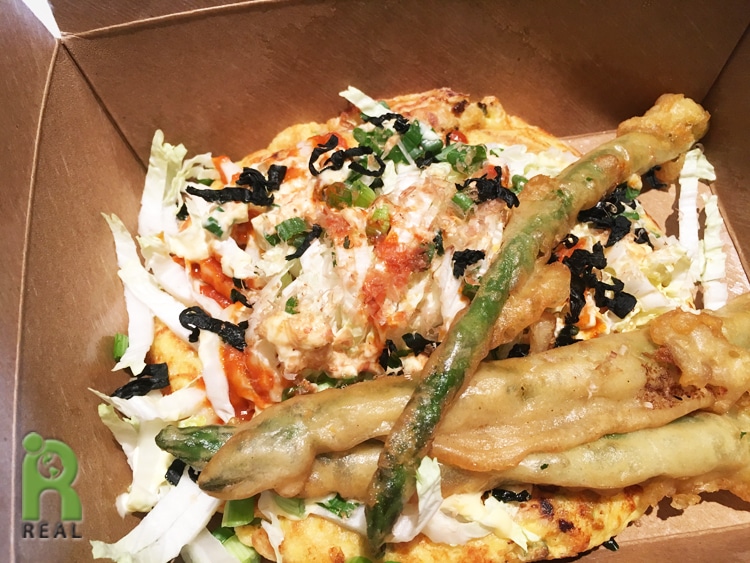 I called the restaurant and they confirmed apologetically that it was mayonnaise. I packed everything up and brought it all back. I was not comfortable eating any of their food. While waiting for my refund, a man on the staff said they were making me a new Japanese Pancake without the sauce. I asked if he was sure it was vegan. He checked and came back and said it contained eggs. They are clueless there. I returned everything.

Back at the theater, the producer’s daughter Katie, who is also in the cast, had numerous cans of Amy’s soups that she offered to me. I took the Lentil Vegetable and heated it up in the Green Room. It was good and I felt better. 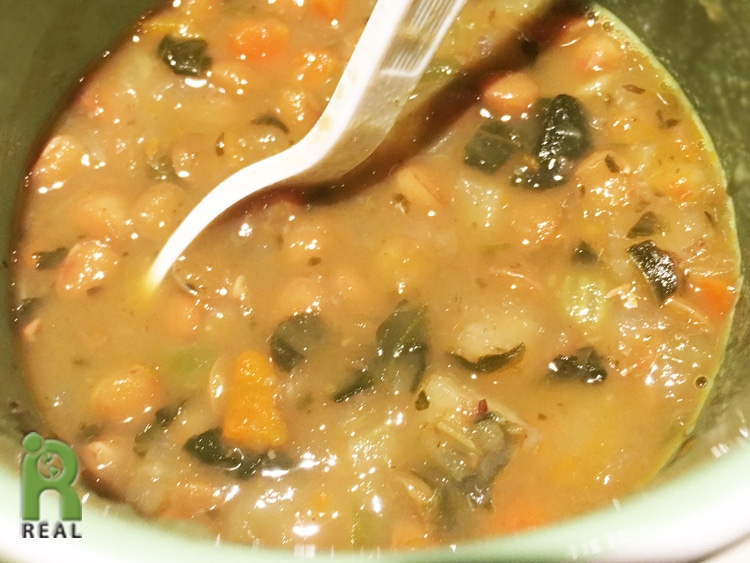 Evening: The rehearsal was long and frustrating. We got back to the pool house and I had more of the soup Gary had made me earlier in the day. We have one more rehearsal before the opening and so much to do! I am hoping something magical will happen tomorrow evening. In the theater, it usual does.