Lunch: Well, the Food Revolution Summit has begun. I’ll be working behind the scenes, responding to comments and questions from thousands of people tuning in to this amazing annual event. And I’ll be offering up a new recipe each day, tying in with the daily theme. I skipped breakfast. My stomach has been feeling bloated these last few post-birthday party days. Gary brought me our favorite whole grain mix of Red and Black rices, Millet and Turanicum with Tahini Dressing. This is my comfort food. I had some Bancha tea to go with it, which I drank all during the Summit. 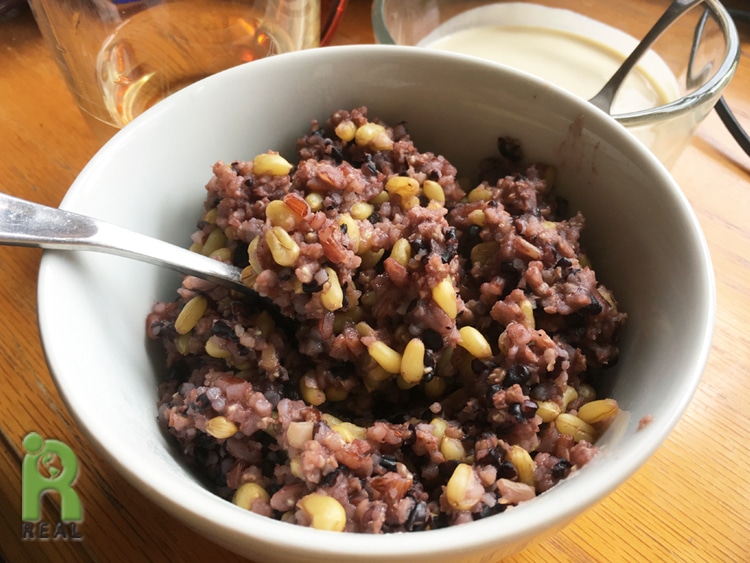 Dinner: After the Summit, I had a little time to relax and unwind from focusing intensely on healthy food for over three hours. Then we went out to see a 5-hour-plus presentation of Eugene O’Neill’s Mourning Becomes Electra. We had been looking forward to this for a while. It was one of those fantastic experiences you can only get in New York! We were offered Chili Lime Peanuts to nourish us during the first few hours of the performance. During the second intermission everyone got a box containing a “pupu platter” of Tofu with Coconut Rice. It was vegan! Why? Eunice Wong, a principle in the cast insisted on it. She’s vegan and the author of What the Health, which was also made into a documentary by the same folks who brought us Cowspiracy,
Keegan Kuhn and Kip Andersen. We got to meet Eunice after the play and I’ll be interviewing her soon, about her book, on the IT’S ALL ABOUT FOOD show. I’m looking forward to that! 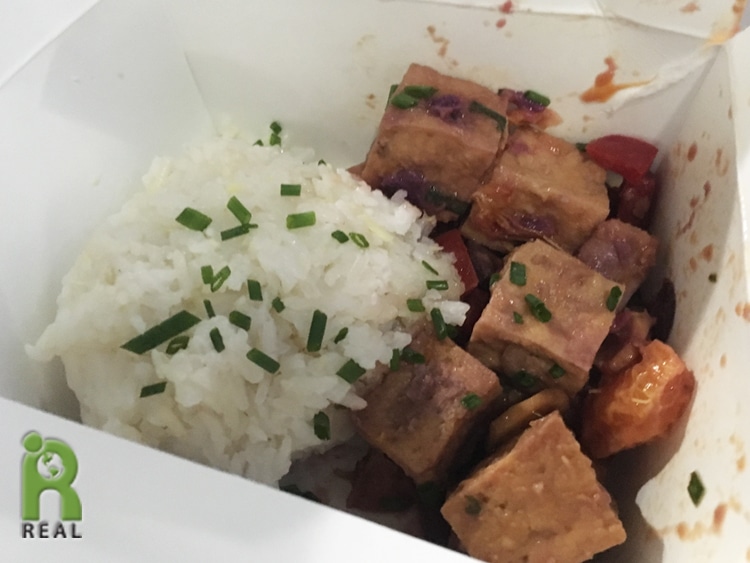 Evening: Back at home, I wanted to care for my tender belly. I made some Miso Mushroom Soup, with the same grain mix I had in the morning and some Chick Peas added in. 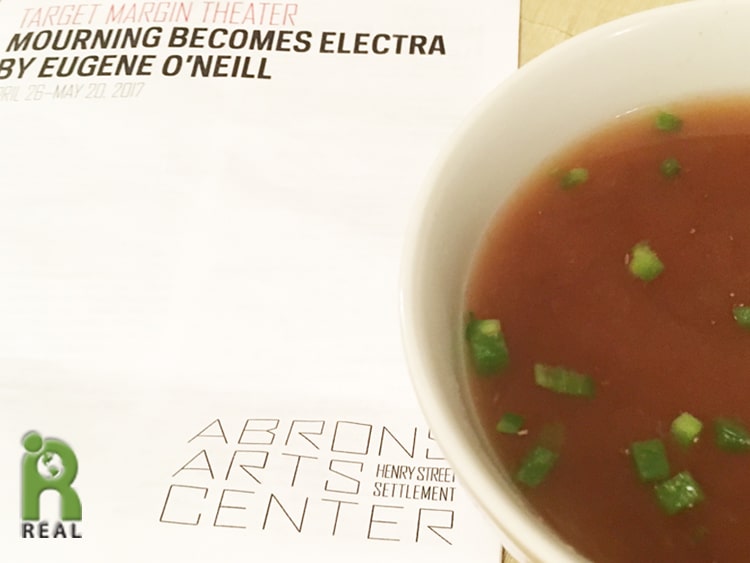