Breakfast: It’s Mother’s Day. Happy Mother’s Day everybody. It’s a Hallmark Card holiday, I know, but I go along with it. The plan was to drive my parents to David, my sister-in-law’s brother and his wife Geygi’s home. I got ready with a good breakfast, Fruity Corn Waffles, reheated from yesterday, topped with some Sweetened Cashew Ricotta (I had made yesterday for our film shoot) and Vanilla Black Tea. 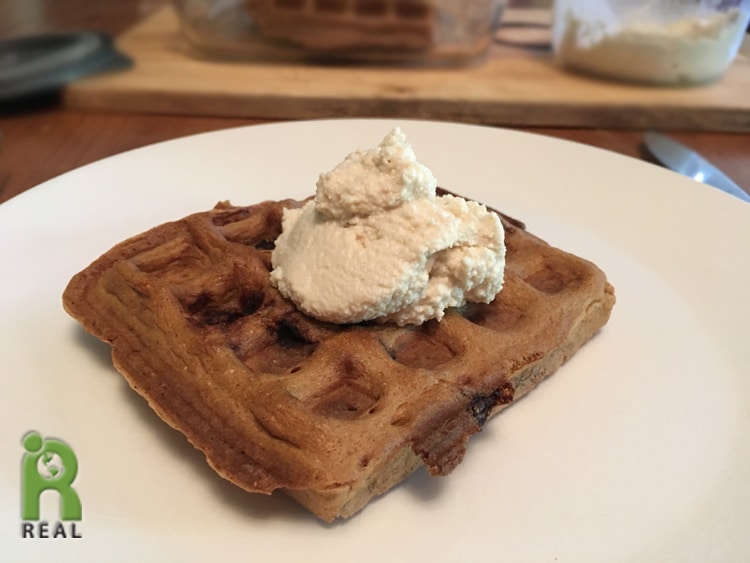 Lunch: David and Geygi just got a new gas barbecue. The plan was to cook the vegan stuff first before they grilled the meat. I was touched with their effort to keep the vegan food clean, on the virgin barbecue. There were Portabello Mushrooms, Sliced Sweet Potatoes and Amy’s Burgers 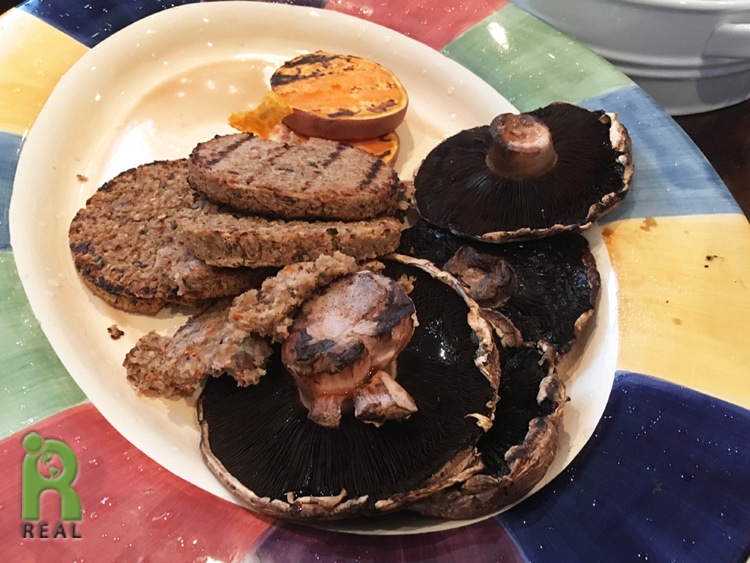 There were also Dr. Praeger’s Burgers. They were very good! My sister-in-law made a great bean salad and there were plenty of chips, guacamole and grapes. 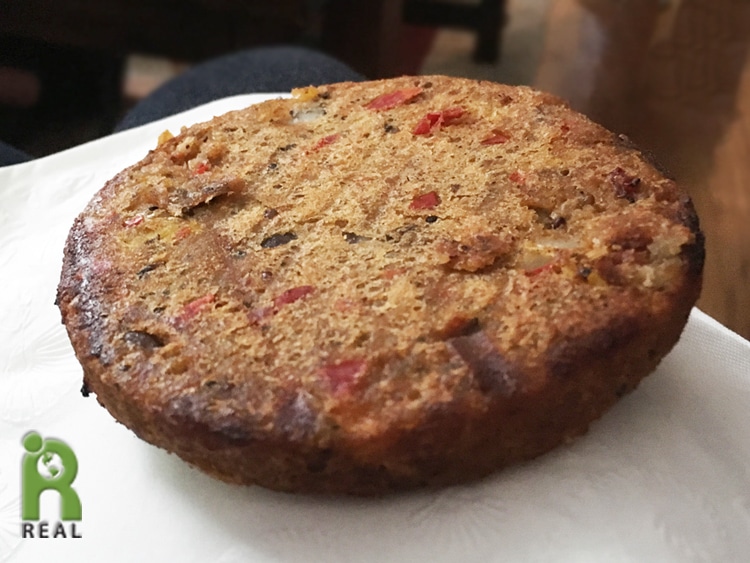 Later on we had dessert. I dug into the Fresh Fruit Salad and took a nibble of cousin Jared’s vegan, gluten-free Peanut Brittle. 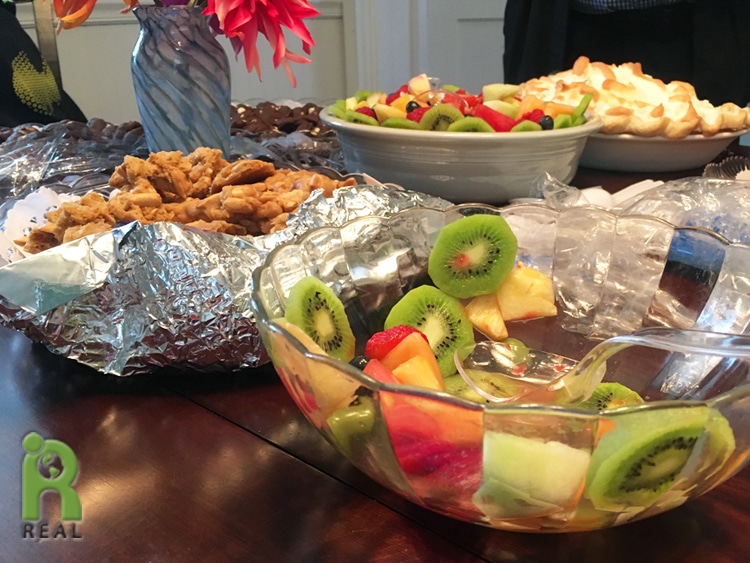 Dinner: The original plan was to drive my parents home and stay over. But it was light enough for my dad to drive on his own so I went straight home. Gary had made a hearty Lentil Cabbage soup. I have craved something like this for a while. We haven’t been eating enough big soups lately. 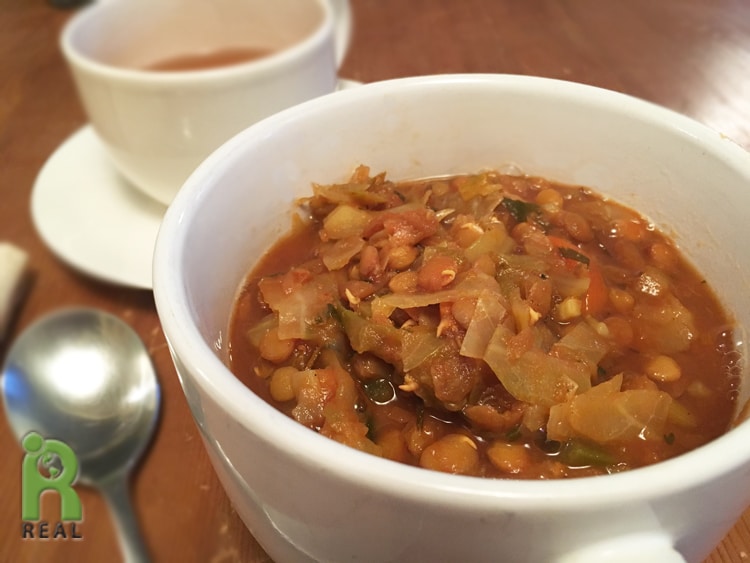 Afterwards we each had a couple of Frozen Raw Lemon Cheesecake Cookies. We made them yesterday for our food show. 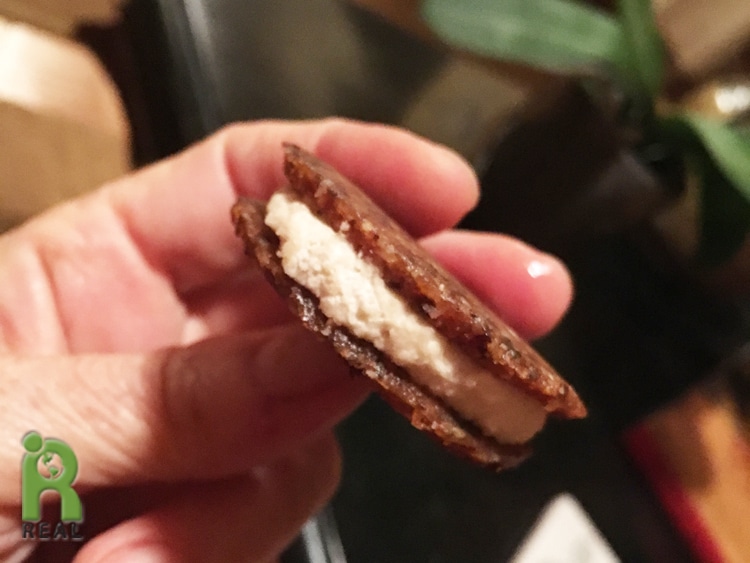 Evening: Somehow we were both a little hungry in the evening. The Corn Thins came out, along with some Avocado, Almond Mozzarella Cheese with Jalapeno and Red Onion. 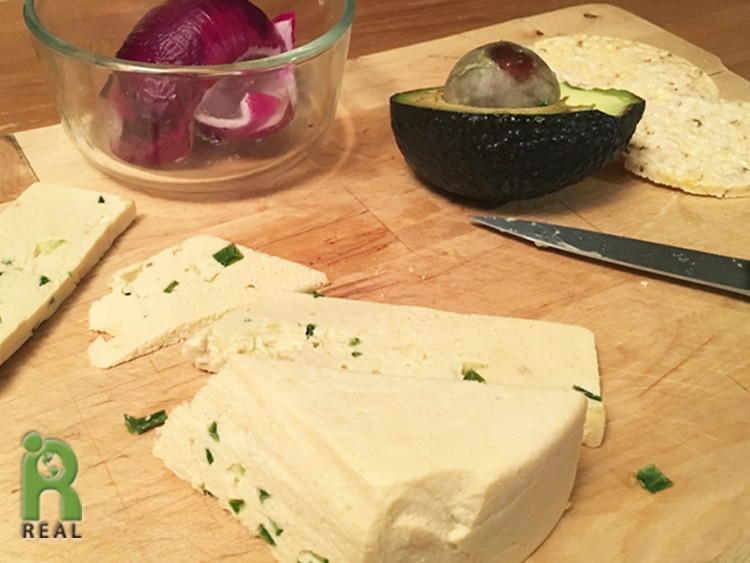