Breakfast: We are staying with a friend in Palo Alto, so our food choices are limited. We’ll be eating Rolled Oats for breakfast most of the week. But then, that’s what we normally do when we are at home. This morning’s bowl had Bananas, Raisins, Walnuts and Soy Milk. I had a cup of Jasmine tea and Gary made a pot of Almond Rooibos. 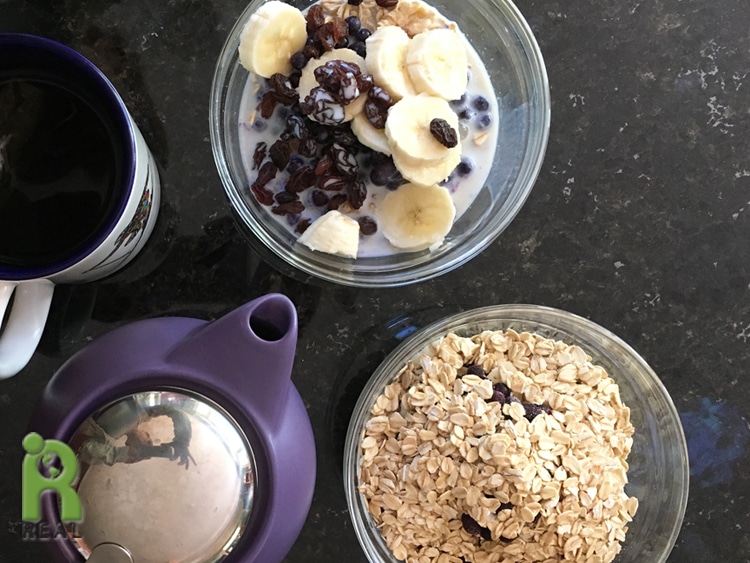 Lunch: After a two-hour walk around the Stanford Dish trail, we went over to University Avenue and walked around. We decided to have lunch at SweetGreen. It’s a fast food chain, typically found in the smart college communities. I first went to one in Boston. They have a selection of fresh salad mixes or you can make your own. I chose the Thai Watermelon Salad with organic arugula, chopped romaine, watermelon, blueberries, cucumbers, shredded cabbage, mint, roasted sesame tofu, fresh lime squeeze and a vegan pesto dressing. Gary chose the Hummus Tahina Salad with chopped romaine, shredded kale, herb falafel, tomatoes, red onion, cucumbers, za’atar breadcrumbs, housemade hummus and a spicy cashew dressing. These were BIG salads, a full meal, as they should be. 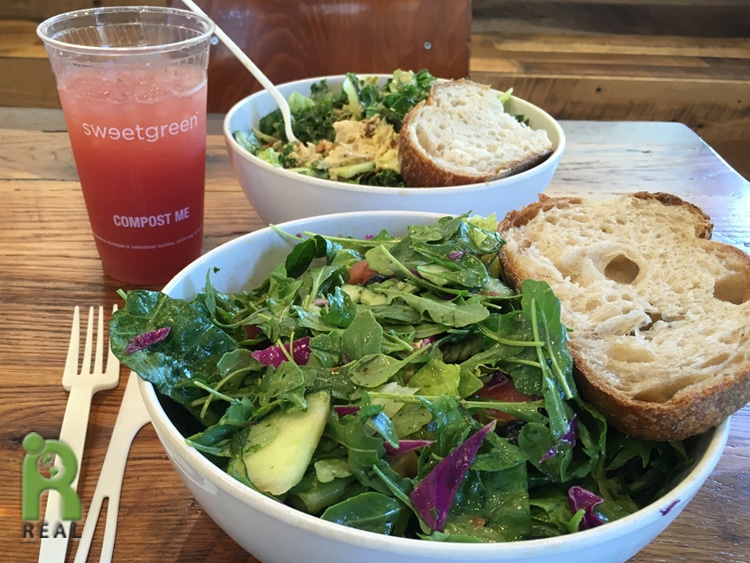 When we left SweetGreen I joked with Gary and said, now we’ll go and have a piece of cake. It’s not something we ever do but it was fun to say. I am a bit surprised though that there are no 100% vegan restaurants or bakeries in this town and very few throughout the Bay Area. In New York City there are a gazillion! Many places here are vegan-friendly. I guess they want to please everybody. We continued to walk around University Avenue, reminiscing about the old establishments that were here in the ’80s and ’90s and have been replaced several times over. We stopped at an Ice Cream place called Scoop and I checked out the menu. They had one vegan flavor – coconut! 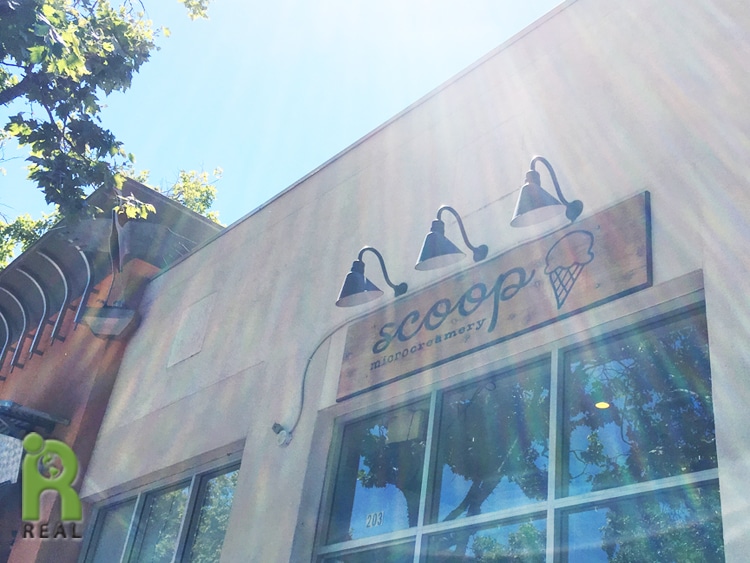 When I was a kid, Coconut Ice Cream was my favorite. It was a dairy ice cream and very hard to come by. I love the vegan versions today, so I got a scoop. The server told me their Hard Candy Chocolate was vegan too, so I agreed to top mine with that. It was spectacular! And surprisingly not too sweet. 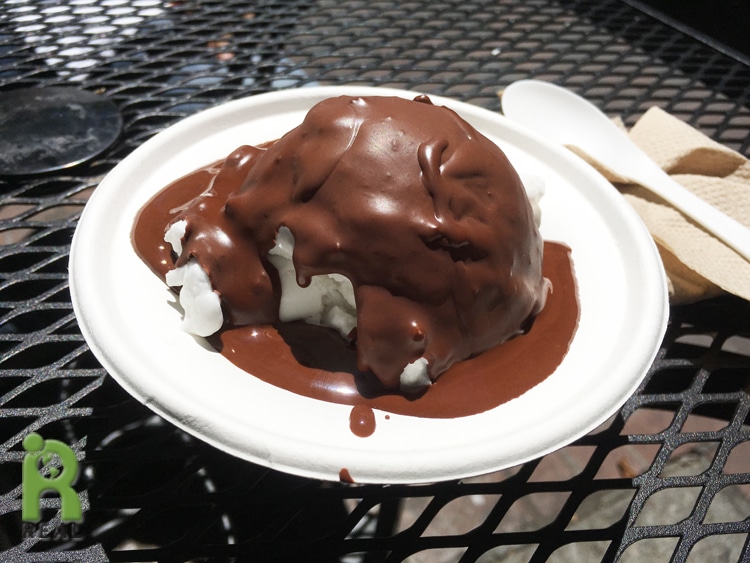 Evening: I had plans to meet with my friend Nancy in San Francisco. I took Caltrain and BART and walked uphill for 25 minutes to get to her place in Noe Valley. But I wasn’t hungry for dinner. She made herself a salad and we chatted for 3 hours. Gary pciked me up and drove us back to Palo Alto. Somehow, I was really hungry when we got back. We settled in for the evening with the books we’ve been reading and some Tortillas, Avocado and the Bean and Veggie mix we had prepared yesterday. 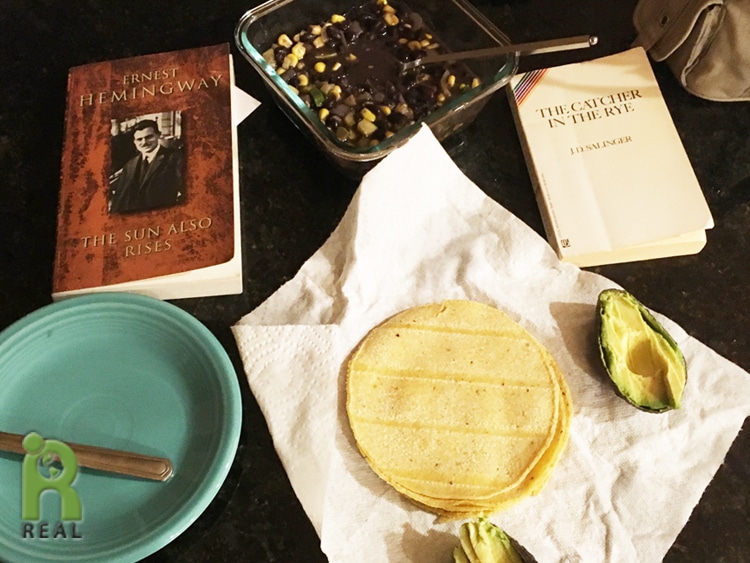