Breakfast: In the morning I sat out on the patio at my parents home. My mom treated me to her specialty, Fruit. She brought out Honeydew Melon, Oranges, Bananas, Blueberries and Raspberries and served me a cup of Green Tea. We sat there a long time, chatting and enjoying the perfect weather. My dad joined us later with a bowl of Cheerios and Almond Milk. 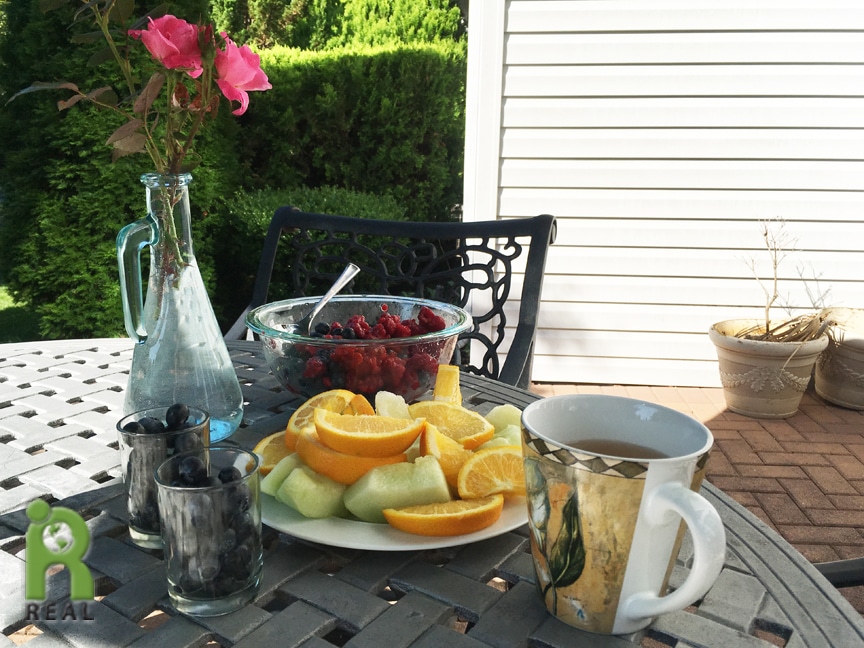 I could not wait to go to their clubhouse and get in the pool. I swam a long time and then saw my friend Robin. Her mom lives in the same community and she likes using the pool too. She brought me a gift. She explained that she forget to give it to me at my birthday party back in April even though I had asked for no gifts. She also explained that since it was food, I was not getting the original package from four months ago, this was a new, fresh version. It contained Dates, Figs and Dried Oranges. I sampled one of each at the pool. 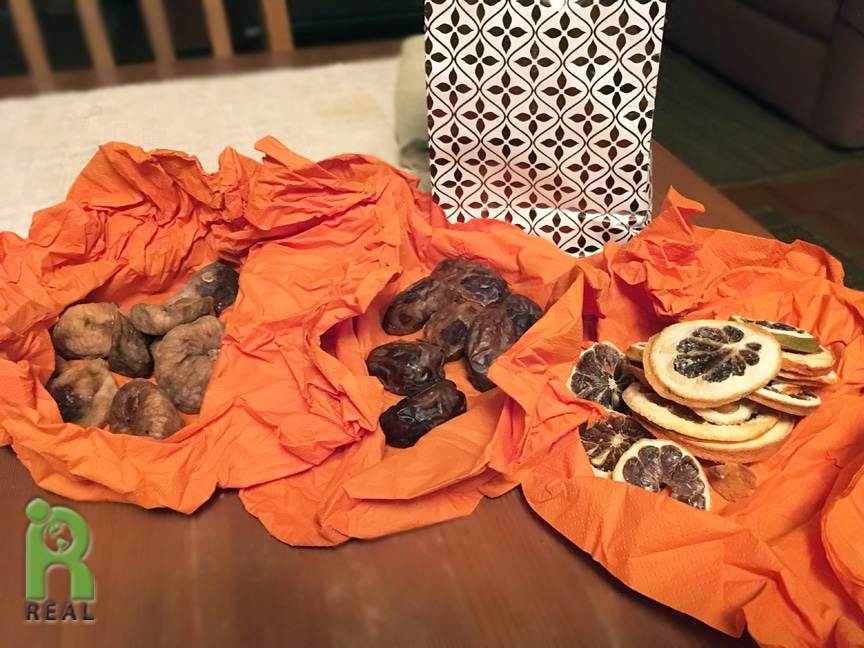 Lunch: After swimming my folks were ready to go to lunch. My dad chose to go to Ruby Tuesday since my mom wanted a salad bar. When we arrived, my dad was excited to see the special: three-course meal for $13.99! I went for the $10.99 salad bar only and it was pretty good. I refilled my plate a few times. 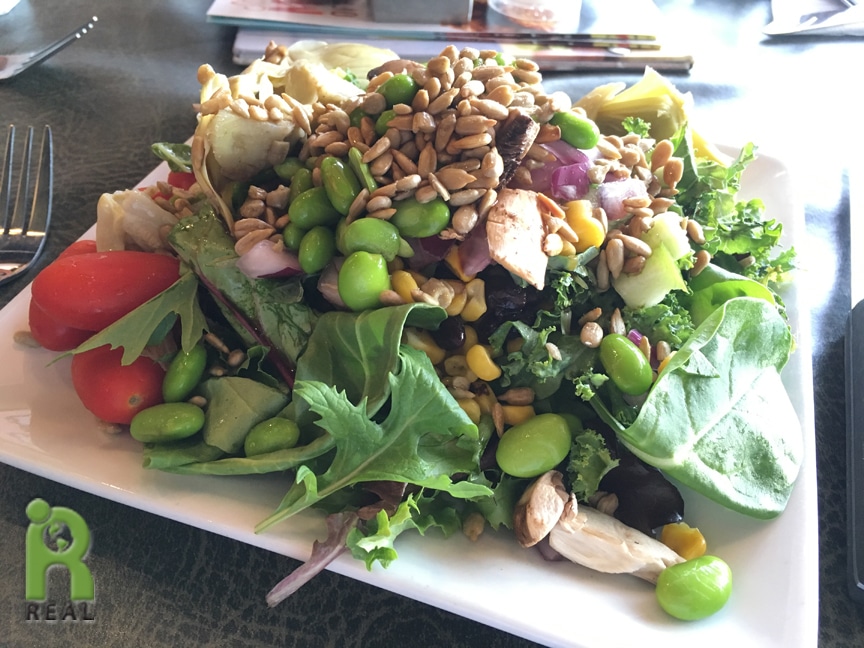 My parents both ordered petit sirloin, mom’s with Baked Potato and dad’s with French Fries. It also came with unlimited Salad Bar and Dessert. They each got Chocolate Layer Cake, topped with Ice Cream and Chocolate Sauce. No, none of this was vegan! But it was cheap. How can a restaurant make money on a three-course meal of $13.99? First, you know that the food they are serving must be the lowest cost, lowest quality available, using highly subsidized meats and dairy foods (that we pay for indirectly with our taxes). But there’s more to this picture.

Doing a little reading on Ruby Tuesday I learned the following from indeed.com: Average Ruby Tuesday hourly pay ranges from approximately $7.25 per hour for Host/Hostess to $14.34 per hour for Head Cook. The average Ruby Tuesday salary ranges from approximately $15,000 per year for Snack Bar Attendant to $93,563 per year for Director of Operations. A Director of Operations does pretty well, but for a server – the average salary is under $19,000 and a prep cook makes under $20,000. Salary.com reports that President, CEO at Ruby Tuesday Inc., J. J. Buettgen made $1,843,283 in total compensation. Of this total $850,000 was received as a salary, $0 was received as a bonus, $0 was received in stock options, $980,873 was awarded as stock and $12,410 came from other types of compensation. Now J. J. Buettgen retired in September and Jim Hyatt is the new CEO. Ruby Tuesday is an American multinational foodservice retailer that owns, operates, and franchises Ruby Tuesday restaurants. The concept was started in 1972 by Samuel E. Beall, III. It is categorized as American Casual Dining. Ruby Tuesday is trying to recover from more than a decade of sales and stock price declines which is why J. J. Buettgen is out. They are restructuring and have added the new Garden Bar, a salad bar with lots of fresh ingredients. I was glad they had that because that was the only thing I could eat. But what is wrong with this casual American Dining establishment, and others like it? Something that is an inherent problem in our current capitalistic system. How can a CEO make 100 times more than the lowest paid employee? Hey, there’s nothing wrong with someone taking in $1,843,283 in total compensation or more. But I think, if they do, then the lowest paid employee should be paid at least 10 time less, or in this case $184,328/year. Now that would be a nice salary for anyone to live on! But then they probably couldn’t offer a $13.99 deal. Or maybe they could. Pay the hard working servers and cooks a lot more and the managers, especially the overpaid CEOs a lot less. Restaurants and businesses can focus on keeping their employees and customers happy AND make a small profit at the same time.

Dinner: I borrowed my parents car to go home. When I arrived, after searching for a parking space I opted to go in a paid parking lot. There have never been enough parking spaces in the city and now with the recently added bike lanes that have come to our neighborhood there are even less. I love the bike lanes, but there probably could have been some better planning about parking. When I made it home, Gary nourished me with a lovely Kale Salad with Florida Avocado and Brown Rice with a Yogurt Tahini Dressing. 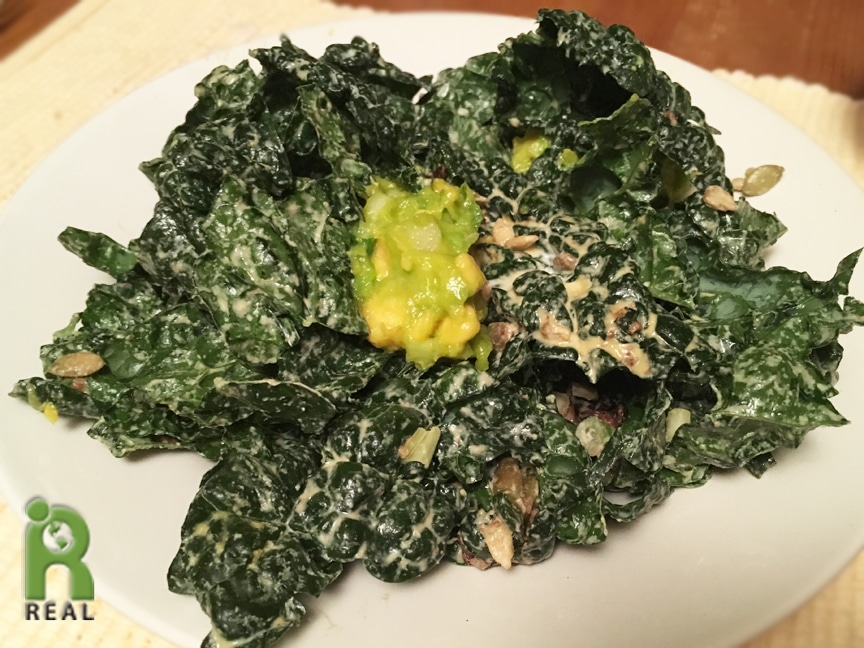 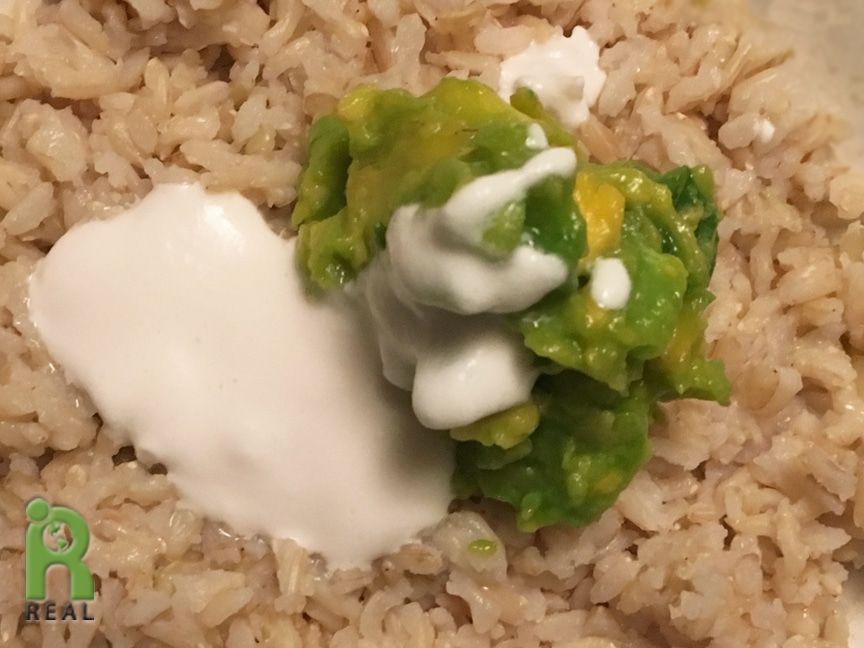 Back at home I am ready to rest and start a new day tomorrow.