Breakfast: Don’t you love waking up in your own bed when you have been away from it for a while? I had a decent night’s rest and now looked forward to my morning rituals with tea and a good breakfast. I made Black Vanilla Tea and Gary topped it with his Soy Foam. It tastes like home. 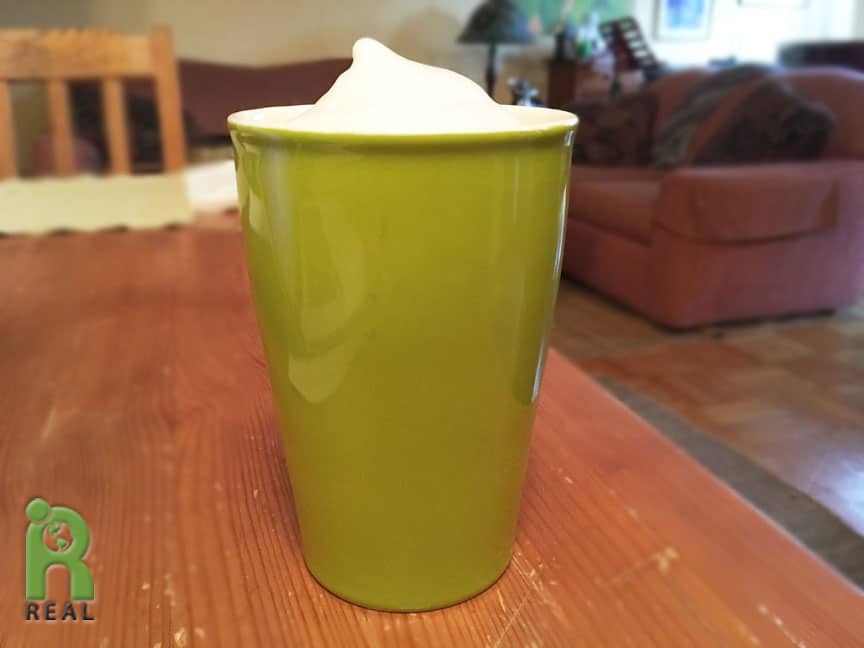 Next up was a bowl of Steel Cut Oats cooked with Apricots and Raisins. Yum. Then I was off again to my parents’ house to take my dad back to the doctor for more tests. I was now fortified and ready. 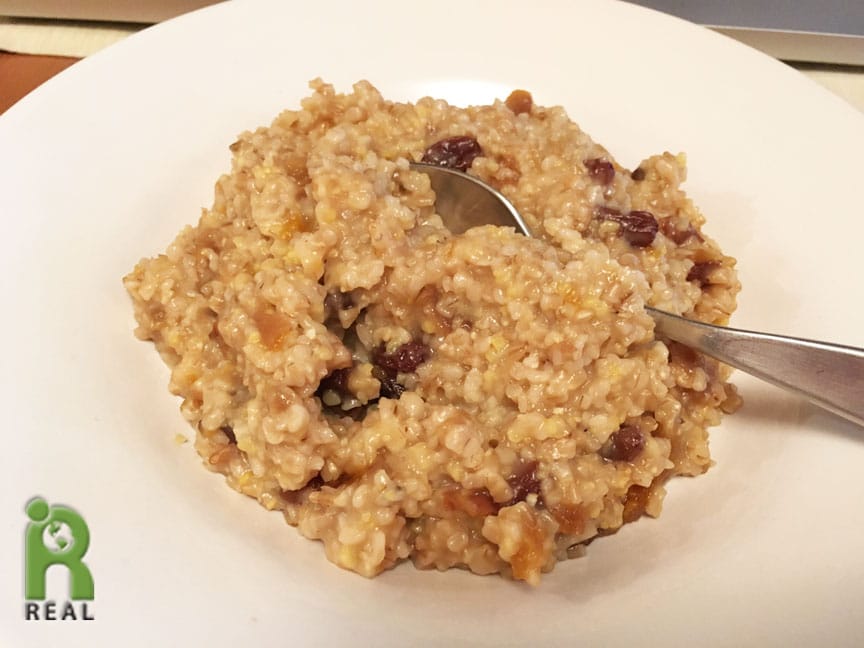 Lunch: After the doctor my parents wanted to eat at the diner. The Olympic Diner was on the way home from the doctor so we stopped there. I have now eaten in a different diner each week for the last three weeks! And I don’t care for diners. But my parents love them. I had brought a frozen Sludgie with me from home that I thought I would eat but it was still frozen. I ordered a Greek Salad, asking for no dressing, just Vinegar and to substitute Black Beans for the Feta cheese, which the server said they could do, for an extra charge! It was a pretty decent salad, for a diner, with Kalamata Olives and a Dolma stuffed with seasoned Rice. My mom ordered the Teriyaki Vegetable dish with Brown Rice and a Salad which I recommended for her. My dad ordered the Chicken Francese with Spaghetti and Clam Chowder. I don’t bother lecturing him about what to eat. I gave up long ago. Both of their meals came with a dessert. They were delighted to pick their desserts and more delighted when they arrived. The sizes of my mom’s cheese danish and my dad’s cheesecake were enormous. They ended up taking about half of their food home. They were given American-sized portions of Standard American Diet (SAD) food. 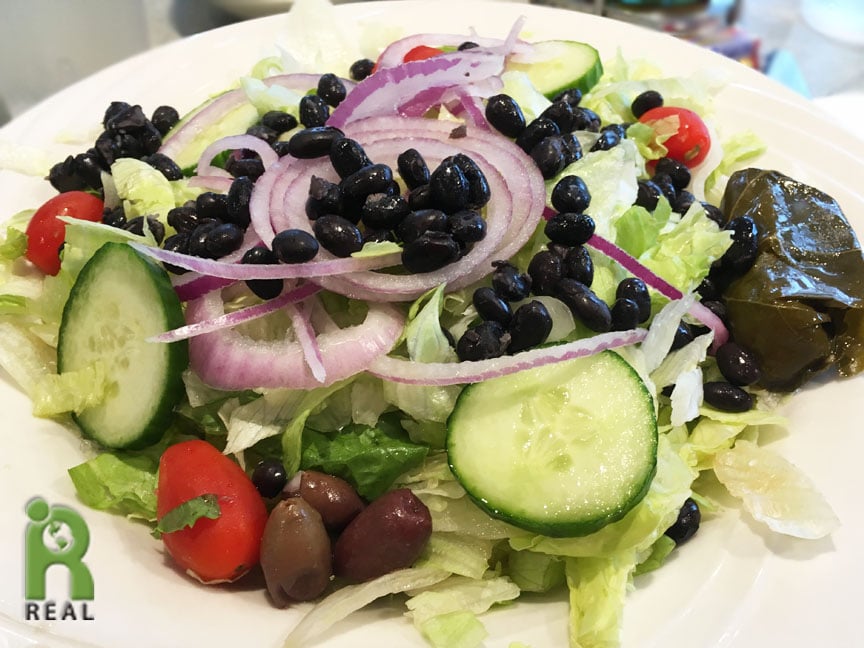 Dinner: When I got back home, my Sludgie was defrosted and I was ready to enjoy it. This one had been made with the usual ingredients: Kale Leaves and Stems, Banana, Cacao Nibs, Peanut Butter, Celery, Carrots and Water. 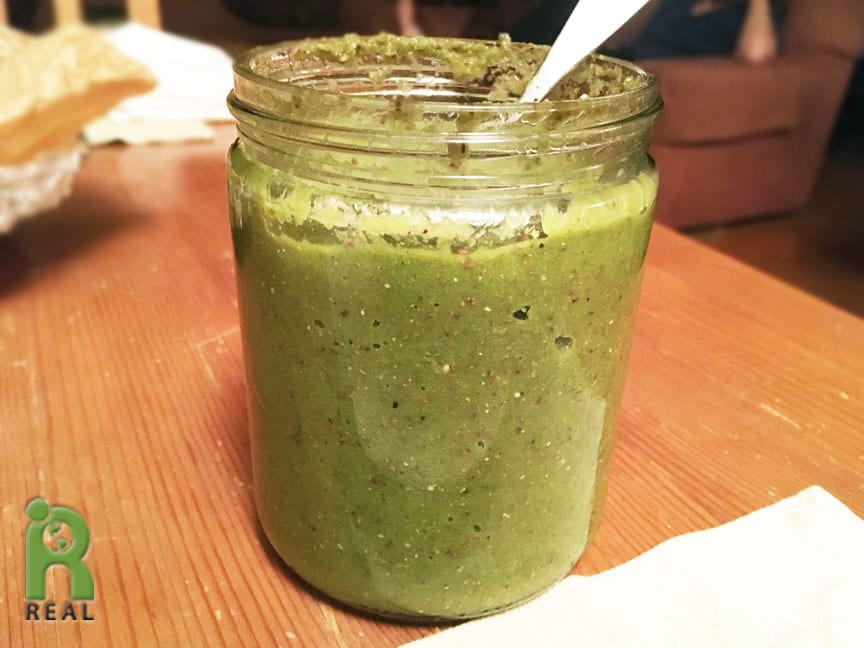 The problem with opening a package of dogs is that they have to be eaten soon or they’ll go bad. We opened the FieldRoast Frankfurters yesterday and each had one. Okay, so we’ll have another one tonight. We had them with Homemade Sauerkraut, Tomatoes, Red Onions, Baked Potato and Organicville Dijon Mustard. 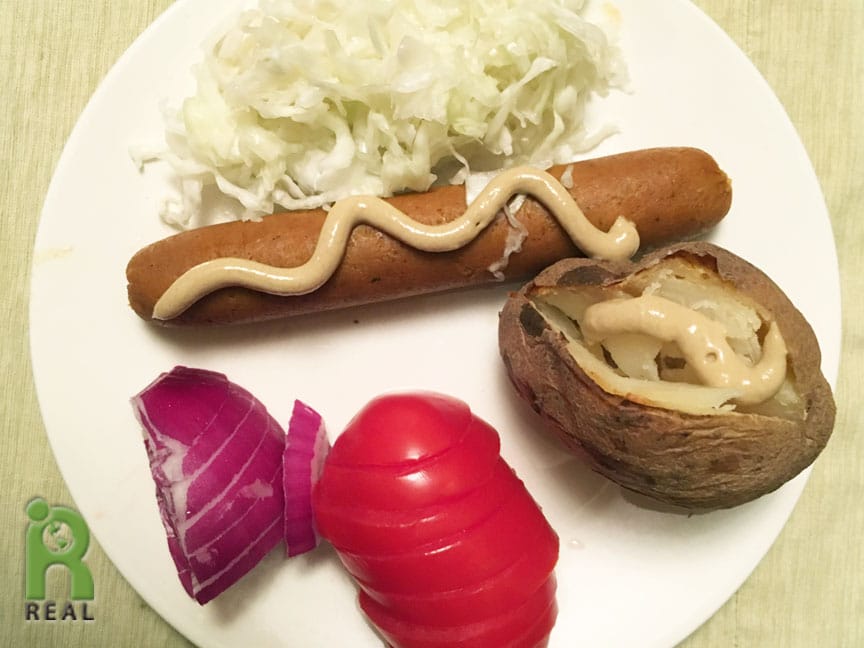