Breakfast: It was nice to sleep at home again. Today I’d be returning to my parent’s house for another doctor appointment with dad. I had a big bowl of soup that Gary had made with Split Peas, Barley, Red Rice, Onions Carrots, Celery, Garlic, seasoned with Garam Masala and Madras Curry. He blended it up for me with some leftover cooked Kale and Onions and I topped it with Nutritional Yeast. 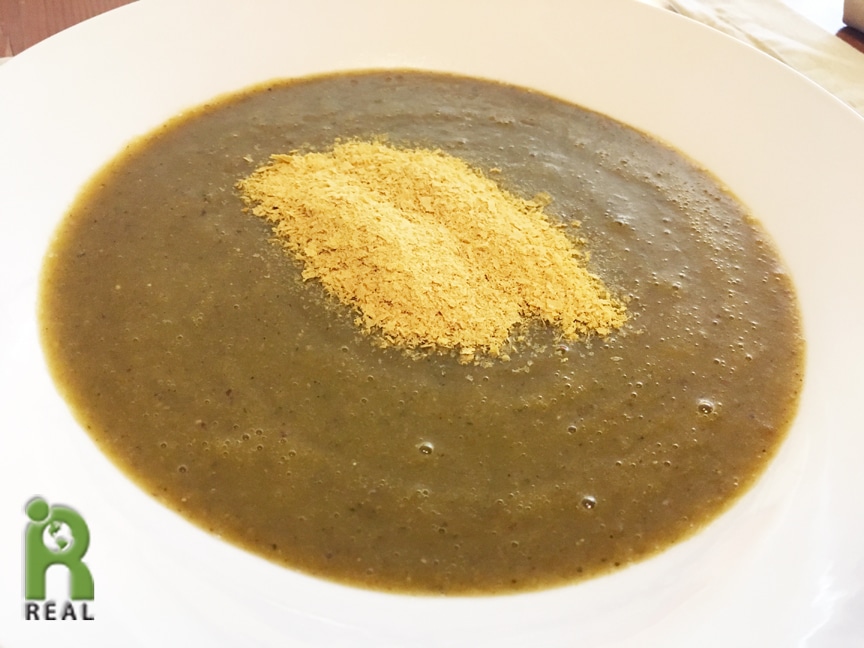 Lunch: After the doctor’s appointment, I drove my parents to help them with a few errands. My dad wanted to go somewhere for lunch. I was happy because the last few days he was in such despair, he didn’t seem to care what he ate. This was so unlike him. IHOP was across the street from where we were and he wanted to go there. I knew that there would be nothing for me to eat and I was okay with that. I would eat when I got home. My parents ordered omelettes with pancakes. I saw that there was a House Salad, with mixed Greens, Tomatoes and Red Onions. I ordered that, requesting plain vinegar on the side. My mom was distraught when my salad arrived. She wanted to demand that the “chef” prepare something bigger and more interesting, with more vegetables for me. I insisted that this salad was okay, it was what I expected. I also explained that I didn’t think IHOP had a chef in the kitchen. It was more likely there was a cook preparing the chain’s dishes as described on the menu. 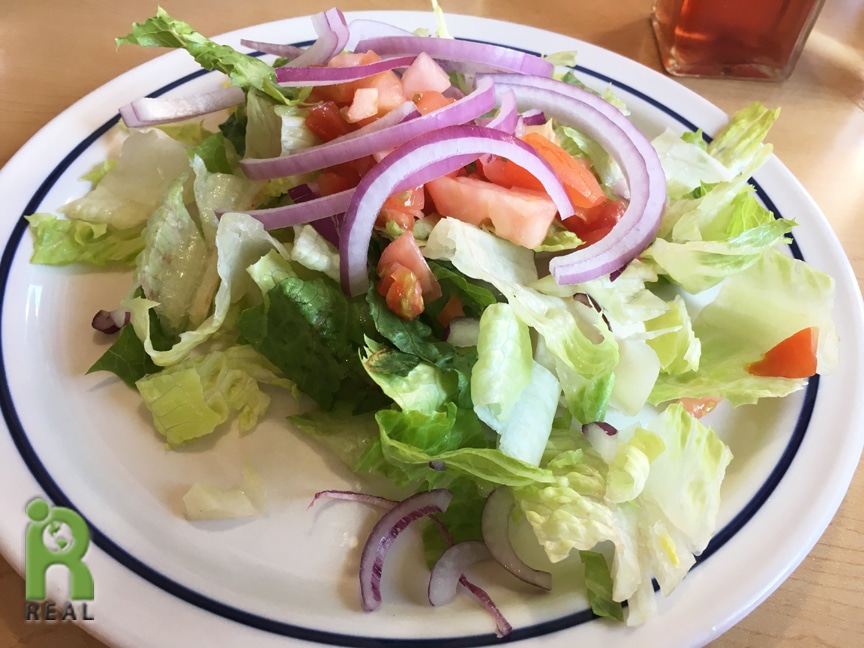 I was a bit grossed out when the oil and vinegar was set at the table. The bottles were sticky. I wondered what else wasn’t being adequately cleaned. The servers were not busy when we were there at 4pm, they were just standing around. While in college preparing for Bachelor and Master of Science degrees in Chemical Engineering I worked at a restaurant called Amity House. We were told by our manager that if we had time to lean we had time to clean. I kept thinking about cleaning and polishing the oil and vinegar bottles and anything else that was dirty and sticky was part of the job. I guess things have changed in the restaurant business. Or was I was just having an IHOP moment? 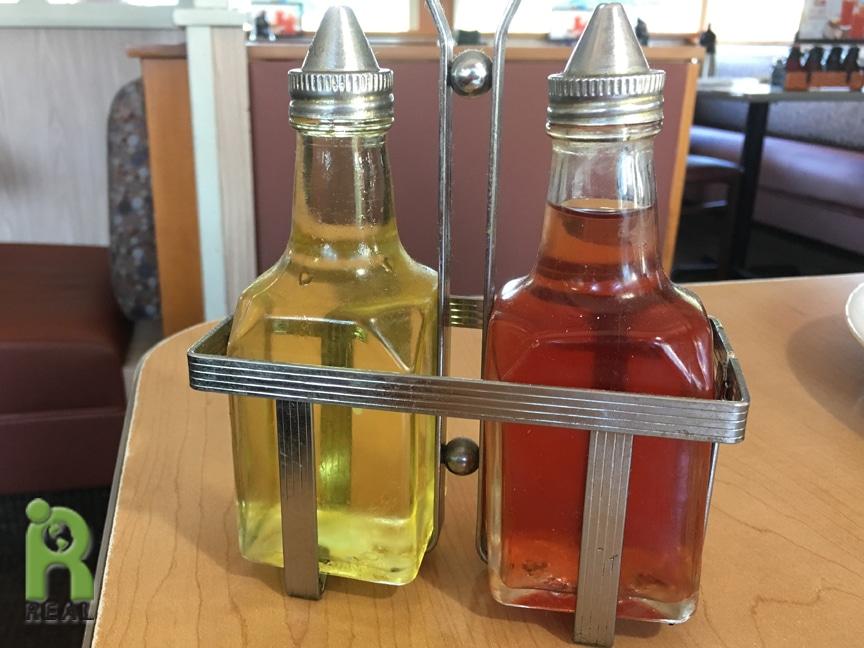 I noticed on the menu that you could build your own omelette or burger by adding ingredients for an additional charge. I saw Broccoli was on the list so I asked if I could order some, steamed. I got a tiny bowl with a few florets. I supposed I could have ordered two or three more bowls but it was pretty tasteless so I didn’t. As my parents enjoyed their meals, I had a good time sending Tweets to IHOP about my miserable #IHOPmoment. Later I was inspired to write an article: My visit to IHOP, the International House of Pancakes. 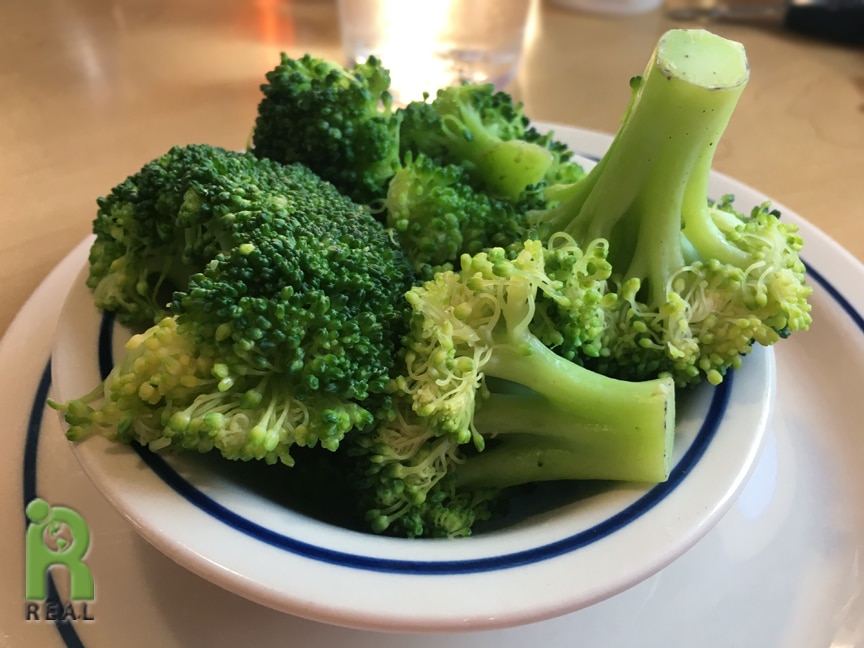 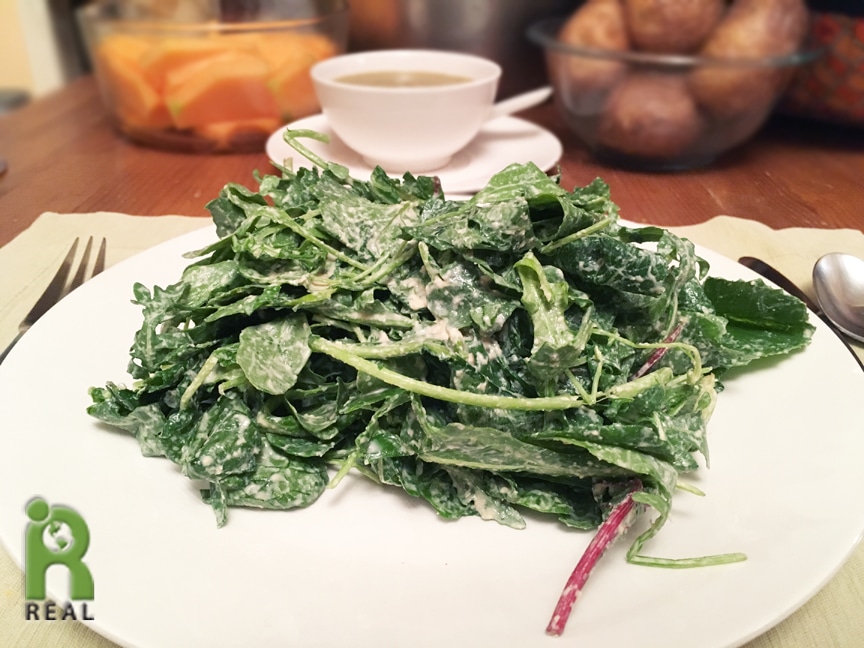