Breakfast: Our flight is in the early evening. We’ll leave in the late afternoon, no rushing, no panicking. We recently purchased new luggage and everything is packed, neat and ready to go. This feels good! We had Rolled Oats with Raisins, Dried Apricots, Apples and Soy Milk. I munched on the rest of the Celery. 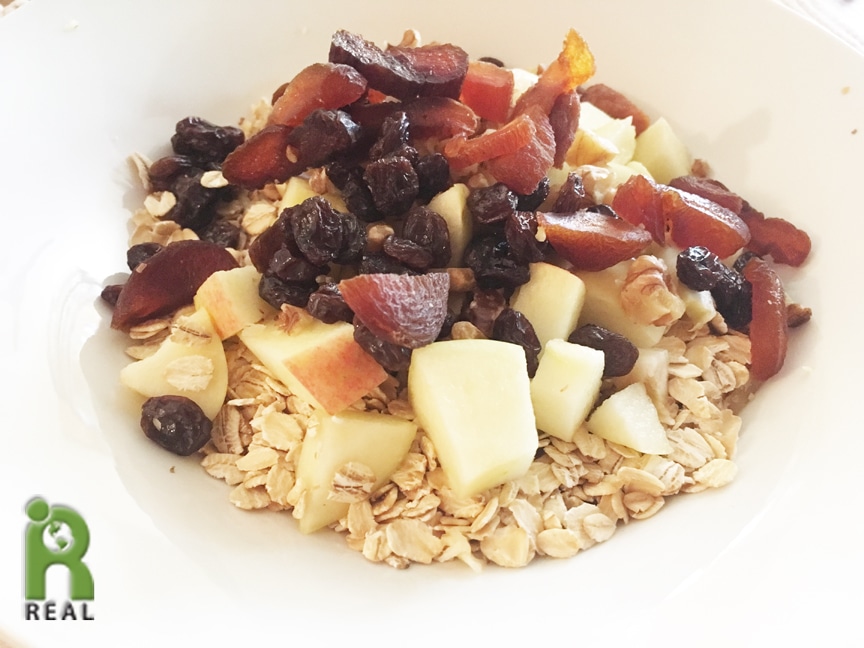 Lunch: We weren’t very hungry until after we checked our bags at the airport. Gary expertly packed our leftovers. I suggested eating the gooey Tempeh Stew from last night, since that would not make it through security. It looks a bit bloody and messy in the container but it was good. The salty Olives and the sweet Apricots gave it wonderful flavor. 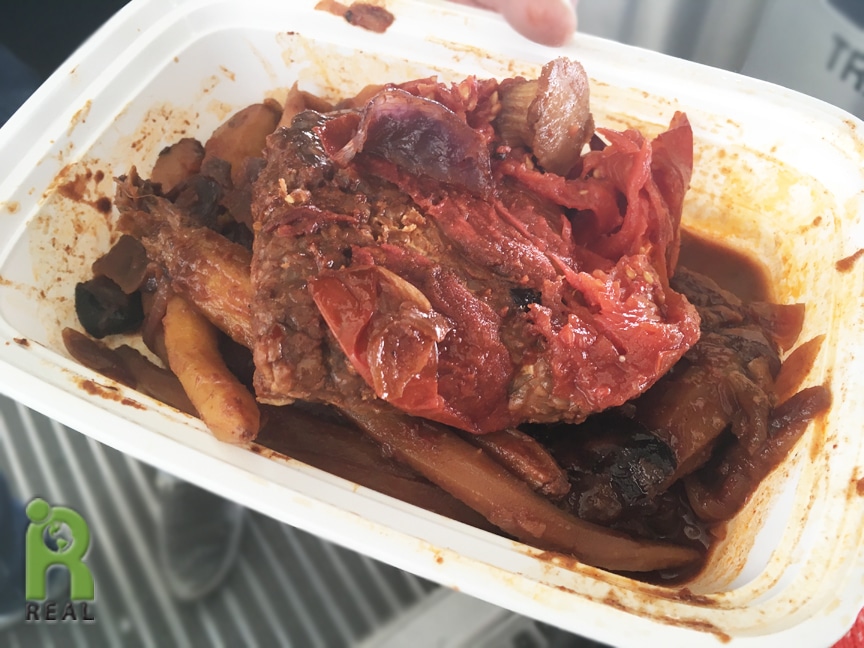 We saved the drier foods for later since they could go through security. The Baked Fries packed well and were good served at room temperature. 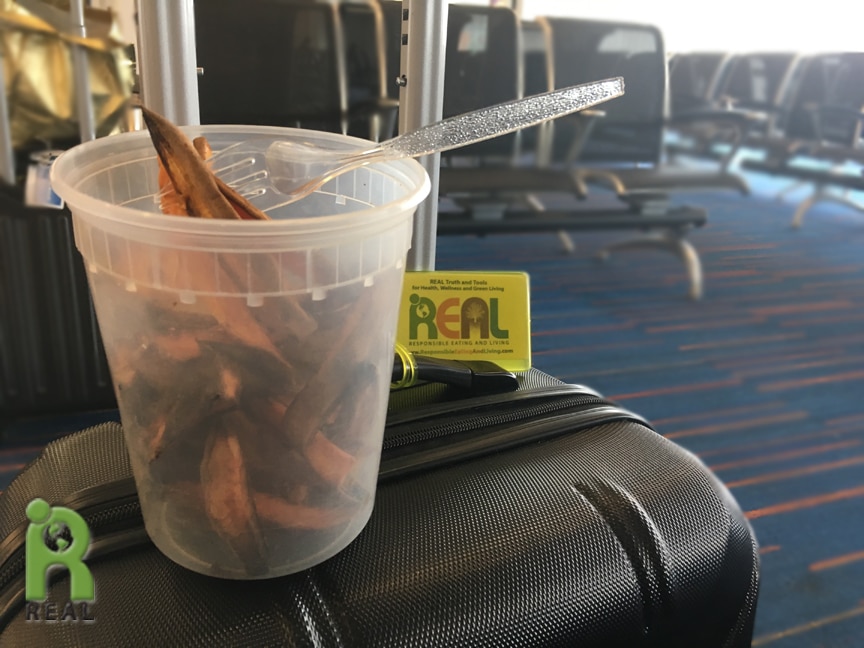 Baked Tofu always travels well, it’s a favorite food of ours to bring on a plane. Only these were gone before we boarded, along with the Kale Salad. 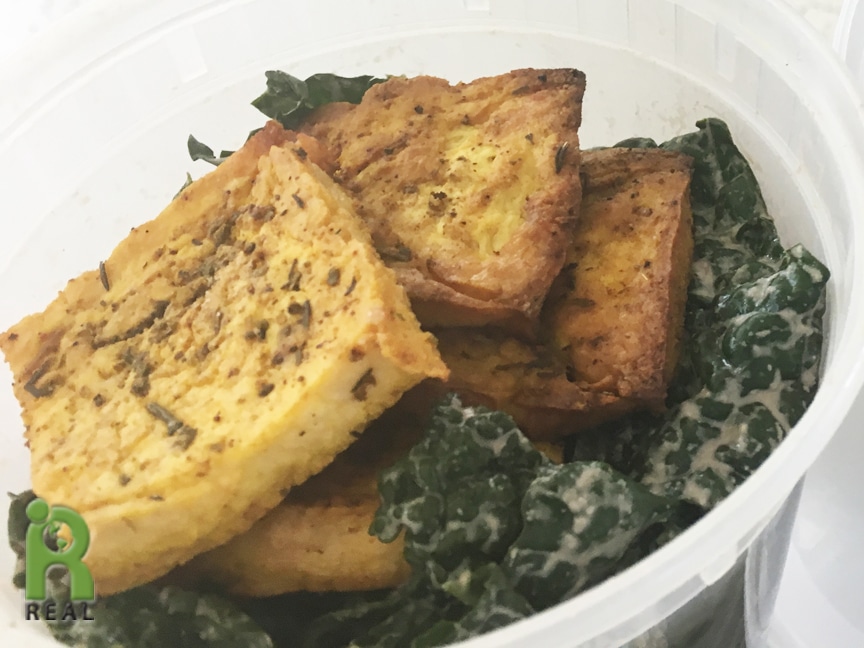 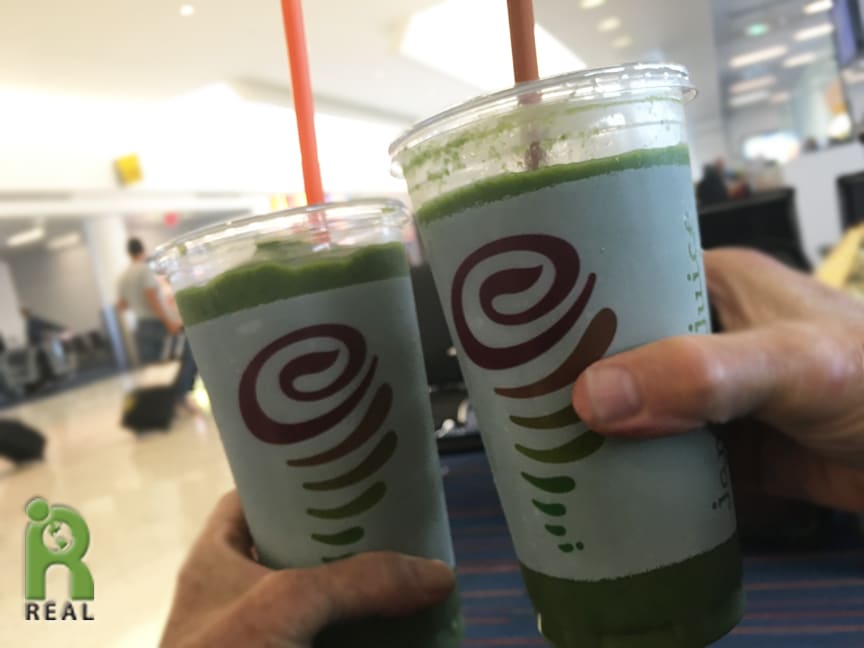 Evening: The flight was, well, interesting! It was a non-stop from New York to San Jose. We were delayed on the tarmac for about an hour. Once in the air, there were strong head winds and the pilot flew over Canada for a while to try and avoid them. And then we were running low on gas and had to stop in Salt Lake City to refuel. We arrived safe and sound in San Jose, just a few hours late. We celebrated with a couple of Ginger Chews. It’s a soft, chewy, hot & spicy candy that we love.