Breakfast: The objective this morning was to catch up on sleep. But I was also hungry. I got up to check out the hotel breakfast. I thought I would see what was available, bring it back to the room and go back to sleep. It was pretty standard fare for a “free” hotel breakfast, and I looked past most of it. But there was a big pot of plain Oatmeal, a gorgeous bowl of berries (Blackberries, Strawberries and Blueberries) and another fruit bowl with Papaya. I took a sit and ate happily. Then a brought a bowl of Oatmeal along with Berries and a couple of Bananas back to the room for Gary.

Lunch: After picking up a rental car, we hit our first destination – Vegetarian House. Hurray! We are back. We were happy to see that the parking lot was full, meaning that the restaurant was doing well, but there was no place to park. We drove around the block looking for a spot and came back around to the restaurant and saw someone pulling out. As Gary pulled in we saw a couple standing there, trying to save the spot for someone. When we got out of the car, Gary went over to the people who had tried to save the space. He didn’t want any ill will and made some friendly conversation with them. We were all happy that this vegetarian restaurant was doing well. This was a much lovelier outcome than what had happened two mornings before with two people screaming under our apartment window, holding up traffic, fighting over a parking space. Perhaps it is true that vegetarians and vegans are less violent because of the food we eat. In Dr. Fuhrman’s new book, Fast Food Genocide, he talks about the research that shows how toxic fast food and a diet rich in animal foods is linked to more violent behavior. When I mentioned this parking rage I had seen to Dr. Fuhrman on my show on Tuesday he said that the violent behavior was likely due to a lifetime of poor eating habits, not just what they may have eaten that morning.

Once seated inside we ordered a large Heavenly Salad. This delicious dish brings inner peace. We have had it so many times, I know this to be true. 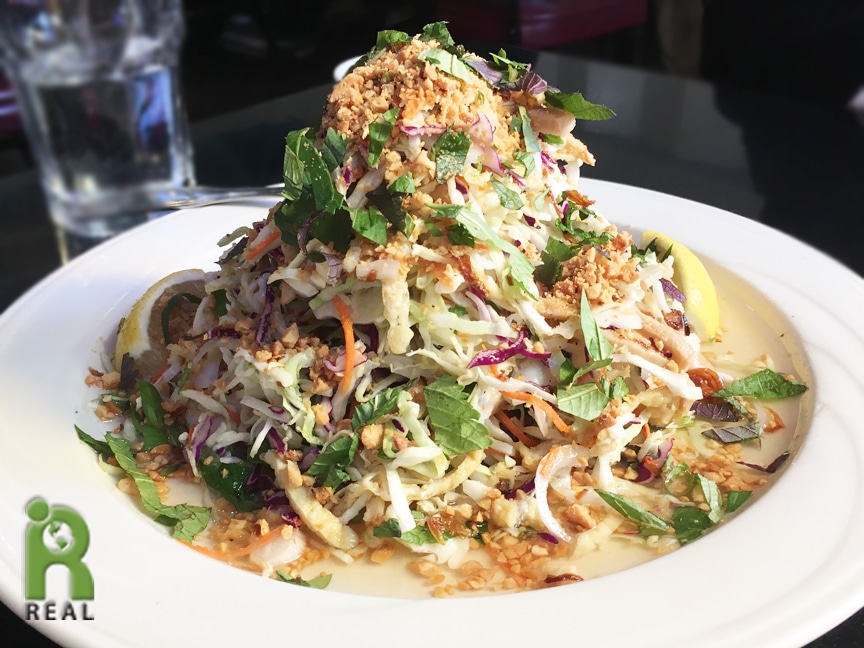 We never tried the lunch menu before today. I chose the Combination Vegetable Lunch with Broccoli, Bok Choy, Carrot, Cauliflower, Napa Cabbage, Mushroom and Onion in a Mushroom Sauce, with the Brown Rice Blend. 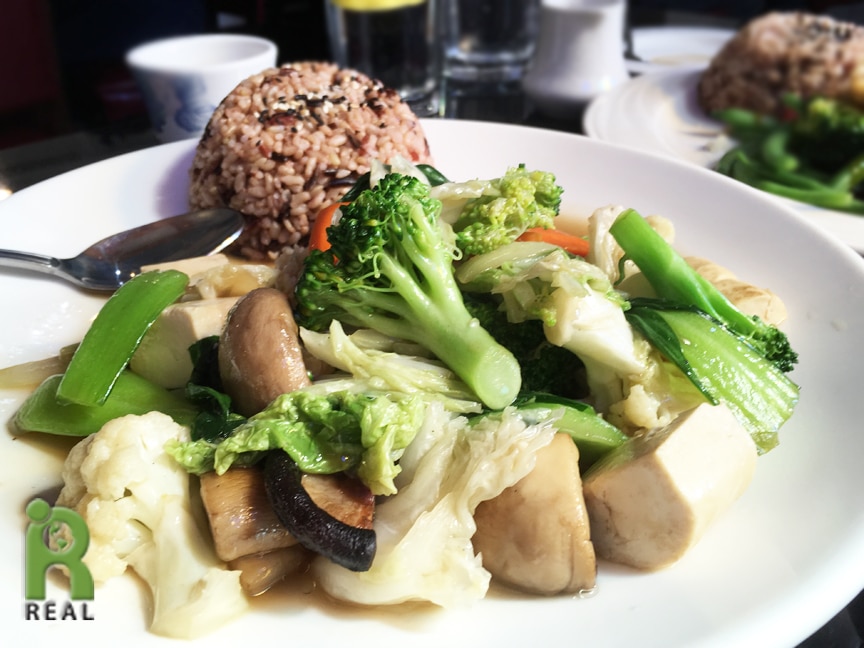 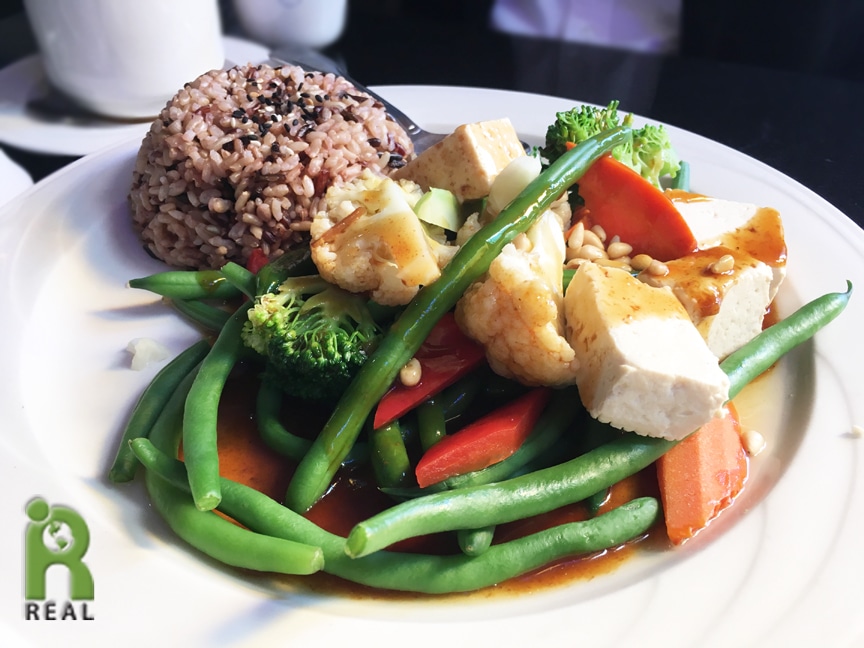 I suggested buying a box of Sjaak’s Nuts and Chews to bring to our friend Dave who would be hosting us for the next few days. Gary agreed and he bought this little bar for me. 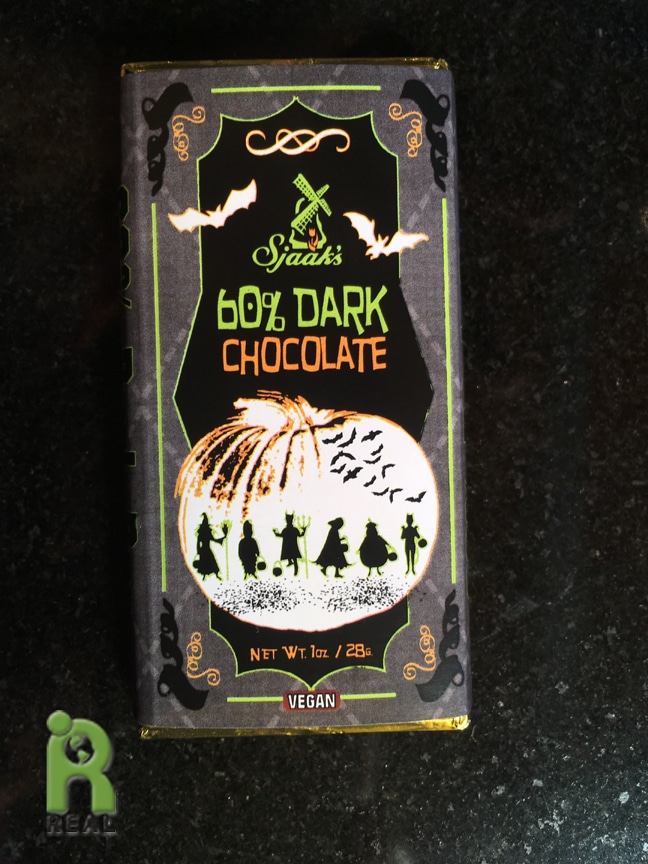 Snack: Before heading to Watsonville where we would spend the weekend, we stopped in Los Gatos to do some shopping. I wanted to go to Title Nine to try on their tunics. They looked like something I could live in during the colder weather. I love the name of this women’s store. Title Nine, or Title IX of the Education Amendments Act of 1972 is a federal law that states: “No person in the United States shall, on the basis of sex, be excluded from participation in, be denied the benefits of, or be subjected to discrimination under any education program or activity receiving Federal financial assistance.” This law has been beneficial to women over the years and it’s a great name for a store that makes great sports bras and active wear for women. Right next door to Title Nine is a Pressed Juicery. Yes, we want a Freeze right now! I was actually thinking it would be nice to have a Freeze earlier in the day. Gary ordered the Vanilla Freeze (dates, almonds, vanilla, and water) and I wanted the Matcha, which is not very sweet but just what I was in the mood for. 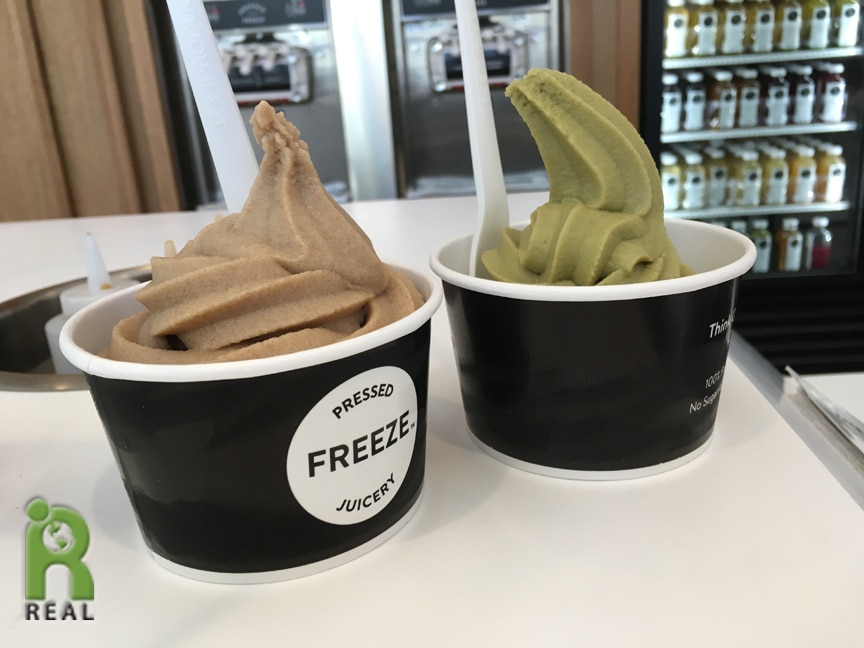 Dinner: Once we arrived at Dave’s in Watsonville, there was no time to settle down. The three of us had tickets to a Philip Glass festival in Carmel. Our friend Arturo had written the text to a new piece with music by Philip Glass, that was being premiered called Is Infinity Odd or Even?. But first we stopped for dinner at the Mediterranean Restaurant in Carmel. We started with their Classic Middle Eastern Hummus with Pita. 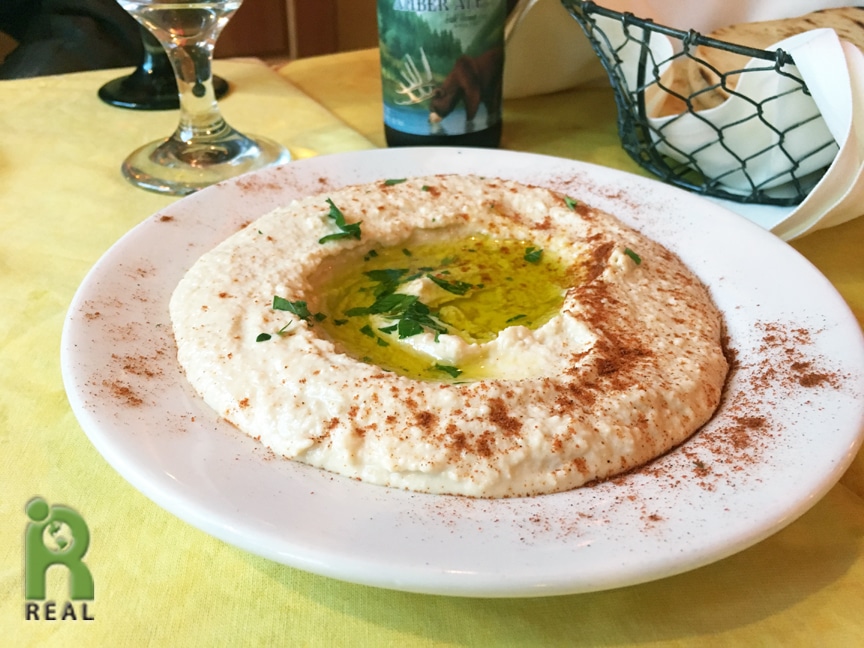 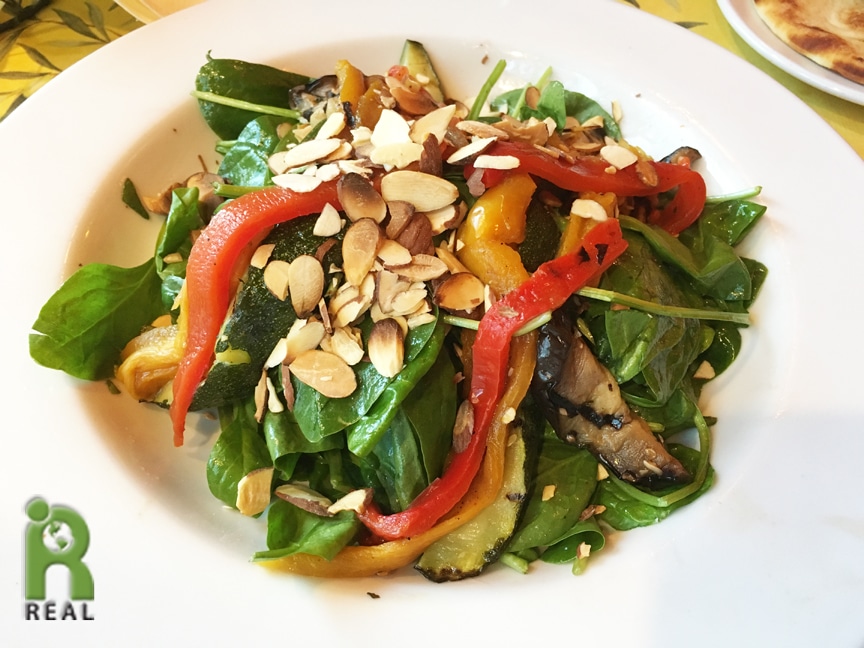 Gary and I had big appetites today and we shared a side of Falafel. 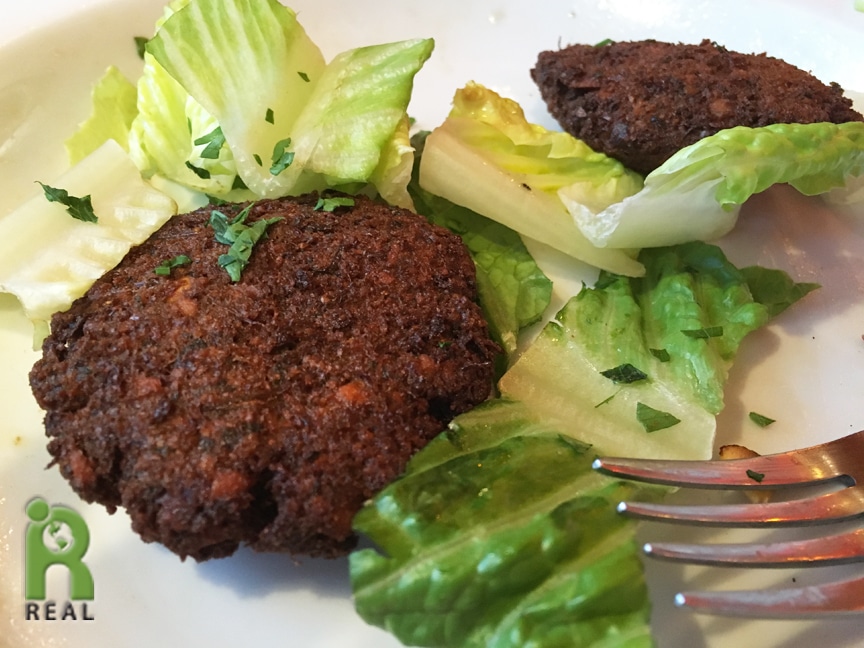 Evening: The concert was wonderful. Gary and I were excited to see and hear Philip Glass, live and up close. 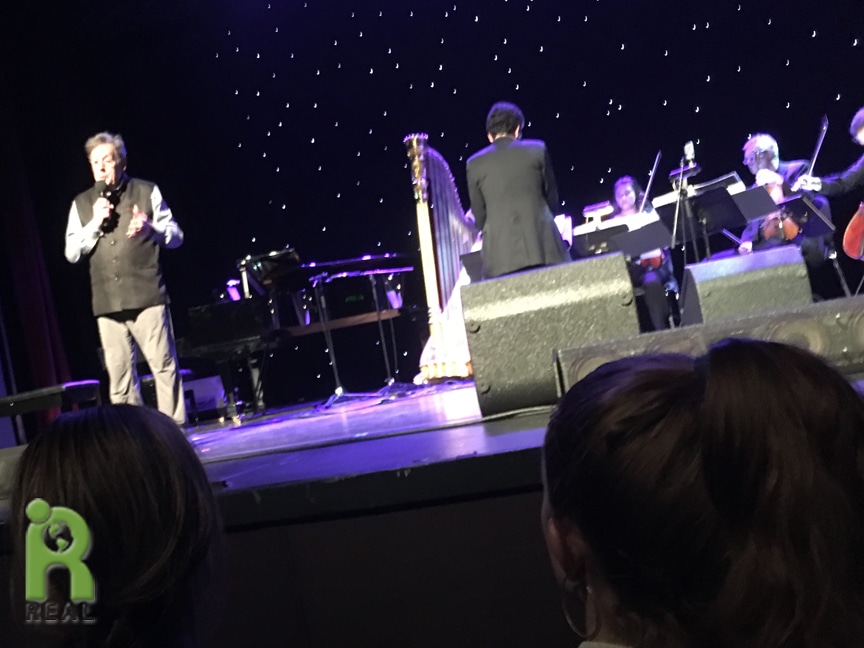 Back at Dave’s we had some Chamomile tea before going to sleep.