Breakfast: When Gary and I bought groceries last week we divided almost everything up so that half would go to his sister’s house in San Jose where he’d be staying and I’d take the other half with me to Walnut Creek where I would be cat sitting for Gary’s niece. The only thing we didn’t split were the Oats. Gary wanted Rolled Oat and I preferred the Steel Cut. I made Steel Cut Oats this morning. The recommended serving size for Rolled Oats is 1/2 cup but only 1/4 cup for Steel Cut because it’s a denser grain. I discovered making Steel Cut Oats for one gets challenging. I took 1/4 cup of oats and tried to cook it with 1/2 cup water, using the 1:2 ratio we always use. Will such a low volume at the bottom of the pot, the water evaporated quickly. I had to keep adding more water so that it would soften and not burn. Probably cooking on an electric burner that hard to control added to the challenge. I made mental note to cook several servings at once in the future so it would be easier to cook. I cooked it with Pears and Raisins and added Walnuts and Chia Seeds. 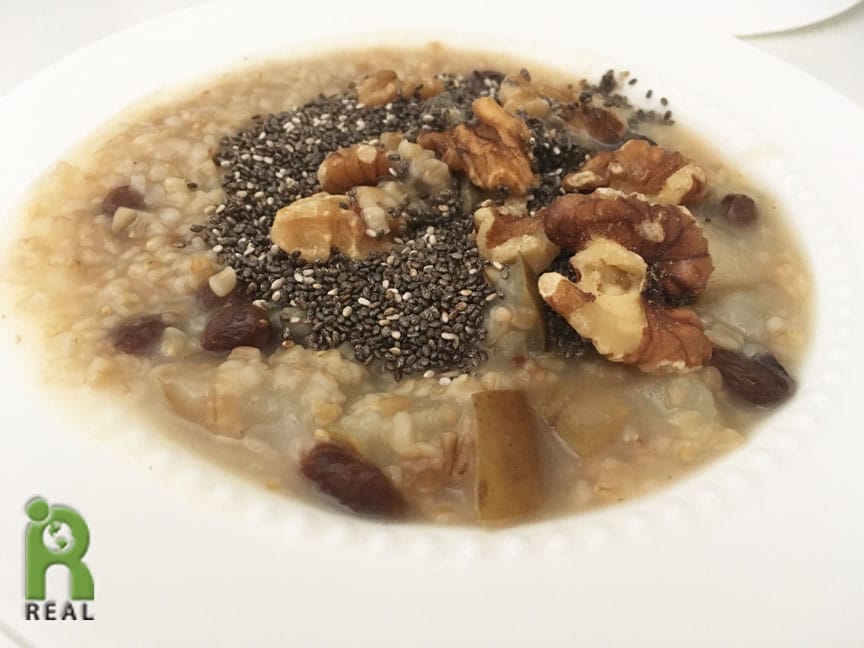 Lunch: I took a wonderfully long walk on the Contra Costa Trail. When I got back I started cooking. I decided the menu would be a Stuffed Red Pepper with a Kale Salad. There was about a cup of Red Rice left and I put that in a pot with water to cook. I dry sautéed some Shallots, Celery, Purple Carrots and Kale Stems. When the Rice was done I added it to the vegetables with Chopped Walnuts. I cut a Red Bell Pepper in half, seeded it and stuffed the halves with the Rice/Vegetable mixture. If I had been home in my own kitchen I would have popped the Stuffed Peppers in the oven. I wanted to keep things simple, so I added some water to the pan, put the peppers in, covered it and let them cook. 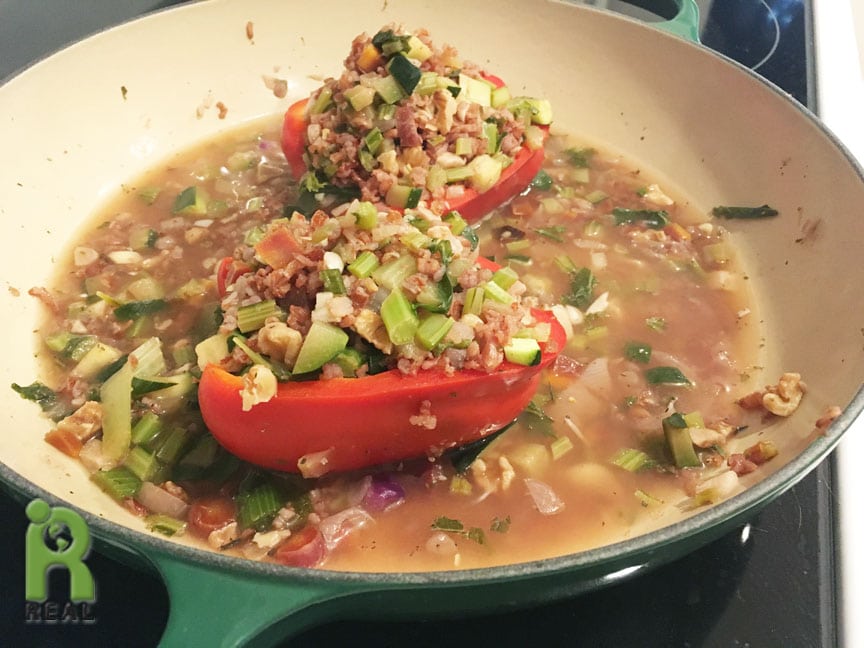 I prepared a giant Kale salad with Red Cabbage, Olives and Tahini Dressing. There was about 8 cups of salad. I ate half and that filled me up. The Stuffed Peppers will be saved and served tomorrow. 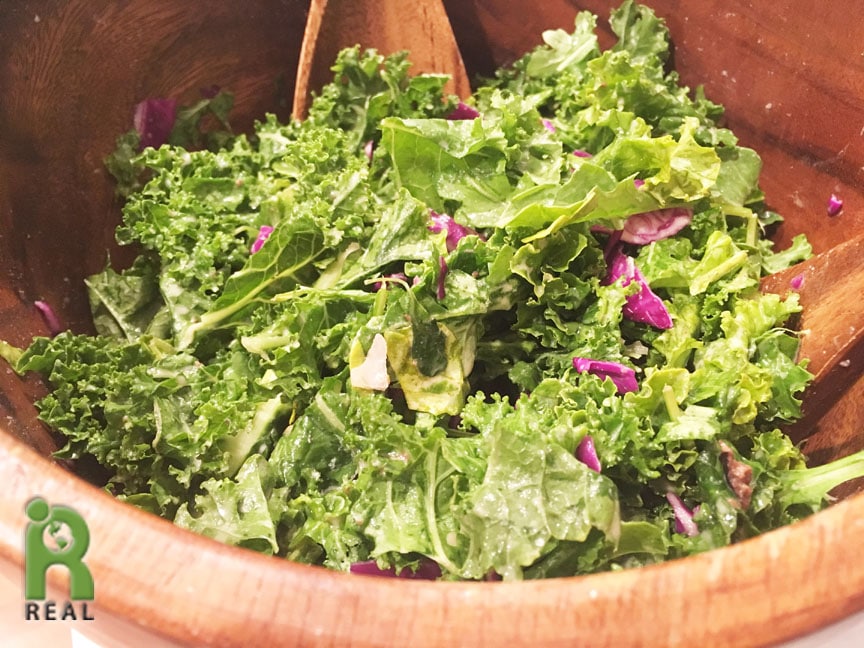 Dinner: Lunch was late and I wasn’t too hungry to prepare another meal. I just wanted my new concoction,
Corn Tortillas with smashed Cherry Tomatoes and Olives. It’s a colorful, light dish. 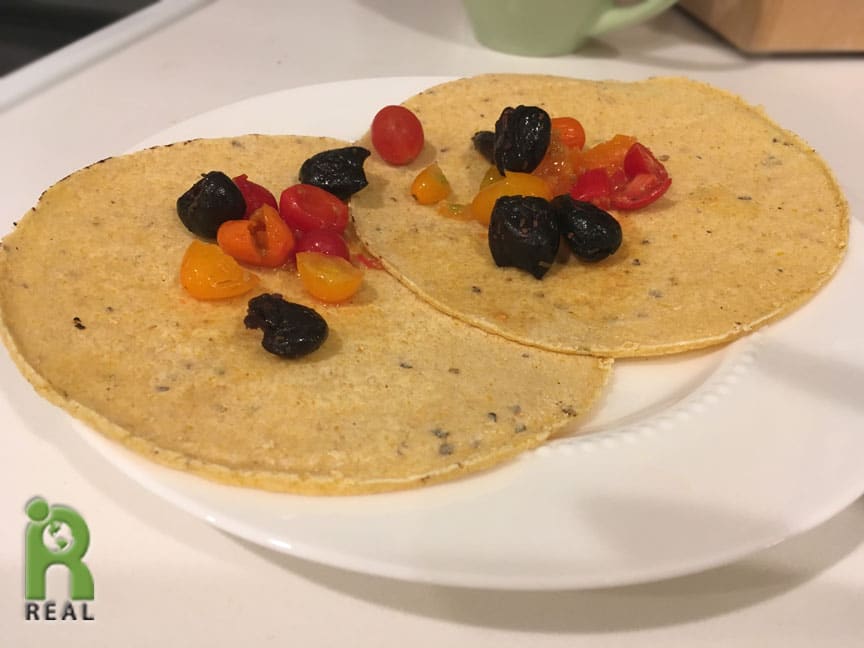