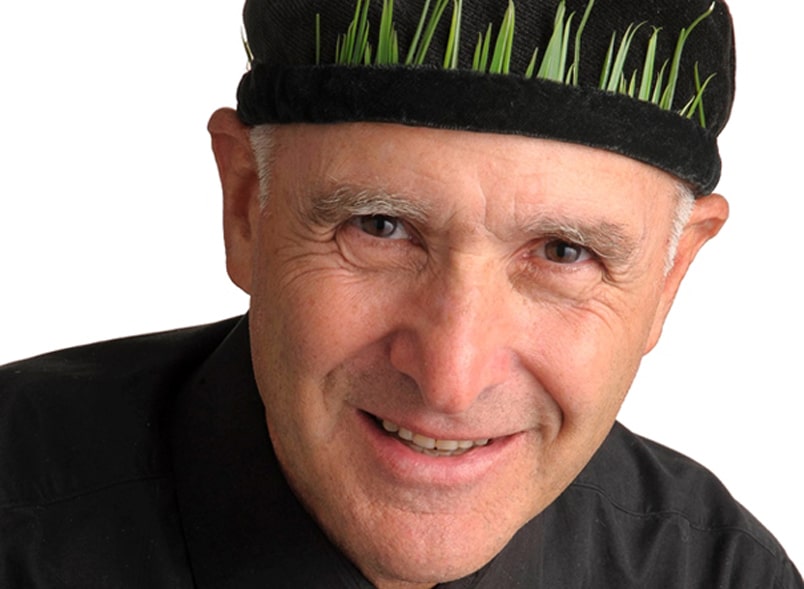 This morning I was drawn to open one of the cupboards containing my Tribest Sprouter. I looked at it for a moment, took it out and held it. I smiled and thought of Steve Meyerowitz, a.k.a. the Sproutman for a moment. I had purchased the sprouter in 2011 after speaking with him on my It’s All About Food show when we spoke about sprouting in detail. I hadn’t used it for a while because it wasn’t working as well as it used to. I reminded myself to send Steve an email asking him if he had an idea to make it work better.

About an hour later I was stunned to read the news that Steve had been killed in a car accident Wednesday night in his home town of Great Barrington MA. Steve was always so full of life and energy, sharing his passion for health and healthy foods. I always learned something from him. It is very hard to believe that his light, his strong, positive, beautiful light has been put out and will never shine again. I can’t help but think Steve was saying goodbye to me this morning when I held that sprouter. I will miss him.

We are keeping Steve’s mission and voice alive here at Responsible Eating And Living with three It’s All About Food interviews.

Read more about Steve Meyerowitz here in Steven Prussack’s Tribute to a Health Legend.
And read his final brief biography in The Berkshire Edge. It is another lovely tribute to a great man.