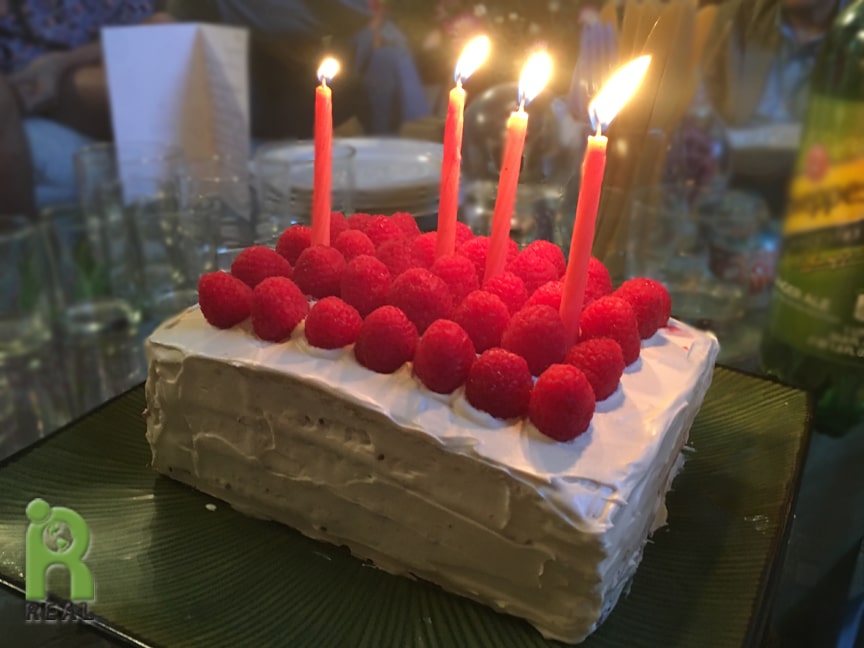 When my mom told recently me she loved raspberries even more than strawberries I decided to make her this Raspberry Vanilla Cake. I wanted it to be gluten-free. I found Celine Ileker’s Vegan Cake recipe and made a few minor modifications. The Swiss Buttercream recipe is from Aquafaba by Zsu Dever. This is a MUST-HAVE cookbook!

For the cake:
Preheat the oven to 350oF
Line baking pans with parchment paper. I used two quarter sheet pans, 9″ x 13″.
Using a stand mixer or hand mixer, cream the sugar (evaporated cane juice) with the vegan butter.
In a separate bowl, whisk together the flour and baking powder. Add in the flour and nondairy milk to the butter/sugar mixture, alternating 1 cup flour, 3/4 cups milk, 1 cup flour, 3/4 cups milk, 1 cup flour. Add in the vanilla. Mix on medium speed for 2 minutes. Pour batter into prepared pans. Bake cake until done, testing for doneness by using the toothpick test. Stick a toothpick into the center of the cake. If there is wet batter still on the toothpick, it needs more time in the oven. If it comes out clean, the cake is done. Baking in the two 1/4 sheets pans took 35 minutes. Using two round 9″ cake pans will take 40-50 minutes.
Remove the pans from the oven and cool completely.

For the frosting:
Combine the aquafaba and sugar in a small saucepan over medium heat. Cook, stirring, until the sugar dissolves. Transfer to a heat-proof container and refrigerate until completely cool, about 6 hours.
Chop the butter and shortening into 1-inch cubes and place them on a plate. Bring the butter to about 55oF, slightly colder than room temperature. This should take somewhere between 20-30 minutes. Check the internal temperature with an instant-read thermometer. (My candy thermometer only went down to 75oF so I didn’t use one. I took the butter out of the refrigerator when I started to whip the aquafaba-sugar mixture.)
Transfer the aquafaba-sugar mixture and the cream of tartar to the bowl of a stand mixer and, using the balloon whip attachment, whip on medium-low speed for 5 minutes. Increase the speed to medium-high and continue to whip until stiff peaks form, about 10 minutes.
Add the butter and shortening pieces every 5 seconds while the mixer is on medium-high speeds. Add the vanilla; the mixture will break but will recombine again. Continue to whip until the buttercream is smooth and fluffy, an additional 5 to 8 minutes.
Use the buttercream immediately or transfer to an airtight container for up to 1 hour in the refrigerator. If stored longer, the buttercream will need to be whipped again until light and fluffy using medium-high speed for up to 10 minutes. The buttercream will keep for up to 2 weeks stored in the refrigerator.

To assemble:
Remove the cakes from the pans. If using rectangular pans, trim the edges to make them straight and even. I cut each layer in half to make four layers, each 9″ by 6.5″.
Take on layer and place it on a flat plate. Spread the top with the jam or frosting, or both! Top with the next layer of cake and spread with jam or frosting. Repeat with the third layer. 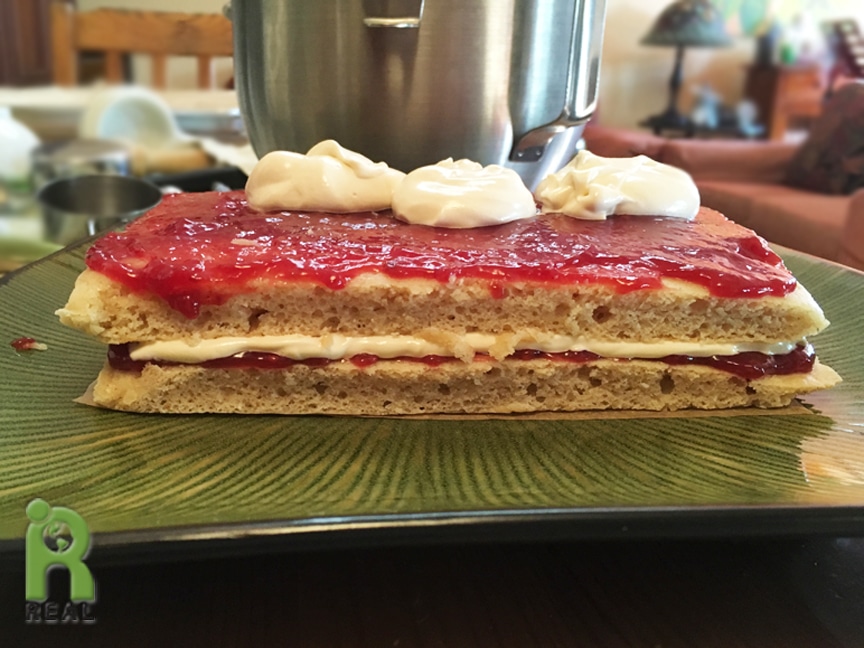 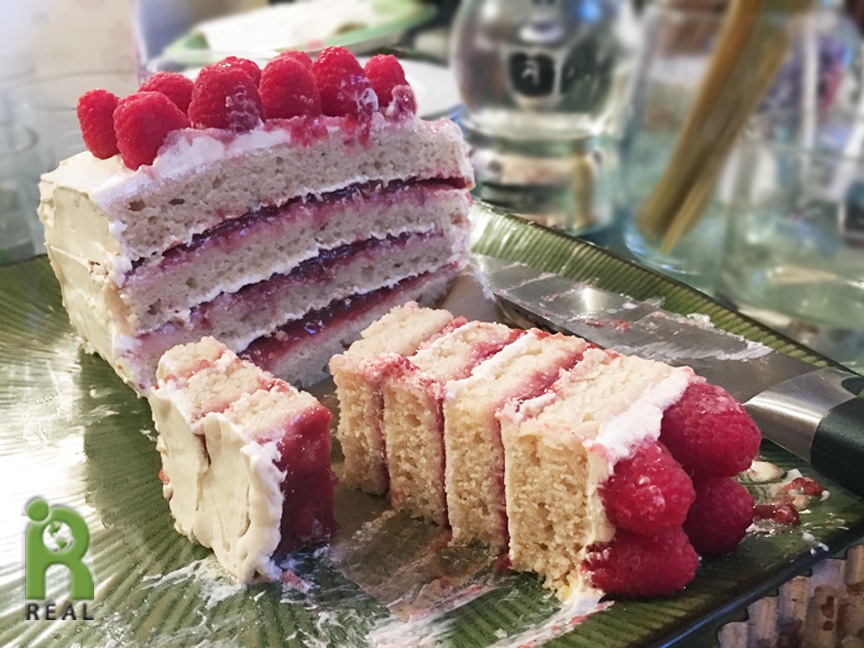