Breakfast: The plan was to visit my parents again and take my dad to two doctor appointments. I was anxious, knowing he was too weak on Monday to go to another appointment. Would he be able to make them today? I needed reinforcements. Gary came through with Oatmeal, fully loaded with Apples, Bananas, Raisins, Pumpkin Seeds and Walnuts. I topped mine with Cacao Nibs. Cacao Nibs seem like an old friend to me now. A new old friend, since I discovered them not too long ago. But we’ve grown close and I need them today. 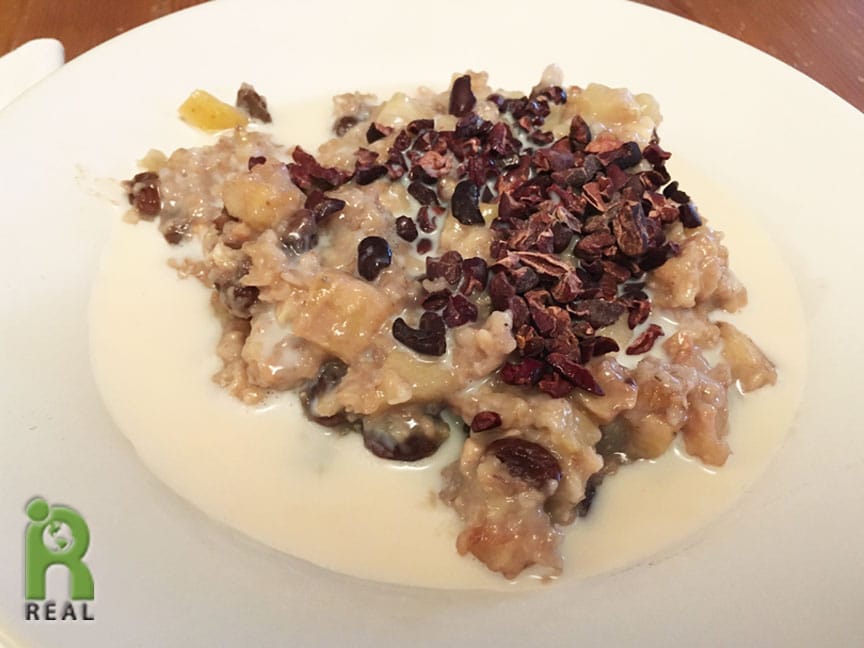 Lunch: Sitting on the edge of the bed with dad he told me he was too weak to go to the first doctor appointment but he would rest and try to be ready for the one later in the day. In the end, he didn’t go to either. I thought I would make him a smoothie for when, and if, he might want something to eat. I thought he would prefer something sweet and without adding greens. I blended Almond Milk with an Apple, Blueberries and a Banana and put it in a travel mug so he could sip it in bed. I took what was left over and added Celery, Kale and more Blueberries and made a Green Smoothie for me. I need it badly! Later when my dad tried the smoothie, he said it was too sweet! 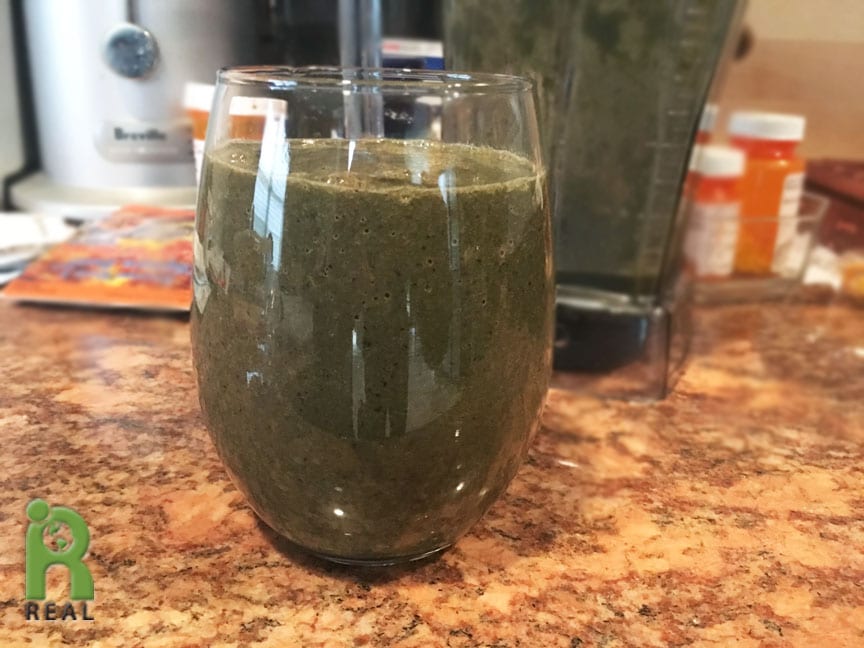 Snack: I had made a FreshDirect.com grocery order for my parents on Monday and it arrived yesterday. I made sure to get some treats for my mom which included Coconut Bliss Chocolate Almond pops and So Delicious Ice Cream Sandwiches which both happen to be vegan. My parents have three vegan children but they themselves are not. But these novelties looked good to Mom so we ordered them. After a long day of caregiving, housekeeping and accounting, I rewarded my self with one of the So Delicious Ice Cream Sandwiches. 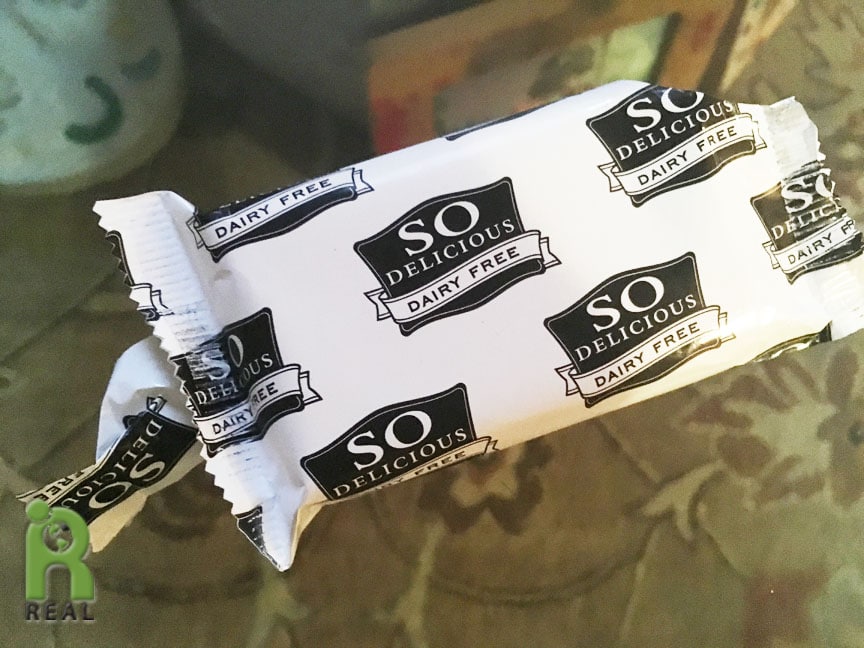 Dinner: I made it back home to Queens. There was plenty of traffic driving home but when I arrived the parking gods were on my side and they presented me with a spot right in front of our building. Thank you, oh benevolent gods! And thank you, oh, benevolent GAD for keeping me well-fed. GAD, stands for Gary Arthur De Mattei, who had nourishing food ready for me. First there was a Mixed Asian Greens Salad with Little Seed Caesar Dressing. 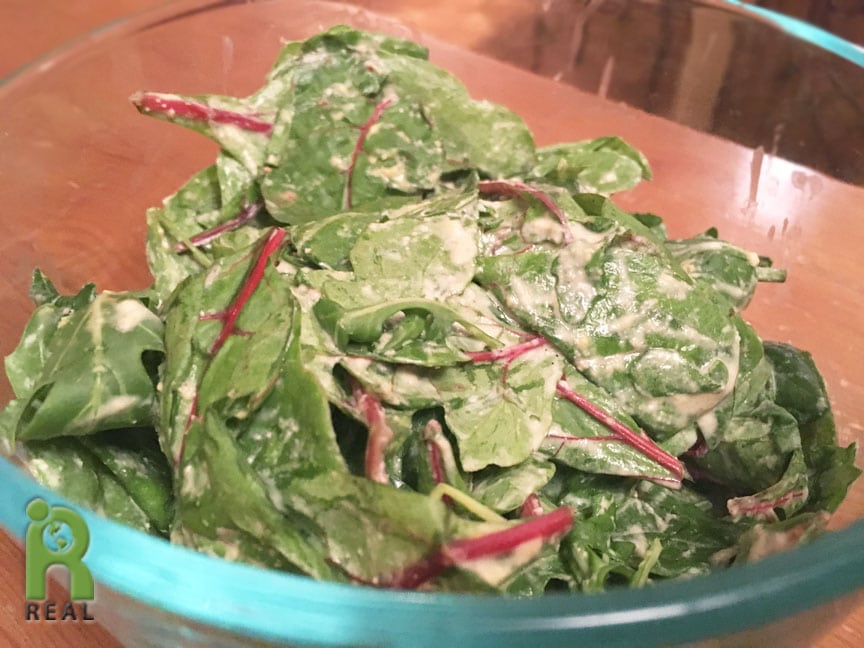 Next was a bowl of the Adzuki Bean Chili which was now more of a soup. 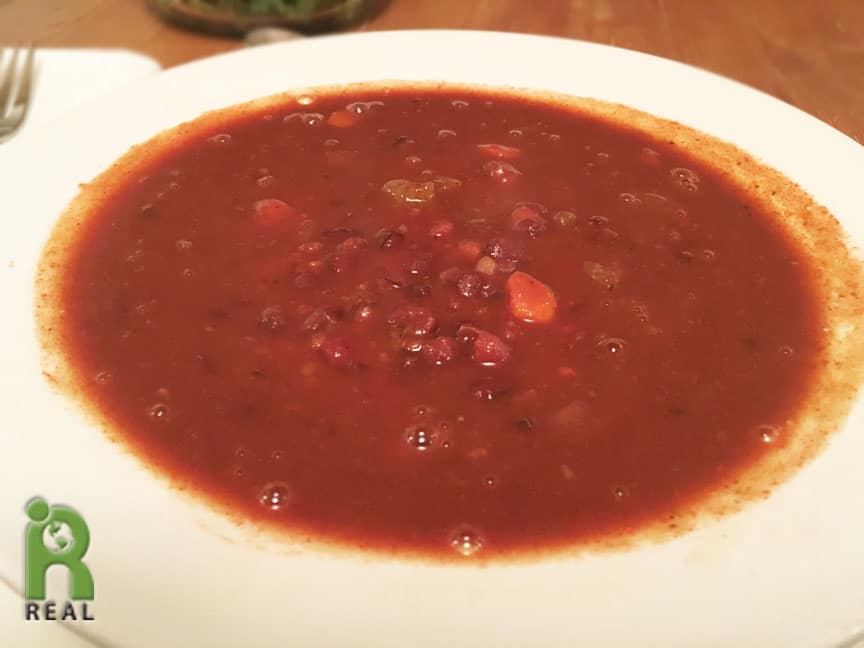