I was off again to get my mom’s other car its annual inspection. I tried to do it yesterday when they changed the battery but learned that was not possible. When the battery was changed, it lost the data necessary for the inspection, so I had to drive it at least 30 miles first. I skipped breakfast.

Lunch: When I got to mom’s I was super hungry. My brother was there and he had already had some of the soup I had made yesterday and was not ready to go out for a meal. I ate a Pink Lady Apple and had some Green Tea. 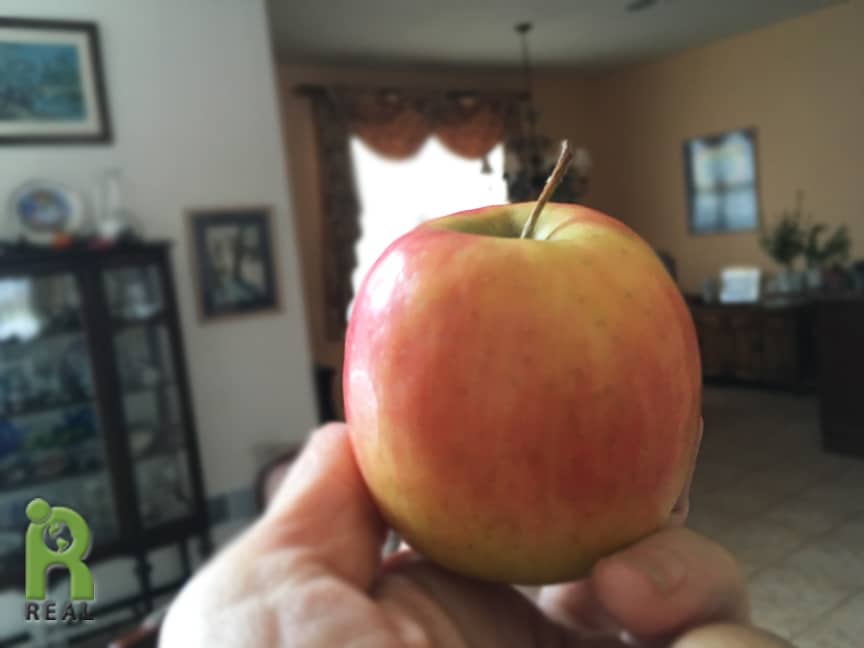 Dinner: My mom, brother and I were going out to dinner. It was two vegans against one omnivore and I was driving. We went to Plant Wise, which is very close to mom’s house and all vegan. I knew my brother would love it. He ordered the Zucchini Alfredo which consisted of Raw Zucchini Noodles, Cashew Alfredo, Roasted Veggies and Beanballs. He was going to be working late and also got a Hot Mocha – Organic Coffee with Raw Cacao Nibs, Maple Syrup and Cashews. 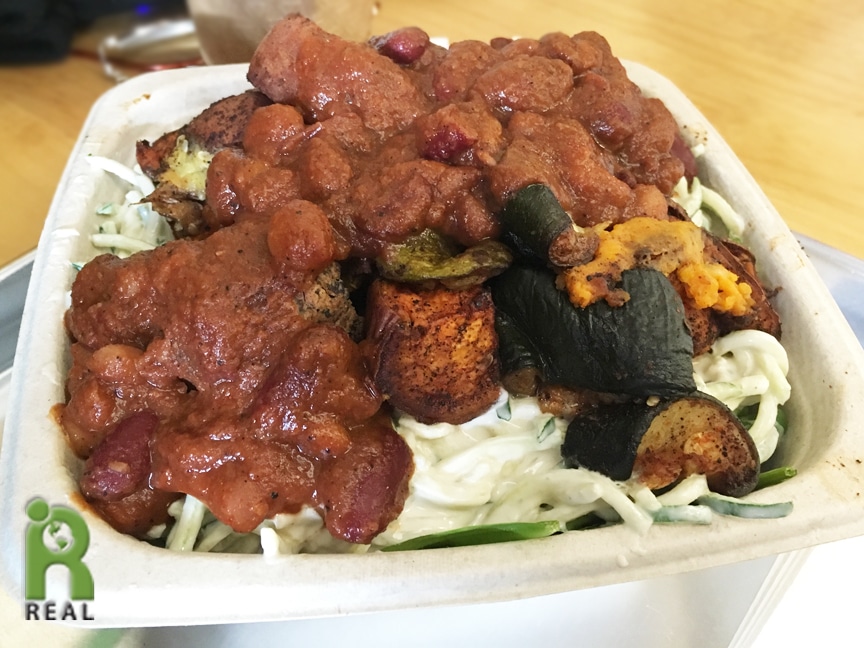 Mom ordered the Little Kahuna a Nori Wrap filled with Veggie Tuna (Chickpeas, Celery, Broccoli, Red Onion,
Almonds, Sunflower Dijonaise), Kale and Cranberries. She liked it but couldn’t help saying that it wasn’t real tuna… I Had the combo half salad, half bowl, with the Kale Caesar as the salad and the Masala as the bowl. The Kale Caesar had the Veggie Tuna (Chickpeas, Celery, Broccoli, Red Onion, Almonds, Sunflower Dijonaise) on top of a Kale Salad with Cranberries. The Masala Bowl has Chickpea Masala, Tomato, Falafel Balls and Sunflower Tahini. I also ordered a Dream Date with Almond Butter, Dates, Chia Seeds and Banana for all of us to share. Marisa took my order and was very helpful. When I ordered the Kale Caesar and Masala Bowl she said those were her favorites. I could see why. It was a delicious meal. We were offered a complimentary side of Bean Chili. This food is very filling and very satisfying. My brother and I both had leftovers to take home. 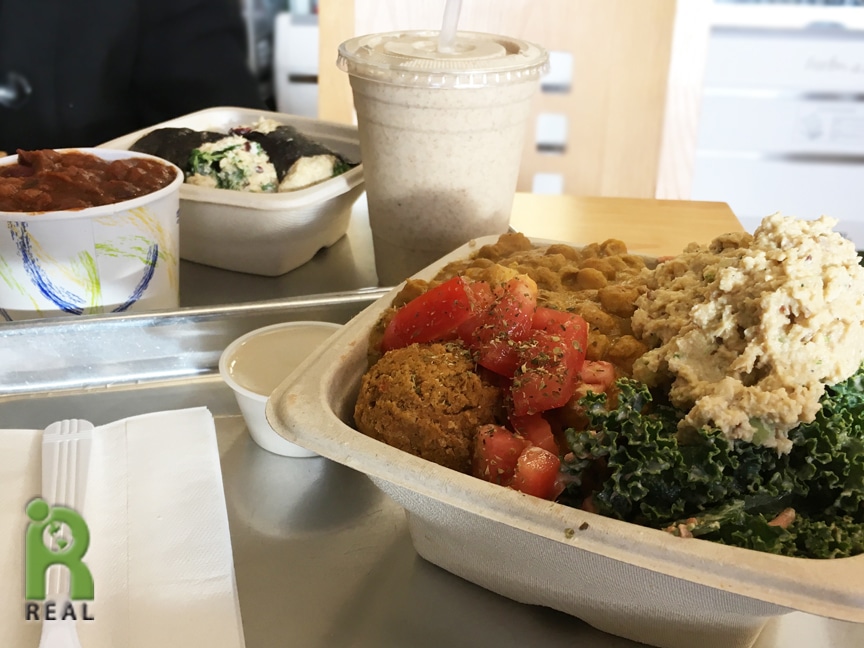