Breakfast: I am enjoying eating “locally grown” tropical fruit every morning. This morning we had cooked Oatmeal with fresh Pineapple on the side. I brought a lot of teabags for this trip. As I have mentioned before, I prefer loose leaf tea for lots of reasons but I have collected a lot of teabags and they are handy to have while traveling. I had Mayan Cocoa Spice by Yogi Teas which we used to have a lot years ago. Gary had Bigelow Cinnamon Apple which he didn’t like at all! 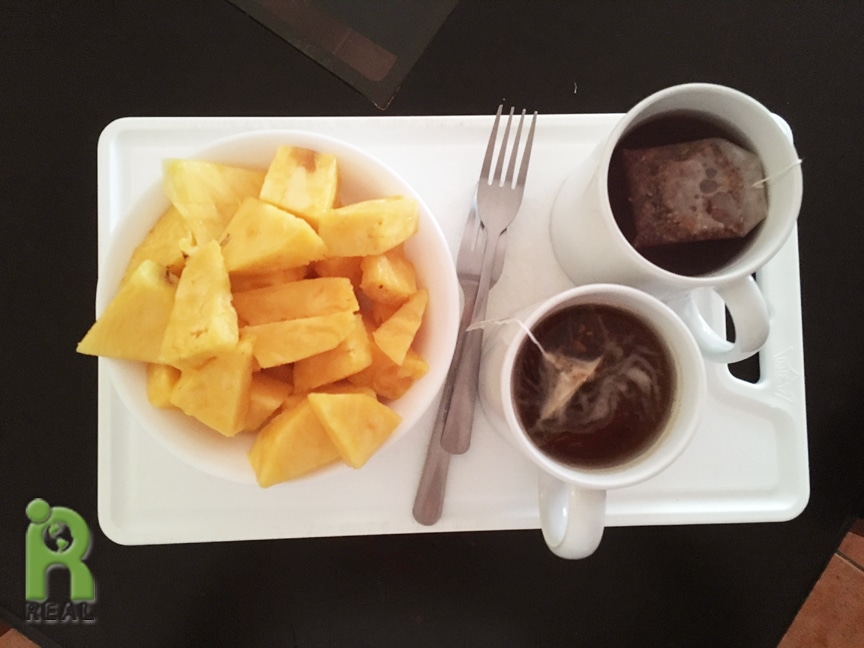 We’ll be leaving this lovely resort tomorrow for a long drive south to San Isidro. We picked up our rental car at a Budget office nearby. The contrasts are crazy here! Outside of the resort the roads are simple, and there are homes spotted here and there; some are shacks and others are quite large. The landscaping is nonexistent. Budget car rentals here are managed by a travel agency located in a new strip of office buildings, most of them empty. After we picked up the car we drove to Playa del Cocoa which we were told was the “big” town nearby. It was bigger, with more shops and restaurants. It was not developed well, some were more shacks, than actual building; some of the roads were not paved. We drove through and on the way out we stopped at a supermarket in a new complex that included a Subway restaurant. We were so surprised to see a big vegan cheese selection with the brands GOVEGGIE, VEGAN GOURMET and Daiya. We didn’t buy any (too-processed!) but were glad they were there. 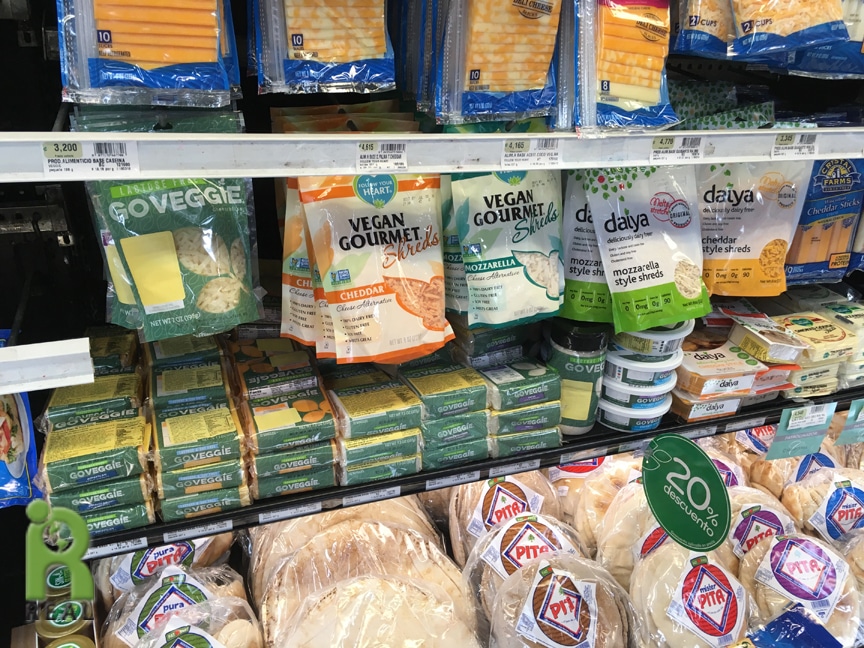 And there was a good selection of plant milks, along with Soy Milk powder! 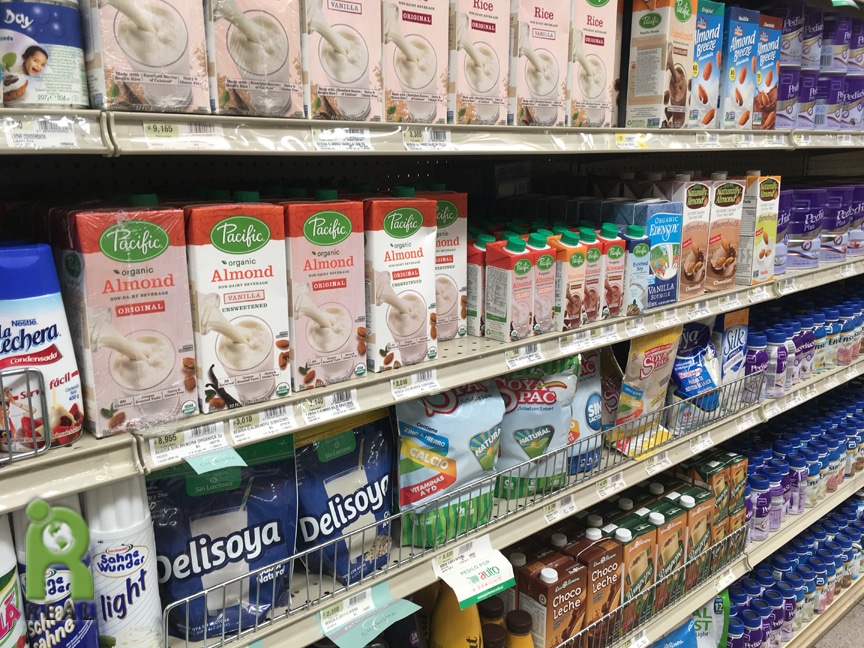 We bought water and some chips for the ride that would go with Guacamole that I would make in the morning before leaving.

Afterwards we stopped at my bank in Costa Rica. I wanted to pay my property tax which I used to be able to do on the bank website but it was no longer possible. The municipality my property is located in was no longer listed with all the other cities on the bank site where taxes can be paid. We waited a long time. There was a woman ahead of us who had some problem paying her cell phone service and the teller had disappeared. While she waited for the teller to return she shared all her nightmare stories about how cell phones are being stolen and other crime dramas. It was a weird scene.

Lunch: Back at the condo, we had a feast: Lentil Stew, Brown Rice, Sweet Potatoes and Green Salad with Tahini Dressing. 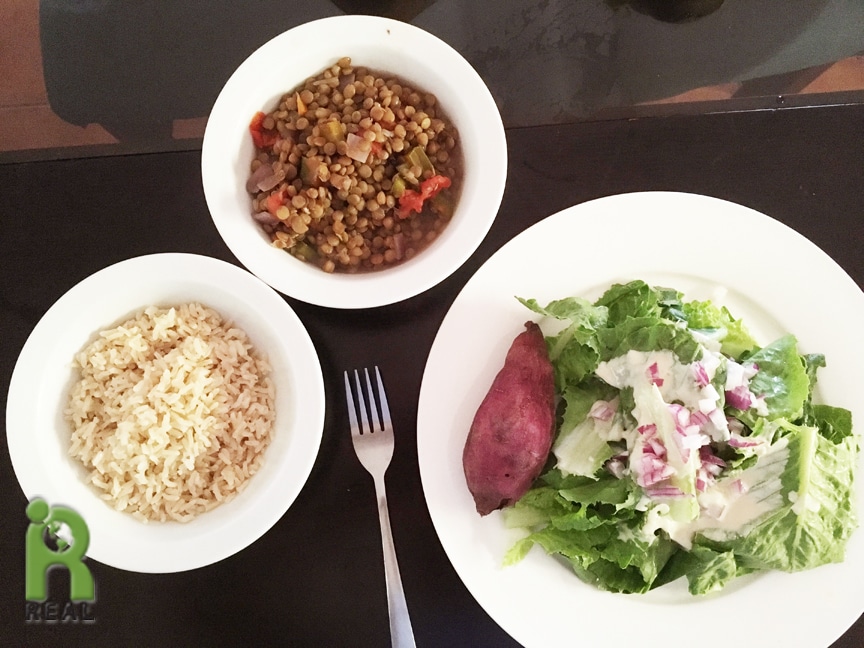 Dinner: Lunch was big and we weren’t hungry for another meal later on. We went to the resort restaurant to watch the sunset. Gary had club soda and I had Pineapple Juice. 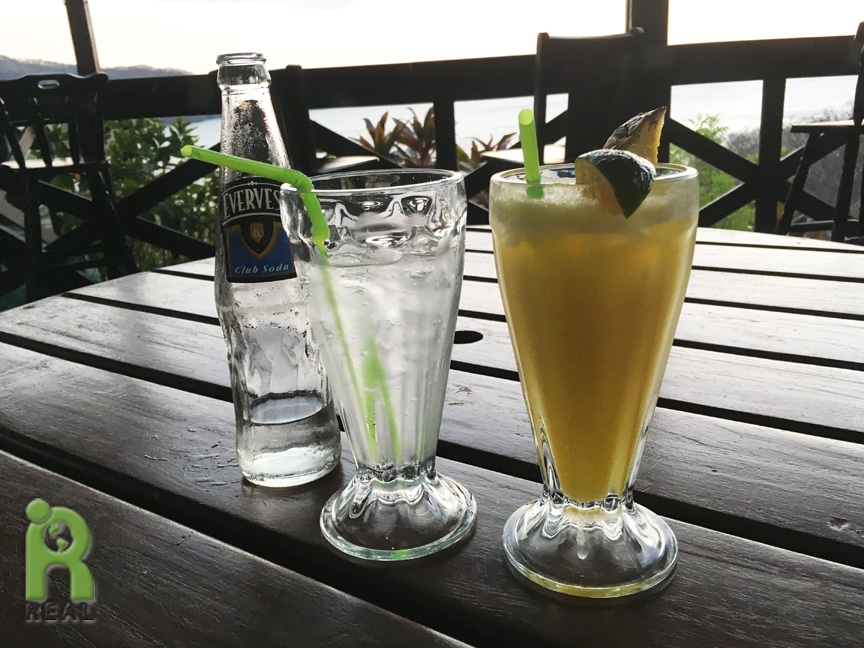 The sun is so large here and the sunsets are stunning. 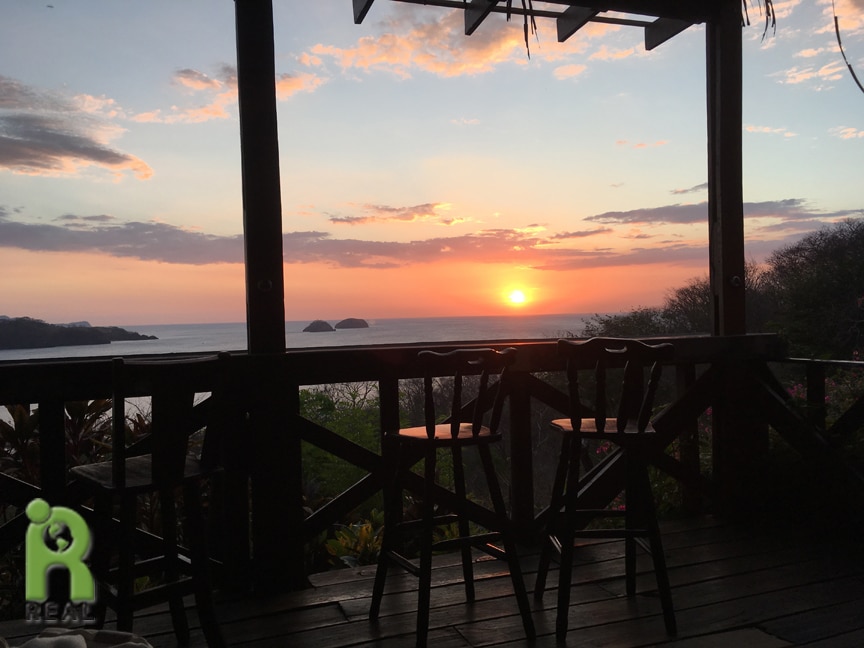