Breakfast: Today’s breakfast was quick. I grabbed an Apple and went to get my hair cut, really short! It’s almost summer and I will be ready.

Lunch: I made a colorful Salad with Greens, Raspberries, Mulberries (picked on my walk in the park with Janet the other day – thanks Janet!), Flax Seed, Nutritional Yeast and the last of the Red Pepper Turmeric Dressing. 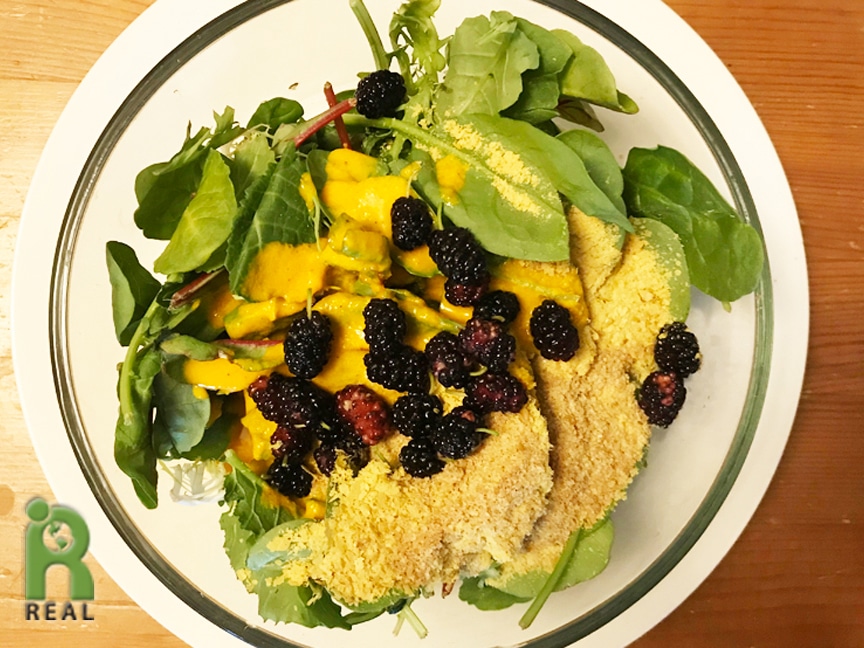 Dinner: I made last minute plans with Linda Long to see the new film Eating Animals based on the 2009 book by Jonathan Safran Foer. Natalie Portman, one of the producers was going to be at the theater for a Q&A afterwards. I found a restaurant near the movie theater to meet called Ouisia. We were both delighted with this restaurant. It’s big, airy, beautiful and they serve a good selection of fresh, creative vegan food! The host who greeted us at the entrance, Shane, is vegan. Our server Johnny is a vegetarian and he told us his wife is vegan. Hurray! We shared two dishes that were both so good: Roasted Eggplant with Red Peppers, Olives and Tahini Garlic Sauce. 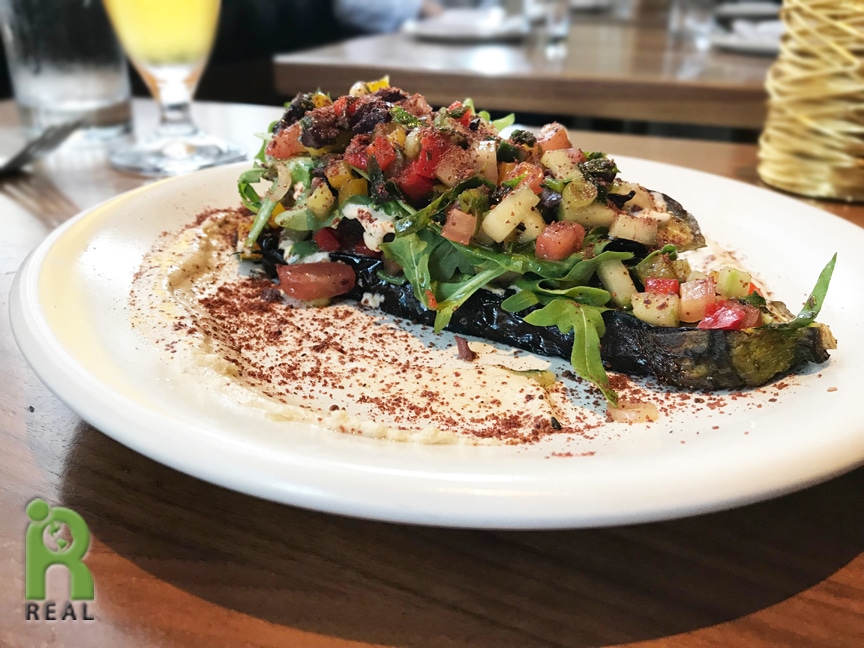 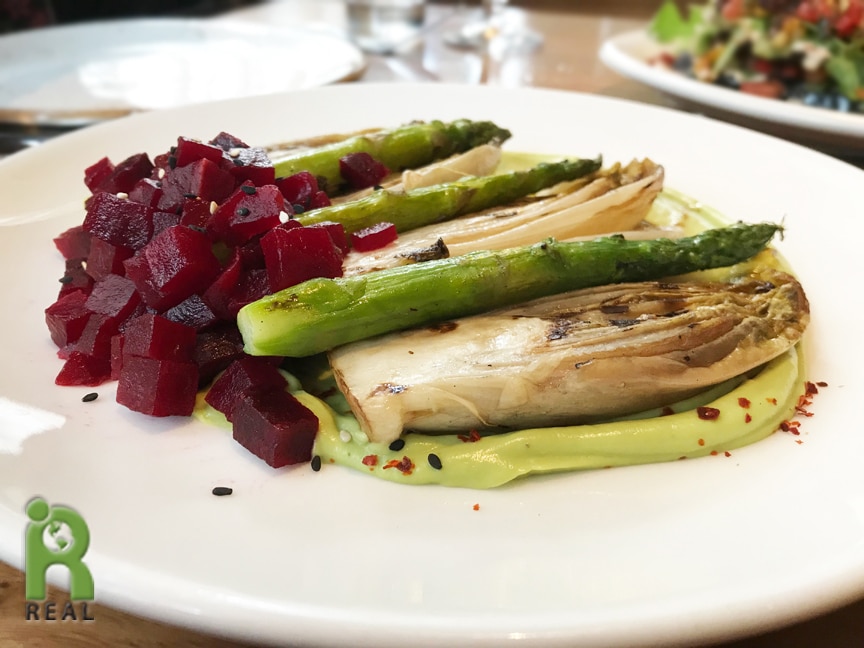 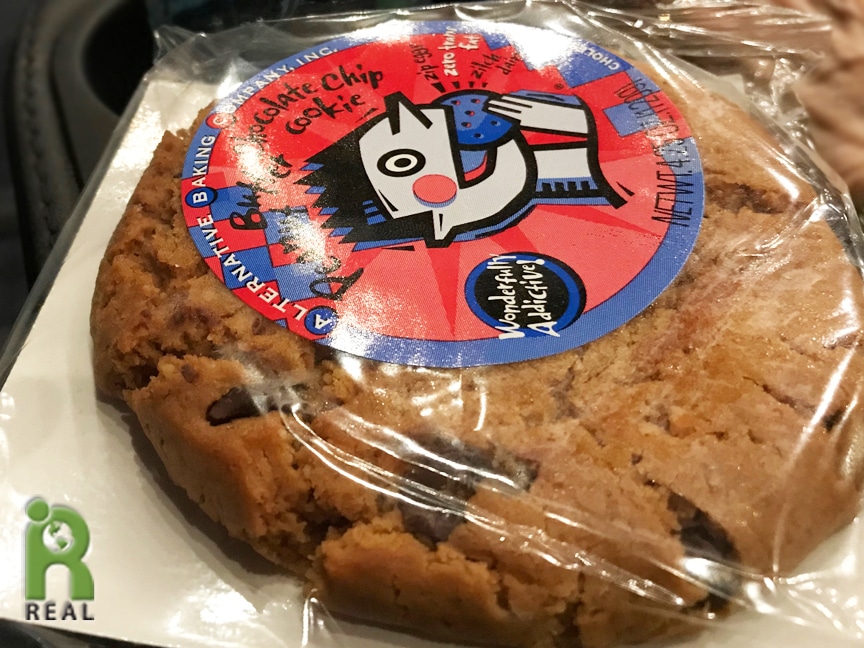 Now about that film… I didn’t like it for many reasons:
1) It moved slowly.
2) The story wasn’t engaging. The director Chris Quinn made the choice of removing Jonathan Safran Foer’s story from the film. I think that was a mistake. Foer wrote about his personal struggle with tradition, culture and ethics and it would have given the film the hook it needed. The footage was good, including bright pink pools of excrement lagoons at pork factories and hard-to-watch images of tortured animals. But without a good storyline, these images won’t stick to our jaded culture already numb by the violence that surrounds us.
3) It encouraged “humane” slaughter of nonhuman animals for food.
4) Natalie does a terrible job doing the voiceover narration, her speaking style is relaxed and sloppy, so it was hard to understand what she was saying.
5) It was practically an all-white male cast. Of all the women they could have chosen to feature they picked Temple Grandin! Curious too, to see Paul Shapiro and Wayne Pacelle’s images pass briefly, I wonder if they originally had something to say and were cut because of the #MeTooAR accusations against them.
6) Beyond Meat, Impossible Foods and Just (formerly known as Hampton Creek Foods, which was formerly known as Beyond Eggs) are featured as the answer because people won’t give up their meat until there won’t be any other choice (because the planet can’t sustain animal agriculture).

The best part was after the “Q&A” (where we couldn’t ask questions). We chatted with a few young, articulate folks who were new vegans. That was inspiring!

Evening: Once back at home, I still had a few hours of work to do. I was a little hungry and made air pop and tossed it with Nutritional Yeast. 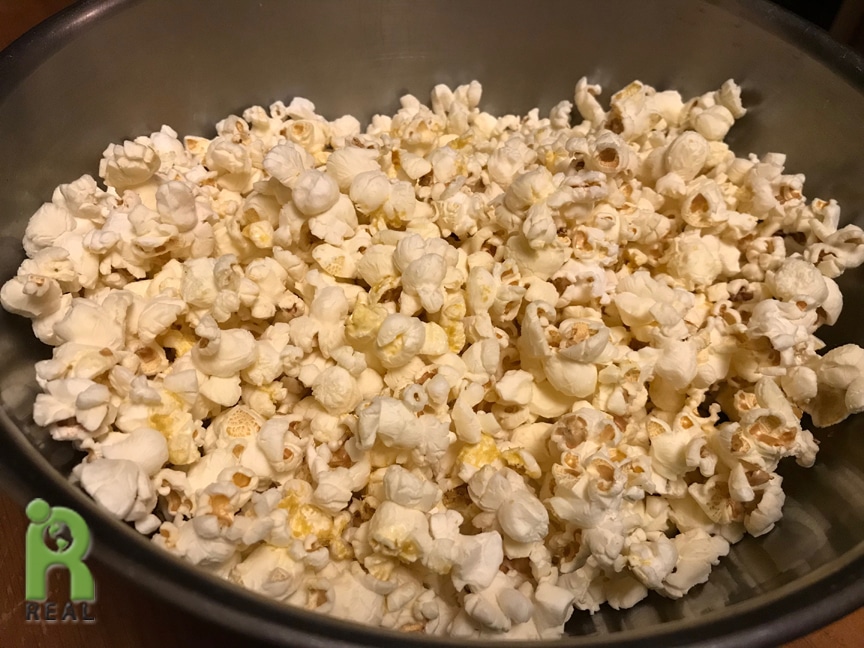 Gary writes that he had the same breakfast and lunch as yesterday.
For dinner he went to Khanh’s with his cousins Nancy and Wade. He had the usual: Rice noodles with sautéed Vegetables and Tofu. Gary says, “It’s enough to put you to sleep, right? So boring. But delicious.” 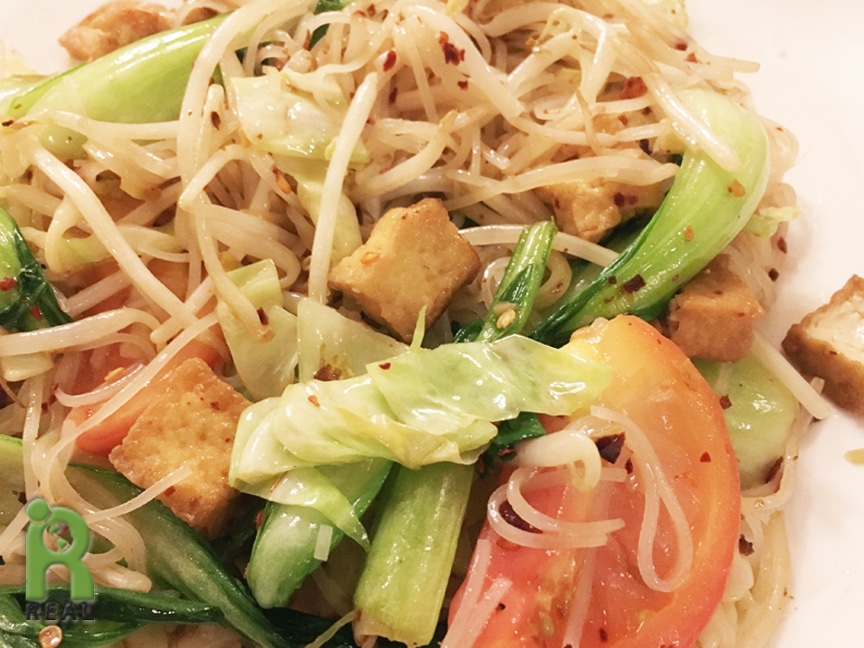