Breakfast: Just because I am by myself does not mean I can’t have waffles! I made Steel Cut Oats and Millet Waffles, my latest waffle recipe made from whole grains, not flour! I topped them with Apricot Butter. I tried to make Soy Milk Foam for my tea but it wasn’t as good as when Gary makes it. 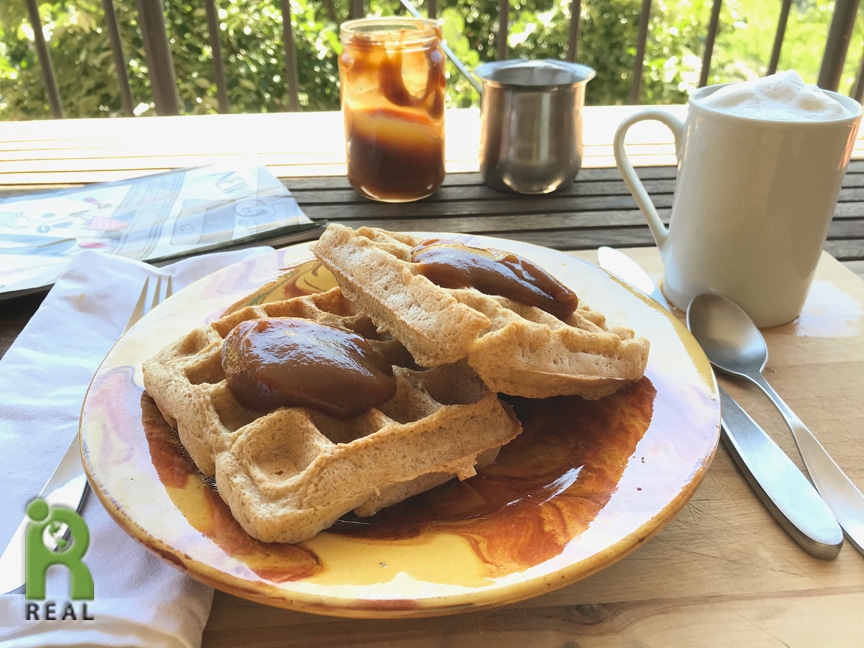 Lunch: It’s getting warm and a cool Smoothie was calling. I made it with a frozen Banana, Blueberries, Cocoa Power, Flax Seeds and Soy Milk. 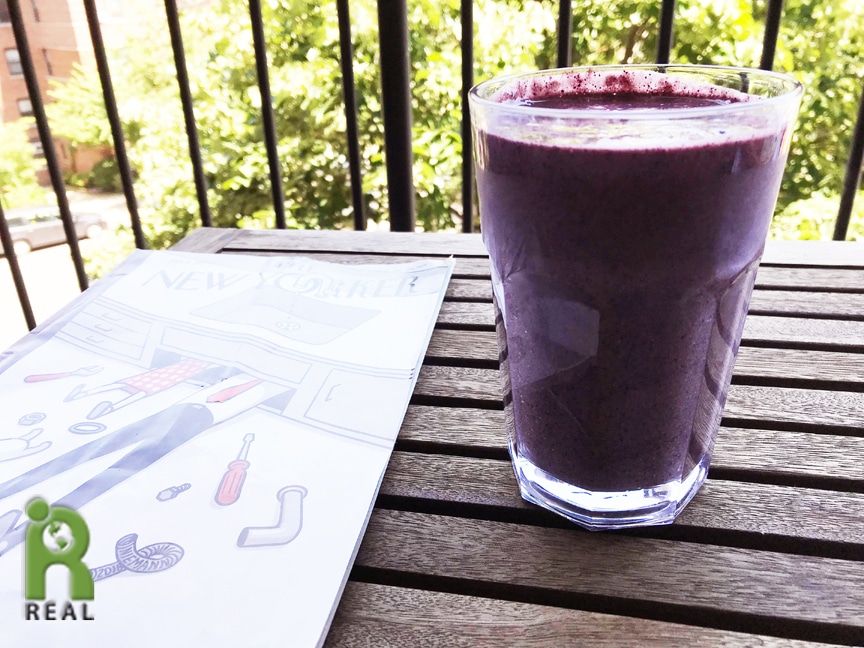 Still hungry and needing greens, I made an even more colorful salad than yesterday! This one had Greens, Raspberries, Mulberries, Corn, Almonds, Nutritional Yeast, Flax Seeds and Balsamic Vinegar. 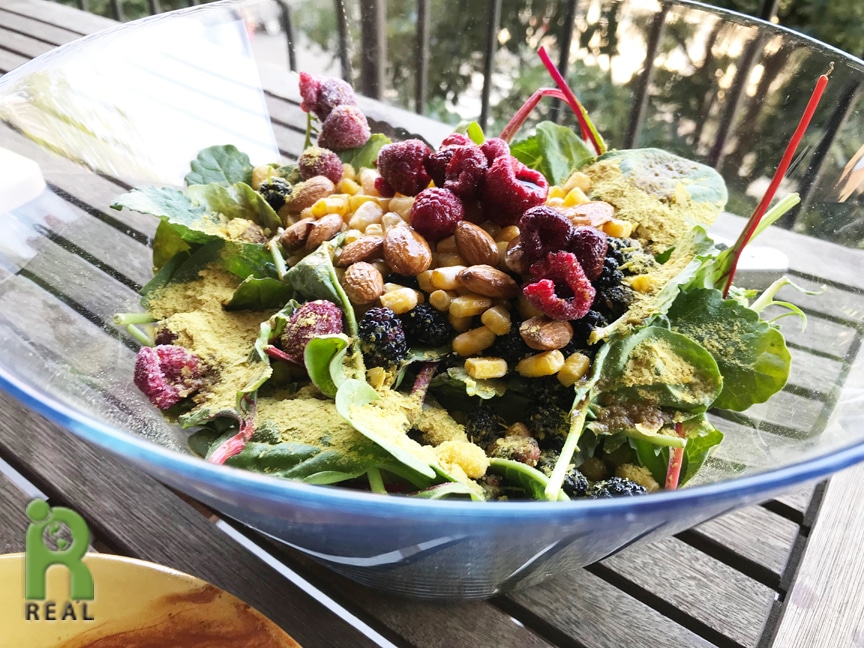 Dinner: There is not much left in the house in terms of fresh produce, freezer or pantry items. I am intentionally running out of everything, getting ready for a 6-week trip to California. I began to think about a dish I used to have a Buddha Bodhai in Flushing, Queens called Two Kinds Mushroom Congee. Congee is a creamy soup made with white rice that has been cooked with lots of water until it practically melts. This soup was loaded with Ginger and that was one thing I still had in the refrigerator, along with Tempeh. Plus we have dried Mushrooms from Fungus Amongus that I keep in the freezer and refrigerator. I made a rice-free version of the congee with these ingredients and it hit the spot! Here’s the recipe for my (rice-free) Mushroom Ginger Congee. 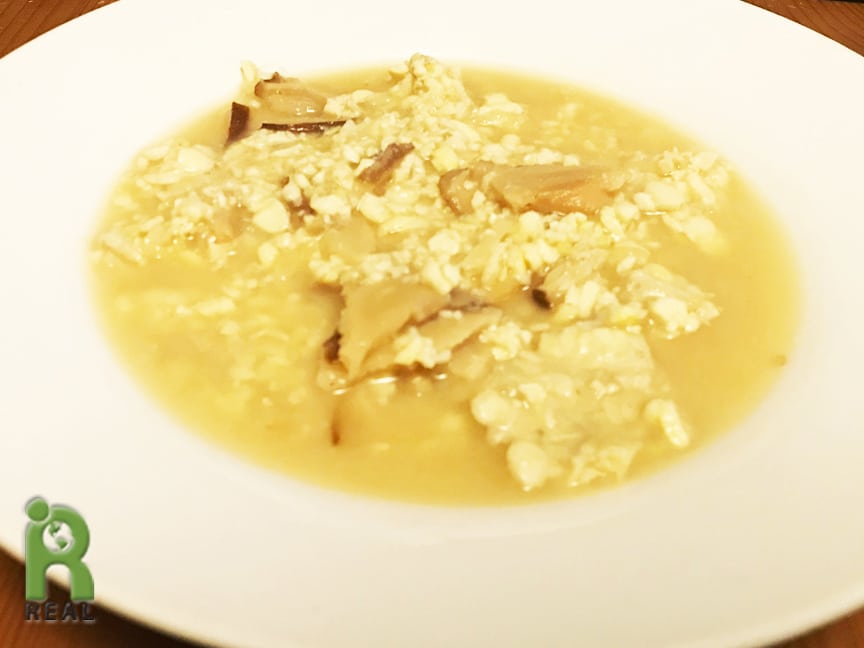 And Gary? He writes to share what he’s been eating:
Breakfast — I topped my cooked Oatmeal and Raisins with cold Almond Ricotta and Pears. Delicious. 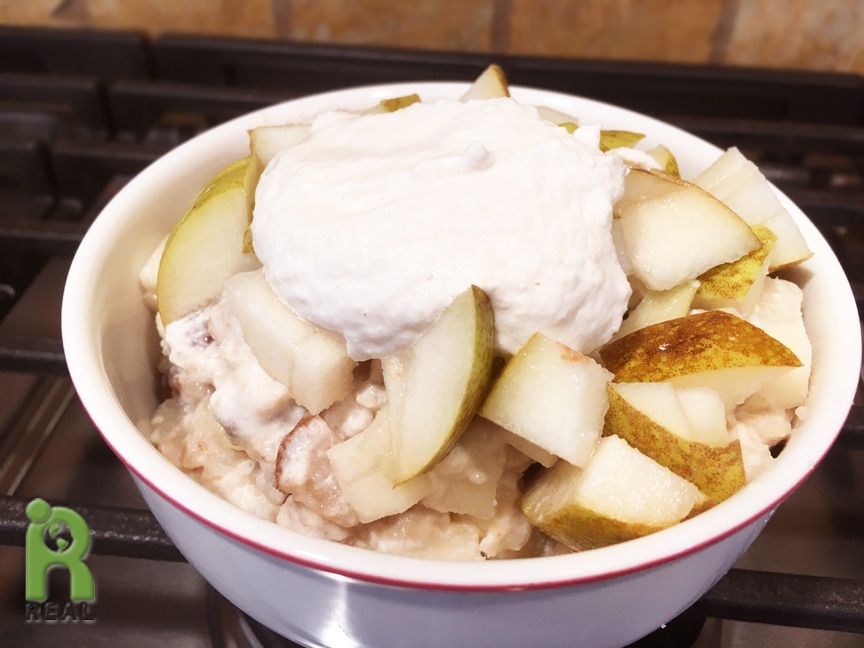 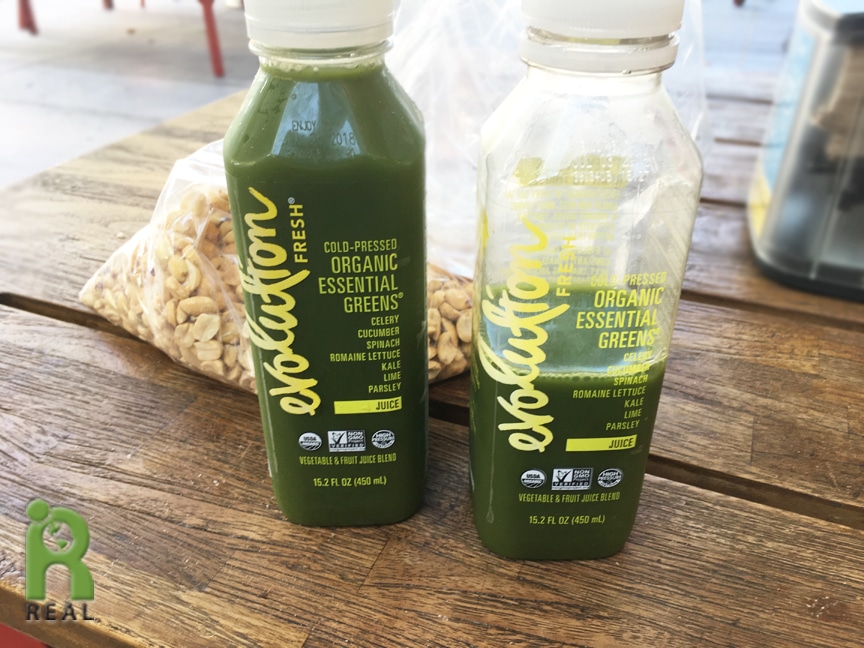 Dinner — I was meeting my friend Ted at Santana Row for a movie. We were going to see Solo and so before the film I went solo to Veggie Grill and got the B-wing Salad. The place was packed. I was happy about another veg restaurant in San Jose being so crowded. But the food has slipped a few notches. First of all the greens were soggy and chopped so finely that I thought I was eating pesto. And it was supposed to have avocado slices. Well, I maybe had one small cube or two of avocado, a few shreds of carrots and a drizzle of dressing. It was as if someone had cleaned and chopped a bunch of lettuce and made my salad with what was left, uh, you know the thing you keep in the sink when you don’t want to clog the drain because your not using a garbage disposal so it all collects all the small little pieces of lettuce so it doesn’t go down the drain and clog your sink? Yeah, that’s what it looked like my salad was made with— all those little shards of lettuce. And the fake B-Wings were soggy too. And cold. Kind of a disaster. And such small portions. Has success spoiled Veggie Grill? So sad. I won’t go back. But the movie was good. And it was great to see Ted. 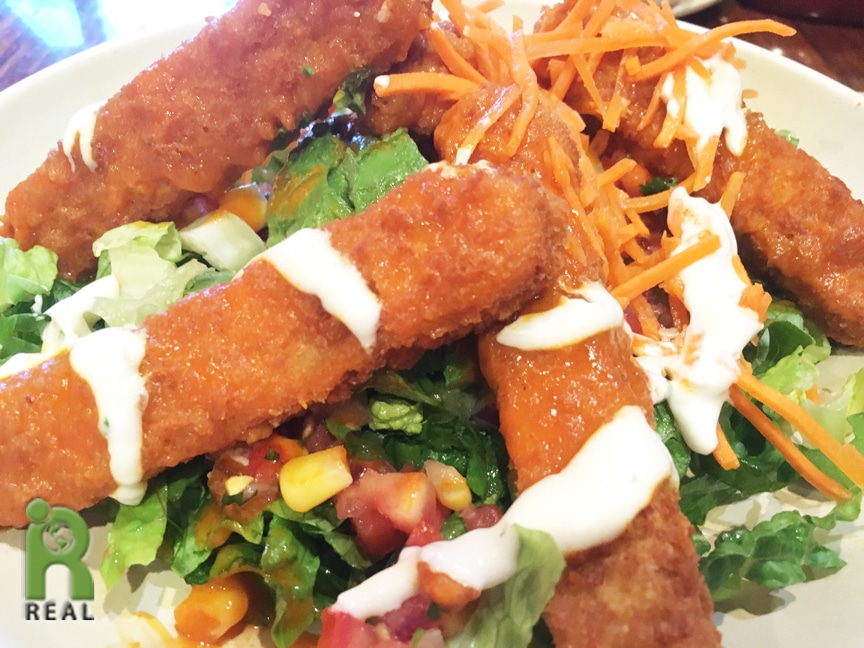