Breakfast: My day began at 4am. It was necessary to get up this early to complete my colonoscopy prep. Every 15 minutes I was to drink 8 ounces of the remaining half gallon of Golytely solution. Every glass was harder to get down and occasionally some wouldn’t go, it would come right back up and out. The goal was to excrete a fiberless, light yellow liquid out of my bowels. Nice, huh? I examined the toilet bowl after each visit, recognizing the last few days of eating. There was the kale salad, the beans and the corn. I was surprised at how many undigested corn kernels there were. I need to chew more carefully. Finally, I reached the goal and I stopped drinking the salty poison. It was 6:30am and we had to leave at 8am to make the 9am appointment.

Everything went very well. I loved my all-woman medical team. It was all over very quickly. I woke up from the anesthesia alert and ready to get on with my day. Apparently I woke up faster than anyone.

Gary has fasted with me, in solidarity. We brought a couple of Apples and ate them as we left the hospital. Gary said he never ate an apple that tasted so good. That’s what happens after fasting, the taste buds are heightened. 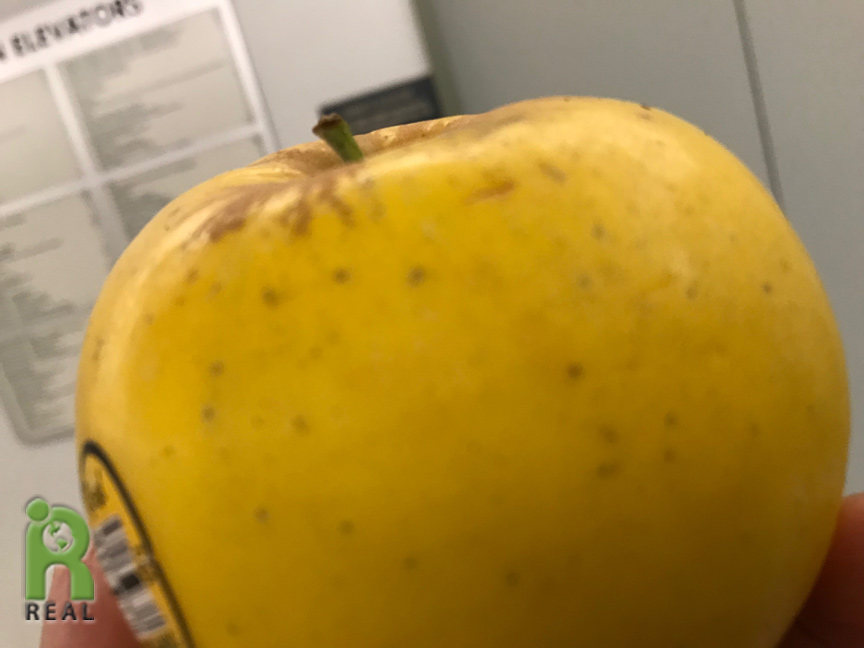 Lunch: We made a quick trip to New York Performing Arts Library to find some music for my upcoming concert in December. It’s the best music library on the planet! Afterwards we went uptown by subway to our favorite Candle Cafe West. We celebrated the day with Green Goddess Juices, mine with no apple Gary’s with. 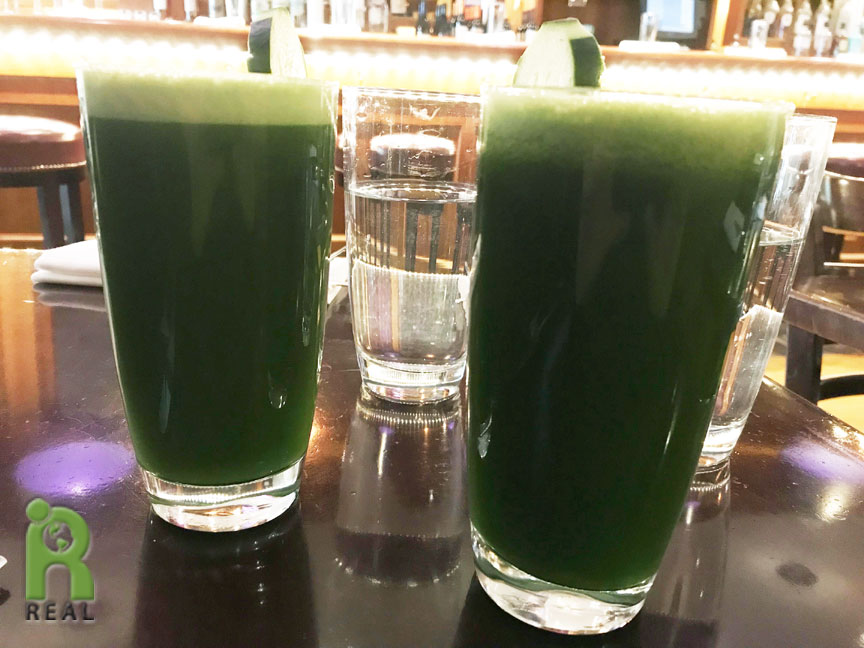 We both ordered Market Plates where you can choose 4 sides and two sauces. I chose Sautéed Wild Mushrooms, Sautéed Brussels Sprouts, Black Beans (to feed my starving colon probiotics) and Corn Crusted Zucchini Fries. I had the Horseradish and Tahini sauces. 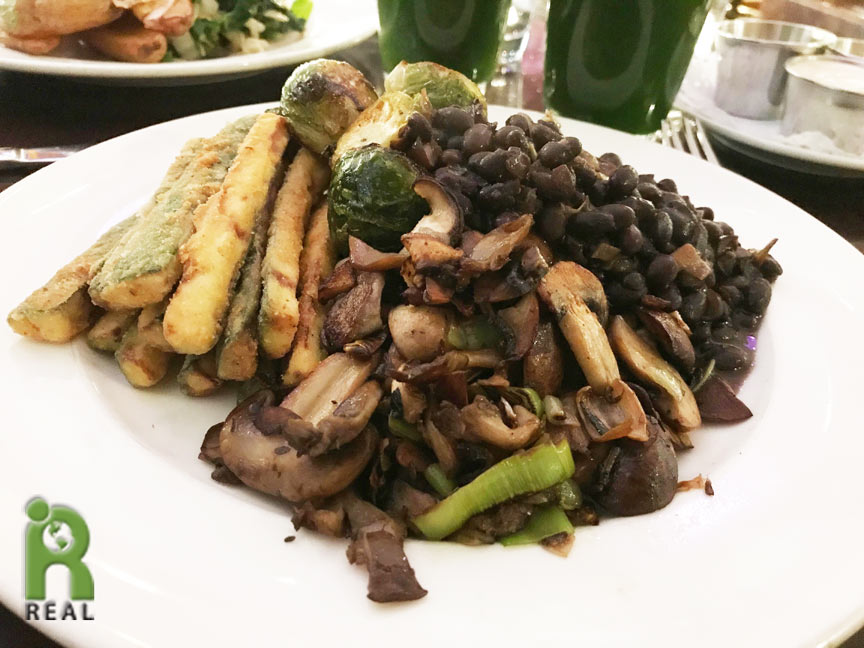 Gary chose the Grilled Tofu, the Grilled Tempeh, Fingerling Potatoes and Sautéed Greens. We were both delightfully satisfied with our meals, especially after our fast. 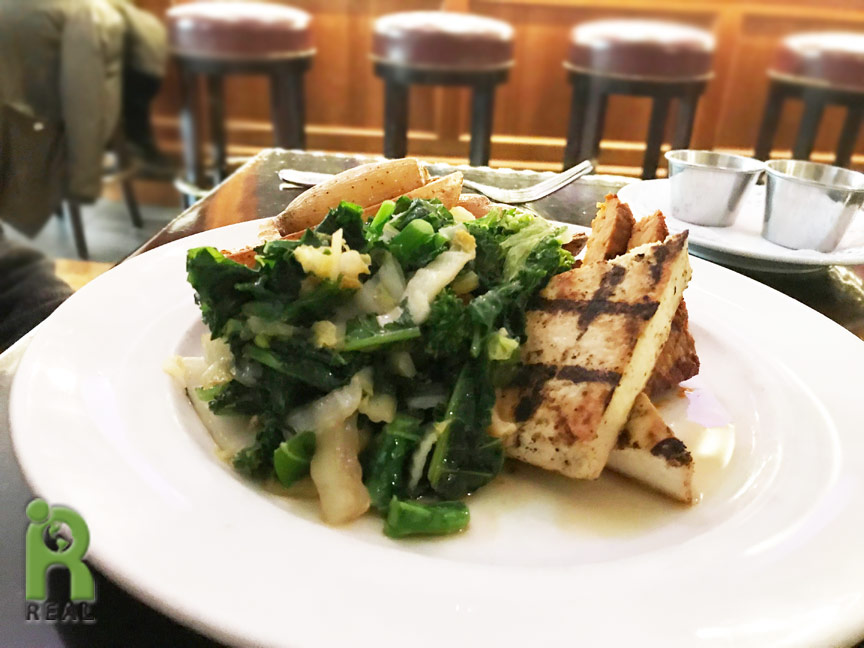 Snack: I was exhausted when we got home. I ate a Pear and took a nap on the couch.

Dinner: A few hours later Gary reheated and set out some leftovers, Kale Salad with Red Onions and Pomegranate Seeds, Bean and Corn Stew, Tempeh and Sweet Potatoes. We both focused on chewing better than ever. Afterwards, I was ready to sleep. The day began early and ended early as well. 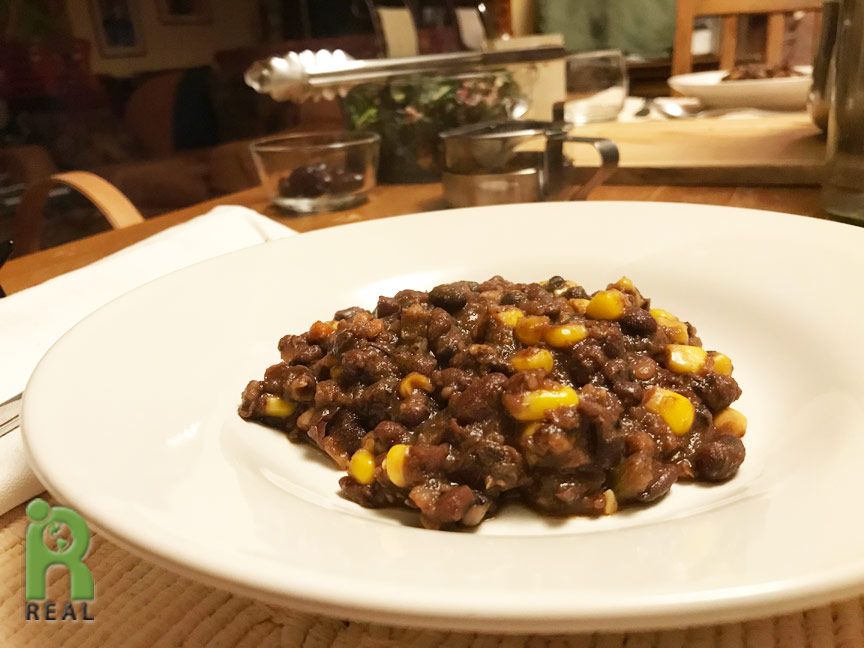