Breakfast: It’s a new day. With my colonoscopy behind me (is that a pun?) I made us a celebratory breakfast. Every day should be a celebration! I made Cornmeal Pancakes, an old favorite, with Blueberry Coulis. Gary prepared a fresh batch of Apricot Butter and frothed the Soy Milk for our Chai Tea. 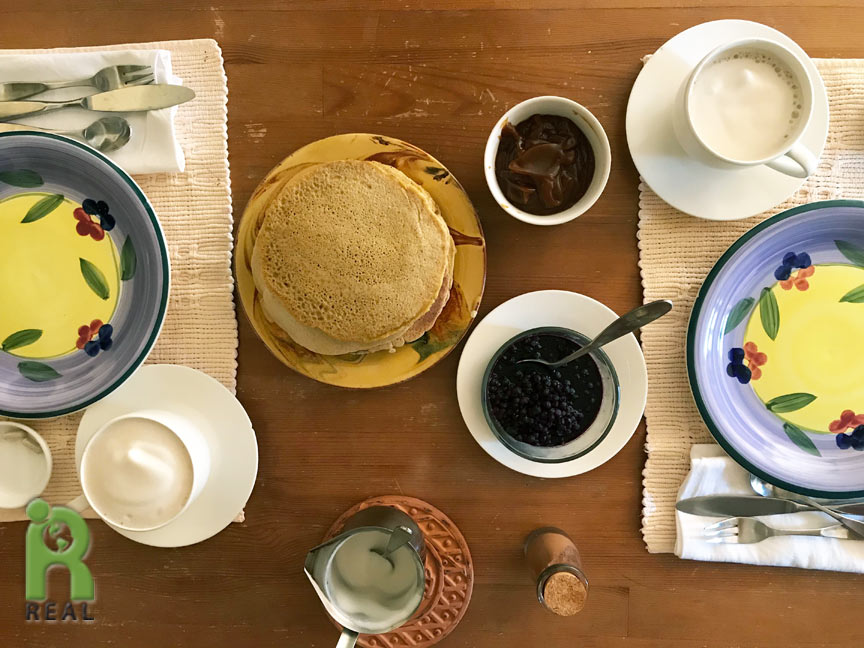 Green Juice: There was a green juice in the freezer that I defrosted in the morning and had as a snack. It was made with Kale, Celery, Carrots, Ginger and Lemon. 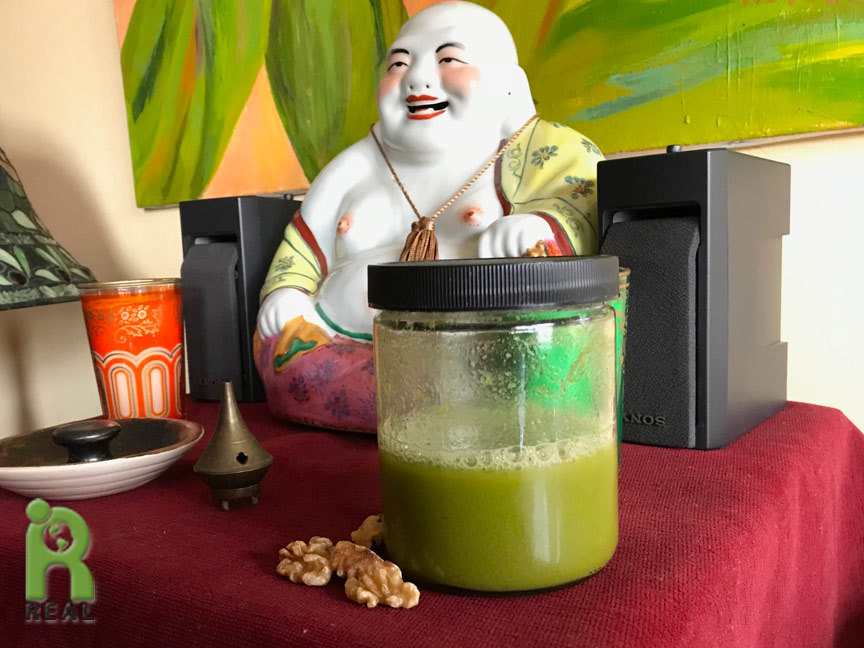 Lunch: We were reheated the leftovers that we have been eating for days. Fortunately they are delicious and I enjoy them every time. While waiting, I quickly heated up some Mushrooms with a Garlic Clove, Water and Wakame and stirred in some Chickpea Miso for a comforting soup. It’s cold outside! 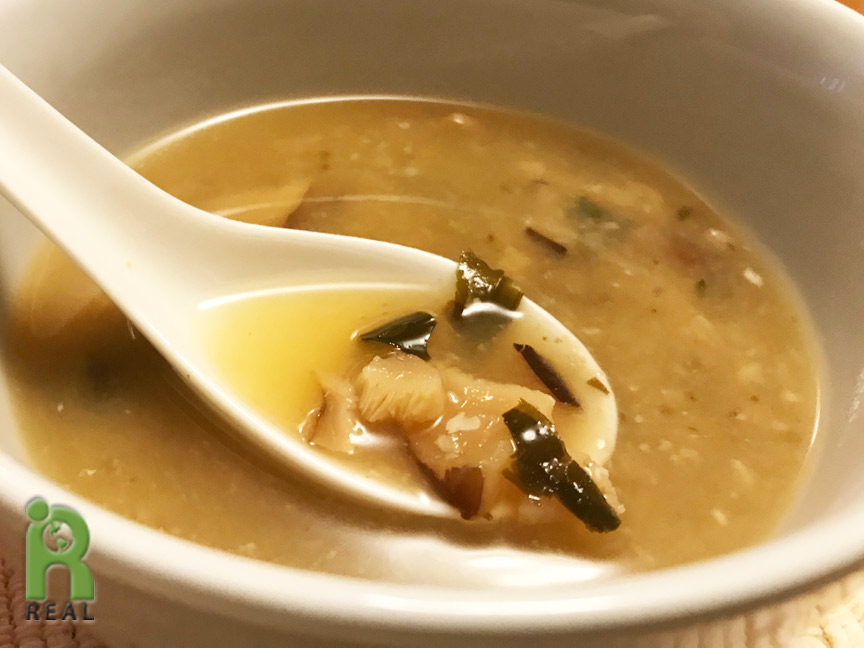 I wasn’t very hungry and started slowly with a piece of Tempeh with Tomato Sauce, a piece of Purple Sweet Potato and a slice of Yellow Sweet Potato. Afterwards we worked our way through the Bean and Corn Stew and the Kale Salad. 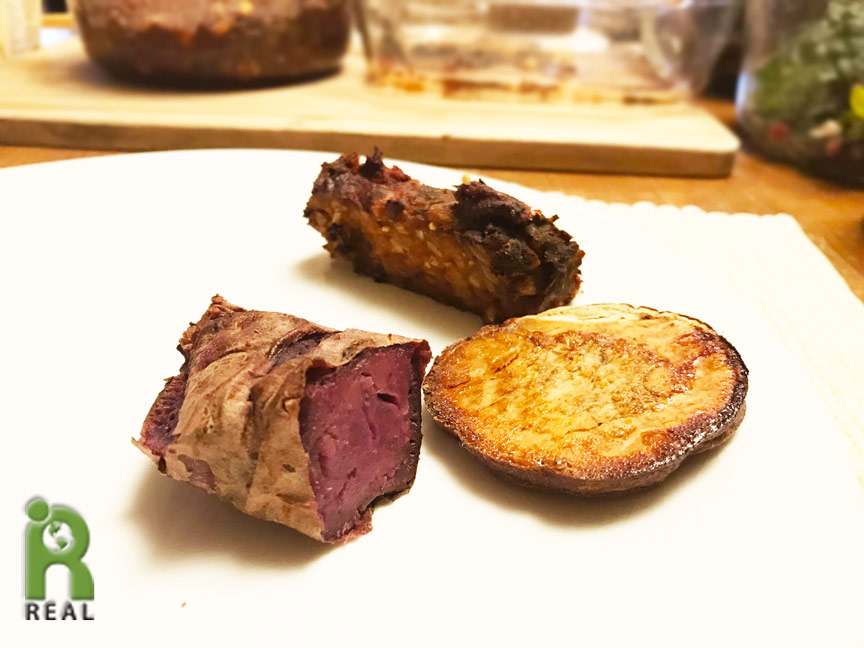 Dinner: We had tickets to see the Resistable Rise of Arturo Ui at the Classic Stage. We got to the theater early and walked about the East Village for a bit. Back at the theater we ordered drinks in the lobby from the Everyman Expresso. Gary had a beer, served in a coffee cup and I ordered a Chinese Black Tea. They brew all their teas with loose tea, no bags, just the way I like it! There were three plant milk options, Soy, Almond and Oat. I chose Oat Milk because it was unsweetened. 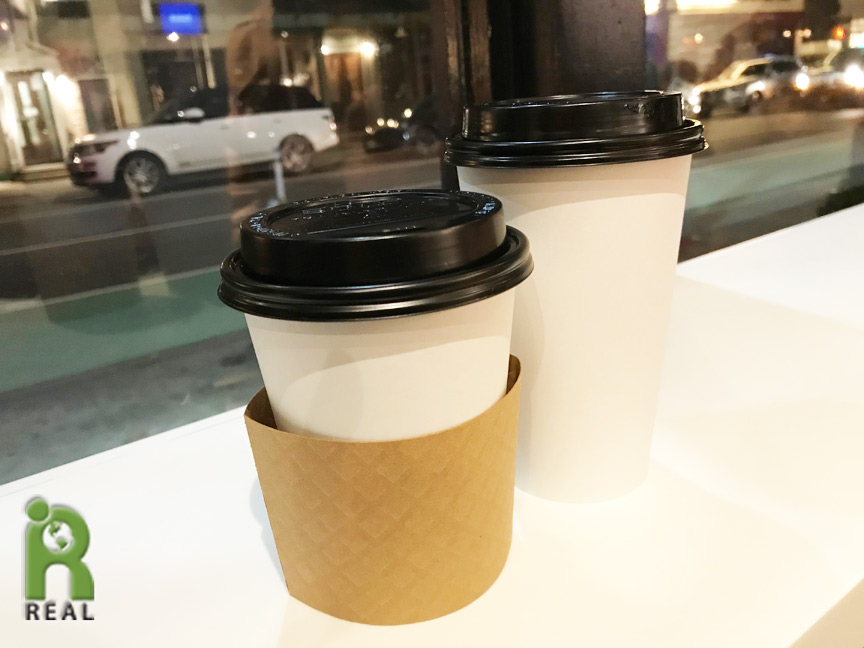 The Classic Stage summary reads “In 1930s Chicago, mobster Arturo Ui will stop at nothing to control the cauliflower trade. Terror and bloodshed follow. Can anyone stop him? Brecht’s skewering of Adolf Hitler and totalitarianism is given renewed significance in a production directed by John Doyle. Written in 1941, the play was one of the Berliner Ensemble’s greatest box office successes.” The play is about food, about Cauliflower, so it goes very nicely in this blog. There were many references to our current political situation and the rise of the man who holds the office of President of the United States. It was chilling.

Evening: Back at home and hungry as every, we indulged in our favorite late night treat – Rice Cakes with Tahini, Peanut Butter and Apricot Butter. 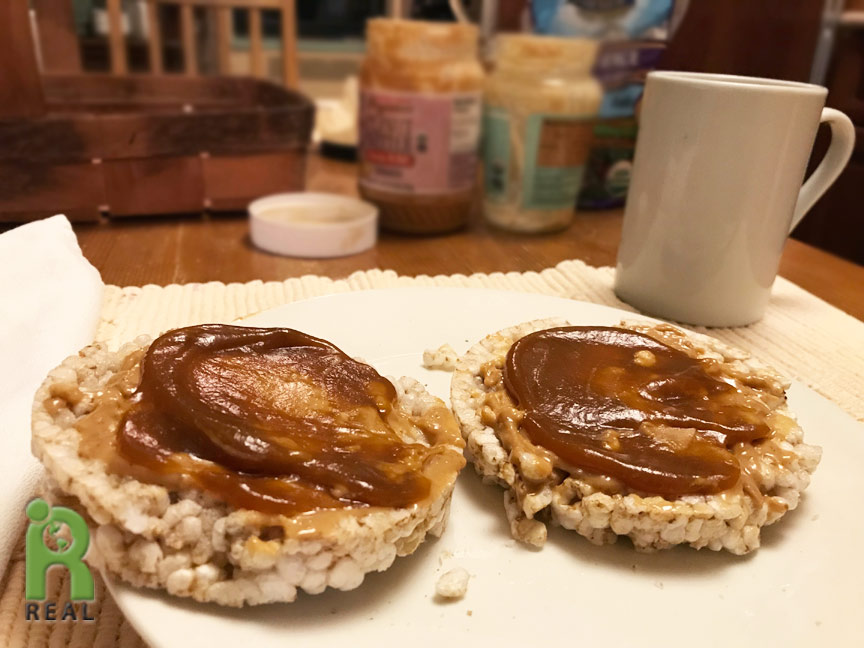