First Meal: The day has arrived, Gary’s dad’s funeral. We have been preparing for this for a while. Gary had been working on his eulogy for days, and I have prepared to sing Schubert’s Ave Maria. I knew we wouldn’t eat until 1pm so I suggested we have Oatmeal before heading to the mortuary. It was a good idea.

Second Meal: The funeral was lovely, as lovely as a funeral could be. Two cousins and one niece gave heartfelt eulogies and then it was Gary’s turn. He did an excellent job. After the service we went to the mausoleum. Since Gary’s dad was a WWII veteran he had a gun salute, Taps and the folding of the flag as part of the ceremony. Everyone was invited to Aldo’s afterwards for some lunch. We had alerted the restaurant staff ahead of time that there would be a few picky eaters who would not eat from the buffet. There were vegan/gluten-free meals available for us, like this Pasta dish with Eggplant, Peas and Marinara. 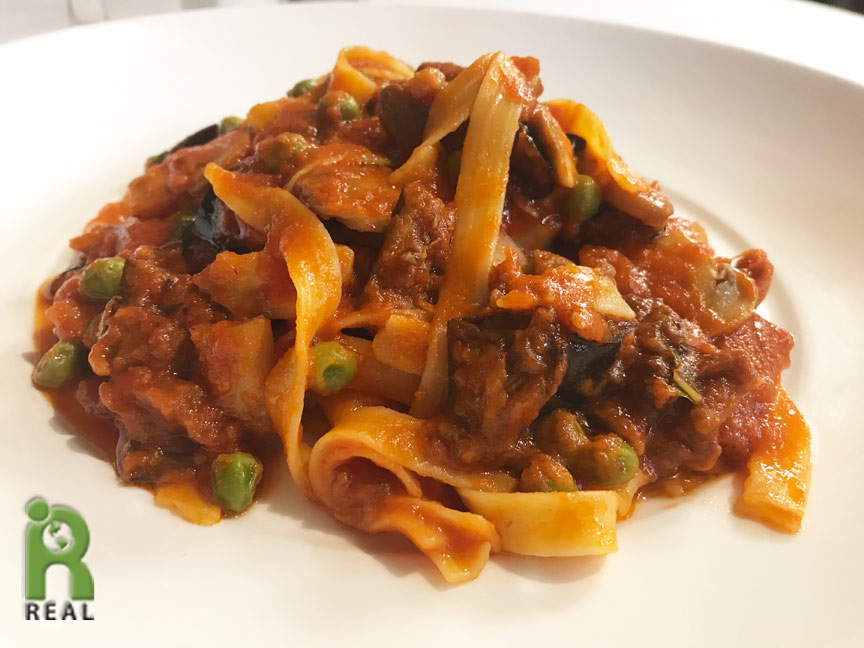 I enjoyed a GIANT plate of Broccoli and Carrots in a Garlic Sauce. 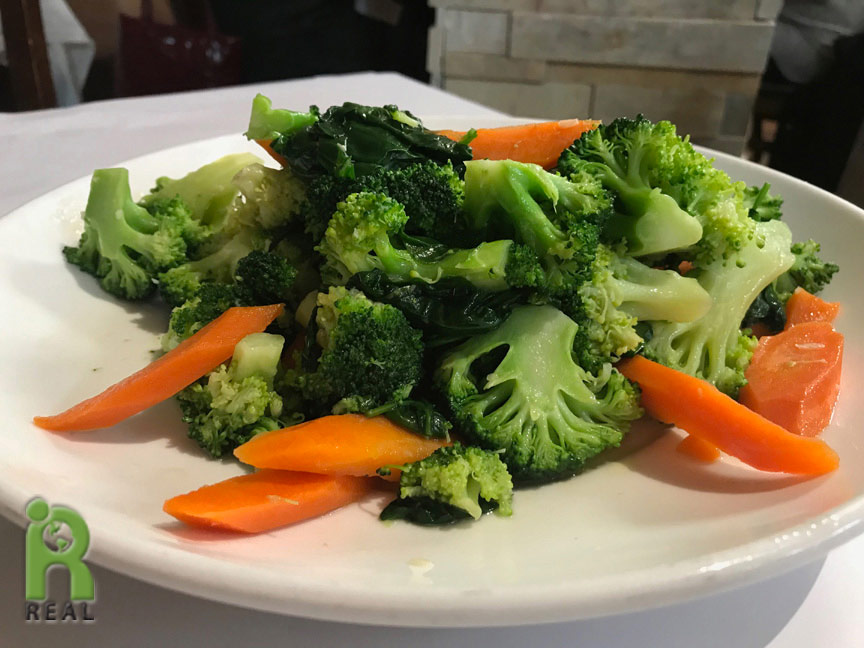 Snack:
Once the funeral was over we went back to the house to take a nap. We were wiped out. Before going to sleep we did something very unusual for us. I took the box of Sjaak’s vegan chocolates Gary bought me for Valentine’s Day and we ate the entire contents! Satisfied and polluted, we went to sleep. 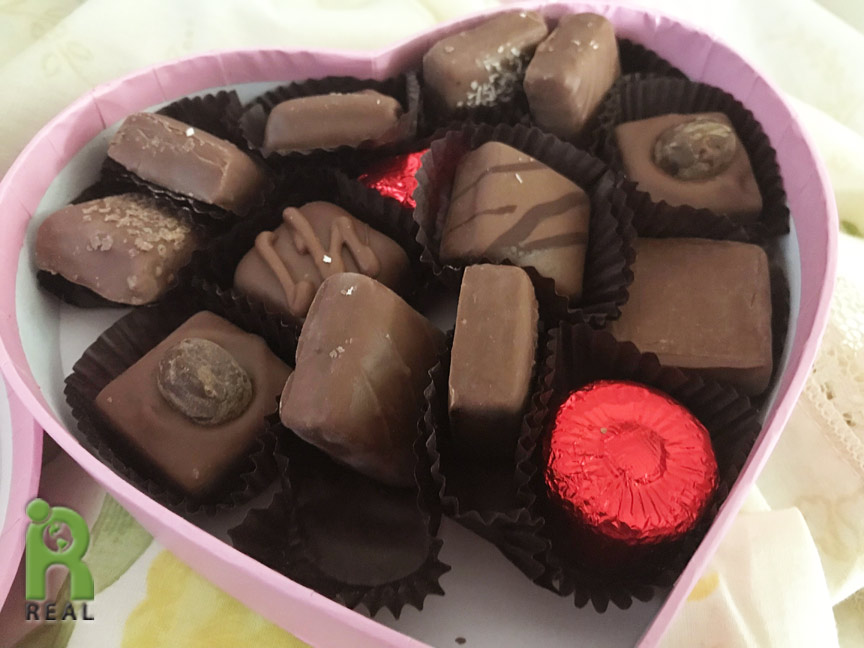 Third Meal: We were not motivated to do much of anything in the evening. We drove over to the Veggie Grill for a meal. I got the Grilled Quinoa and Veg Burger. 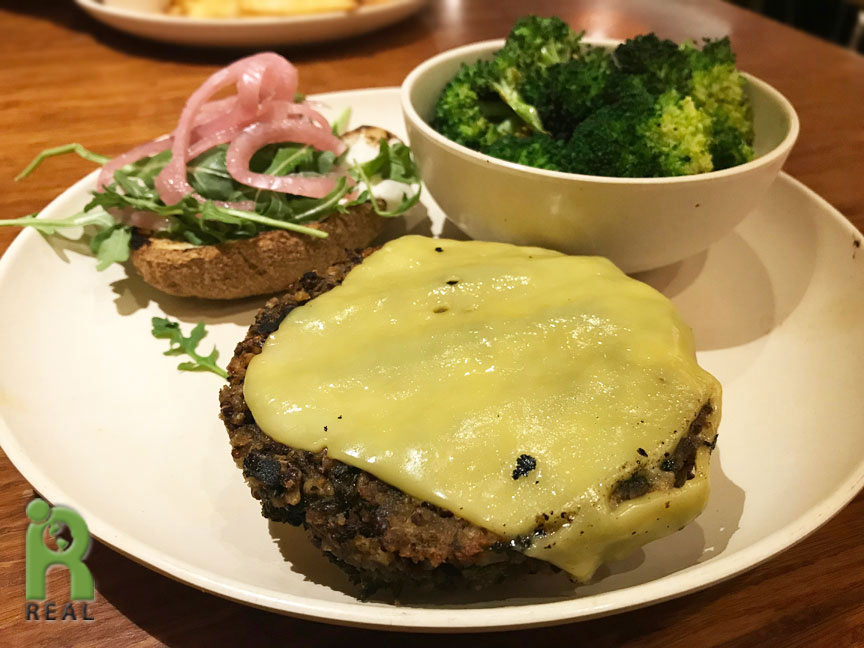 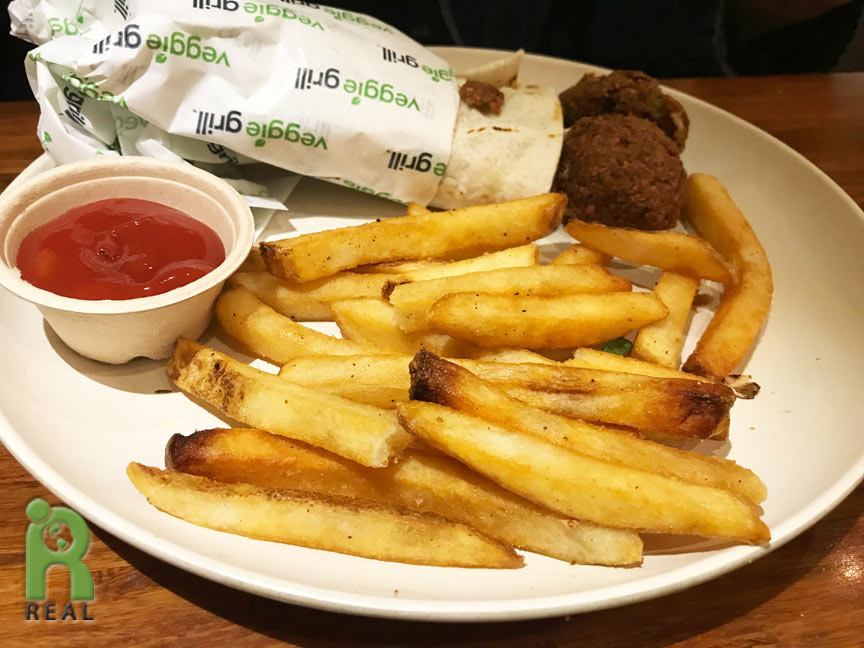