It’s Gary’s birthday!! Hurray. He wanted simple organic Rice Cakes with organic Peanut Butter and organic Apricot Butter. Since he was having “cake” I put a birthday candle in it. 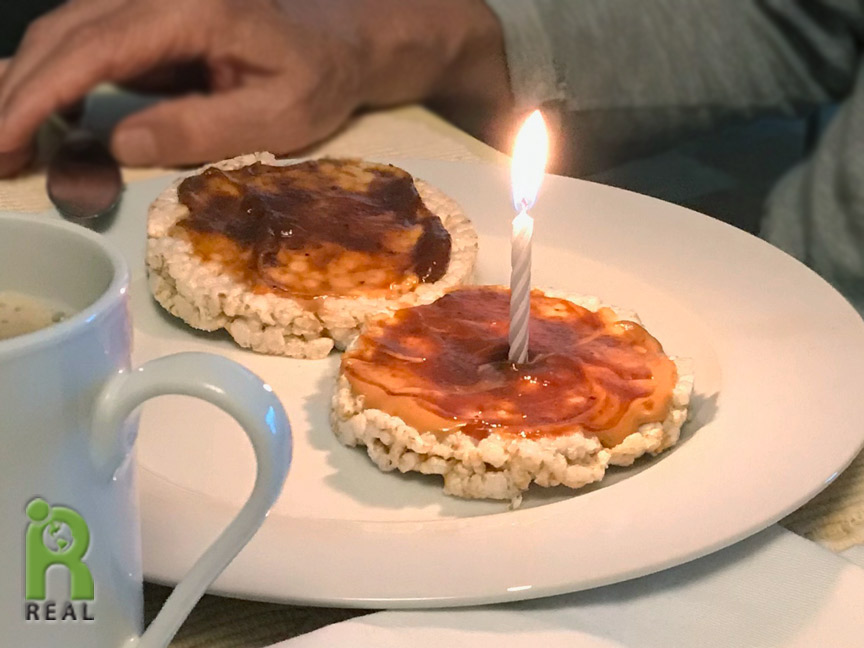 I had one of the organic Buckwheat Crepes I had made yesterday with organic Pears and organic Peanut Butter inside along with an organic Red Grapefruit and orgnanic Genmaicha tea. 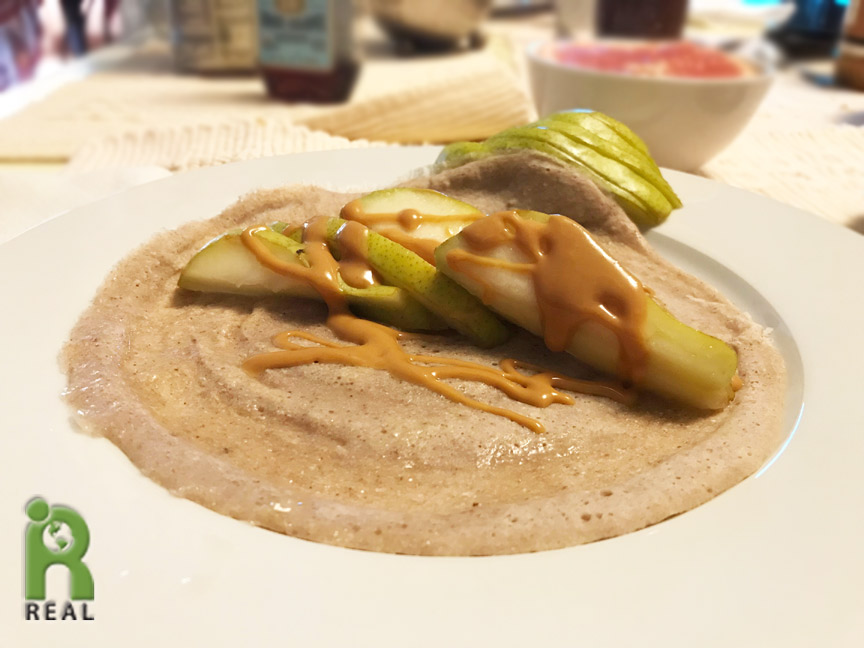 We were off to the Manhattan playground. First stop was the TKTS Booth at South Street Seaport where we bought tickets for Hadestown for tomorrow’s matinee. It was raining and we notice the “by Chloe.” restaurant across from where we bought the tickets. “by Chloe.” is vegan so we decided to get something there. Normally we wouldn’t go to this restaurant chain because the other ones we’ve seen are small, cramped and crowded, and we didn’t like how the partnership with their namesake Chloe worked out, causing her to leave. But this place was right there, it was light and airy and well, it was raining. So we went in. We shared a Chloe-ess Cupcake and a Veggie Burger. 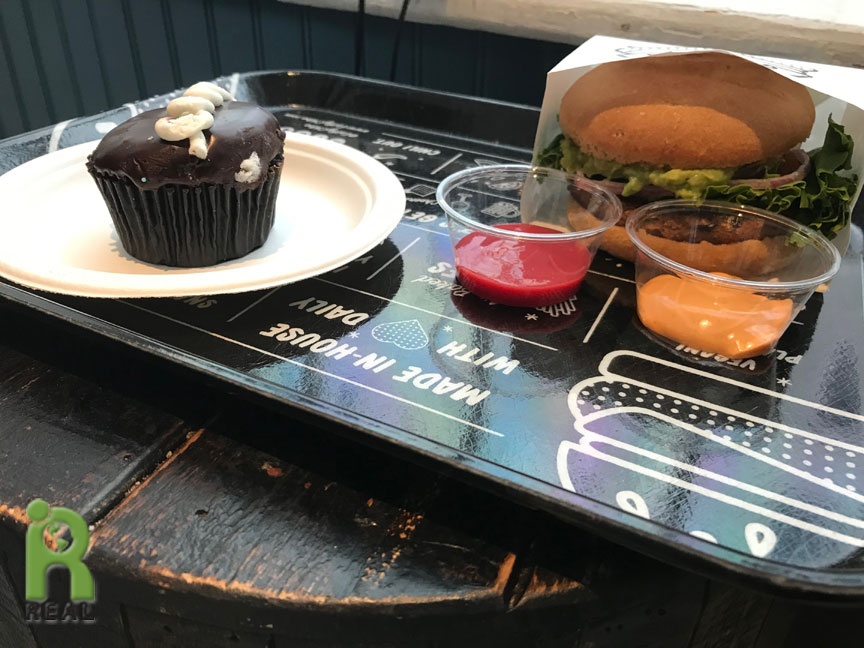 Next on the agenda was to walk to the Blue Note to but tickets for an upcoming Joey Alexander concert. After making our reservations we stopped into a La Colombe Cafe for tea. I had the Turmeric Ginger and Gary had mint. We topped our drinks with steamed Oat Milk. 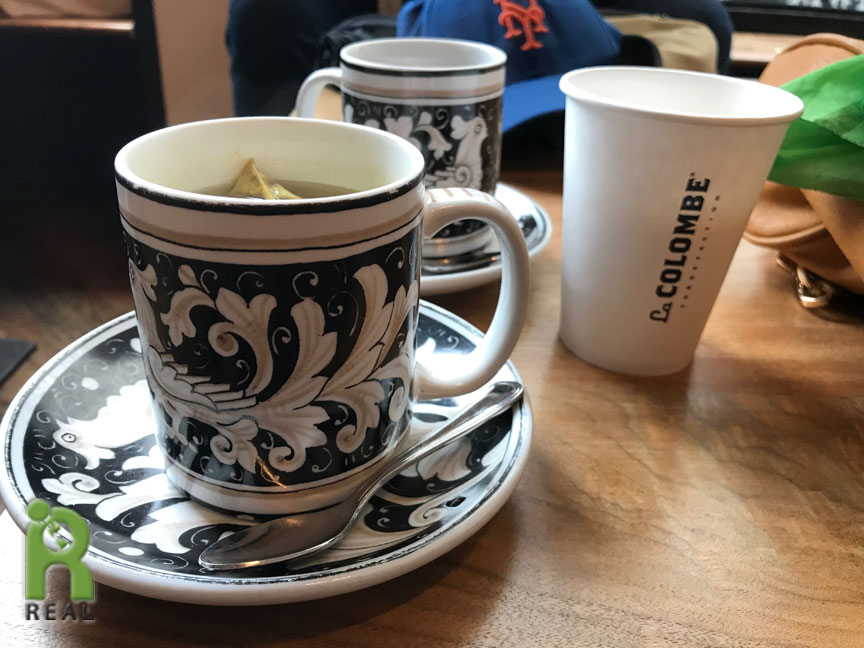 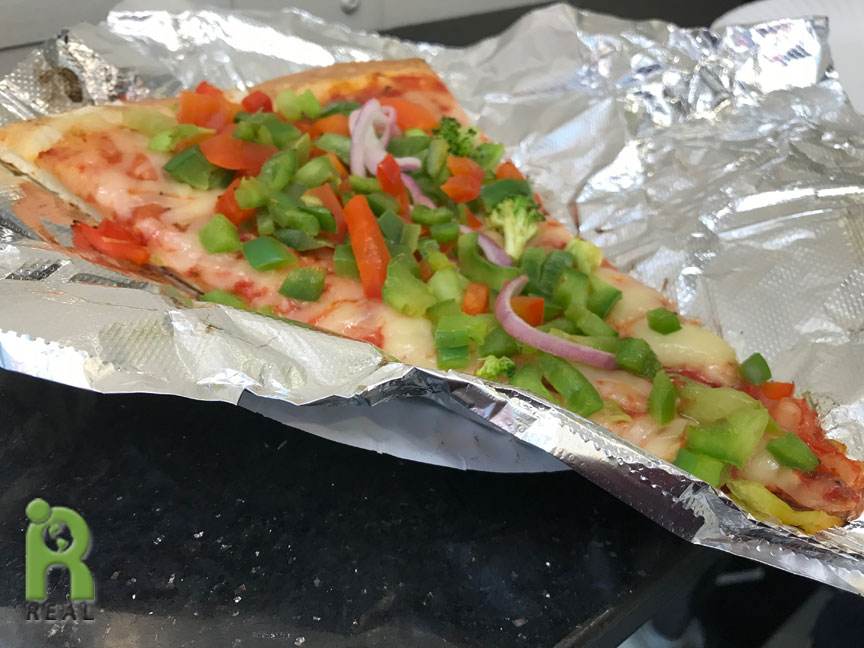 After the film, we walked to the East Village to eat at Bar Verde, a Matthew Kenney restaurant. We had the Nachos. They were gorgeous and yummy. 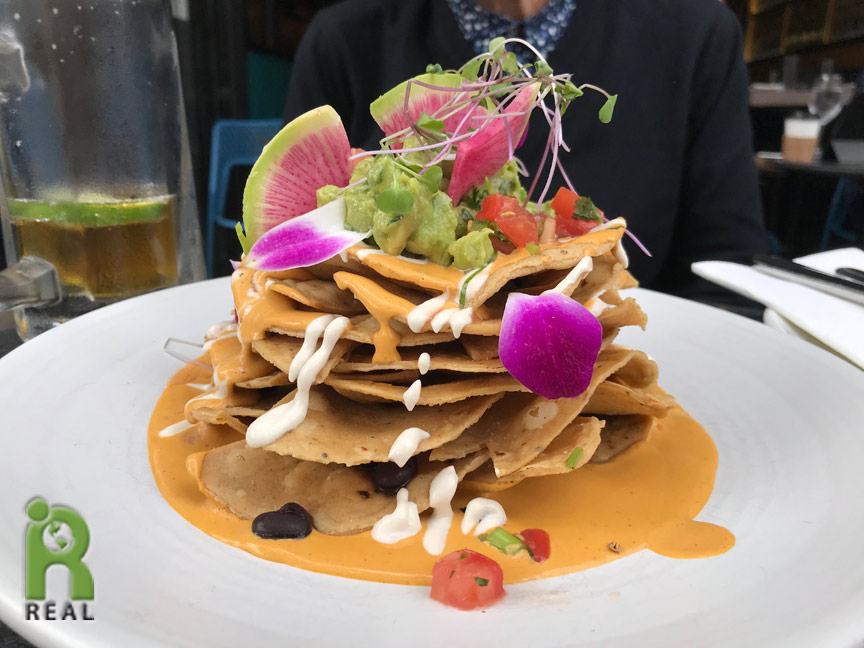 I chose the Maitake Tempura Tacos and Gary had the Farro Tacos. The flavors were light and lovely. 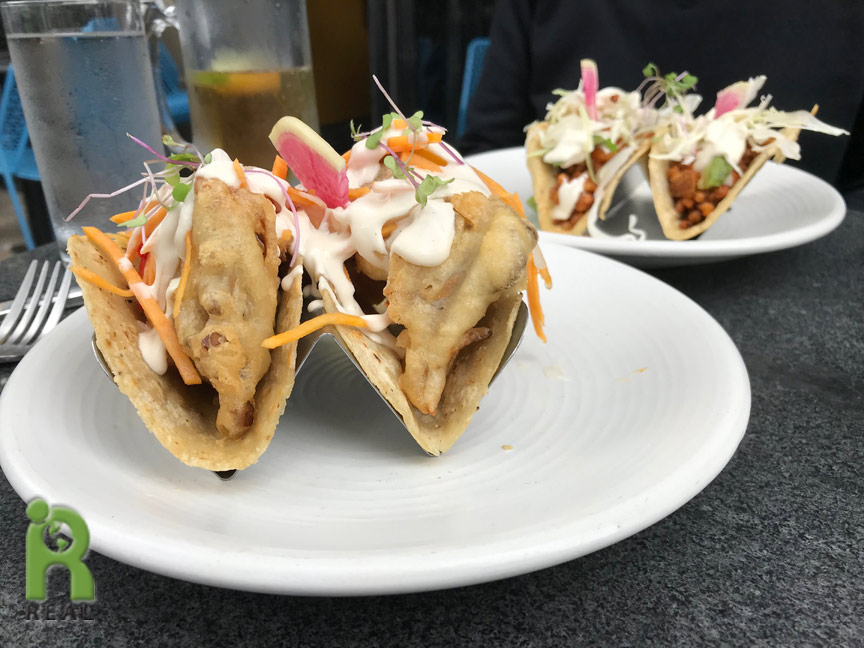 We were searching for vegan birthday cake for Gary and walked to Erin McKenna’s Bakery, and Rawsome Treats. Nothing looked desirable and then we saw Bive which boasted vegan ice cream. All the choices were vegan except one which had beef collagen. Ew. Why would anyone do that? It’s disgusting and we do not need to supplement collagen for health. That’s some crazy notion not supported by science. But all the other flavors were vegan as were the colorful cones. 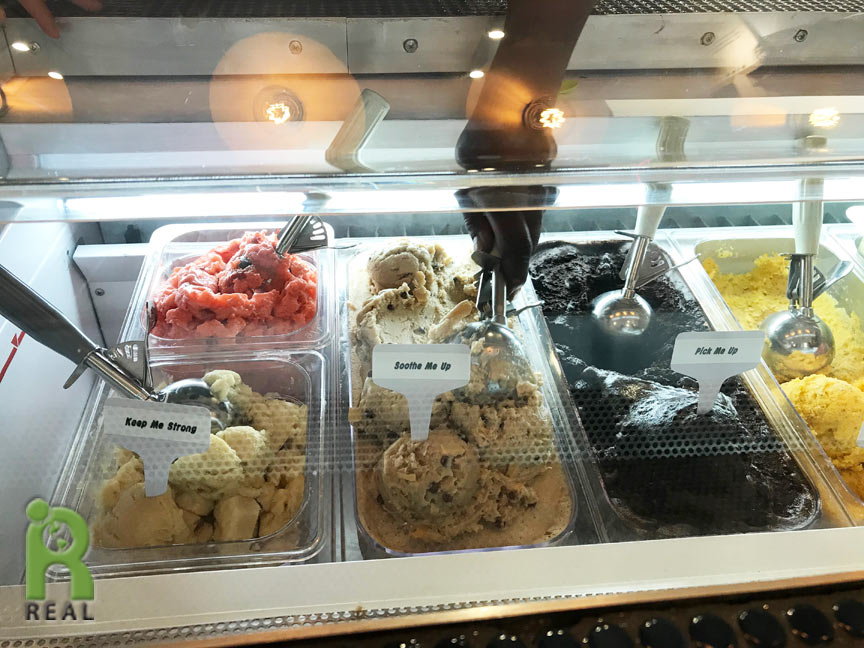 I chose the Soothe Me Up (Valerian root, Toasted coconut, Almond milk, Coconut cream, Dark chocolate chip and Vanilla) in a Lavender cone and Gary chose the green Matcha Cone with a flavor name I can’t remember! It had Chocolate, Peanut Butter and Maca. 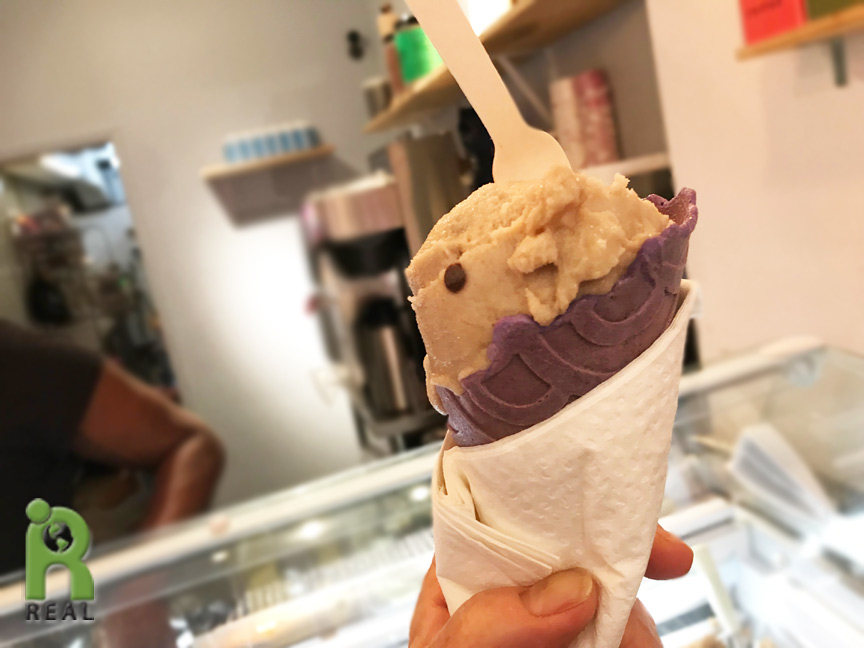 It’s been a fun day!