First Meal: We are back in San Jose, CA staying downtown at the Hilton. We are going to Gary’s brother’s company holiday party tonight at the Hotel De Anza. Gary’s parents had their wedding party there, a long time ago! We thought we would spend the weekend downtown, without a car, walking and getting a Lyft when needed. The impending rain was not on our itinerary! We walked to the Vegetarian House and were greeted by some of our favorite staff people there, Lorna and Wendy. This time we saw the manager, Sunny too. It’s always a treat to see him and bask in his light. He was happy to report how well their catering business is doing, spreading the word about plant-based eating, deliciously. I started with the Raw Spicy Thai Wrap with Shredded Cabbage, Carrot, Bell Pepper, Onion, Cilantro & fresh Mint in a lightly spiced Thai Almond Sauce with Coconut & wrapped in a marinated Collard Green Leaf. I was craving it. 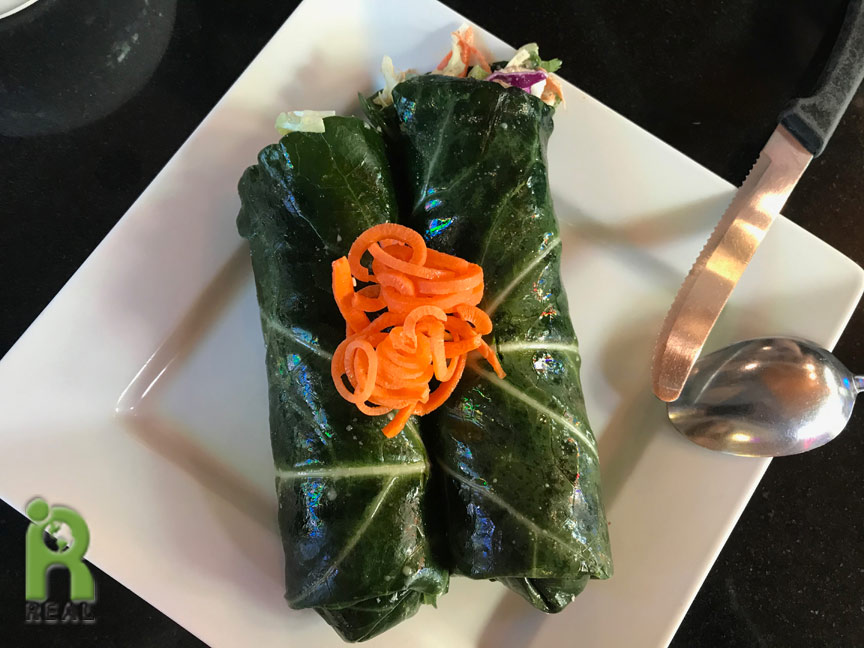 Lately Gary’s been choosing the Sensational dishes, on either coast. Today it was the Claypot Sensation, Bean Curd Cakes wrapped in Seaweed & braised in a rich gravy, topped with Black Pepper & Green Onion. 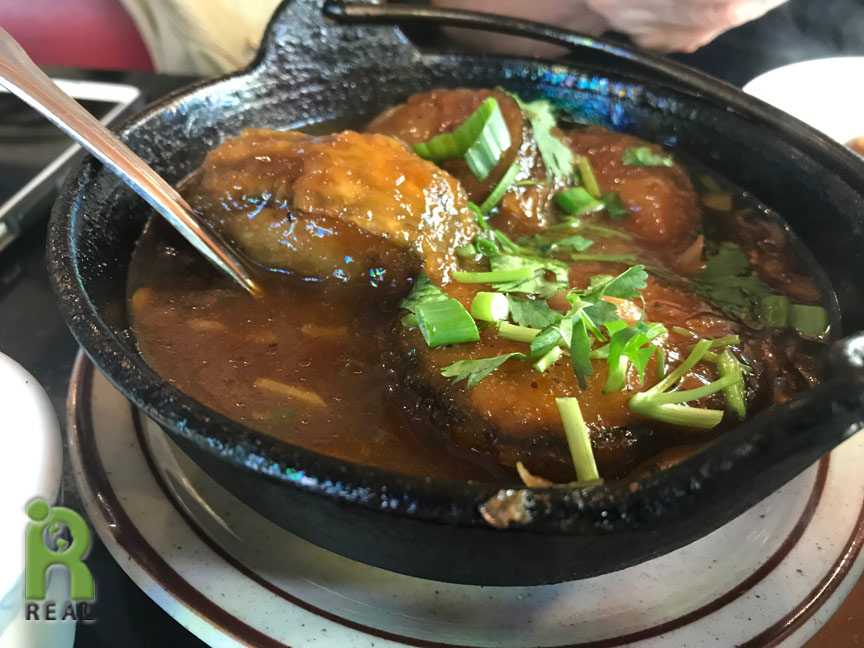 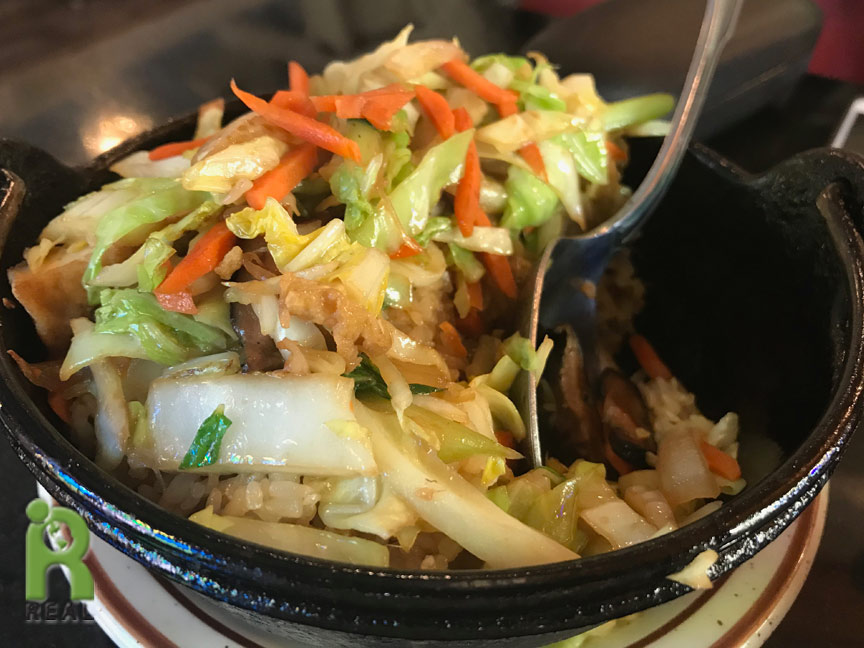 Treat: Walking back to the hotel we were not far from the Vegan Bistro. We hesitated and then walked in. We got a bunch of Vegan Donuts (Vanilla Custard with Chocolate, Lemon Custard, Maple Custard and a Cinnamon Roll) to bring to the party tonight. 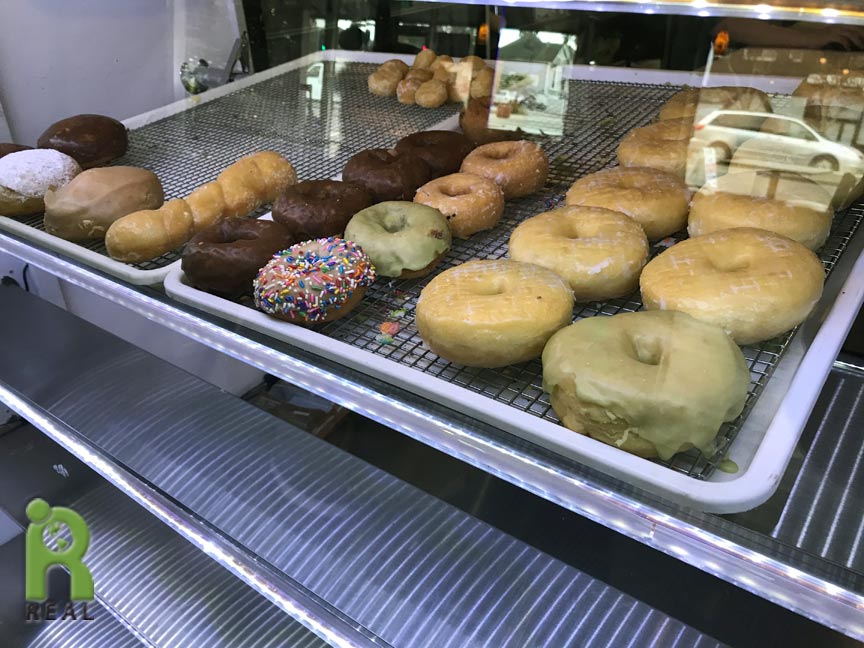 Second Meal: We relaxed and then put on our finery before stepping out to go the party. The rain had not started yet so we walked. The hotel is beautiful. It was festive and fun to see Gary’s family and old friends. Gary planned on drinking beer but he was served an Old Fashioned and stuck with that. I ordered a Dirty Martini but for some reason my body was not in the mood for alcohol tonight. I checked with the servers to ask if there was anything vegan that was going to be put out on the buffet. Nothing. Not a thing. I was a little surprised but I smiled and thanked them. One of the staff asked me if the chef could prepared anything for me and I kept saying no, it’s not necessary but he kept insisting. He suggested Gnocchi in Marinara. He verified that it was vegan and gluten-free. I ordered three servings, for me, Gary and his cousin Nancy. I was filled with gratitude for this food. Later in the evening I pulled out a couple of the Vegan Bistro Donuts to share with the group. Gary gave some away, not wanting to consume too much sugar! 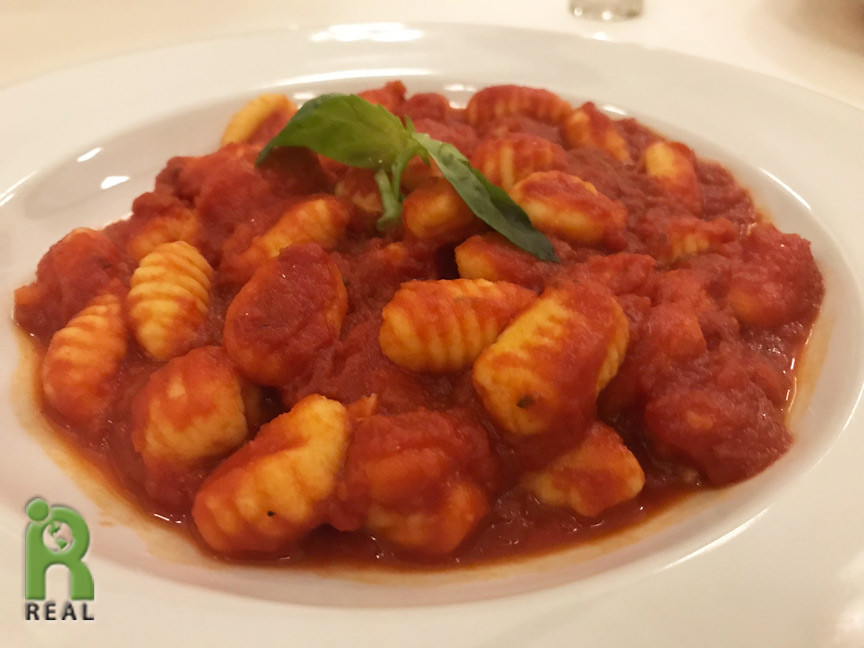