First Meal: Everybody has their handful of dishes they make all the time. We do too, but there are more than a handful. Buckwheat crepes is one of them. Every time I make them I marvel at how easy they are. I made mine savory with a Spinach filling, mixed with some of the Tomato Cashew Cream Tempeh Bell Pepper Bean stew Gary made yesterday. 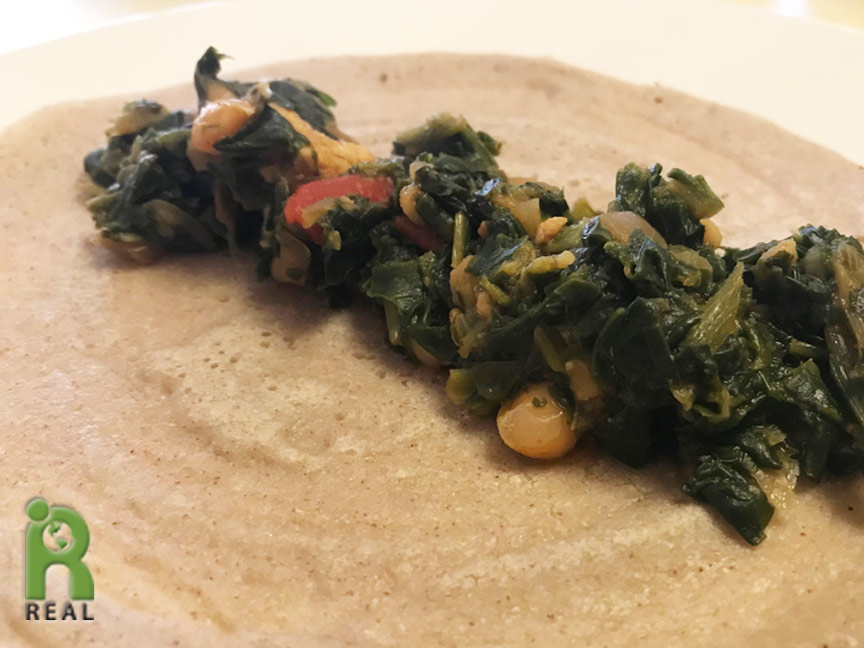 I started a Tap Dancing class today. I loved it! It was not without its challenges however. I had bought new vegan tap shoes about ten years ago and barely used them. I brought them to dance class and after a few taps, the sole fell off of one shoe and then the other! I have to get them glued back on. The dance studio is next to Fairway, a supermarket on the Upper West Side that I like a lot. I bought as much organic produce as I could carry home.

Second Meal: We’re taking the night off and going to Bareburger. I started with Collard Stem Fries. 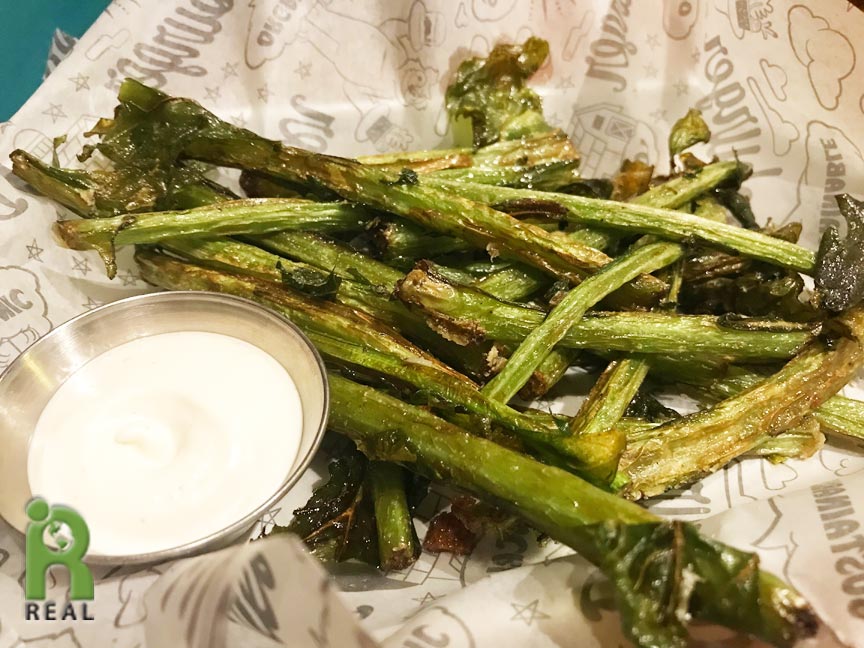 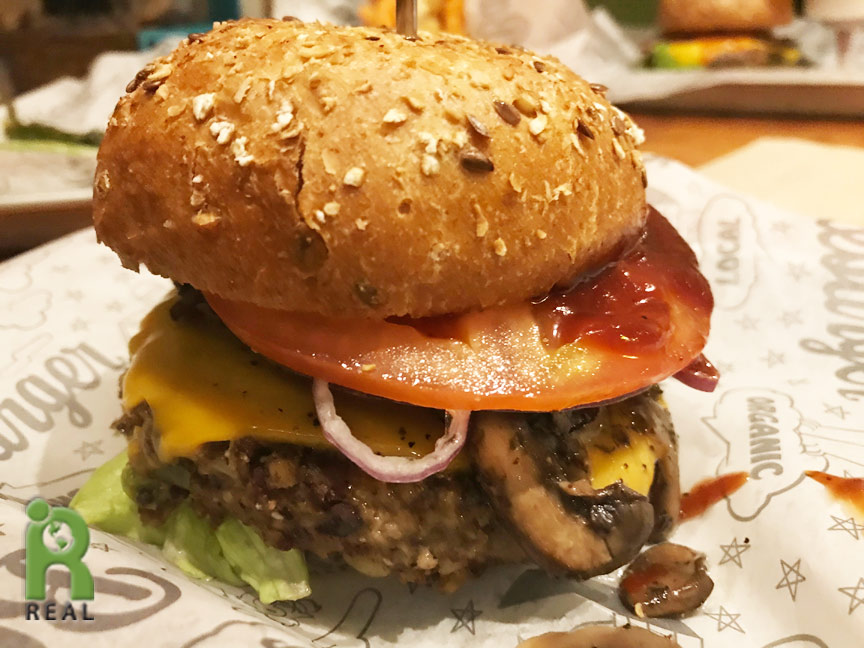 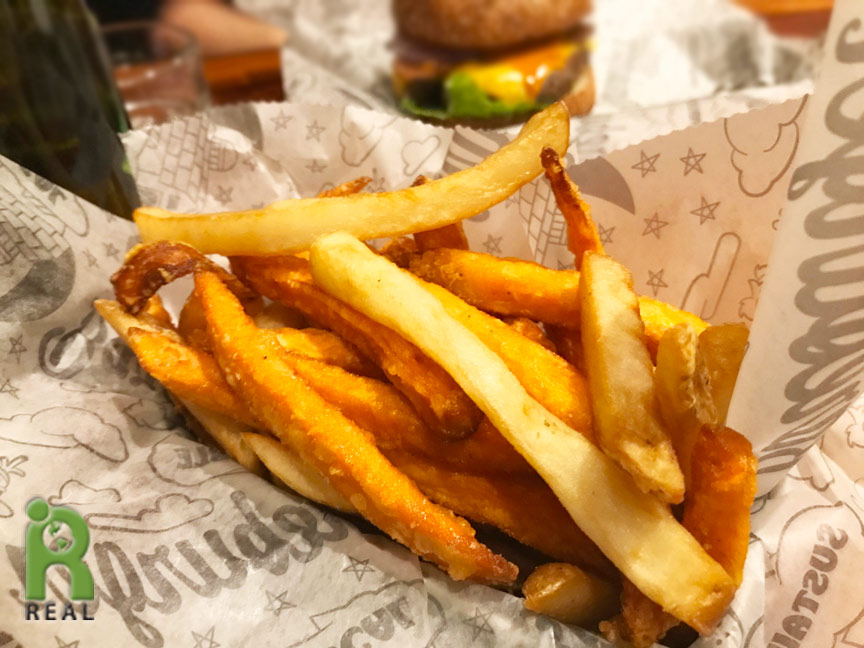 He chose the Big Bopper, which normally comes with the quarter pound beyond meat patty but he swapped it with the quinoa, chia & green pea patty. He kept the rest of the Big Bopper fixings which were organic tempeh bacon, american cheese, green leaf, red onions, tomatoes, special sauce and a brioche bun. He said he preferred the quinoa, chia & green pea patty. 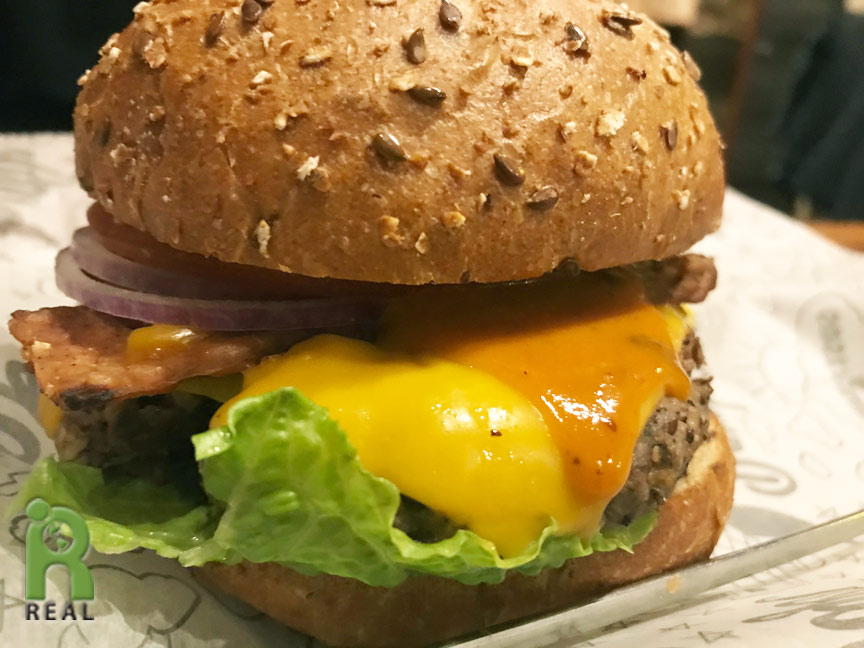 A satisfying meal was had by all.