First Meal: Gary had an audition today. This means getting up at the crack of dawn to get a good audition time. We both got up and I went to work. I didn’t eat until he came home. He stopped at Westerly and brought home Peanuts and Coconut covered Dates. We snacked on them as we got lunch together. It was easy with leftovers, Asian Slaw, Baked Tofu, Quinoa, Cauliflower and the last of the Butternut Squash Flageolet “Cassoulet”. 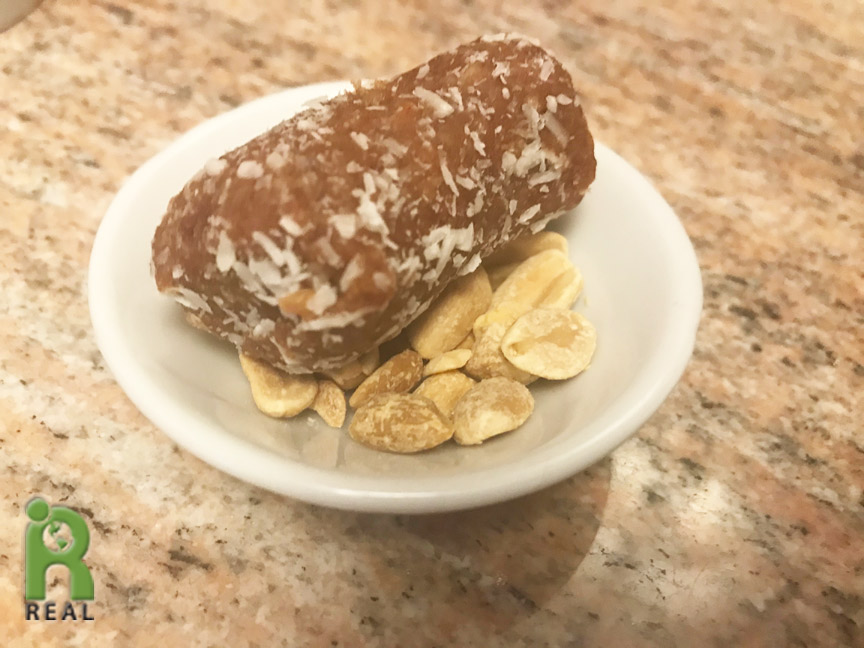 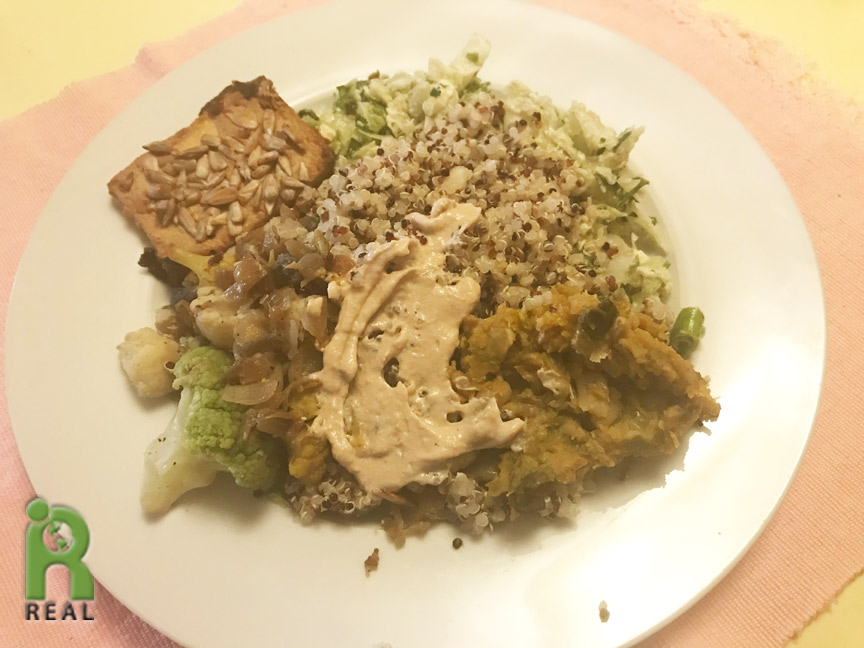 Snack: We’ve been flying high today. Gary had a great audition with director, Thomas Sadoski, for a new play titled, Perry Street, opening this summer Off-Broadway at MCC Theatre. It’s rare that an actor gets to actually read a short scene from the play (“sides”) with the director reading the other role. Gary said it was really cool to read with Mr. Sadoski, because he’s such an amazing actor. He also said that Thomas told him he “nailed it” and that he’d been doing the scene all day with other actors and had to stop and direct them but Gary got it his first pass. As artists, it’s the little bits of encouragement— and/or “peanuts”— that make all the difference to help keep us going to audition after audition. And healthy vegan food helps keep you in good physical and mental shape. We celebrated with more Dates, symbolic of hopefully getting another “date” for a callback…and Peanuts, of course. A warm cup of Teecino with steamed Soy Milk finished everything off nicely. 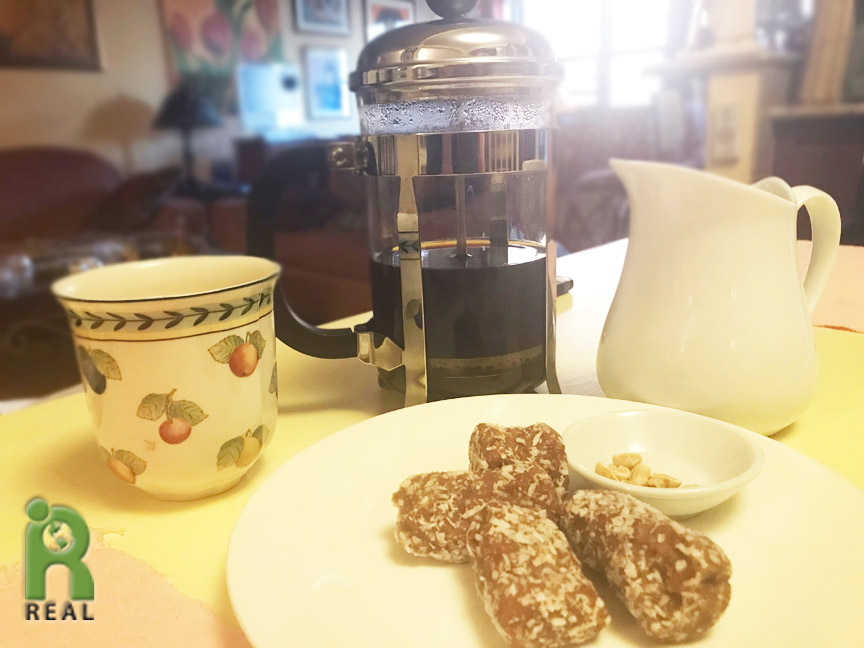 Second Meal: I made Borscht today with Beets, Carrots, Potatoes and Dill and topped it with Cashew Yogurt. 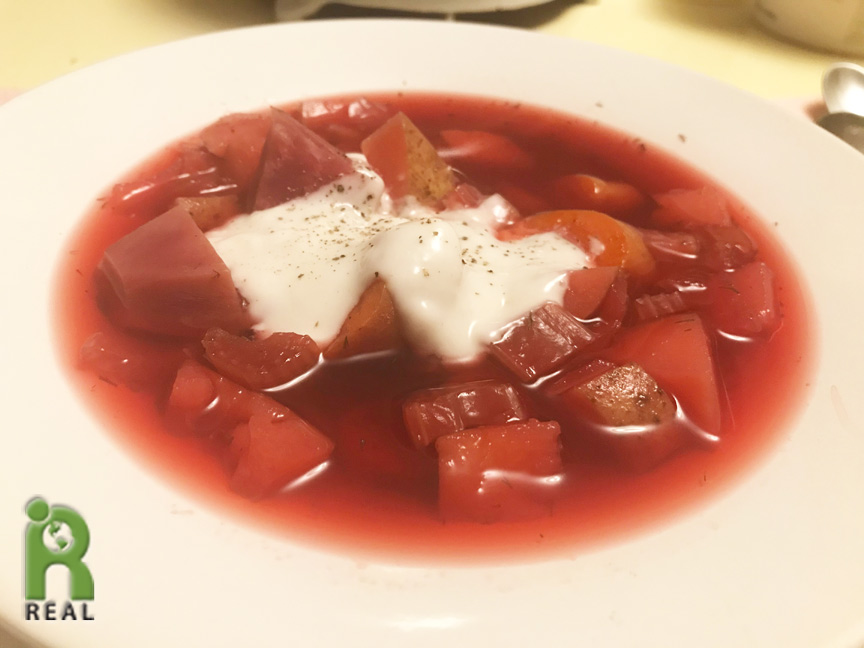