Breakfast: The nice thing about making our Fruity Waffle recipe is that there are always more for the next day. We had Fruity Waffles with a Blueberry Pear compote and Vanilla Black Tea. 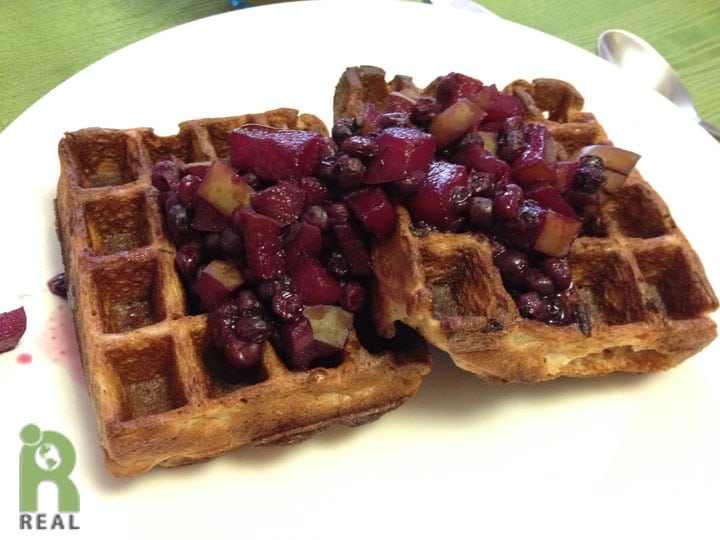 Lunch: When we make kale or collard salads we typically remove and save the stems for juicing. We had a huge pile of stems in the refrigerator. I would guess over a pound. It was time to do something with them. I blended them all up with water in the Vitamix. I saved half in a jar and froze it. To the other half I added 2 tablespoons of cocoa powder, 2 tablespoons of peanut butter, 8 frozen strawberries, 2 teaspoons of maca powder and blended that up. I poured some into a big glass and the other half into a jar which I froze. No photographs for you, it did not look pretty. I am calling it a Sludgie. It tasted okay and I sipped and chewed slowly. This was a major fiber event! Now I have one for tomorrow.

I spent the afternoon visiting my cousin at Memorial Sloan Kettering Cancer Hospital. She is being treated for ovarian cancer. Having been treated for ovarian cancer myself back in 2006-2007, I can honestly say I know what she is going through. I had made some green tea which I brought in a bottle with me to drink. When I arrived she showed me the menu. There were many vegan options, including several different tofu/vegetable combinations. I was impressed. I was not treated at this hospital but I did consult with a doctor there back when I was being treated. The food options have improved a great deal since then. Then she looked at the hospital activity schedule and saw that there was a comedy act we could see. We walked into the activity room when the comedian was winding up his routine. Some jokes on sheets of paper were being passed out, the performer was asking people to tell jokes. I offered to read the one on my paper:


Question: What kind of coffee was served on the Titanic?
Answer: Sanka

Funny that I would get a food-related joke! It was well received and then my cousin announced that I was a singer. I was not intending to sing, not prepared to sing and yet a few minutes later I was standing in front of the patients and their guests singing one of my favorite songs, Green Finch and Linnet Bird, from Stephen Sondheim’s Sweeney Todd, a cappella. Afterwards, I told a special story of mine, when I sang that song to a bird in a cage. If you haven’t heard the story, here it is:

I was in Modesto California, playing the title role in the musical Evita. I was staying with a woman who loved animals – she had a dog, a cat and two birds in cages. About cages let me say this: I don’t believe in caging any human or non-human animal. However, for the purposes of this story about a woman who had two birds I will continue. One bird was in a cage in the kitchen. There was a lot of light there and a lot of activity. But the other bird was kept in a cage in the living room. It was dark there most of the day and the room was not used very often. I felt so sorry for that bird. One day when my host was not at home, I went in the living room and spoke to that bird. I told him I was sorry that he was caged and alone. I told him I wished I could free him, but I was not in a position to do that. I decided to sing to him.

About a week later, my host wanted to tell me something. She was very excited. She said the bird in the living room had not sung for a very long time and it had begun to sing again.

I was happy to be able to provide a bit of pleasant distraction to the patients who were there. Those in charge of planning the activities then asked me to come and sing an entire program sometime soon. Perhaps I will.

Dinner: When I came home I was so hungry and so happy. Gary had prepared my recipe for Cassoulet! This is such an amazing dish I don’t know why we don’t make it more often. It’s rich, flavorful and so satisfying. 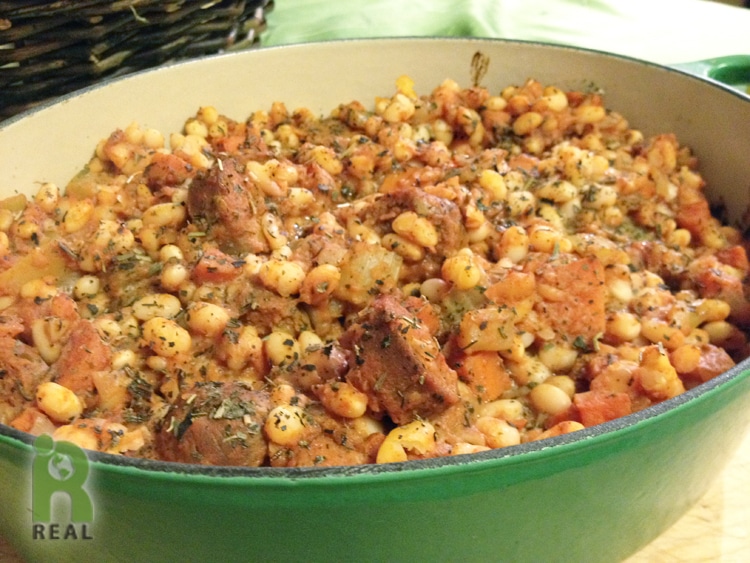 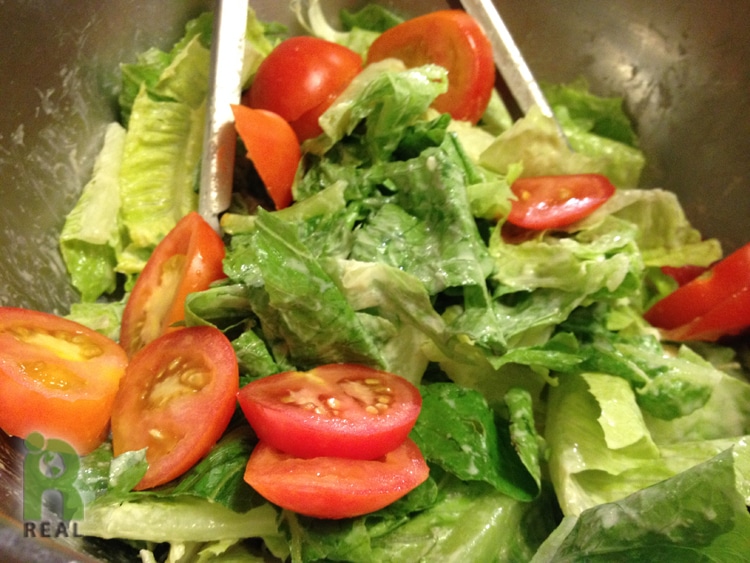 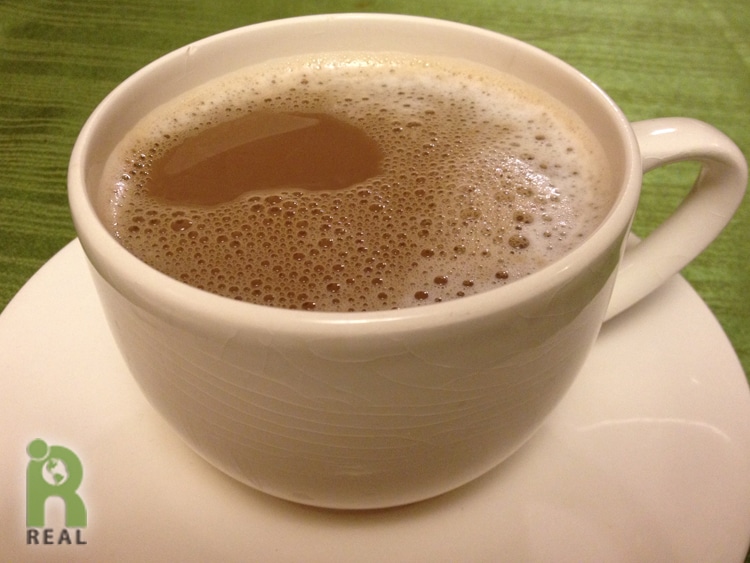