Breakfast: I wanted something like rolled oats cereal but lighter. I filled a bowl with chopped Apples, Bananas, Raisins and Strawberries, dusted it with Cinnamon and poured some unsweetened Almond Milk over it. It was just what I wanted. 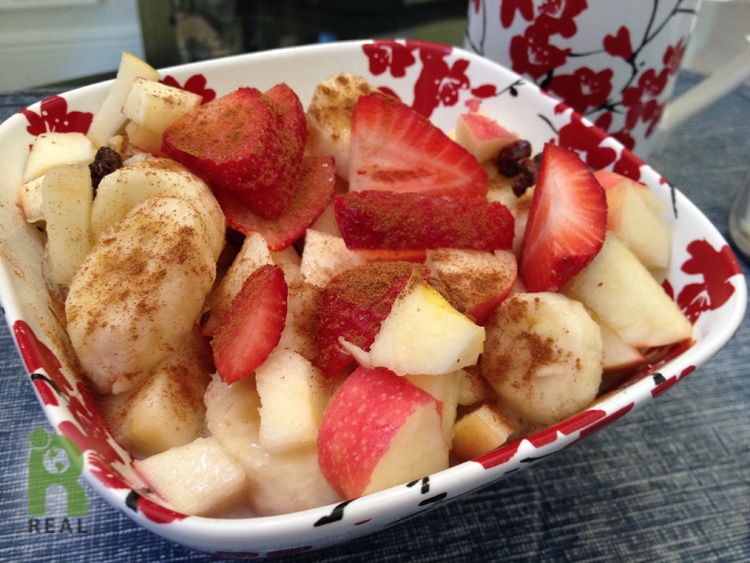 Daily Green Juice: I’ve been to this area I am visiting before and it’s ideal for running. I could not wait to get outside for a run. I remembered from the last time I was here that there was an organic vegetarian/vegan cafe nearby. I hoped they were still there! I checked online and they were, a little more than 2 miles away. The plan was to run there, have a juice and run back. Which is exactly what I did. 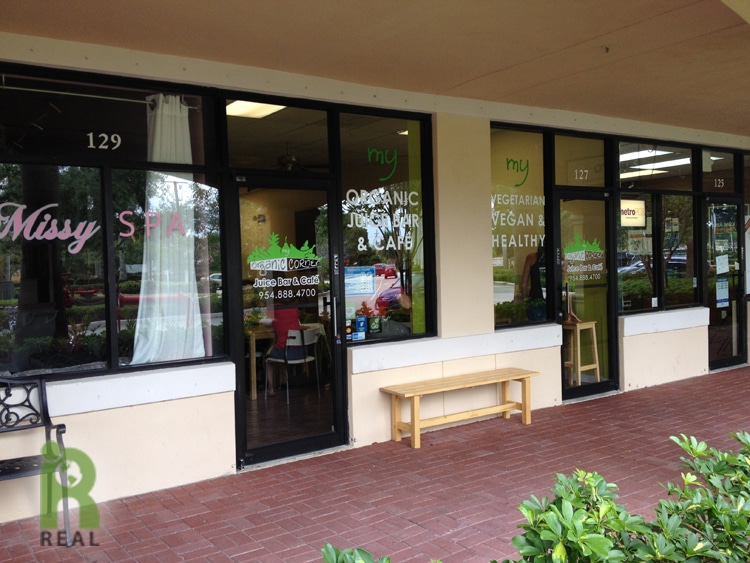 I was delighted to see the place was packed on a Friday for lunch. There were about 25 customers in this small cafe. I ordered the Green Juice, no apple, my signature green juice order. It was made with Celery, Cucumber, Kale and Lemon. It’s my favorite mix. I took a sip and wow, it tasted salty. That’s the celery, packed with electrolytes. 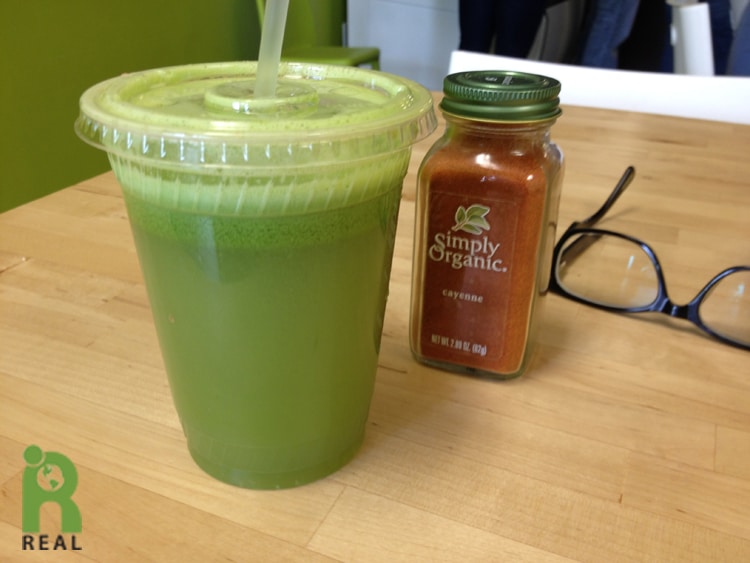 On the table there was Cayenne Pepper. I had been thinking of sprinkling Turmeric and Black Pepper in my daily juice to give it an extra super immunity punch, but cayenne was all that was available. I thought, “Should I sprinkle some in my juice?” I texted Gary and he thought it was a great idea. I sprinkled once, tasted it and went for a second shake. It gave it a nice kick. 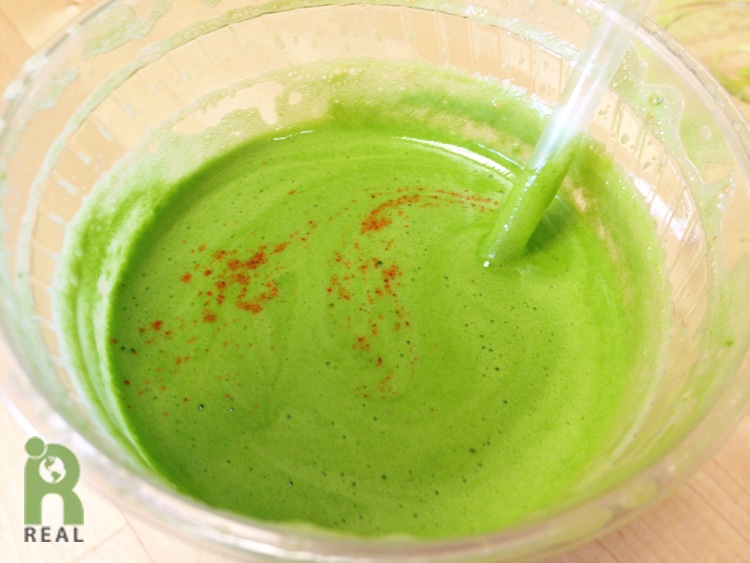 Lunch: I had promised to make my hosts some Creamy Kale Pesto. You can learn a lot about a new recipe by making it in other people’s homes. The garlic cloves they had were big, so I used one clove instead of 3. The Black Pepper was sharp and I realized after adding the 1 teaspoon that I probably should have started with about half. There was unsweetened soy milk in the cupboard, but I didn’t see it and went for the unsweetened Almond Milk in the refrigerator. The result? It was still good, but different. I served it over steamed Potatoes, Onions and Carrots. 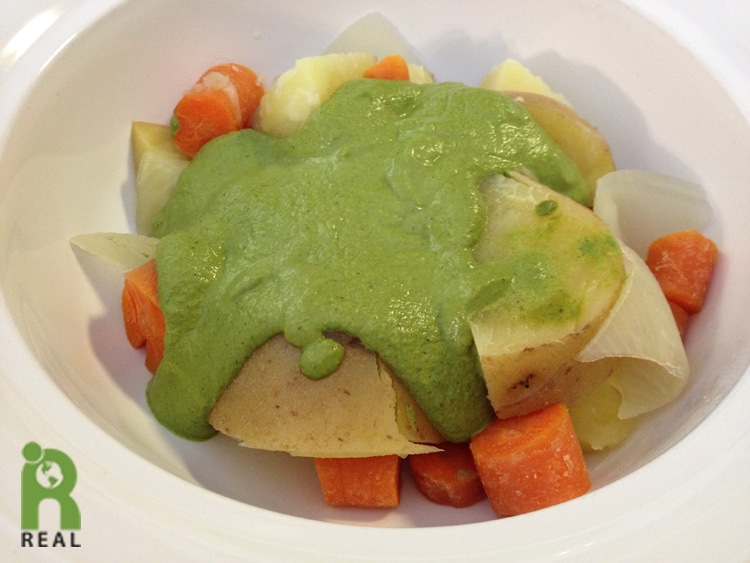 Dinner: Back at the airport to take a flight home, things got interesting. All the flights were delayed because of a thunder storm. No one was sure how long it would linger and the place got more and more crowded. Everyone was crowding around the electrical outlets to plug in their devices. I thought I would see if there was something I might like to bring with me on the plane for dinner. I found the Food Network Kitchen. It was a cool looking space for an airport fastfood joint, all stainless steel and high tech looking. 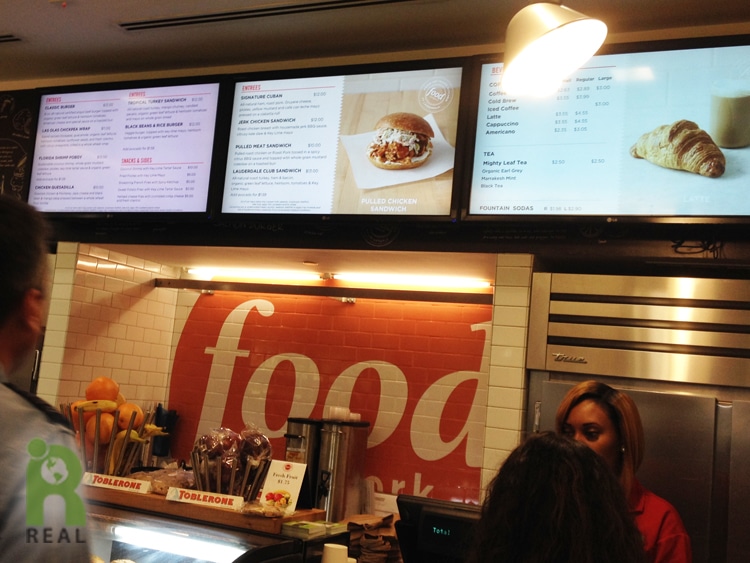 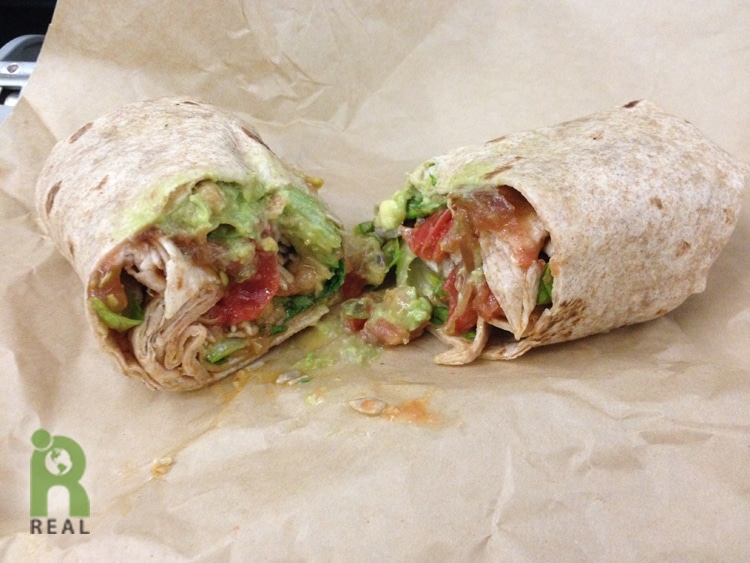