Breakfast: Over the 4th of July we are doing double double duty. We’re house sitting at Gary’s sister’s in San Jose and, over the holiday weekend, we’re also up at Gary’s brother and sister-in-law’s in Monte Sereno. Good thing there are two of us. In Monte Sereno we’re up early to feed the dogs and then get to feeding ourselves. We travel with laptops and food staples: Rolled Oats, Bananas, Fresh Blueberries, Soaked Chia Seeds and Soy Milk, plus Irish Breakfast Tea. 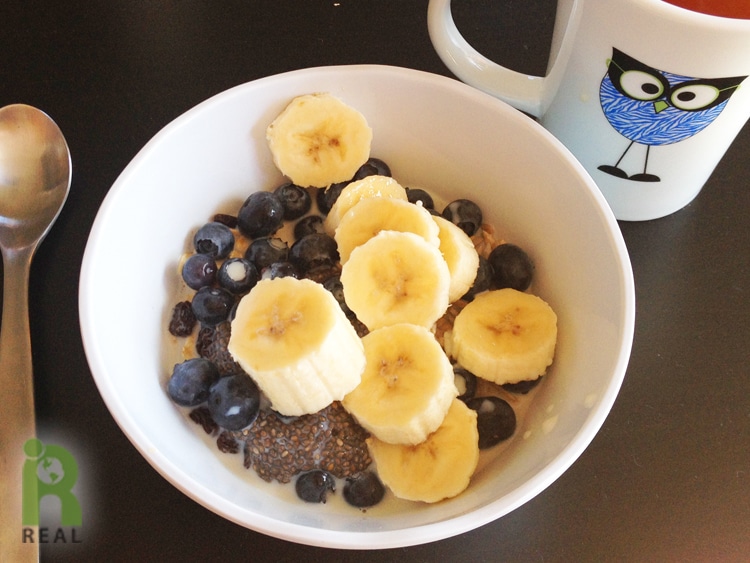 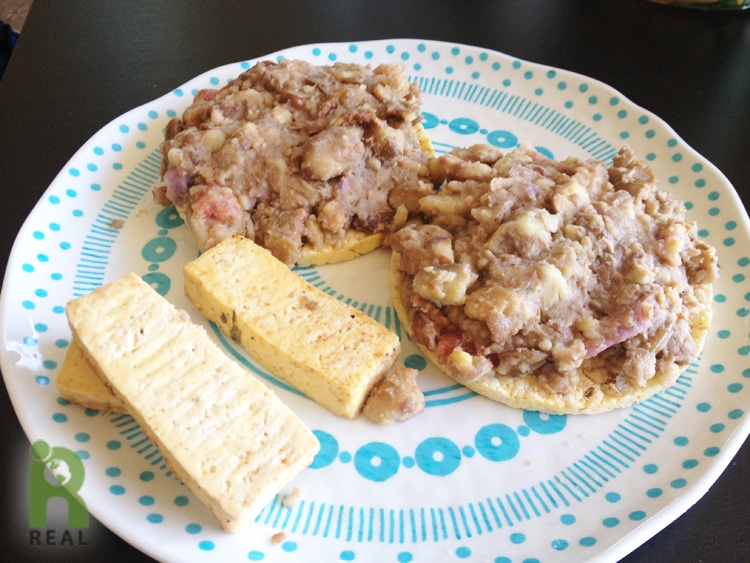 Dinner: The concept of oil not being a healthy food has reached Gary deep within his core. This is especially admirable since he is of Italian descent where olive oil naturally runs through his veins. His culinary genius continues to expand and amaze me. He had been making tasty salad dressings from leftover bean spreads the last few days and he did it again for dinner, adding lots of lemon juice from cousin Nancy’s tree to the small amount of remaining Fava Bean spread. He tossed it with Mix Greens and sprinkled it with Dust (nutritional yeast). He also prepared a Zucchini Chickpea Summer Stew made with freshly picked herbs from sister Deb’s garden, Zucchini from cousin Nancy’s garden and some onions and shallots scavenged from Deb’s refrigerator. Corn Tortillas and Ezekiel Sprouted Grain Tortillas were served warm on the side. 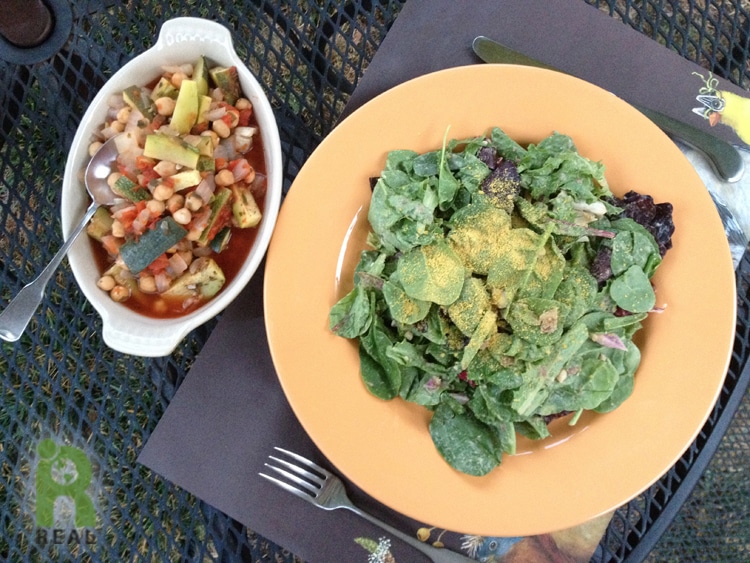