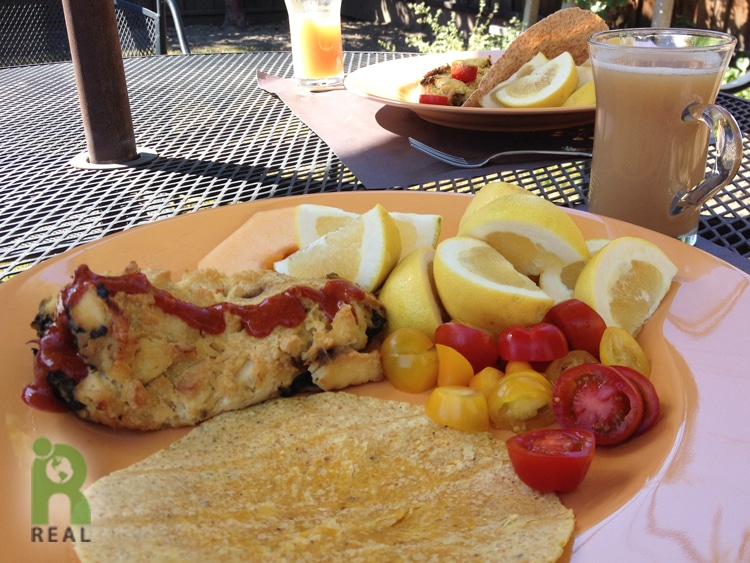 Snack: We walked over to the Alameda in San Jose when the Rose, White and Blue Annual Parade was ending. I don’t like crowds so going at this time enabled us to see some of the festivities and celebration without the mob. We continued walking to and we magically ended up at Whole Foods. We had an idea about making a fruit tart for our anniversary/Independence Day dinner and needed the key ingredient: fresh berries. We bought them and turned back to where we were staying. We walked 3.8 miles. I started on the tart which consisted of making the pie dough, baking it, preparing the custard, and assembling it. There was a litle leftover dough that I filled with blueberries. When it was done, Gary and I shared this Blueberry Turnover with some iced Teavana Rooibos Blueberry Bliss tea. 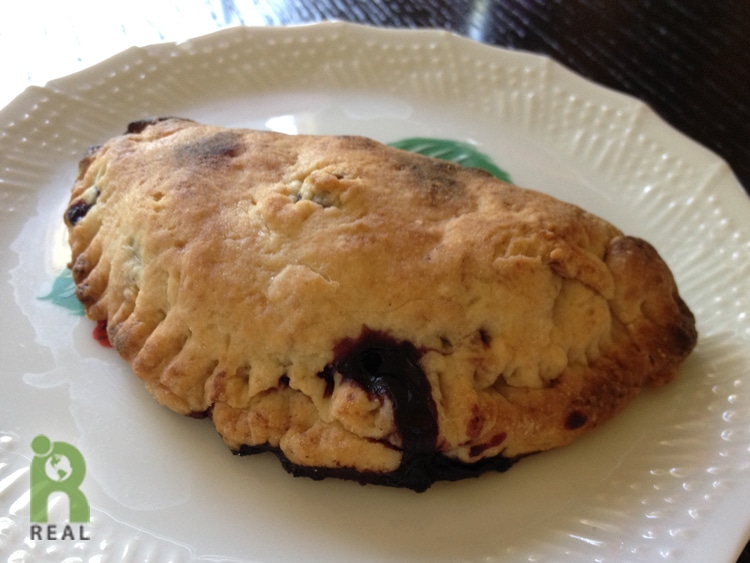 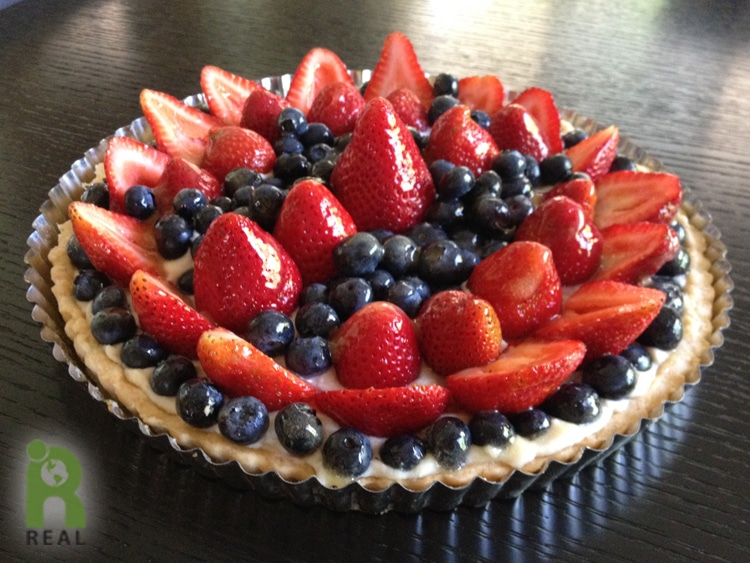 After the kitchen was cleaned up from pie-making, Gary got started on dinner. He made Independence Day Red, White and Blue Roasted Potatoes using small red, white and blue-ish (purple) potatoes. 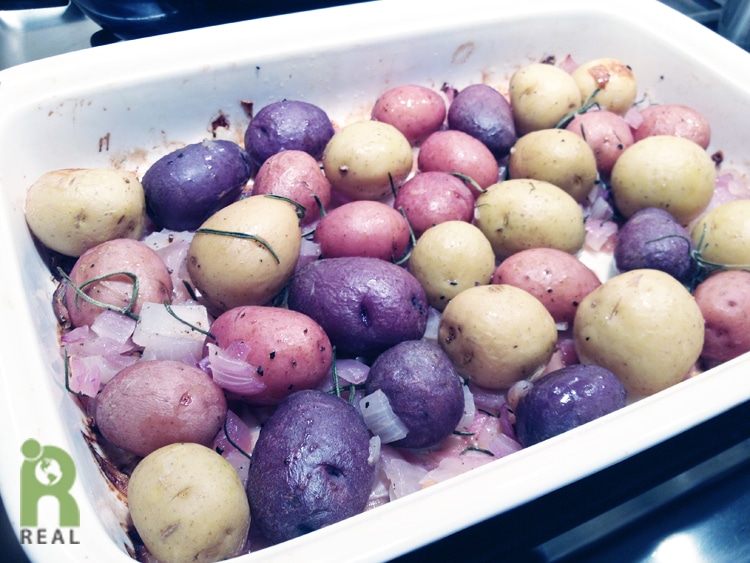 Dinner: We had a fun Independence Day meal, outdoors at the picnic table: Field Roast Vegetarian Frankfurters on Whole Wheat Buns with Mustard and Raw Sauerkraut; a Kale and Red Cabbage Slaw tossed with a Chick Pea and Tomato Herb Dressing, and Roasted Potatoes with Rosemary. Seconds please. 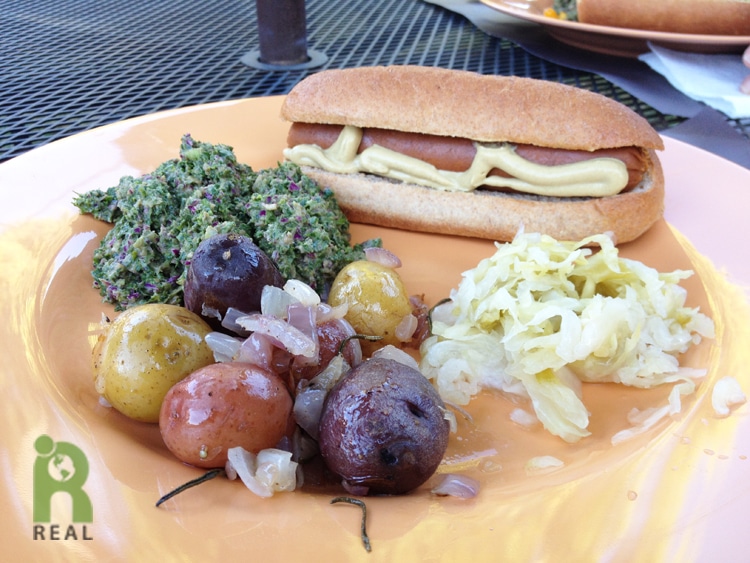 Evening: We were way too stuffed after dinner for dessert. Later we relaxed and watched Eddington and Einstein, a film from 2008 about how Astrophysicist Arthur Eddington (played by David Tennant) supported Albert Einstein’s (played by Andy Serkis) general theory of relativity. It was brilliantly acted and the story was fascinating. One of the messages I got from the film was this: faith in god along with religion limit our ability to think creatively in order to further our understanding of the Universe and perhaps, why we are here. One of the reasons I believe we are here is to experience joy, especially joy from eating good food. We each had a “sliver” of the Fresh Fruit Tart we had been dreaming of. 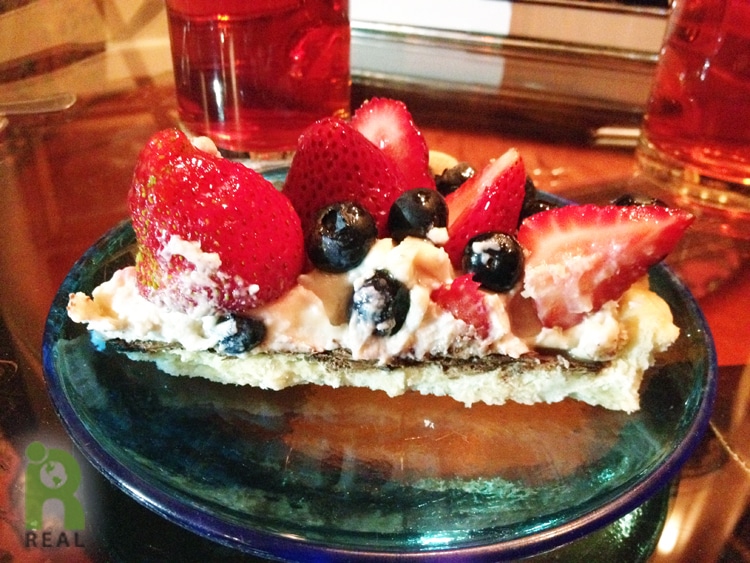