Breakfast: I had scheduled a doctor’s appointment long ago. In today’s world it seems that when you want to get a checkup you can never see a doctor right away. Although I was not in the mood to get up early for a 9am appointment in Manhattan, I did it. I brought along a bottle of water and a Banana.

Daily Green Juice: After my appointment I had scheduled two visits with friends. The first was with Gabriele Kushi or Kushi’s Kitchen. We met when we were on the board of EarthSave International and have remained friends since then. She was visiting from her home in Minneapolis to see her daughter who had been performing in Fuerza Bruta for about 7 years. We decided to meet at 1pm at the Whitney Museum. I decided to walk from the Mt. Sinai Clinic at 7 East 102nd Street to the Whitney down in the Meat Packing District. On the way I stopped at the Juice Generation for their SupaDupa Greens with no apple. 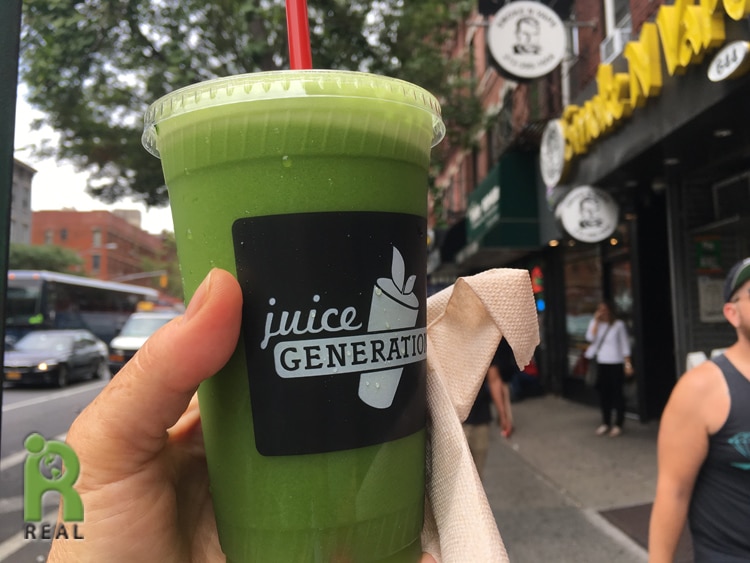 Lunch: After the Whitney Museum we grabbed a bite at Serefina’s. We shared the Insalata Di Porto Cervo with lettuce, carrots, hearts of palm, avocado, corn, and oregano-lemon dressing. I love the oregano! 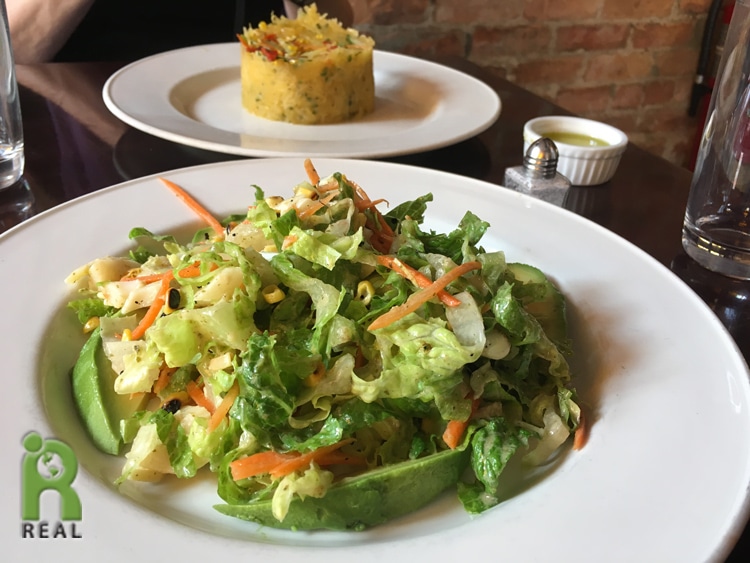 We also shared the Vegetarian Platter with spaghetti squash with sautéed mixed vegetables, pine nuts. We substituted the tomato sauce for olive oil since Gabriele does not eat tomatoes. It was stunning and delicious. We both talked about making this dish at home some time soon. 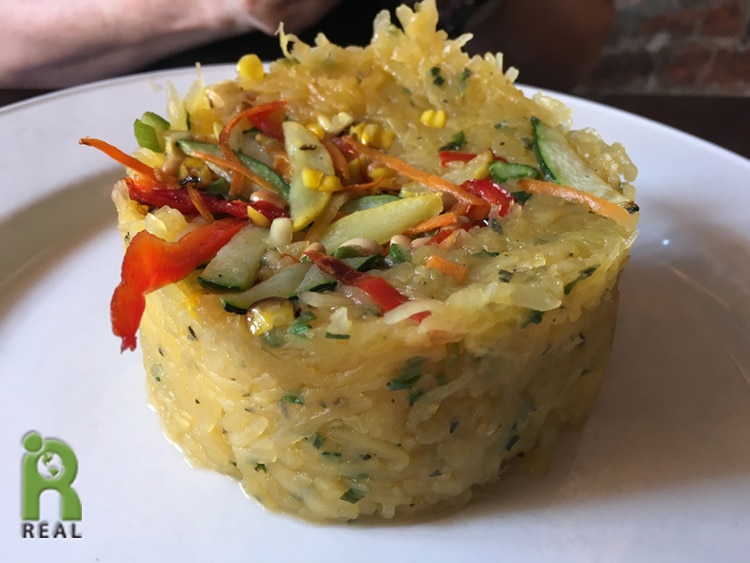 Instead of tea, Gabriele recommended having Hot Water with Lemon. I love it! Plus the tea cups were adorable. 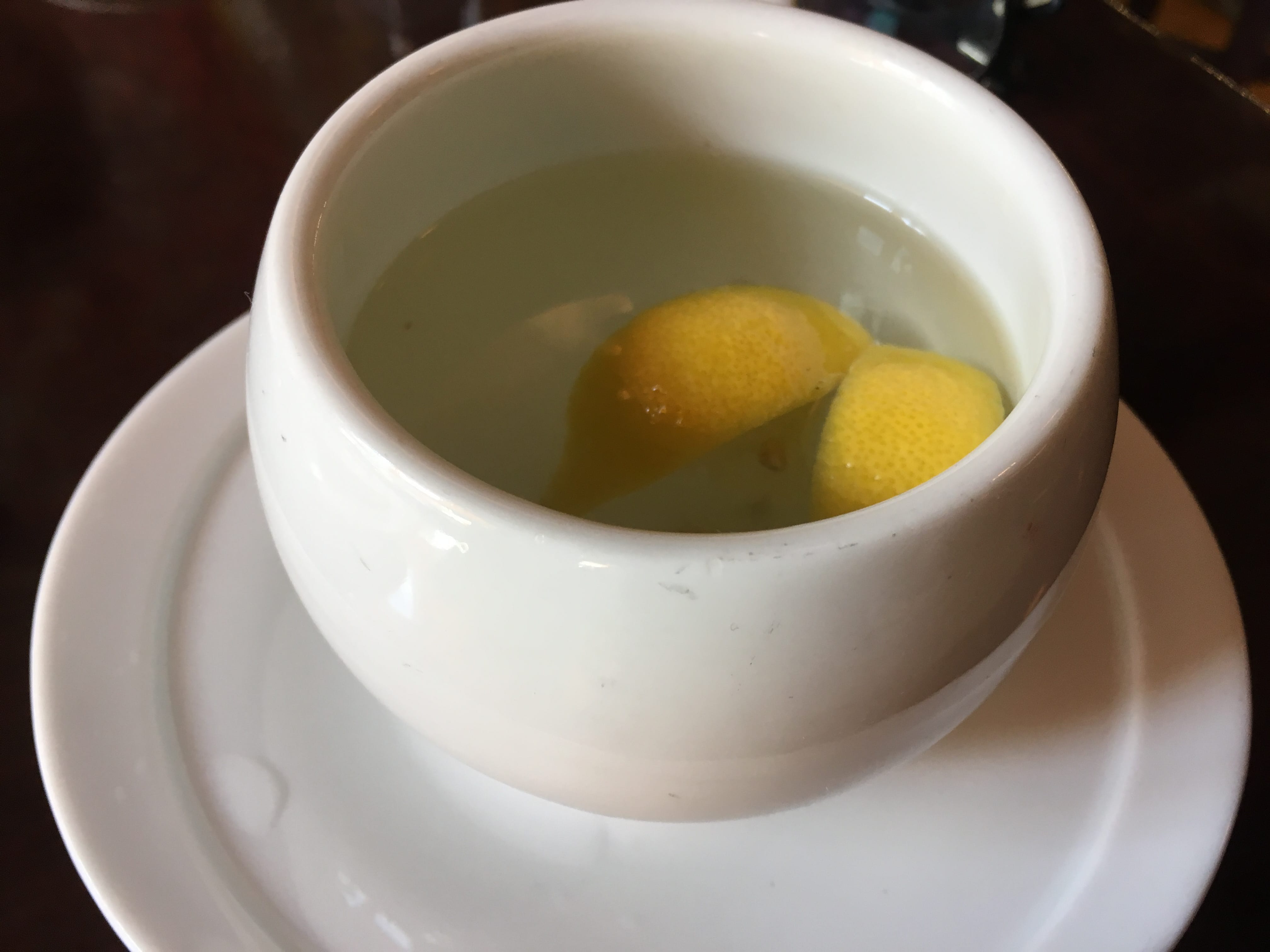 Dinner: On to the next visit, I walked down to Soho to an old favorite, Spring Street Natural where I was meeting my friend Nancy who lived in Brooklyn and worked in Manhattan. I got to SoHo about a half hour early. I had walked over 7 miles since the morning, with a laptop in my backpack. I was exhausted! I got to the street where the restaurant was and sat on a bench across from it. I sat there for almost a half hour before I realized the restaurant wasn’t there. I panicked! Where did it go? It had been there for at least 20 years!! I quickly searched for it on my phone and discovered it had moved around the corner. *Sigh of relief* Nancy joined me there a few minutes later although she walked into the restaurant next door by mistake and waited for me. A few texts later we were happily seated together in the right restaurant together. I ordered the Plantain and Avocado Rice with Tempeh. I had never had anything quite like it and I loved it. 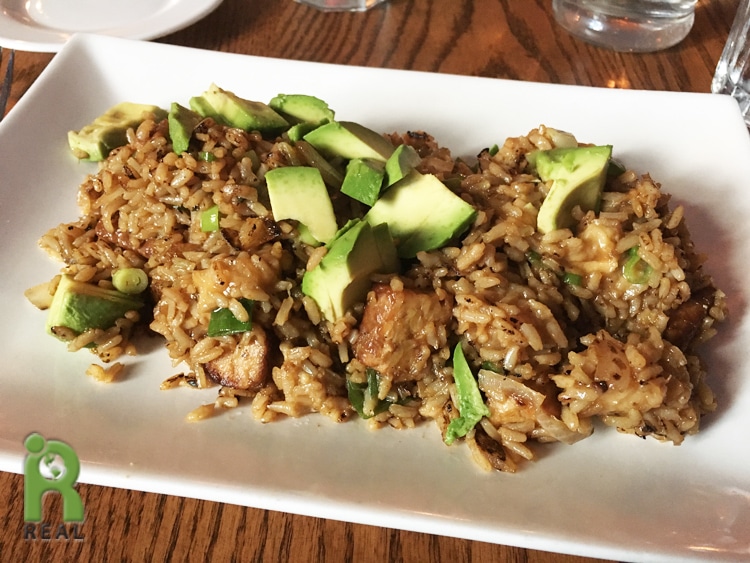 I noticed on the menu that they had a Veggie Burger that was vegan. It had Gary’s name all over it. I ordered it and brought it home for him to enjoy. We will be back to the new Spring Natural very soon! It is better than ever and more vegan-friendly. 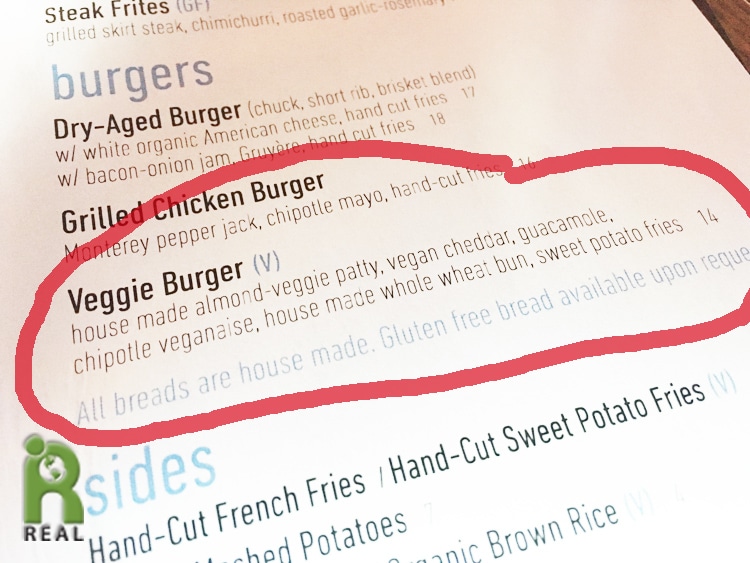 Evening: Gary had done a lot more food shopping during the day. We had Green and Red Grapes for a late night treat. 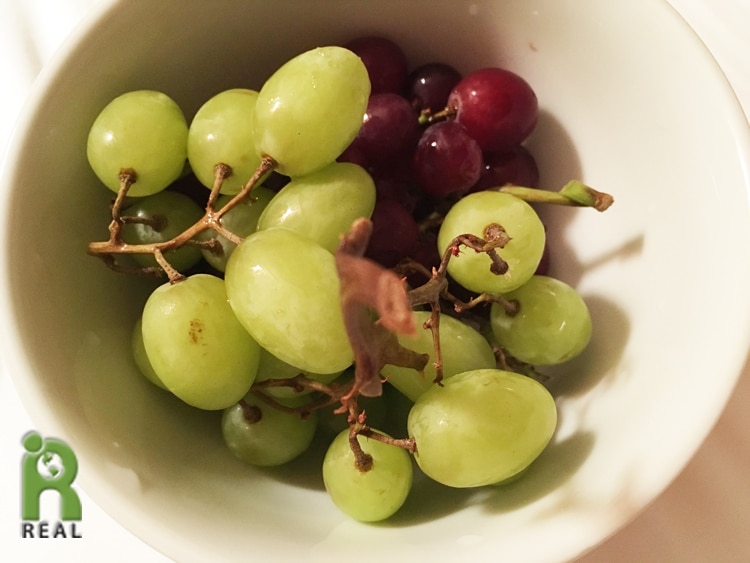 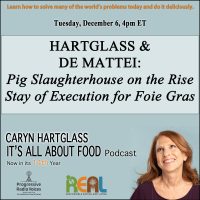